Passivity Is The Enemy Of Security

Regarding Ukraine, Western leaders must learn from their past blunders and half measures. 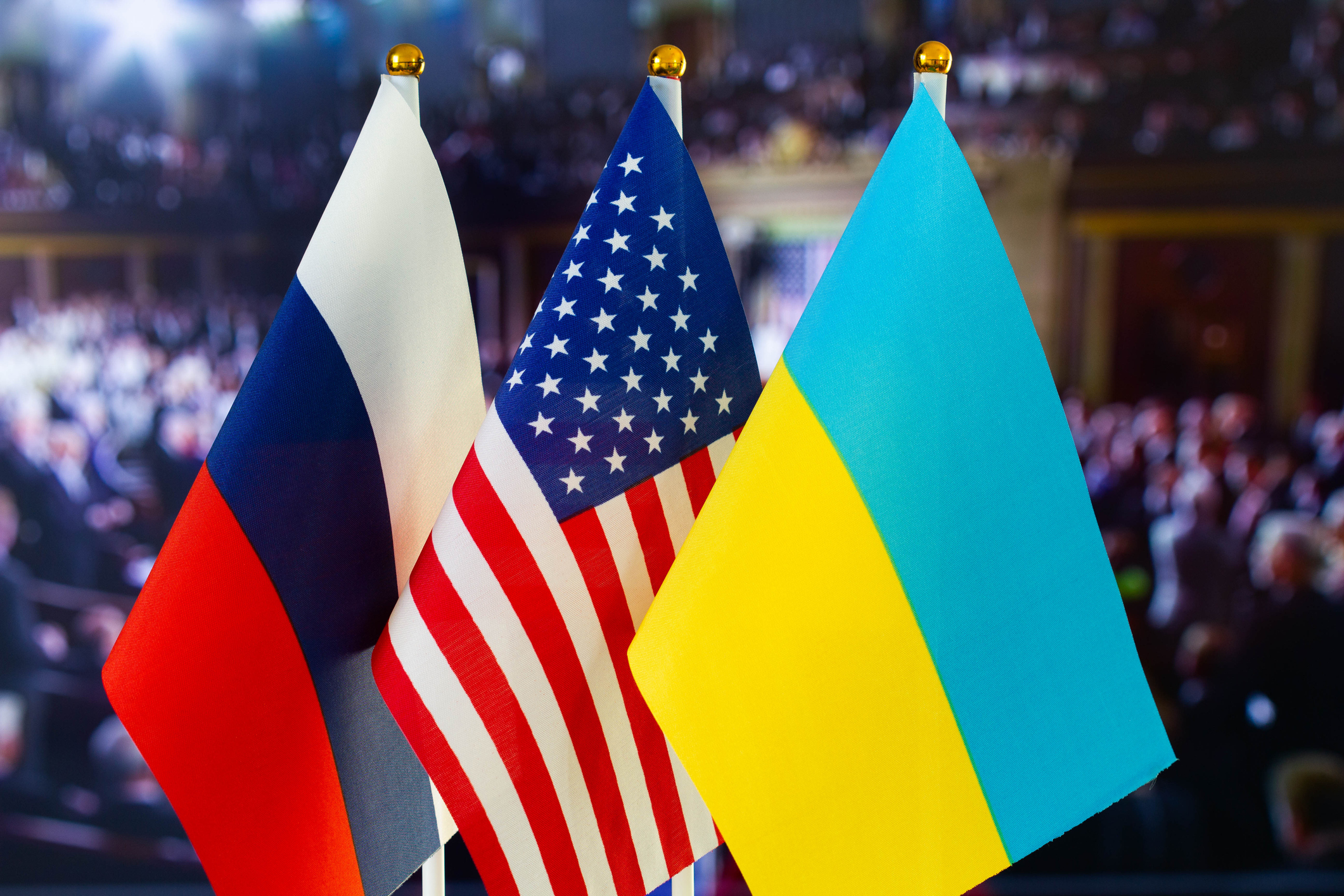 Passivity Is The Enemy Of Security 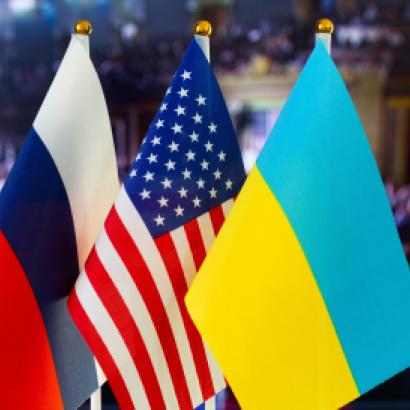 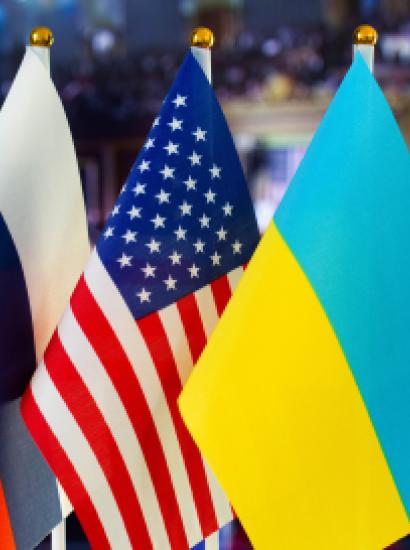 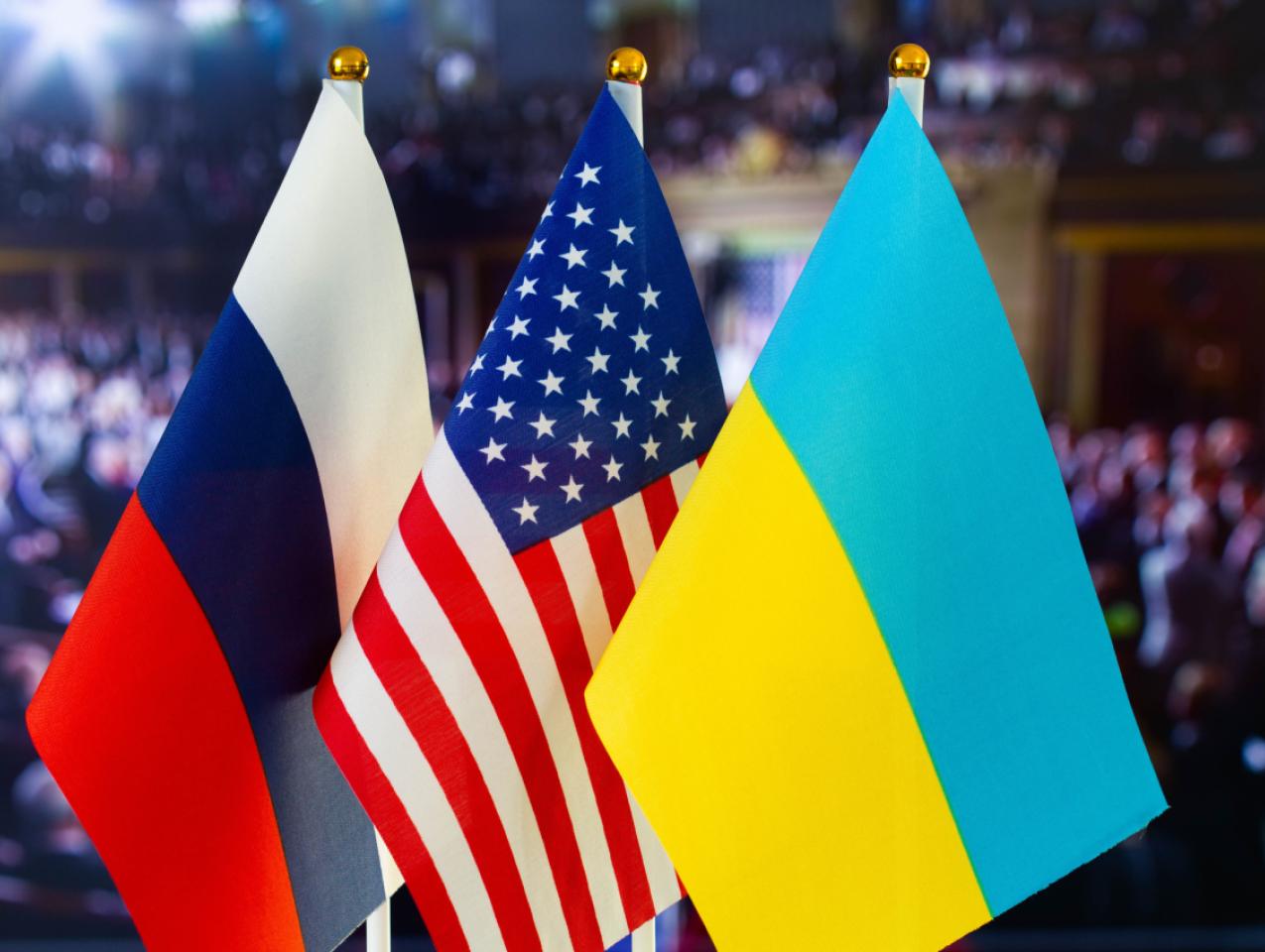 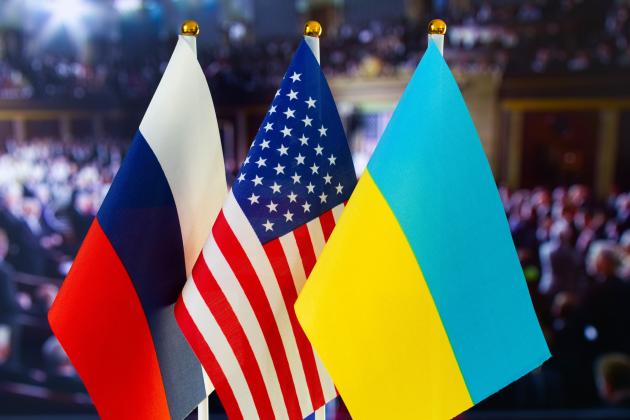 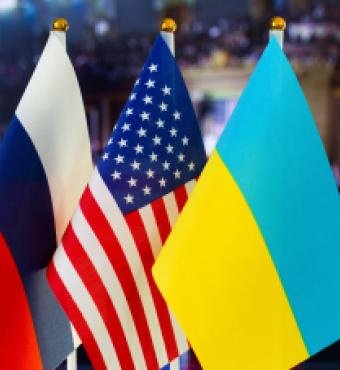 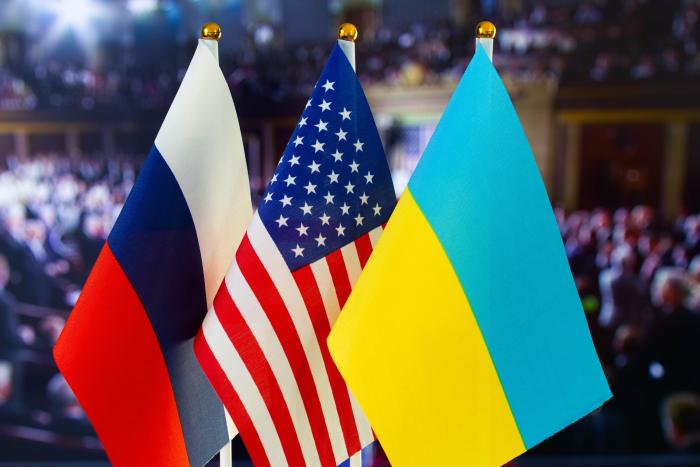 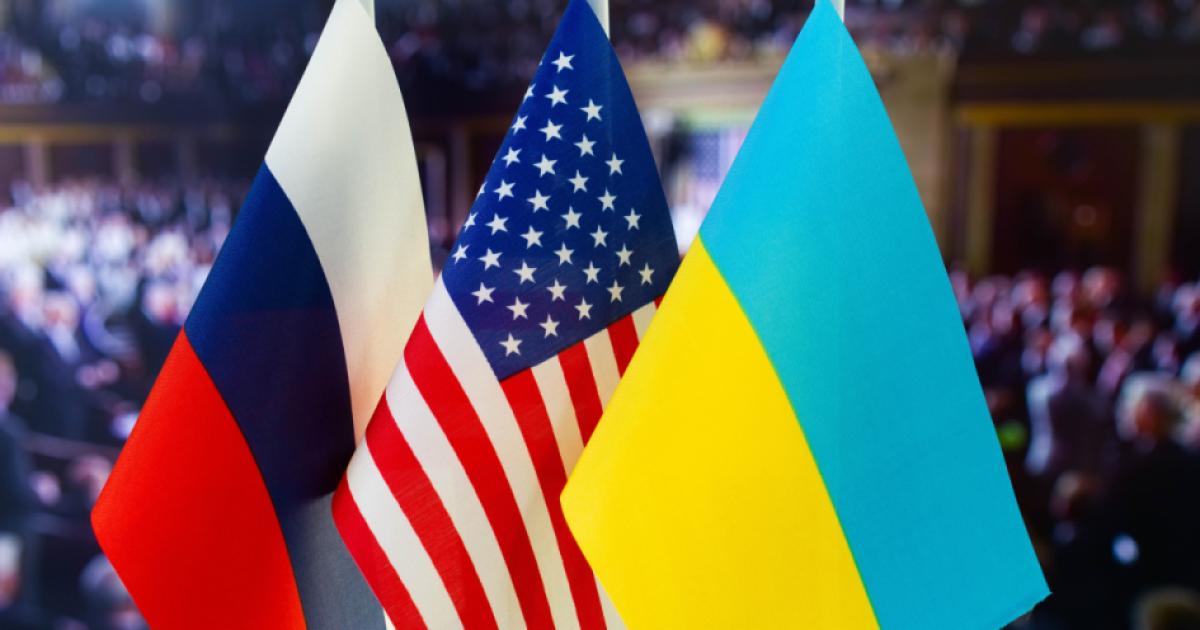 Senseless wars often arise from the juxtaposition of perverted malice on one side and massive incompetence on the other. Vladimir Putin embodies the former. As such, he is all too eager to resort to an exaggerated form of rhetoric that reflects his state of mind. The old KGB type is unable to accept the dissolution of the Soviet Union back in 1991. He thus seeks every opportunity to engage not in domestic reform but in foreign adventurism. He knows full well that Russia is not under attack by the forces of Ukraine, let alone at risk of any military invasion. His beef is that Ukraine’s very existence as a flawed but free and democratic state on Russia’s border presents a terrifying contrast to a man who uses power as a means to oppress his neighbors as he oppresses his own people.

Regrettably, his political delusions are coupled with a tactical savvy that lets him outmaneuver opponents like Barack Obama, Donald Trump, and Joe Biden by taking steps large enough to matter, but small enough not to provoke a military response from the United States or its NATO allies. Thus in short order he backed a breakaway regime in Moldova; invaded Georgia on behalf of its Russian-speaking citizens in 2008; and annexed Crimea, a part of Ukraine occupied by pro-Russian separatists, in 2014.

Spurred on by Western passivity, Putin then set his eyes on Ukraine, offering the fig leaf of relieving Russian-speaking individuals in a state of duress. He then took aim at long-dead enemies in seeking the “demilitarization and denazification of Ukraine.” He spoke wildly of “genocide” in the Russian-speaking areas of Luhansk and Donetsk in eastern Ukraine which he has recognized as independent states. He then lambasted Ukrainian leaders by saying he would “press for bringing to justice those who have committed numerous bloody crimes against peaceful civilians, including Russian citizens”—the very crimes Putin has committed countless times since assuming power.

The Ukrainians have rejected his plea that they lay down their arms, instead mounting a ferocious resistance against heavy odds. At present it is not even clear that Putin will be able to capture Kyiv, the capital, let alone take over the hostile countryside. Indeed, if Russia gets sufficiently battered in a prolonged war, it could be Putin who faces political ruin and not Volodymyr Zelensky, the Ukrainian president who seems to have risen to the occasion.

But why Ukraine now? One of the major dangers in studying international relationships is to assume means-ends rationality. Single leaders, as it were, do not benefit from the wisdom of the crowd, and thus can easily let their ambitions outrun their military base.  Putin is far less able to win the long game than to win his short-term “special military operation.” Remember that Russia is no longer a great power. Its population is rapidly declining—by nearly a million people in 2020–21. Economically, its annual GDP is less than 80 percent of Italy’s, and its per capita income is less than a third. The only way for it to succeed is for its enemies to remain idle, which until now is exactly what has happened. The United States may have the most powerful military operation in existence, but if it renounces in advance the use of force, and holds to that proposition, a madman like Putin quickly will take advantage of that lapse.

Recall how in 2011, the United States under President Barack Obama was unable to conclude a status-of-forces agreement with the Iraqi government that would have allowed it to keep the country’s warring factions at bay so as to forestall the rise of ISIS. In 2012, Obama announced that Syrian President Bashar al-Assad would face serious consequences if he crossed a “red line” by using chemical weapons against his own people. But nothing happened except a transfer of some Syrian weapons to—guess who?—the Russians. During both the Obama and Trump administrations, the United States constantly waffled on whether, and if so, how much, weaponry would be supplied to Ukraine after the loss of Crimea in 2014. Some $2.7 billion of aid over an eight-year period is a weak compromise solution that hardly instilled fear in the Russians, especially since aid to Ukraine became a political football enmeshed in the Hunter Biden transactions and the first Trump impeachment.

To top it all off, President Biden was squarely responsible for the debacle of the hasty American withdrawal from Afghanistan in August 2021. This American approach, if repeated, would not be likely to cause Putin to blink.

Worse still, American domestic policy has played into Russian hands. A prominent culprit is the inept energy policy of the Biden administration’s global warming guru, John Kerry, who to public derision, proclaimed that the United States should “stay on track” with respect to global warming, the war in Ukraine notwithstanding. Unfortunately, American policy has long done his bidding, slowing up energy production and energy exports in the United States in order to reduce fossil fuel emissions without once considering emissions from natural gas coming from foreign sources.

The passive attitude of the United States also forced much of Europe into a greater dependence on Russian natural gas, which necessarily compromises any effort to hit back on Russia. The first and best remedy would be to make up for lost time by increasing immediately the production and shipment of natural gas and other forms of fossil fuel to Western Europe. These are ideal actions because far from costing Ukraine’s allies money, they generate win/win transactions for Russia’s opponents without exposing them to military retaliation. It is inexcusable for the United States to be dependent on Russian imports of natural gas because of endless litigation and Biden administrative orders blocking the pipeline infrastructure needed to transport fuels domestically.

But real, powerful sanctions are also in order. One of the great difficulties of the legal analysis of national security is that the most this approach suggests is that when some innocent third party is attacked, you are allowed, but not obligated, to come to its assistance. The obligation to intervene only arises under some treaty obligation to assist, which would have been the case if Ukraine had been admitted into NATO, where under Article 5 any attack on one member of NATO is treated as an attack on all, imposing thereafter the obligation to act in “collective self-defense” in order “to restore and maintain the security of the North Atlantic area.” Given memories of World War II, Putin has always feared that NATO membership for Ukraine would, de facto, put another hostile force on his doorstep. In retrospect, it may—question mark—have been wiser to preserve assiduously the Budapest Memorandum of 1994 between the United States, Russia, and Britain whereby all parties agreed “to respect the independence and sovereignty and the existing borders of Ukraine” and “to refrain from the threat or use of force” against the country, in exchange for the Ukraine’s surrender of its large nuclear arsenal.

At present, however, without NATO membership, no such duty exists to protect Ukraine. Yet as Russia is the manifest aggressor, the only constraint, easily satisfied in this case, is that your ally must be the victim. At that point, it is permissible for all NATO members to intervene militarily with the same means available to the party under direct attack. Hence all lesser actions are legitimate as well, including the supplying of weaponry, intelligence, military advice, cyberattacks, civilian supplies. and other aid to Ukraine—which is why Germany has reversed its long-standing passivity by sending anti-tank weapons to Ukraine. It is also permissible to seize and detain property owned by Russia and its citizens, now enemy aliens, within your territory, and to close off national airspace to Russian aircraft. And to their credit, the Biden administration and the rest of the free world have now imposed fairly comprehensive sanctions against Russia that have already caused the ruble and the Russian stock market to plunge before trading was stopped. Further financial sanctions are obviously in order, including exclusion of Russia from the SWIFT system used to clear banking transactions. But at this point, care must be taken to make sure that they do not hurt the Western alliance more than Russia.

Alongside these short-term responses, NATO needs to reinforce its alliances in the rest of Europe. Today, NATO runs from Canada through Turkey, with its most vulnerable members being the Baltic states of Estonia, Latvia, and Lithuania. The greatest danger to any military alliance is to take half measures, large enough to provoke a Russian response but too small to meet it effectively. In this regard, the first order of business should be for NATO allies to beef up their small, 1,000-member military groups stationed in the Baltics. The clear signal to Russia would be that a stronger physical NATO presence in the Baltics places it in the untenable position of having first to engage NATO forces to carry out any invasion of NATO territories. At the same time, one hopes that it would be possible to signal to a somewhat paranoid Putin that no Western nation wishes to upset Russian security. But the first order of business is to make Putin pay a heavy personal and national price by invading Ukraine, so much so that he may pass from the international scene.