The libertarian case for intervention against ISIS. 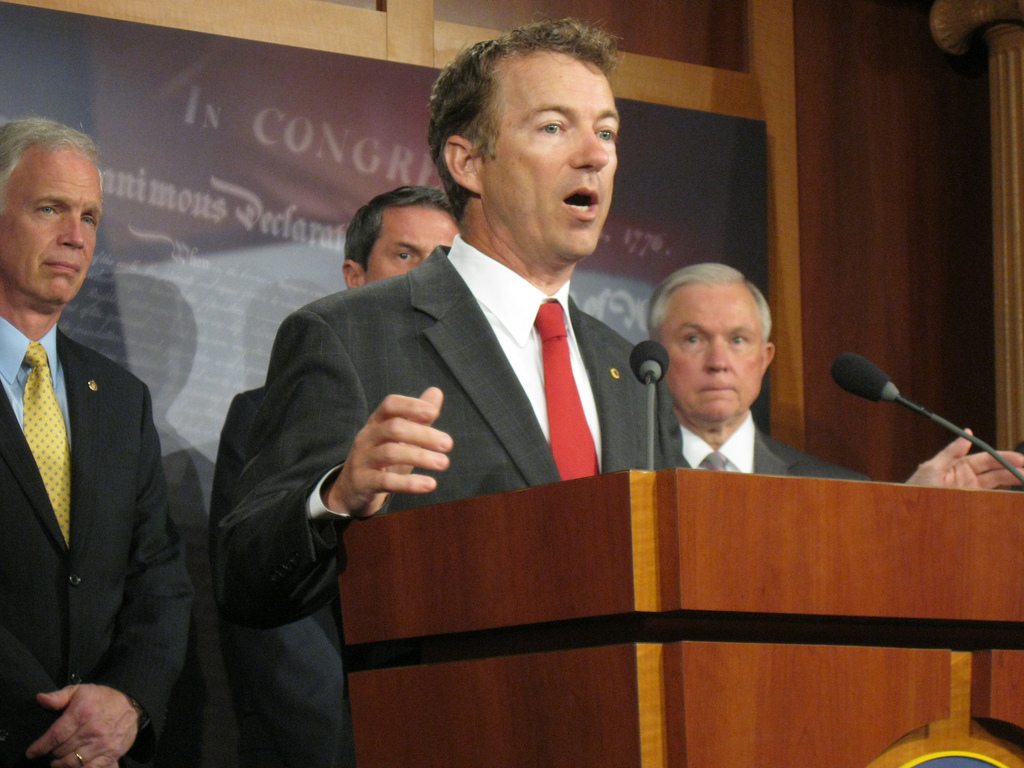 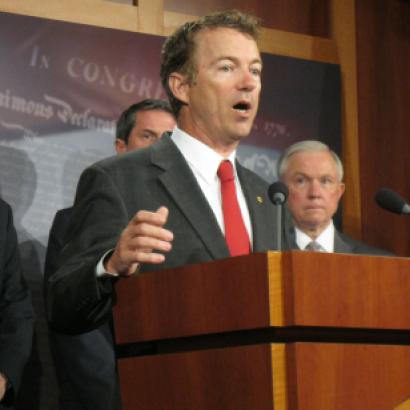 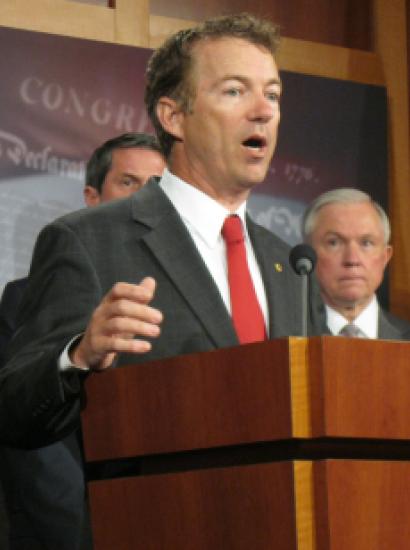 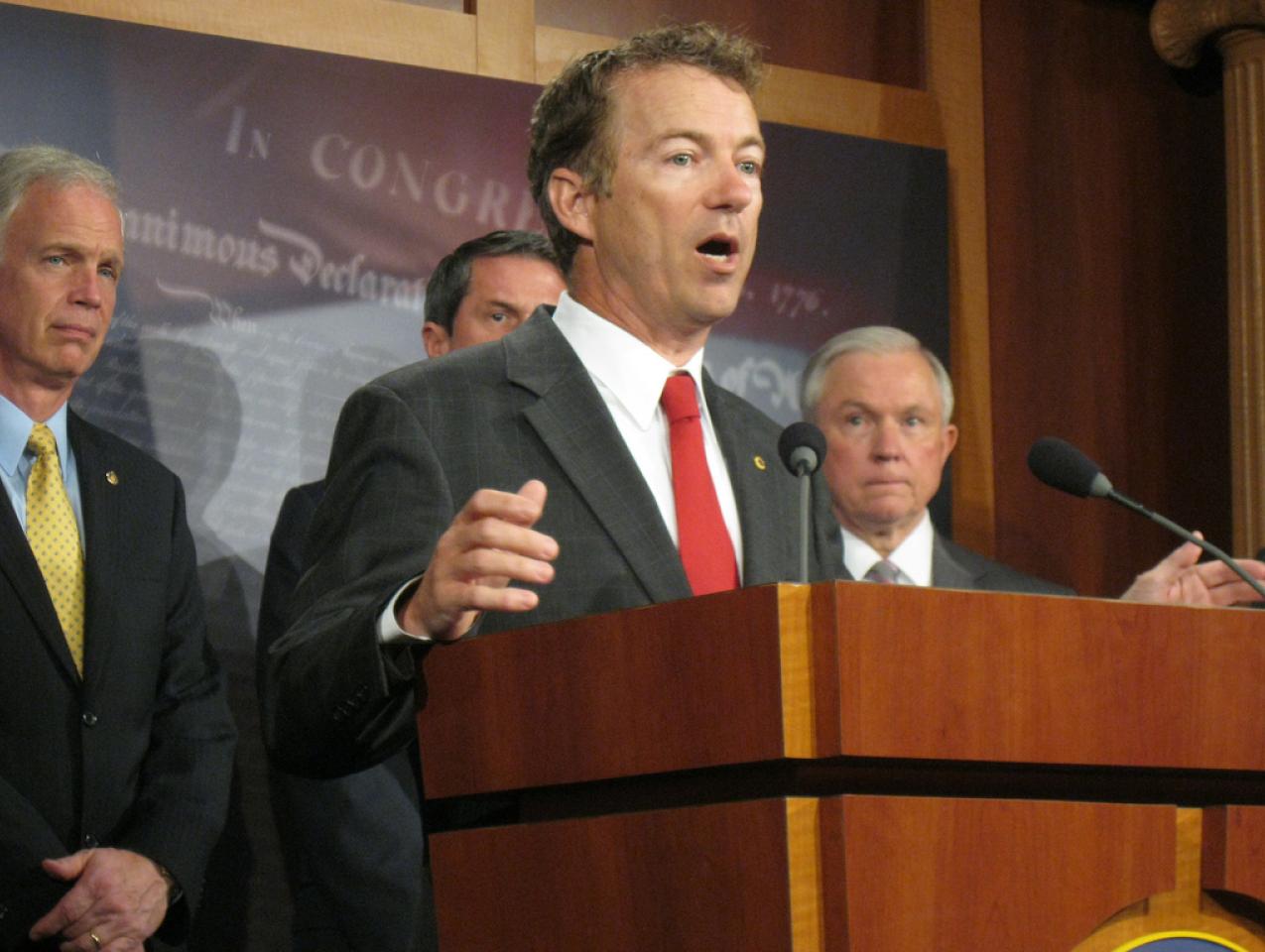 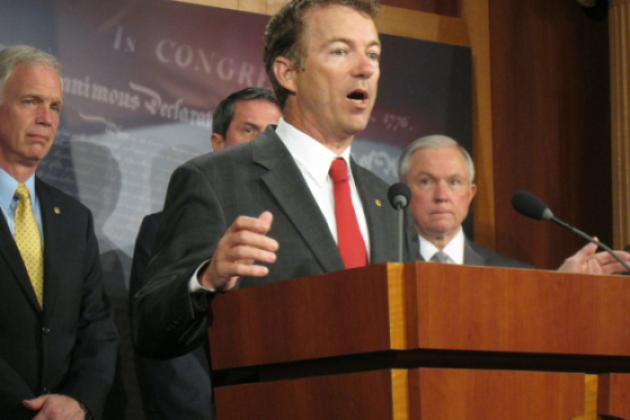 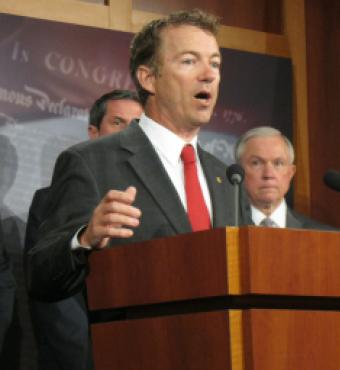 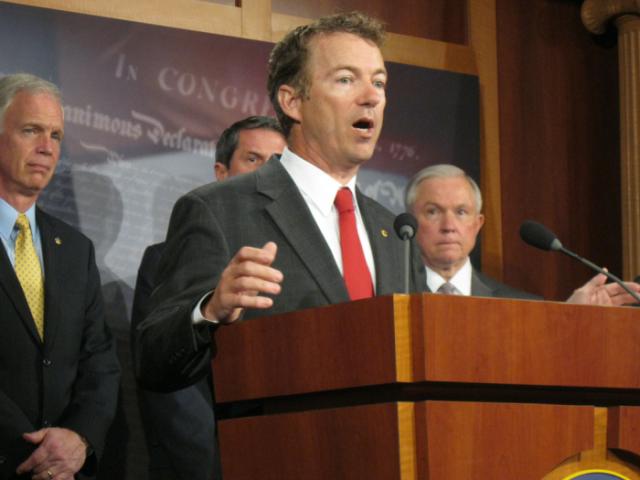 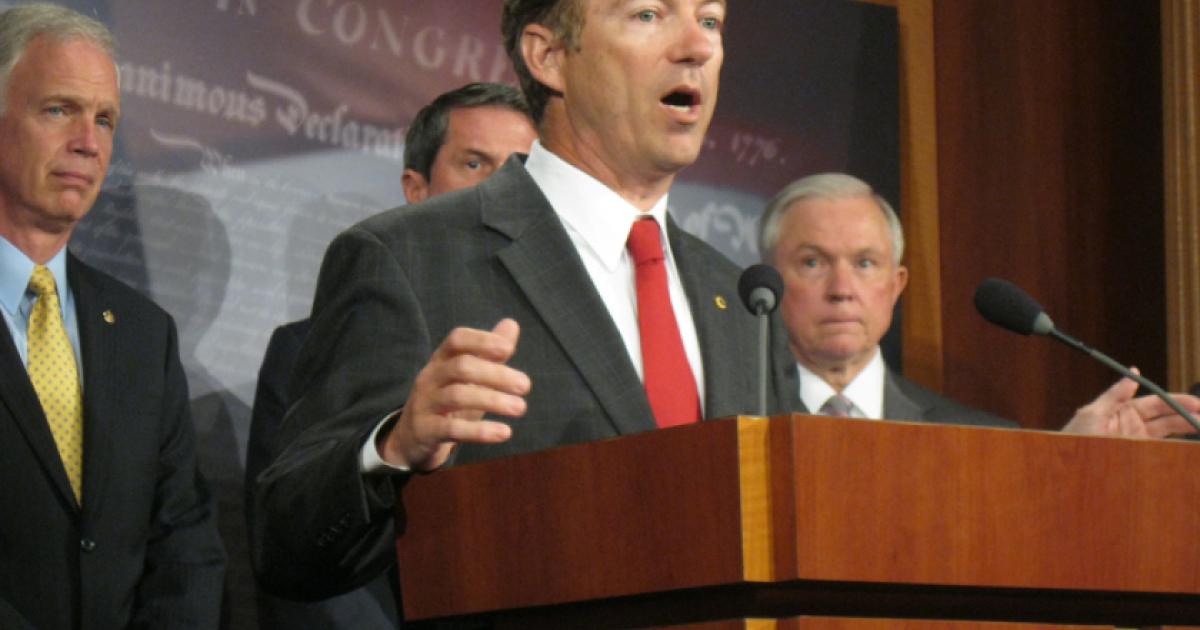 This past week, President Barack Obama shocked those on the left, right, and center when he announced that he had not yet developed a strategy for responding to the threats that ISIS posed to the Middle East, Europe, and the United States. It would, however, be a mistake to think that his paralysis in foreign policy is characteristic only of the progressive wing of the Democratic Party. Libertarians, both within and outside the Republican Party, are equally clueless on the ISIS threat. In fact, their position on ISIS is, if anything, more dangerous than that of the President. While the President has yet to formulate a strategy on the question, the hard-core libertarians have endorsed a strategy of non-intervention, which I believe is totally inconsistent with libertarian principles.

For my entire professional life, I have been a limited-government libertarian. The just state should, in my opinion, protect private property, promote voluntary exchange, preserve domestic order, and protect our nation against foreign aggression. Unfortunately, too many modern libertarian thinkers fail to grasp the enormity of that last obligation. In the face of international turmoil, they become cautious and turn inward, confusing limited government with small government. Unwisely, they demand that the United States keep out of foreign entanglements unless and until they pose direct threats to its vital interests—at which point it could be too late.

The most vocal champion of this position is Senator Rand Paul. Senator Paul has been against the use of military force for a long time. Over the summer, he wrote an article entitled “America Shouldn’t Choose Sides in Iraq’s Civil War,” for the pages of the Wall Street Journal arguing that ISIS did not threaten vital American interests. Just this past week, he doubled down on this position, again in the Journal, arguing that the past interventions of the United States in the Middle East have abetted the rise of ISIS.

His argument for this novel proposition is that the United States should not have sought to degrade Bashar Assad’s regime because that effort only paved the way for the rise of ISIS against whom Assad, bad as he is, is now the major countervailing force. Unfortunately, this causal chain is filled with missing links. The United States could have, and should have, supported the moderate opposition to Assad by providing it with material assistance, and, if necessary, air support, so that it could have been a credible threat against Assad, after the President said Assad had to go over three years ago. The refusal to get involved allowed Assad to tackle the moderates first in the hope that the United States would give him a pass to tackle ISIS, or, better still, even assist him in its demise, as we might well have to do. It is irresponsible for Paul to assume that the only alternative to Obama’s dithering is his strategy of pacifism. Paul’s implicit logic rests on a worst-case analysis, under which no intervention is permissible because the least successful intervention may prove worse than the status quo. It is hardly wise to wait until ISIS is strong enough to mount a direct attack on the United States, when its operatives, acting out of safe havens, can commit serious acts of aggression against ourselves and our allies. It is far better to intervene too soon than to wait too long.

It is instructive to ask why it is that committed libertarians like Paul make such disastrous judgments on these life and death issues. In part it is because libertarians often have the illusion of certainty in political affairs that is congenial to the logical libertarian mind. This mindset has led to their fundamental misapprehension of the justified use of force in international affairs. The applicable principles did not evolve in a vacuum, but are derived from parallel rules surrounding self-defense for ordinary people living in a state of nature. Libertarian theory has always permitted the use and threat of force, including deadly force if need be, to defend one’s self, one’s property, and one’s friends. To be sure, no one is obligated to engage in humanitarian rescue of third persons, so that the decision to intervene is one that is necessarily governed by a mixture of moral and prudential principles. In addition, the justified use of force also raises hard questions of timing. In principle, even deadly force can be used in anticipation of an attack by others, lest any delayed response prove fatal. In all cases, it is necessary to balance the risks of moving too early or too late.

These insights help shape the serious libertarian debates over the use of force. Correctly stated, a theory of limited government means only that state power should be directed exclusively to a few legitimate ends. The wise state husbands its resources to guard against aggression, not to divert its energies by imposing minimum wage laws or agricultural price supports on productive market activities. Quite simply, there are no proper means to pursue these illegitimate ends.

In contrast, self-preservation and the protection of others form the noblest of state ends. The late economist and Nobel Laureate James Buchanan always insisted that a limited government had to be strong in the areas where it had to act. Perhaps his views were influenced in his time as an aide to Admiral Chester Nimitz in the Pacific theater during World War II. In responding to aggression, the hard questions are strategic—are the means chosen and the time of their deployment appropriate to the dangers at hand? Move too quickly, and it provokes needless conflict. Move too slowly, and the situation gets out of hand.

Senator Paul errs too much on the side of caution. He would clamp down, for example, on the data collection activities of the National Security Agency, which allow for the better deployment of scarce American military resources, even though NSA protocols tightly restrict the use of the collected information. It is wrong to either shut down or sharply restrict an intelligence service that has proved largely free of systematic abuse. The breakdown of world order makes it imperative to deploy our technological advantages to the full. Sensible oversight offers a far better solution.

The same is true in spades about the use of force in Iraq and Syria, where matters have deteriorated sharply since Paul’s misguided plea for non-intervention in June. It was foolish for him to insist (and for President Obama to agree) that the United States should not intervene to help Iraqis because the Iraqis have proved dangerously ill-equipped to help themselves. Lame excuses don’t wash in the face of the heinous aggression that the Islamic State has committed against the Yazidis and everyone else in its path.

Rand Paul likes to insist that the initial blunder was the invasion of Iraq in 2003. Whether that invasion was right or wrong is irrelevant today. The question now is how to play the hand that we have been dealt. Whatever the wisdom of going into Iraq, peace had been restored by the surge when President Obama took office in 2009. Since then Iraq’s factionalism has grown because Obama signaled disengagement the day he took office, and found himself unable to forge a status of forces agreement in Iraq in 2011. Being eager to get out, he could not figure out a credible way to stay in.

Unfortunately, Rand Paul writes as if Iraq’s many deficits are fixed facts of nature, wholly independent of the flawed U.S. policies that he has consistently backed, in sync with Obama’s aloof detachment. Yet these policies, tantamount to partial unilateral disarmament, have given our worst enemies the priceless assurance that they can operate largely free of American influence and power. There is nothing in libertarian theory that justifies dithering at home as conditions abroad get worse by the day.

A nation that believes in the primacy of liberty has to defend it at home and abroad, and do so over the long haul, without imposing artificial deadlines on its military commitments. Our enemies place no such limits on their efforts to kill and uproot innocent people. Our limited airstrikes have shown that force can make a positive difference. Only a fresh willingness to confess error about the President’s decision to remove ground troops from Iraq and keep all American forces out of Syria can reverse the present downhill trend. Containment is wishful thinking, not a stable option. Sadly, where the Islamic State goes, there we must ferret them out.

The American people may be weary of war. But they will become wearier still from the chaos that will follow if we neglect to fight the forces of death and destruction. Senator Paul’s position is inexcusable. It renders him unfit to serve as President of the United States should he be eyeing the 2016 candidacy. Our commander-in-chief cannot be a bystander in world affairs. He has to have the courage to lead and rally a nation in times of trouble, lest the liberties that we all cherish perish by government indifference and inaction.