A Remembrance of George P. Shultz by James A. Baker, III

George Shultz was a brilliant statesman, a dedicated patriot, a caring husband and family man, and a wonderful friend. George always understood the importance of trust in relationships—trust between individuals as well as between nations. 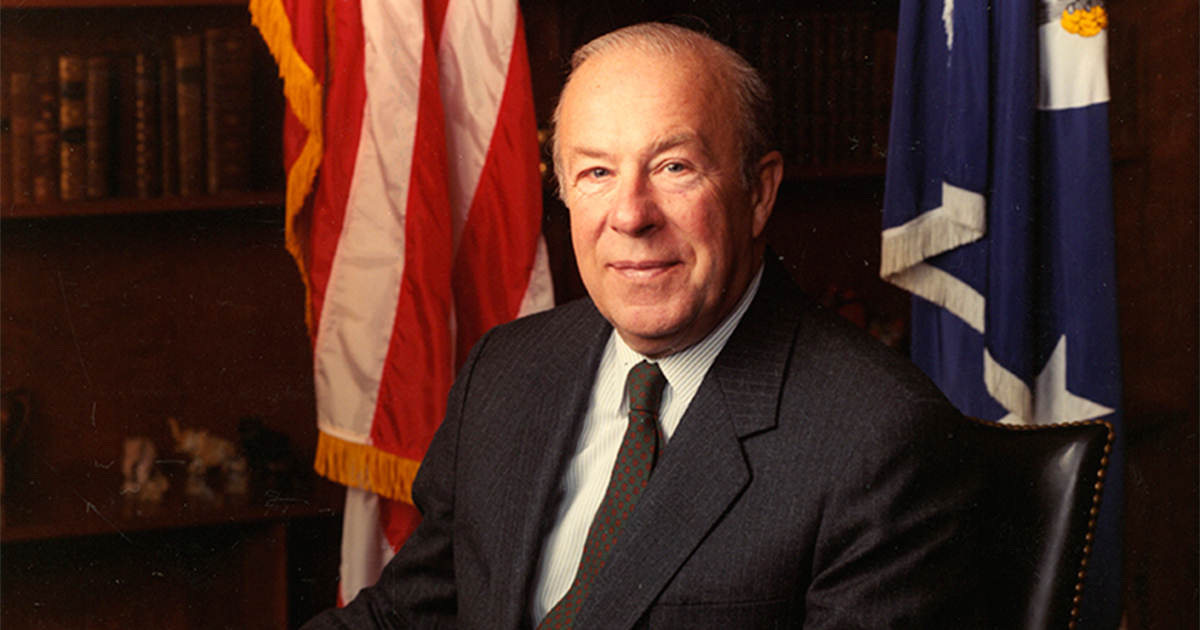 A Remembrance of George P. Shultz by James A. Baker, III 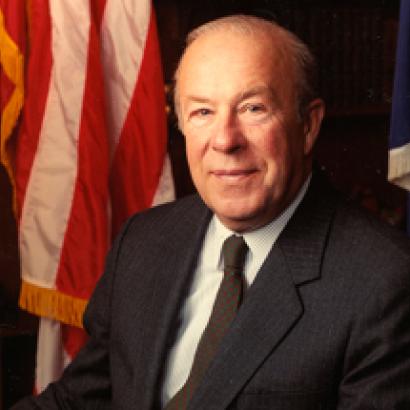 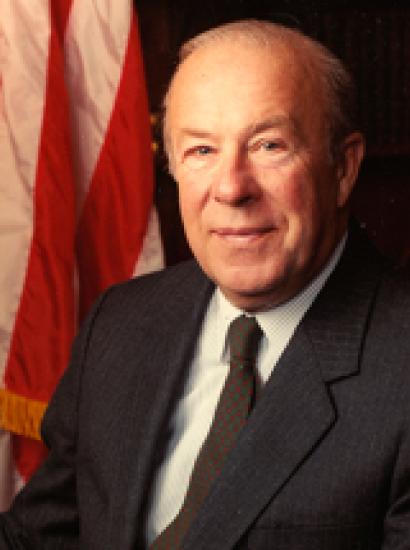 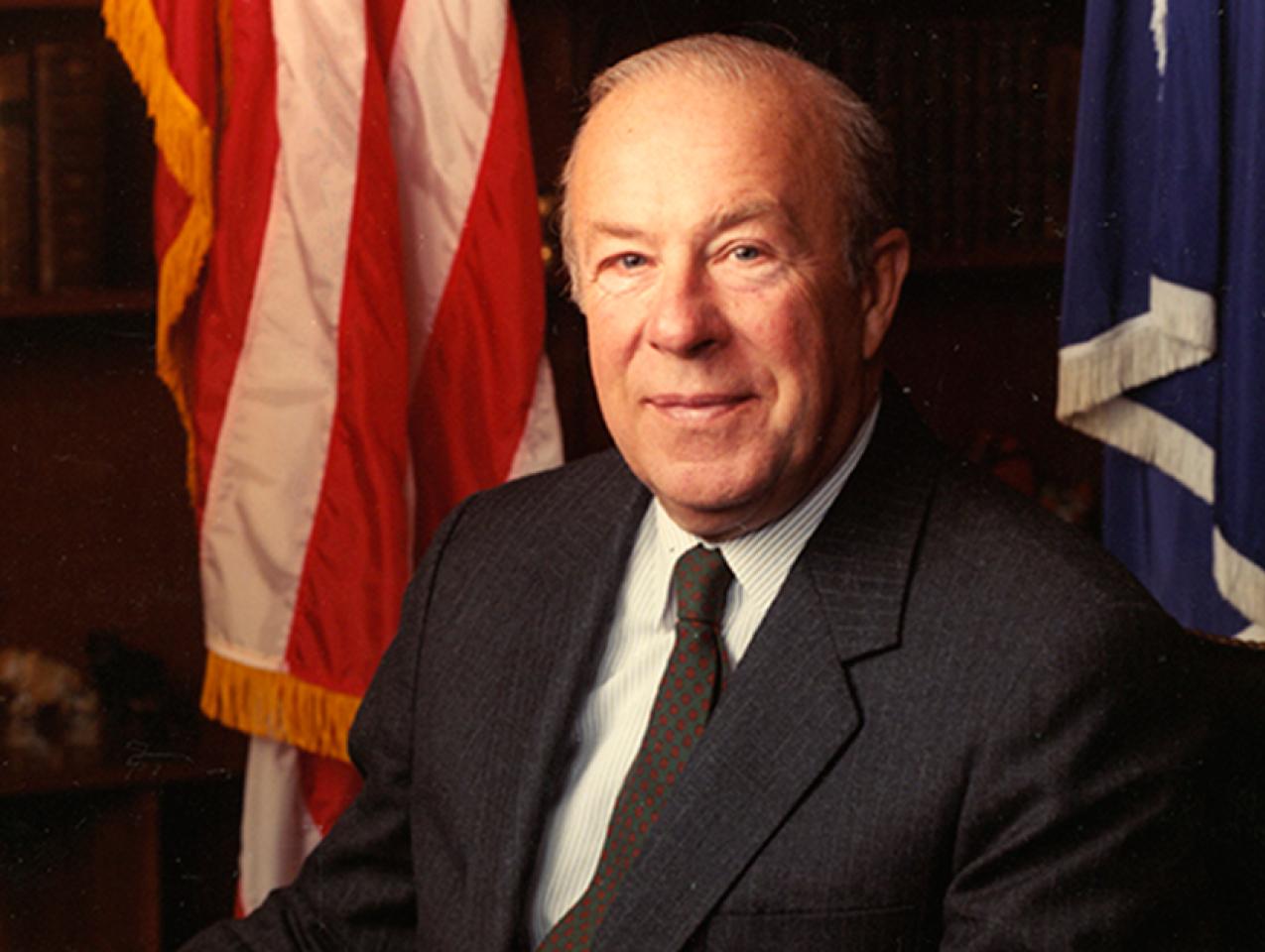 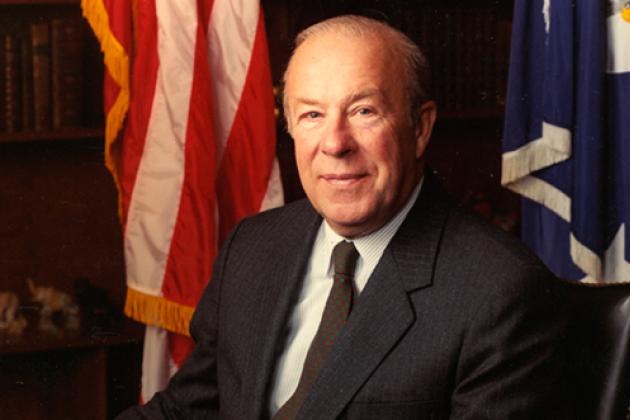 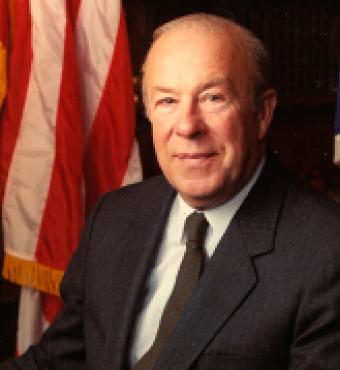 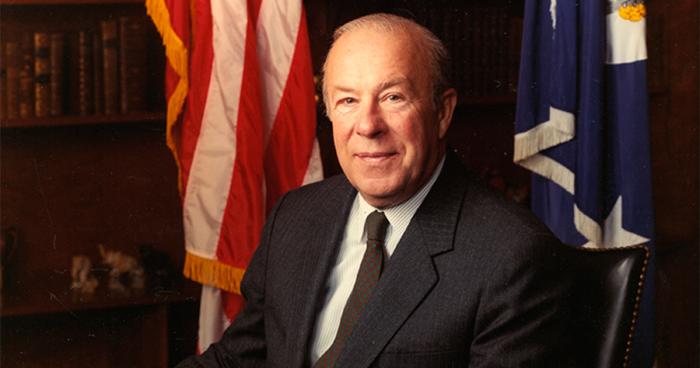 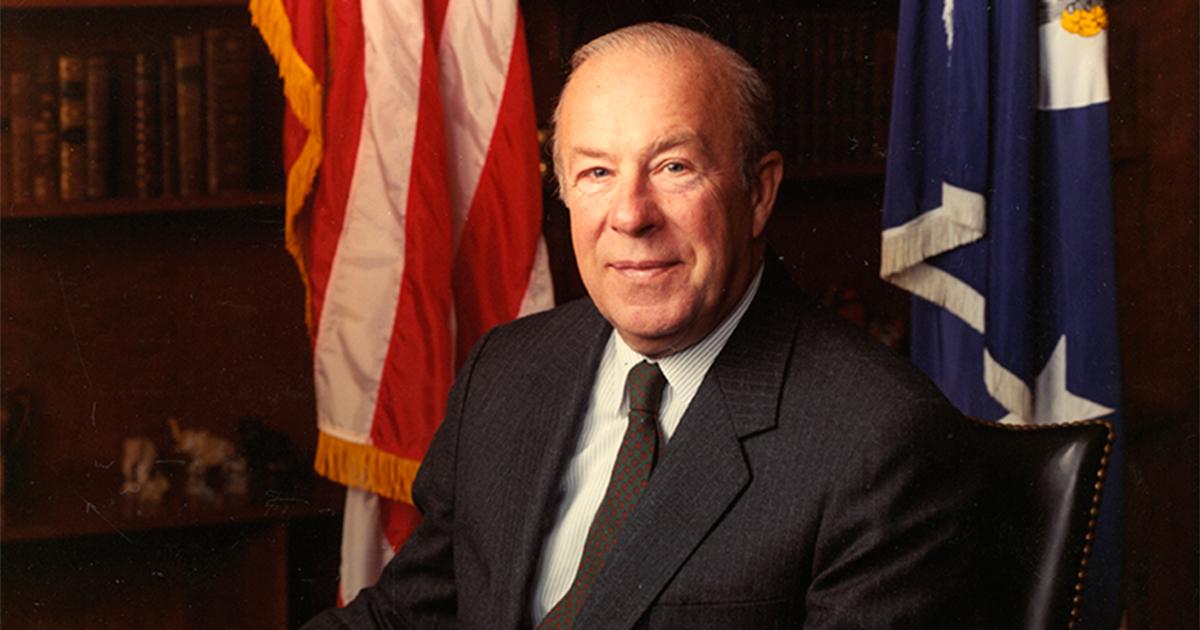 George Shultz was a brilliant statesman, a dedicated patriot, a caring husband and family man, and a wonderful friend. George always understood the importance of trust in relationships—trust between individuals as well as between nations.

George Shultz, of course, lived his life accordingly. When the two of us worked together in the Reagan administration, I always knew that George had my back—and he knew that I had his, too. His interlocutors could always trust what he was saying. Such candor allowed him to establish a relationship with Soviet Foreign Minister Eduard Shevardnadze that began the cooling of tensions between our countries that permitted the Cold War to end peacefully.

The thing that stands out the most to me about his time at State was the tremendous amount of respect that he had from world leaders around the globe. They admired his character, his honesty and particularly his tireless dedication to looking at all sides of the complex foreign policy issues that confronted the United States. In short, they trusted George Shultz.

George was a straight-forward and honest human being. There was no guile or subterfuge in the way he conducted either his public or personal lives.

What you saw in George, you got (although I never saw his “Princeton Tiger” that everyone talks about).

He was a critical thinker who made a permanent mark on the world—and for this, he has earned a seat with other great Americans in our national pantheon of honor.

He loved his country and the values it represents. And he was true to those values as he helped President Reagan find practical solutions that could lead to the peaceful end of the Cold War. Together, they helped guarantee freedom and better lives for people around the world.

Above all, George was brilliant—and intensely intelligent. Yes, he saw and understood the world in all its complexity. But he maintained a knack for simplicity. This was, after all, a Secretary of State who once opined that, “The minute you start talking about what you’re going to do if you lose, you have lost.”

He followed that mantra during his many years as an academic economist, business leader, and dedicated public servant.

George never lost confidence in his country. As a young man, he served in the Marines during World War II. It was early evidence of his life-long commitment to his nation.

And to the very end, he remained a force of nature tackling critical challenges at home and abroad.

Rather than spend his golden years doing a victory lap, he (as we have heard here today) worked with Henry Kissinger, Sam Nunn, and Bill Perry to try to establish a world free of nuclear weapons.

Four years ago, he and I began working together on a proposal to curtail global climate change. And in recent years, he focused on solutions for the political dysfunction that grips our nation.

As he once said, “I’ve always tried to live in the future and think about things and how to make things better. If you have great-grandchildren around, and their pictures are looking at you, well, that’s the future.”

And so, I can imagine the scene as St. Peter recently welcomed George at the Pearly Gates.

George looked around, briefly paused, and then suggested ways to improve Heaven.

St. Peter smiled, nodded his head, and replied, “Now that you are up here, Mister Secretary, I trust they’ll get done!”

We love you, George, we miss you and we will see you again on the other side.