Hoover Institution (Stanford, CA) – Memorial services were held today for Hoover Institution distinguished fellow and America’s sixtieth secretary of state, George Pratt Shultz. Shultz passed away on February 6, 2021, two months after celebrating his one-hundredth birthday. The services took place at Stanford’s Memorial Church, located near the main quad in the historic area of the university’s campus. The event’s scheduling had been postponed until now, with the state of California and Santa Clara County again permitting indoor events with COVID-19 safety protocols in place. 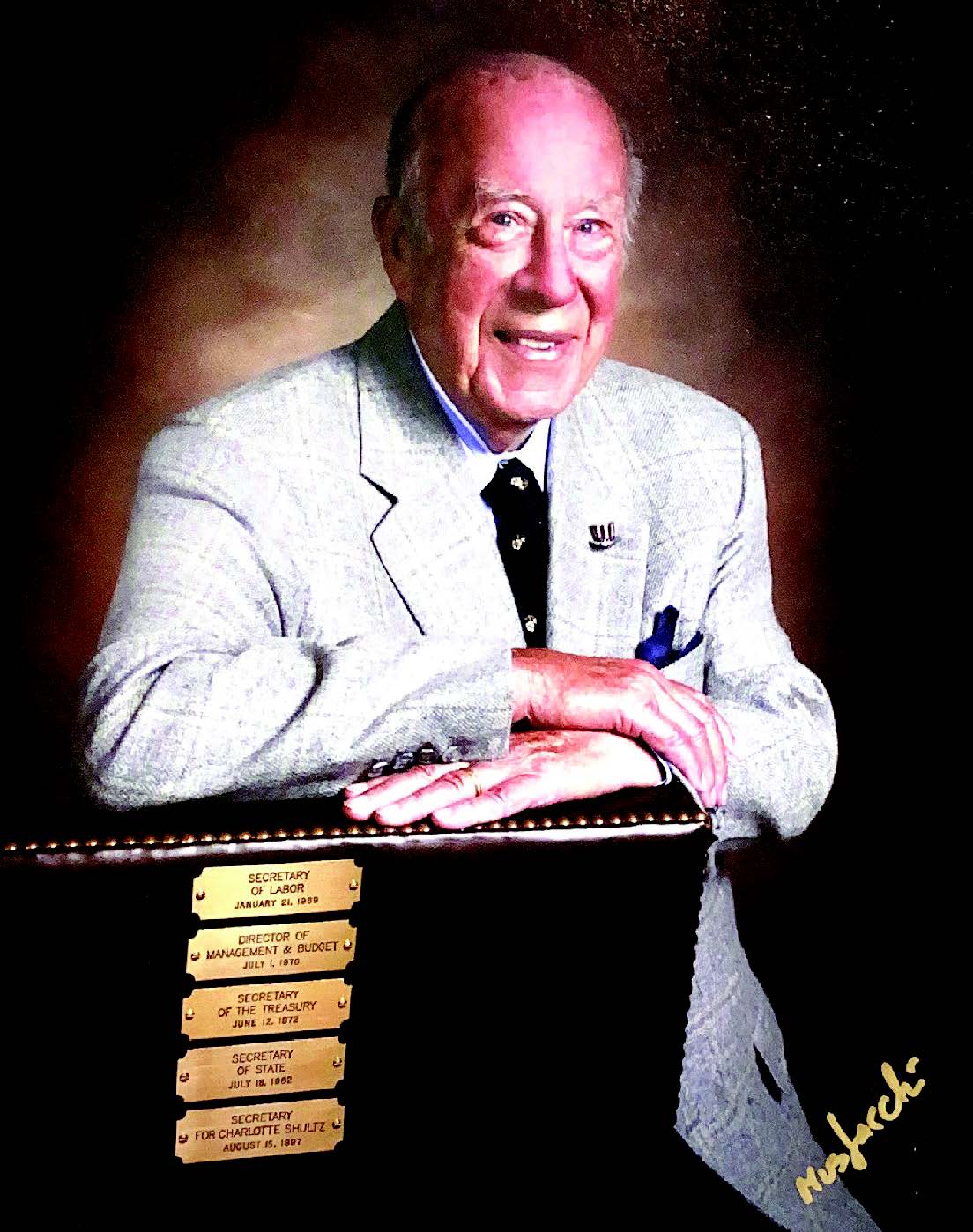 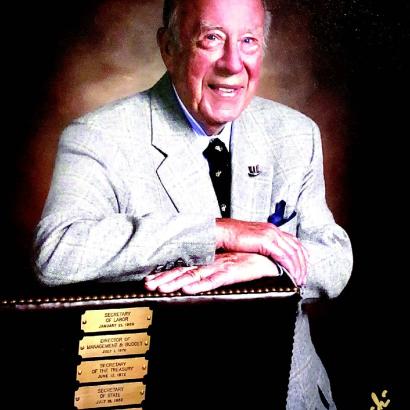 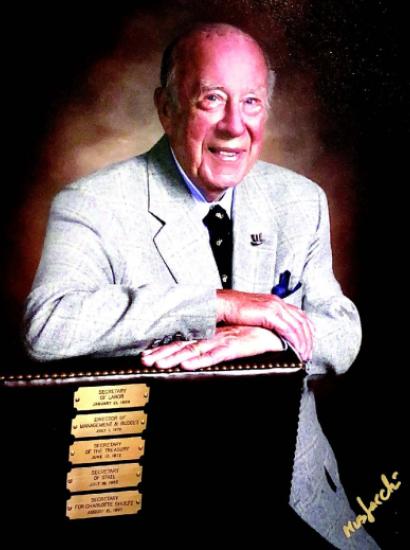 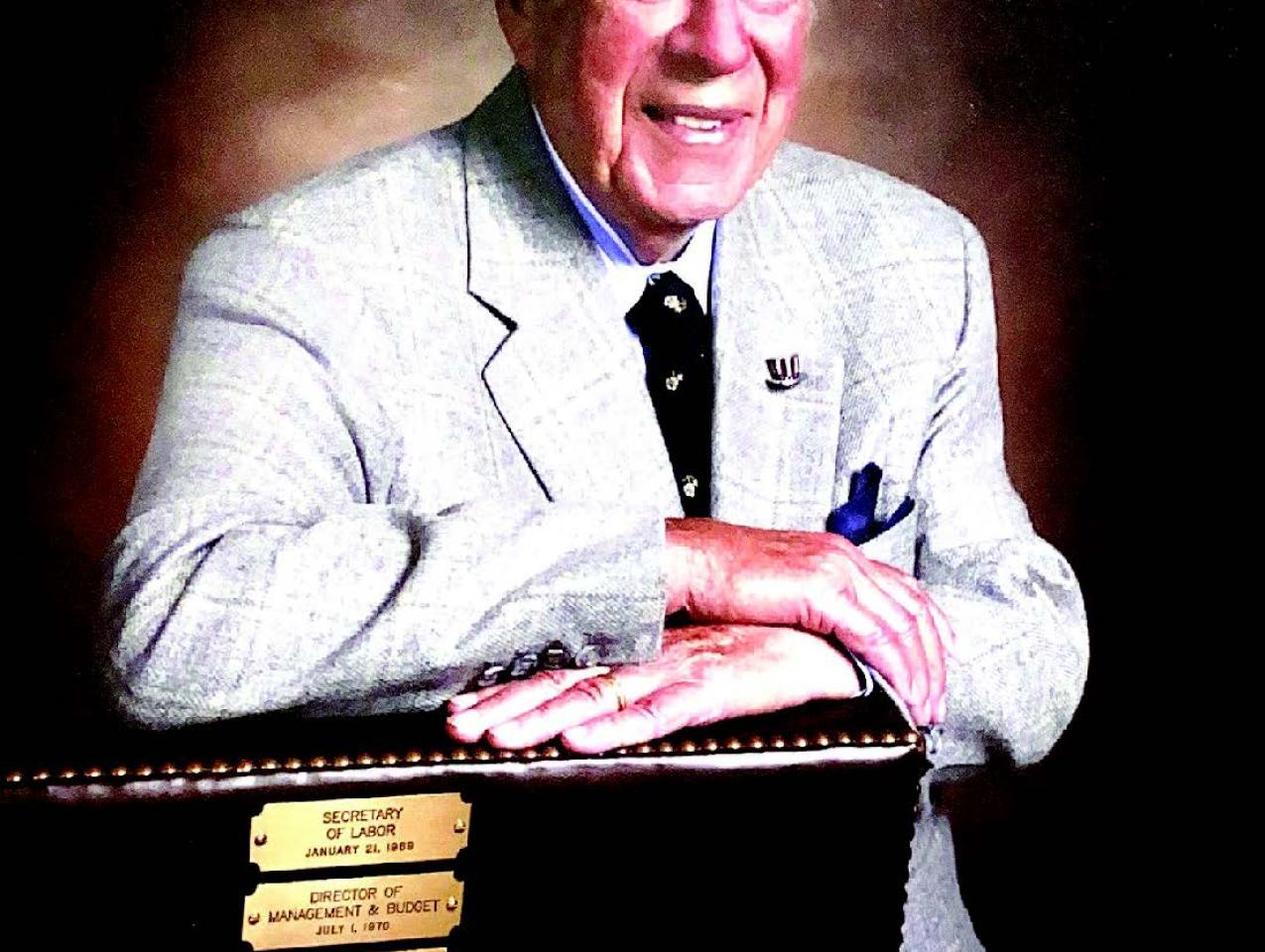 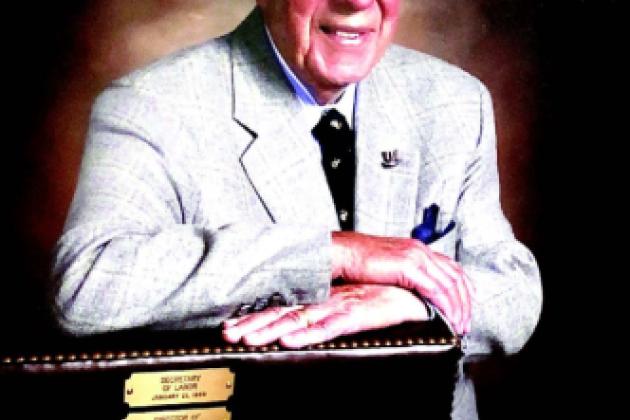 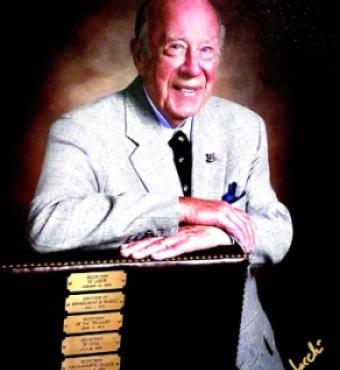 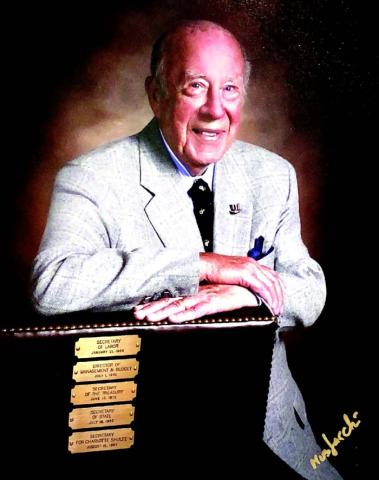 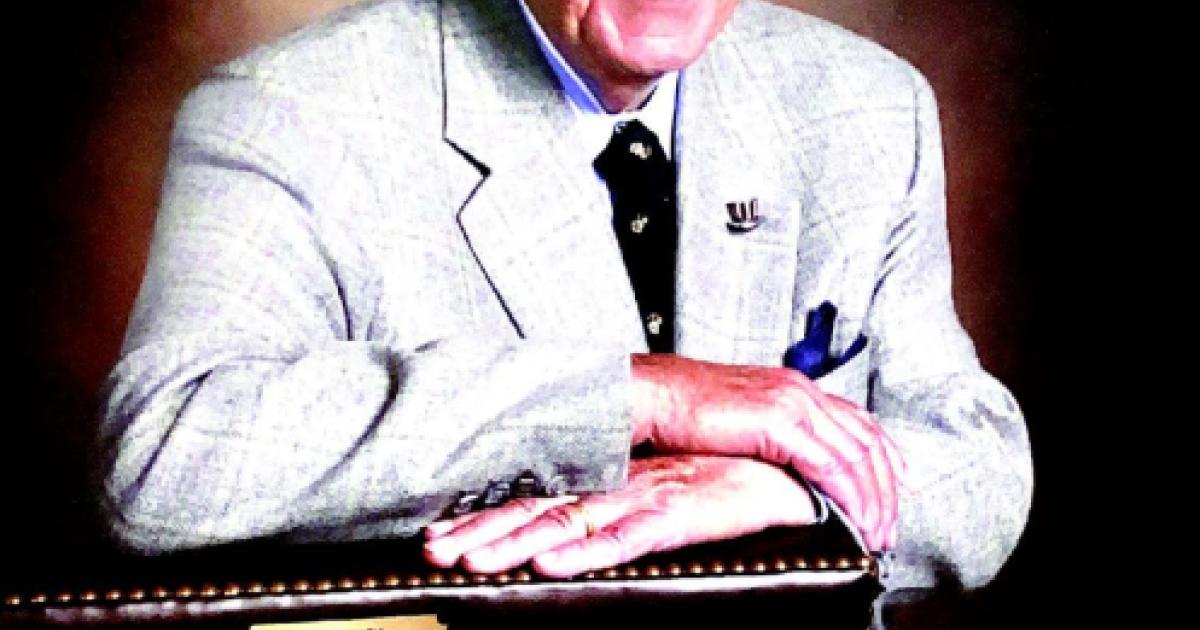 Shultz passed away on February 6, 2021, two months after celebrating his one-hundredth birthday. The services took place at Stanford’s Memorial Church, located near the main quad in the historic area of the university’s campus. The event’s scheduling had been postponed until now, with the state of California and Santa Clara County again permitting indoor events with COVID-19 safety protocols in place.

The service included remembrances from luminaries who worked closely with Secretary Shultz throughout his career and who were inspired by his leadership as a colleague and mentor. Among them included prominent members of the Hoover fellowship: former secretaries of state Condoleezza Rice and Henry Kissinger; former secretary of defense and fellow US marine James Mattis; former US Senator Sam Nunn of Georgia; and former undersecretary of the Treasury for international affairs John B. Taylor, who holds a Hoover senior fellowship in economics named in Shultz’s honor. Current secretary of state Antony Blinken and former secretary of state James Baker also provided tributes to Shultz. California Governor Gavin Newsom was in attendance, as were Shultz’s colleagues from the Reagan administration, including representatives from his State Department staff.

"No words said here today will ever fully capture the impact of George's one hundred years here on Earth. He was the consummate public servant, serving our country with dignity and skill, from his days as a young marine to the cabinet posts he held, secretary of state, secretary of the Treasury, secretary of labor, and director of OMB," Rice said. "All of us who followed him in that service saw him as the North Star for integrity and for patriotism."

"George Shultz was a terrific economist . . .but he was so much more than that," Taylor said. "He showed why good economics leads to good policy and good outcomes. He also showed why bad economics leads to bad policy and bad outcomes. . . .The man we knew had a unique ability to translate ideas into policies. Call it the 'George Shultz way.' . . . We are blessed to have been his friend. We are better for having been his friend."

Readings from scripture were given by Secretary Shultz’s grandchildren Patrick Shultz, Kristen Jorgensen Dominguez, Benjamin White, and Lena Tilsworth, as well as five of his great-grandchildren.

A rendition of “Ave Maria” was sung by opera soloist Frederica von Stade, a family friend who entertained for state events during Shultz’s tenures in the Nixon and Reagan administrations. Shultz’s World War II service in the Marine Corps was recognized with a flyover above the Memorial Church and main quad by the Third Marine Aircraft Wing, as well as musical performances from the First Marine Division band.

"We all knew Secretary Shultz as a man of great wisdom, great competence, and great compassion. And it was in his hard-earned title as US marine that he forged his steady identity in war and in the decades following. He mastered his grim skills and proved ready on the firing line when he led his sailors and marines into the cauldron of amphibious assaults in the merciless Pacific campaign," Secretary Mattis said. "Once again, ready on the firing line, he built his postwar life, carrying his prototypical marine character into academia, into business, and into government spheres. . . . He knew what he stood for and, just as importantly, what he would not stand for. He was the epitome of that rare breed: a man of thought and action."

IMAGES FROM THE SERVICE

On The Record: Life Lessons From George P. Shultz 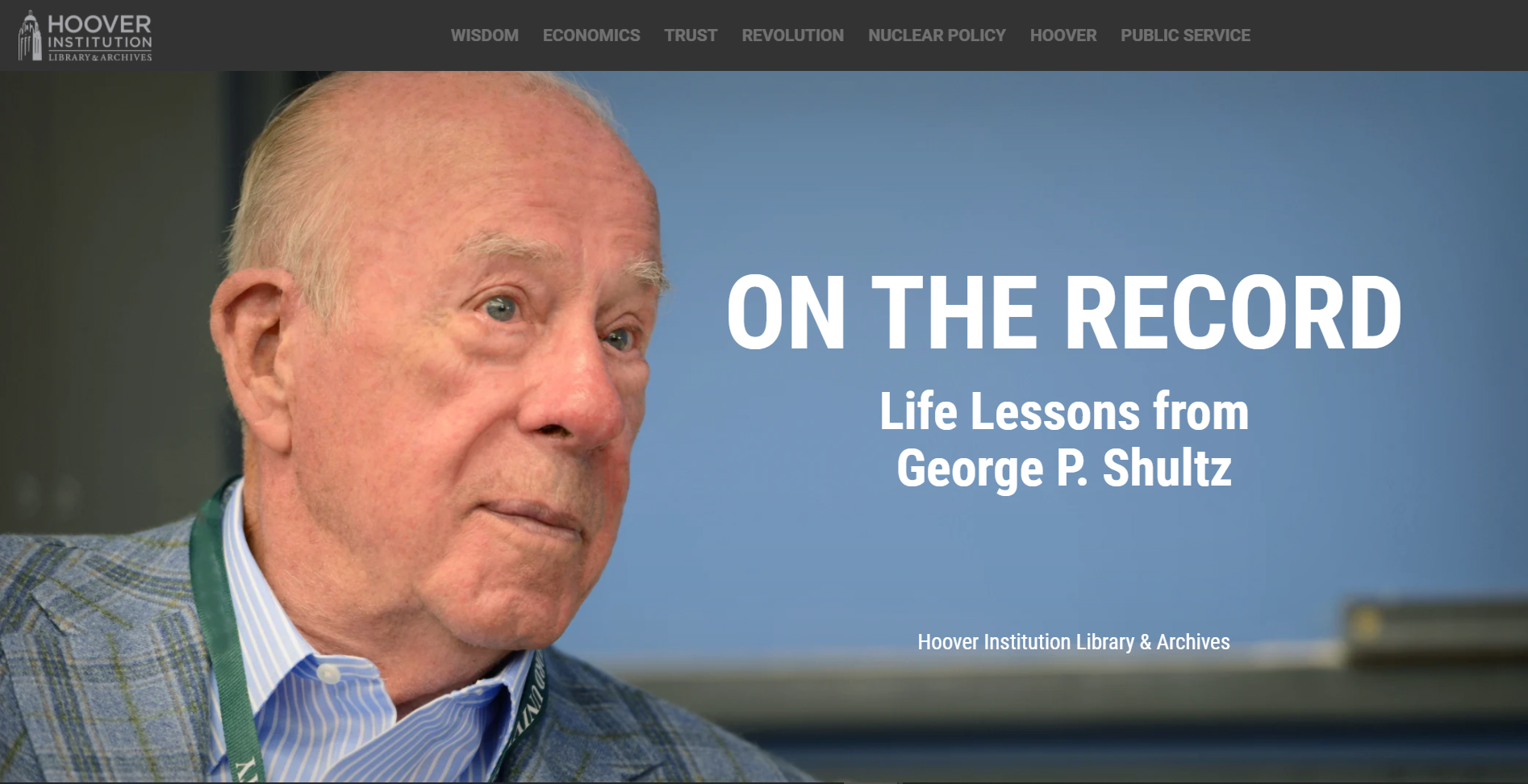 Visit a special digital presentation of the "On The Record" exhibition installed in the Annenberg Conference Room at the Hoover Institution on the Stanford University campus in California. It is dedicated by the Hoover Institution Library & Archives to Secretary Shultz in honor of his 100th birthday. Click the image below to visit the exhibit.

Remarks by James. A. Baker, III 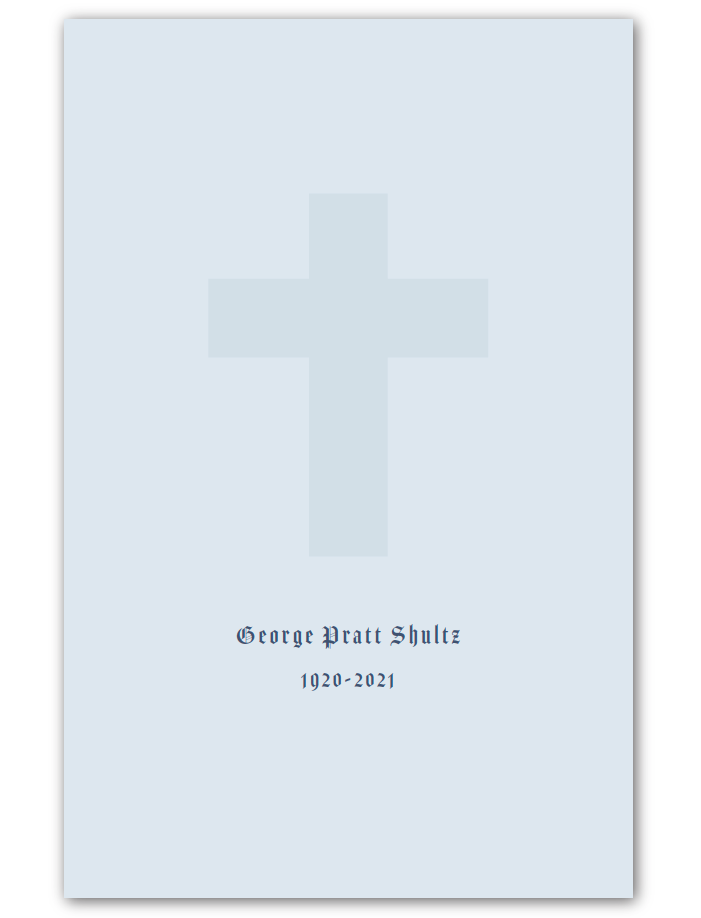