In the winter of 1984–85 the United States faced the rising threat of global economic and financial instability in the world monetary system, which could have led to a global market meltdown or severe world recession. 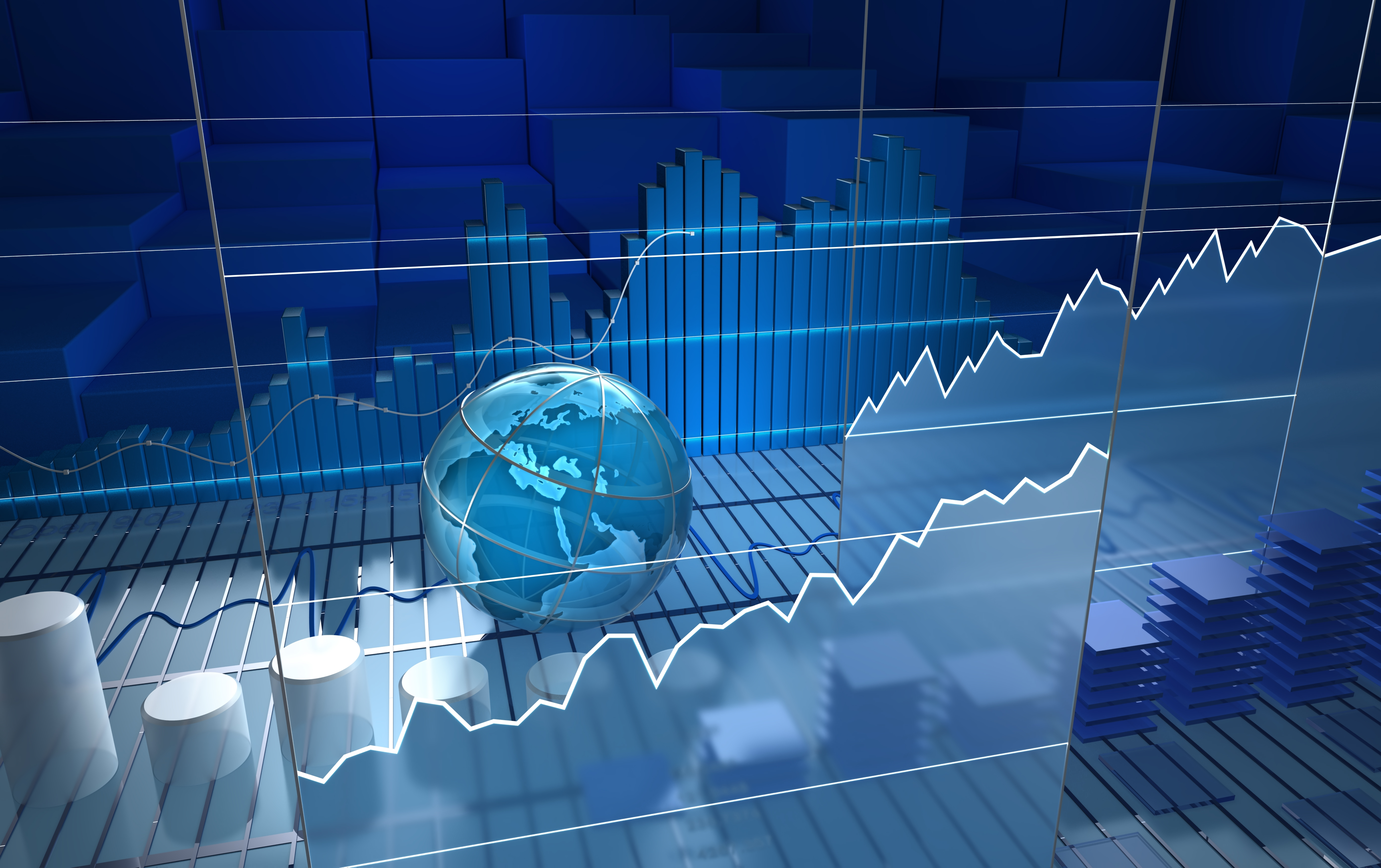 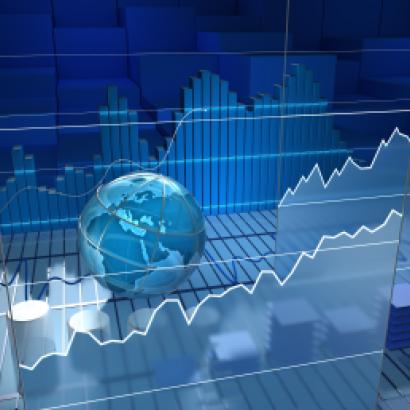 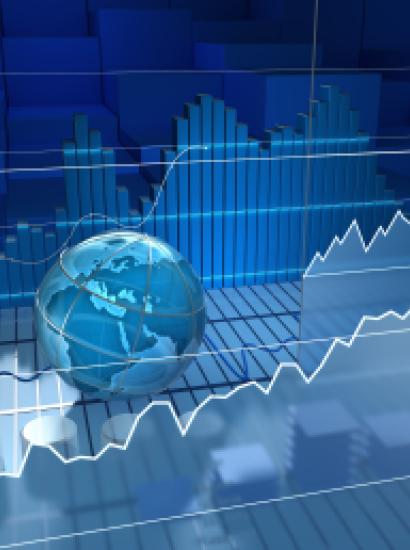 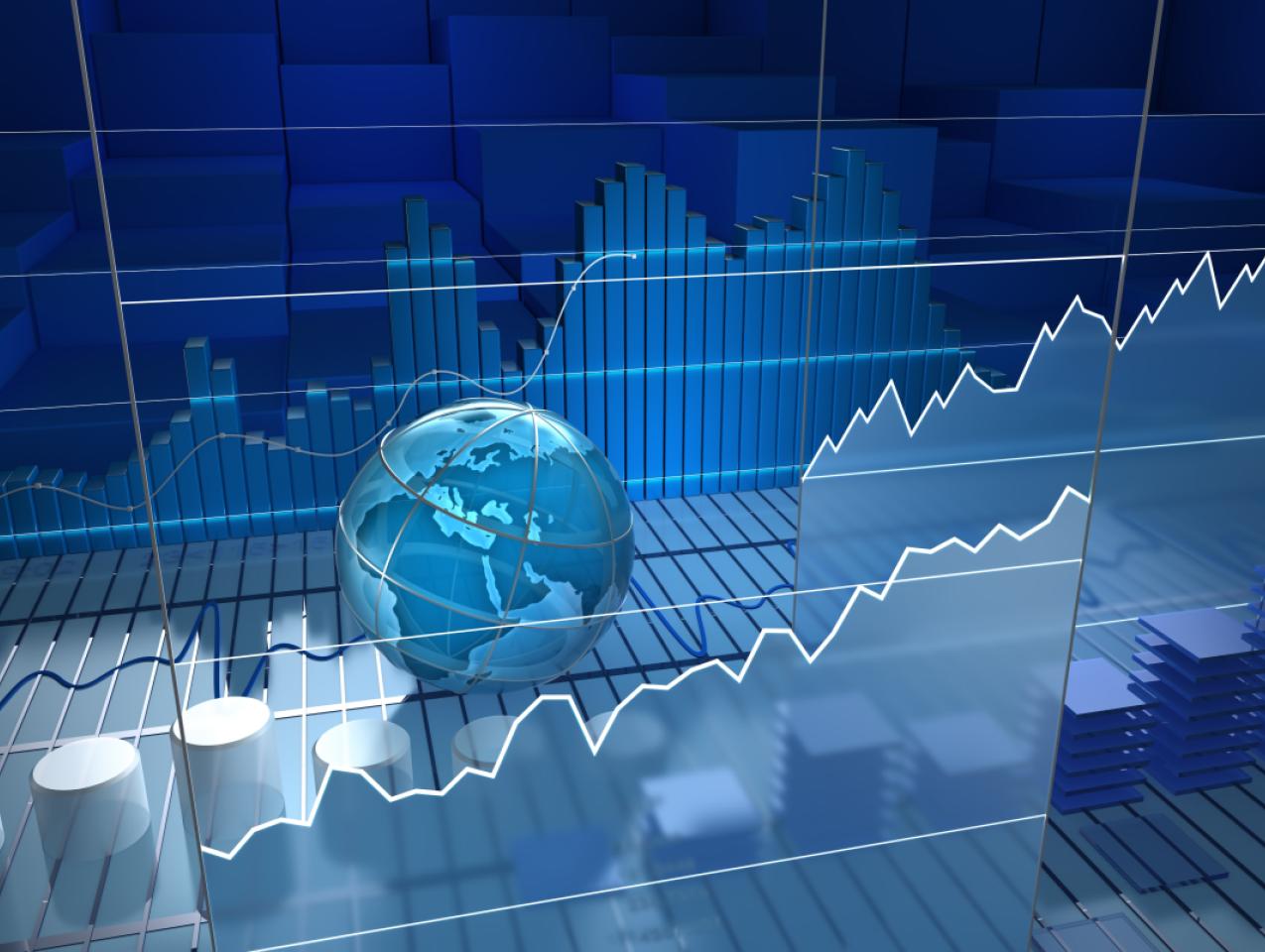 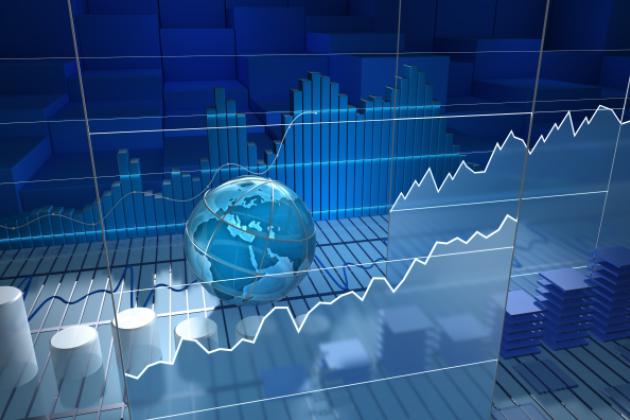 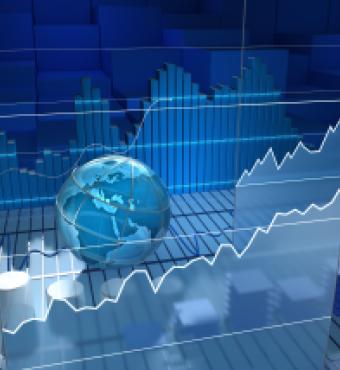 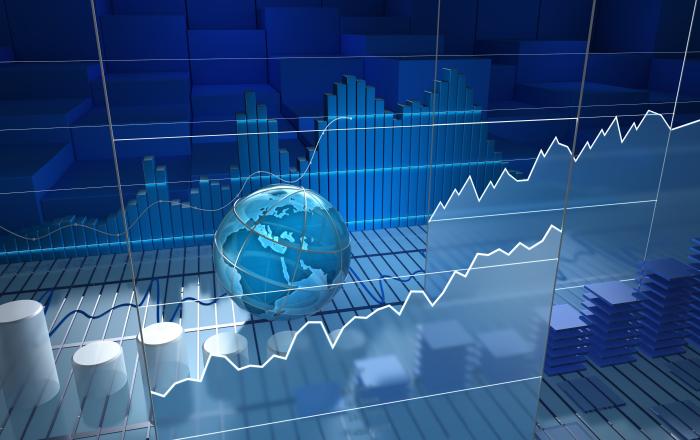 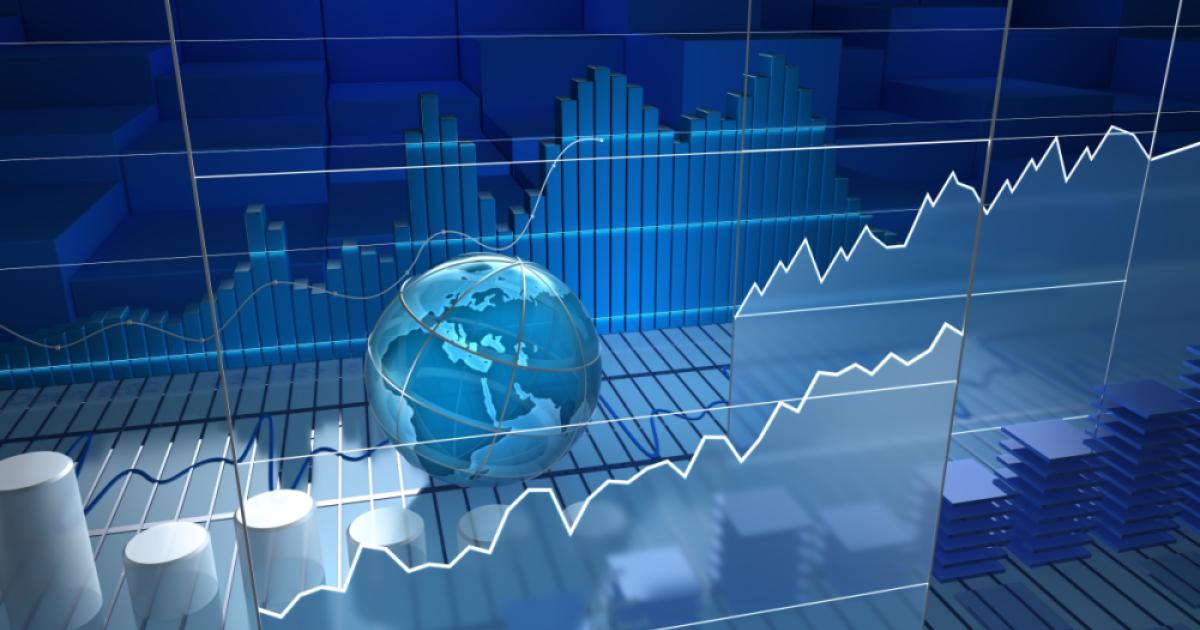 In the winter of 1984–85 the United States faced the rising threat of global economic and financial instability in the world monetary system, which could have led to a global market meltdown or severe world recession. Now, once again, the US dollar is at record highs against all other currencies, and inflation at levels not seen for many decades is spreading around the world. The United States is threatened by recession and possibly a period of stagflation; Europe already faces declining growth; Russia’s war in Ukraine promises continued economic stress; emerging-market countries face potentially disastrous adjustment challenges; the US and other leading stock markets, including China’s, are highly volatile, with a bias toward negative territory; and global debt by any past measure is at unsustainable levels. Finally, there is a clear absence of global leadership willing and able to deal with a looming economic catastrophe. The G7, for example, seems paralyzed today, limited to useless, futile gestures.

It was not always like this. For example, the falling dollar and widespread evidence of a decline in US leadership was followed by the election of President Reagan in 1980 and Paul Volcker’s bold, restrictive actions at the Fed to address the entrenched inflation and high interest rates of the Carter years. Economic growth returned to the United States and rose to a boisterous 7 percent in 1984. This led to returning confidence in America and its leadership role in the world economy.

The world witnessed a record rise of the US dollar against all other currencies in 1984–85, which soon provoked a strong bipartisan protectionist movement in Congress and eventual proposals for extreme omnibus trade legislation to protect US companies from a rising wave of competitive pressures. For example, one radical concept visualized by some protectionists for this draft legislation was a provision that would set new US tariffs on imported products at a percentage equivalent to the amount by which the producing country’s currency was judged to be excessively undervalued against the dollar.

In February 1985 James Baker became secretary of Treasury and immediately recognized and responded to the protectionist forces building in Congress, where the “overvalued” dollar and the mushrooming US trade deficit were the political issues of the day. The dollar peaked in the months that followed, and Secretary Baker made it a G5 and US Treasury priority to address and solve the “misalignment” of the US dollar in the global monetary system.

This also marked the beginning at Treasury of the ardent and challenging process of “international economic policy coordination,” which resulted, among other things, in the highly successful Plaza Accord of September 1985, a secret plan among the G5 (the United States, Germany, Japan, the United Kingdom, and France) to address the strong dollar. Work on this agreement was based on two key decisions: One was our judgment that growth recovery in Western Europe in the second quarter of 1985, following its crippling winter of low growth in 1984 and early 1985, would become more visible and sustained through the balance of the year. The second and far larger decision was to alter the long-standing US policy of never intervening actively in foreign exchange markets. It was believed that no lasting benefit in currency realignments could be achieved by short-term interventions, and long-term intervention was thought to be ineffective and incompatible with the functioning of free markets.

But what about a sudden, shock intervention of great size, coupled with credible policy pledges and commitments by all G5 countries together, that was designed as a strong new message to markets? We thought such a G5 message, properly structured and presented, would be understood by markets and digested over time if strongly and consistently applied.

This was the plan, and late September was set as “D-Day.” Under the direction of Secretary Baker, Paul Volcker, and the finance ministers and central bankers of the other G5 nations, the G5 deputies convened for regular face-to-face meetings and countless phone conversations to carry forward efforts to coordinate economic and monetary policies that would be announced simultaneously with the key US policy change on joint intervention in foreign exchange markets. These would be backed by a formidable group “war chest’ of committed resources for continuing interventions over time. In the event, secrecy was maintained through the summer, and in September the “war chest” was assembled, based on the written policy pledges and commitments already negotiated and agreed to among the G5 and to be released on D-Day.

The Plaza G5 ministerial meeting was held on Sunday, September 22, so markets had a few hours’ time to reflect before responding the next day. On Monday the shock effect was felt around the world, and it is still remembered by aging foreign exchange dealers today. The dollar initially adjusted sharply down. Intervention, however, was relatively modest, and this continued to be the pattern over the next few weeks. Then the dollar continued its downward movement with little or no intervention from the “war chest” resource. Over the next eighteen months, until February 1987, the time of the G7 follow-on meeting at the Louvre in Paris (when the G5 was expanded to include Italy and Canada), the dollar declined in an orderly fashion by 41 percent. World balance in foreign exchange markets and to some extent in macroeconomic policy expectations had been restored, along with renewed respect for the leadership of the United States.

Importantly, the Plaza Accord was not the only positive accomplishment of the international economic policy coordination effort of the G7 over the next few years. Another was the successful implementation of the Brady Debt Plan for Latin America’s threatening debt crisis in 1989. Leading Latin American countries defaulted on their outstanding external debt in 1982.  Efforts were made by the large group syndicates of world banks to continue providing sufficient new funds to avoid the full-blown crisis of default on all payments needed to at least service current debt payments. Rapidly rising country arrearages now fed the total corpus of Latin America’s international debt, which was no longer being serviced and thus making a disastrous world banking crisis virtually inevitable.

The Brady Plan, although conceived in the United States in late 1988, could not have been carried out without the full support and cooperation of the G7 countries. US banks accounted for only approximately 32 percent of the total Latin American debt risk, with the balance held on the books of other international banks around the world. Holdings were in the form of credits among hundreds of syndicated banks, subject, in the final analysis, to the national tax laws and regulations of each of the many national jurisdictions governing the individual banks. The final Brady Plan deal structure was achieved over several years with support from a world community of countries, who shared in an effort to preserve global financial stability.

This same spirit of cooperation and policy coordination was repeated by the G7 in late 1991, when the Soviet Union broke up: its own external debt problem and those of its fifteen republics were successfully managed by G7 countries working together with the Soviet authorities, leaders of the indebted republics, and members of the Paris Club of nations. When the Soviet Union collapsed in the last days of 1991, there was no financial market meltdown, because Soviet Union debt had been concentrated in Russia, now effectively rescheduled in the Paris Club.

Yet another G7 effort was used to accomplish a critical reduction in Poland’s official bilateral government debt in April 1991. Following this debt reduction of 55 percent, Poland’s economy established positive growth that September, which continued for the next thirty years and made Poland the most successful Eastern European country in the European Union. In any of these cooperative efforts, if the G7 had failed or the crisis had been left unaddressed by leading nations, the consequences for global financial stability and world markets would have been seriously damaged.

Now we are confronted with a new period of leadership malaise. The signals of impending crisis are clear to see today, but monetary experts seem blind to the threat we face. Economic policy makers are bemused, and elected leaders seem not to care. Yet the very real prospect of major monetary and economic crisis is clearly before us. The stock market’s volatility is telling us. Spreading inflation is telling us. Prospective food shortages are telling us. Speculative excesses in markets, created in part by an obsession with new technologies, is prominent in financial markets. The US dollar has recently reached a new all-time high against most world currencies, as it did in 1985, and we already know that the adjustments in balance of payments between countries and the stress possible from disruptions in world trade can be devastating for currencies and the economic stability of countries. Growth in Europe is beginning to decline. As inflation rises around the world, US growth is clearly threatened by restrictive tightening by the Fed and the outlook for higher interest rates. The emerging countries in our world are deeply stressed and vulnerable to instability, poverty, and food shortages. World indebtedness, including in the United States, is clearly out of control by any historic measure one cares to use.

Yet despite these clear signs of danger, our leaders show little sign of understanding or acting to address a possible calamity. Cooperative efforts at home and abroad to address these genuine threats with courageous and creative policy ideas, and the leadership and drive to implement them, are essential to achieving the results we need. The United States must re-establish some form of international economic policy coordination leadership to make a new start in the G7 and G20. These have been key economic institutions for now some fifty years. Re-establishing vitality and leadership momentum in them will require creative and disciplined leadership by the United States and other nations and groups of like-minded people. What about building a new Plaza Accord II to establish balance and stability in foreign exchange markets and revive cooperative macroeconomic efforts among leading countries to serve as a basis for optimism and further progress?

There is strong support around the world for a peaceful rules-based global system that would maximize prospects for prosperity, individual creative effort of whatever type, and security of life and property. In today’s world, we see these features of our world slipping.

If we look back to the 1980s, around the time of the Plaza Accord, we can recall pulling ourselves out of a period of damage and decline: inflation, global tension, hostage taking, insecurity in global markets as huge shifts in liquidity flows and volatile exchange markets impacted investment and trade. Yet the 1980s and 1990s saw a steady rise in global prosperity, a significant decline in world poverty, and a revolution in technology and its applications.

The world of high-end wealth and the great global reset is showing signs of fatigue, political and authoritarian excess, damaging inflation, and seriously counterproductive economic policies and practices that undermine unity and that damage the environment, prospective food supplies, and security. The world is crying out for creative and unifying ideas that can address what seem to be overwhelming problems.

There has to be a better way forward than leadership by a self-appointed, heavily conflicted global elite if we are to regain our footing in a world being changed beyond our recognition. We must be led by democratic nations, governed by elected leaders committed to a vision of creative and cooperative leadership and guided by a sense of tolerance, destiny, and history.