The Roots Of Black Economic Progress

Tax cuts and deregulation lead to growth, which benefits all. 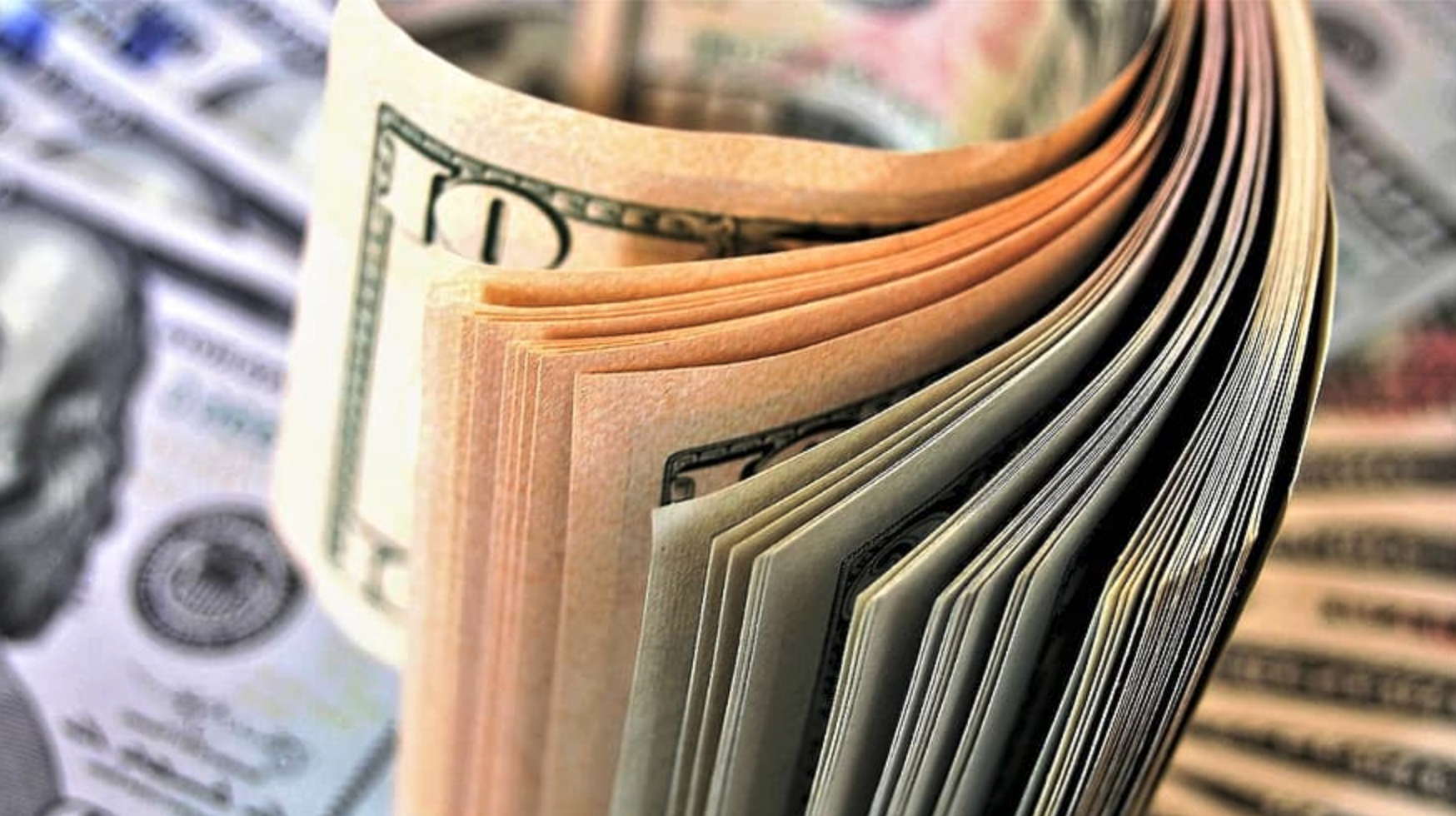 The Roots Of Black Economic Progress 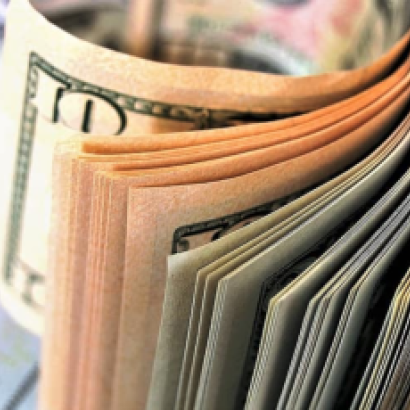 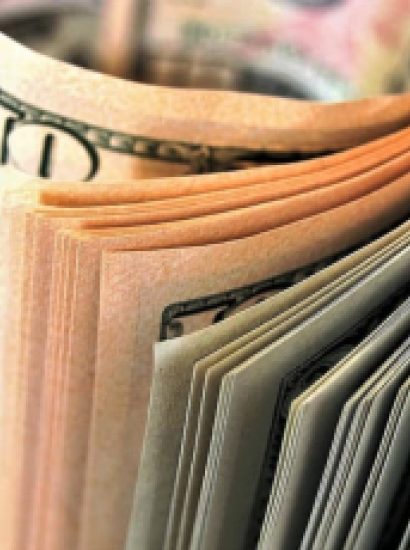 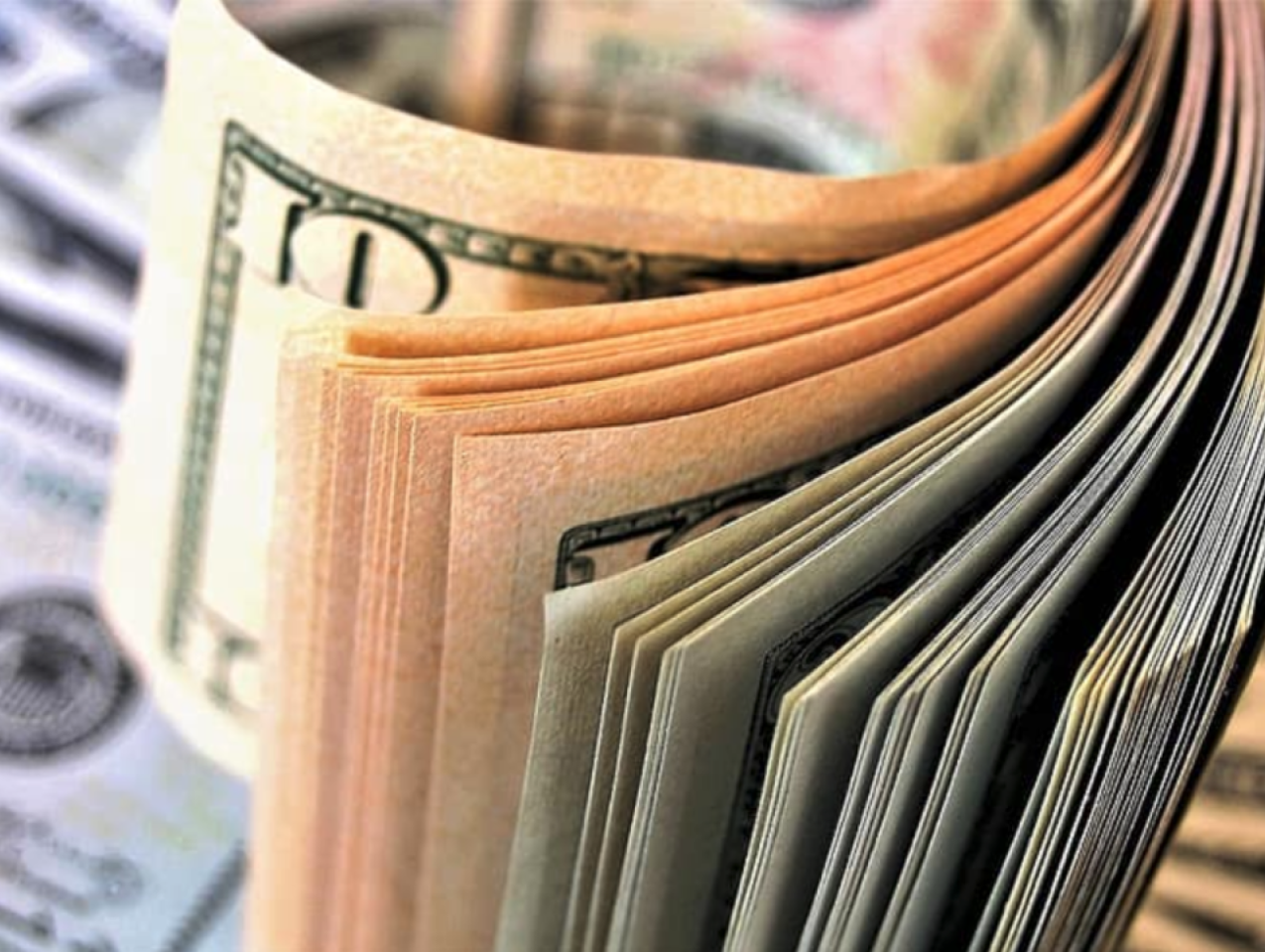 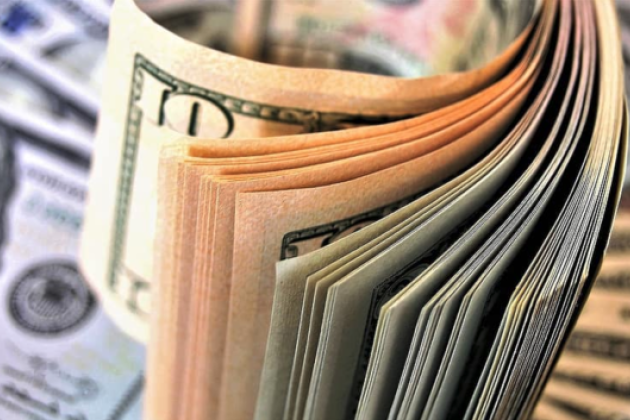 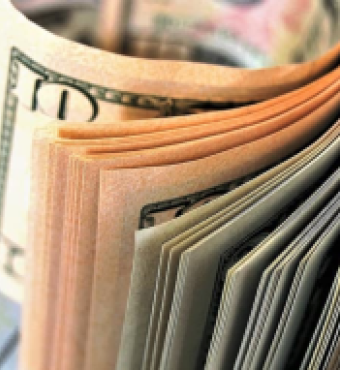 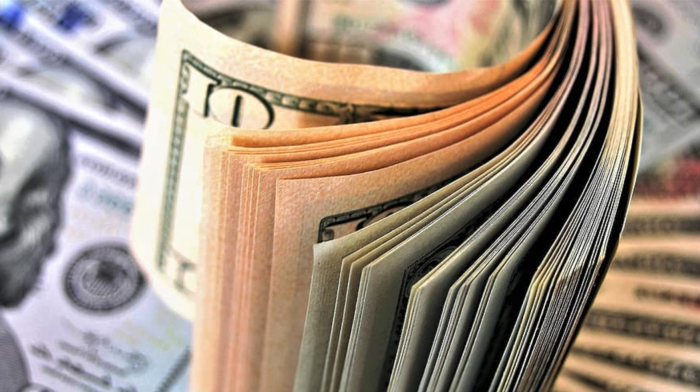 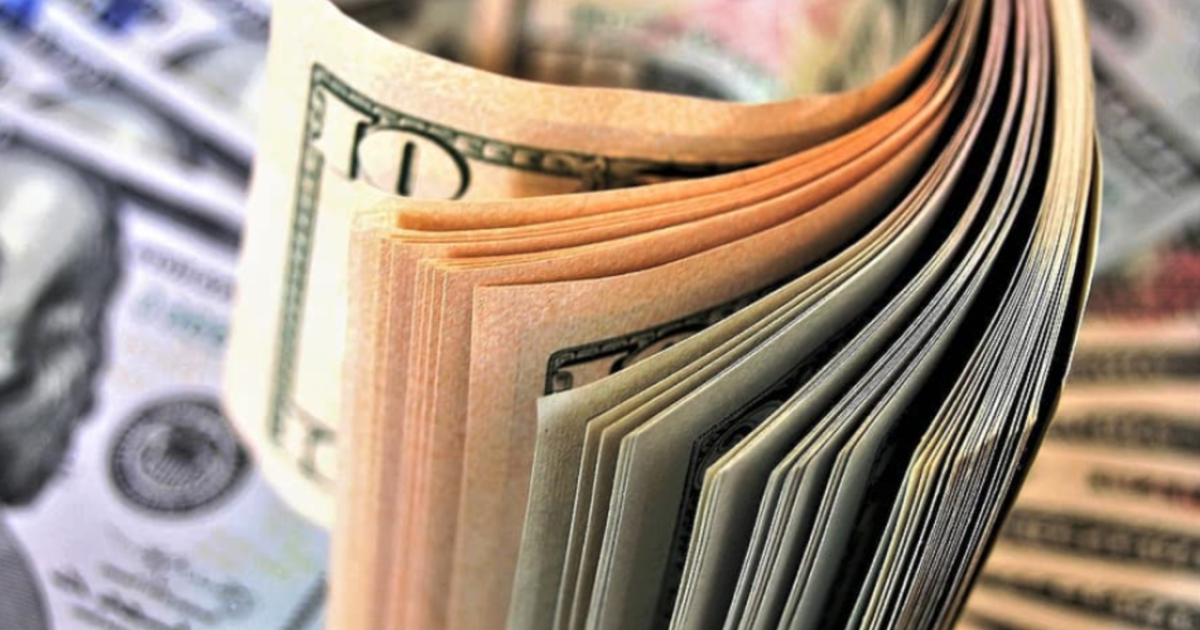 The 2022 Economic Report of the President, released on April 14, highlighted the drop in poverty between 2019 and 2020 for black and Hispanic Americans. The authors, who are members and staff of President Biden’s Council of Economic Advisers (CEA), wrote:

“Official estimates for the year 2021 will not be released until late 2022, but in 2020, the poverty rate fell to 9.6 percent from 11.8 percent in 2019, according to the Supplemental Poverty Measure, which accounts for the resources that many low-income households receive from the government (Fox and Burns 2021). Declines in poverty were even larger for particular racial and ethnic groups, with the supplemental poverty rate among Black and Hispanic Americans falling by 3.7 and 4.9 percentage points, respectively.”

Why did the CEA of a Democratic administration highlight economic progress that occurred solely during former President Trump’s time in office? Was this a rare move beyond the typical Washington partisanship? Not quite. If it had been, the report would have highlighted the large drop in black and Hispanic poverty during the first three years of Trump’s time in office. That progress shows up in the report’s graph, but the CEA was silent about it. Indeed, black people, Hispanic people, and lower-income people generally made huge economic progress during the first three years of Trump’s term.

Later in the same paragraph from which I quoted above, the authors give their reason for highlighting 2020: “The data illustrate the importance of public assistance in preventing pandemic hardships.” In short, the Biden economists are using the data to make the case for increased welfare payments.

But what about the first three years, when the decline in poverty was almost as remarkable but was not due to increased welfare payments? Is there an economic policy lesson there? Apparently, Biden’s economists didn’t see one.

Fortunately, we’re not stuck with their perspective. We can look at more facts, not just about declines in poverty but also about increases in income at various parts of the income distribution. Doing so helps us understand that much of the progress was due to Trump’s 2017 tax cut and his deregulation of major sectors of the economy.

The Unequal Percentage Gains in Income

One author who has been quick to notice the gains in income for black and Hispanic people is Manhattan Institute senior fellow Jason L. Riley. In his fact-filled and beautifully terse 2022 book, The Black Boom, Riley, shows that incomes for every demographic and every part of the income distribution grew during Trump’s first three years.

My independent check of the data shows that Riley is right. Each year the US Census reports comprehensive survey data on incomes of various ethnic groups. Its latest report shows that between 2017 and 2019, median income for black households rose from $40,594 to $46,073, a rise of 13.5 percent over just two years. Adjusted for inflation, the increase was a respectable 8.8 percent. For Hispanic households, median income rose from $61,372 in 2917 to $68,703 in 2019, an 11.3 percent increase; inflation adjusted, the increase was 7.3 percent.

What Caused the Increases in Income?

On February 10, 2017, less than one month into the Trump presidency, Joe Kernen and Becky Quick interviewed me on CNBC’s Squawk Box about economics under the Trump administration. My fellow interviewee, Tony Crescenzi of Pimco, was pessimistic about future growth rates. He argued that the labor force would grow by less than 1 percent and that productivity would grow by less than 1 percent, causing overall economic growth to be less than 2 percent annually. While I granted his arithmetic, I challenged his data. Predicting productivity growth, I pointed out, is necessarily forward looking. I asked, “What if we get all kinds of deregulation that frees things up and you get more productivity?”

It turns out that I was prescient. Especially in his first year in office, before Trump’s main tariff increases were implemented, the big story was his deregulatory moves. And they did increase productivity and economic growth. In “Trump’s Deregulatory Successes,” Defining Ideas, July 7, 2019, I drew heavily on a June 2019 report by Trump’s Council of Economic Advisers titled “The Economic Effects of Federal Deregulation since January 2017: An Interim Report,” to show that some major deregulatory initiatives of the Trump administration had added, and would add, substantially to economic growth. One major success was the relaxation of requirements for approving generic drugs. Trump’s CEA estimated that the reforms would “save consumers almost 10 percent on retail prescription drugs,” resulting in a $32 billion per year increase in their purchasing power. Add a few similar size deregulations together and pretty soon we’re talking real growth.

What I didn’t mention, because it hadn’t been formulated yet, was the pro-growth effects of Trump’s and Congress’s tax cut, the 2017 Tax Cuts and Jobs Act. A major provision of that act was a reduction in the corporate income tax rate from 35 percent to 21 percent, making the United States into much more of a competitor for capital; before that tax cut, the United States had one of the highest corporate tax rates in the developed world. Economists have long known that if you cut tax rates on capital, you increase the incentive to invest in capital. That matters because one of the surest ways to increase both economic growth and real wages is to increase the amount of capital per worker. So a major contributor to the increased household incomes noted above was the 2017 tax cut.

What Was Obama’s Contribution?

In The Black Boom, Jason L. Riley does an outstanding job of reminding us that many of the critical commentators in 2016 were, like the earlier mentioned Tony Crescenzi, pessimistic about the prospects for higher economic growth. In September 2016, Lawrence Summers, who had been President Obama’s treasury secretary, stated that there was more than a 50 percent chance that the US economy would enter a recession within three years. Riley points out that the Federal Reserve predicted that in 2017, 2018, and 2019, the unemployment rate would be between 4.4 percent and 4.9 percent and economic growth would be between 1.7 percent and 2.2 percent. Riley quotes similarly pessimistic predictions of job growth by the Congressional Budget Office and other economists.

What accounts for these better-than-expected unemployment rates and economic growth rates are likely the deregulation and tax cuts mentioned earlier.

But rather than admit their mistakes, some of the pessimists have claimed that the good numbers are due to former president Obama’s economic policies. They forget their own predictions and argue instead that the results were simply momentum from the Obama years.

Their case is superficially plausible, if you don’t think about basic economics. What caused the decline in unemployment and the increase in economic growth during the Obama administration was the recovery from the recession of 2007–9. During the first few years of recovery, economic growth will be higher than normal. But it peters out, not to zero, but to a lower level. The famous line that economic expansions don’t die of old age is true. But in the absence of pro-growth policies, economic growth rates after the recovery from a recession do tend to fall. That, indeed, was why so many of the aforementioned predictors were pessimistic. The bottom line is that Obama deserves none of the credit for the good economic performance during the years 2017 to 2019.

Moreover, it’s even harder to argue that the improvement for black Americans had anything to do with Obama’s economic policies because they did so badly under Obama. From 2009 to 2016, the Obama years, real median income for black households rose by 9.1 percent. That’s an annual average of only 1.3 percent, which is less than one-third of the average of 4.4 percent from 2017 to 2019.

What’s Good for Black People is Good for the Nation

We know, and have known since Adam Smith’s 1776 opus, The Wealth of Nations, how to get economic growth: deregulate or keep regulation limited, cut marginal tax rates or keep them low, have relatively free trade, and restrain government spending. Let’s not forget the roots of black and, indeed, all economic progress.