Russia is declining, with talent and capital in full flight. Yet despite this wretched hand, Vladimir Putin is trumping the West. 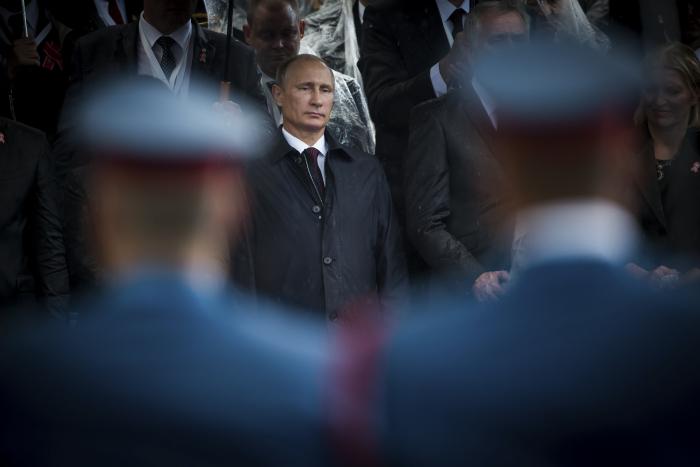 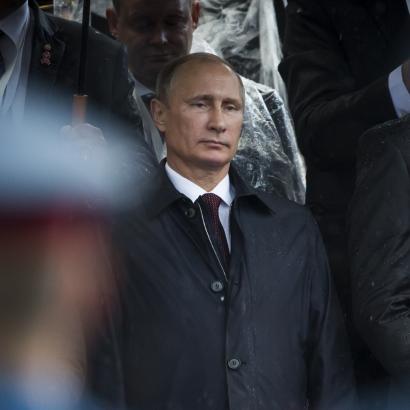 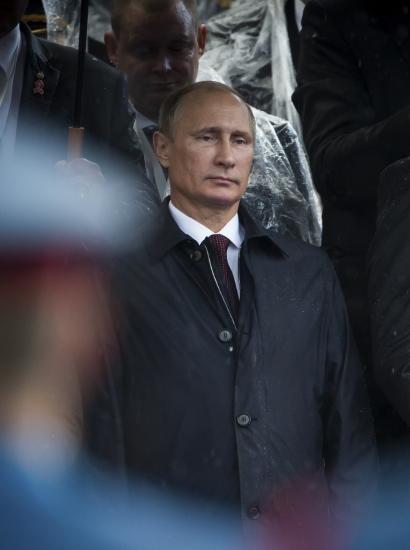 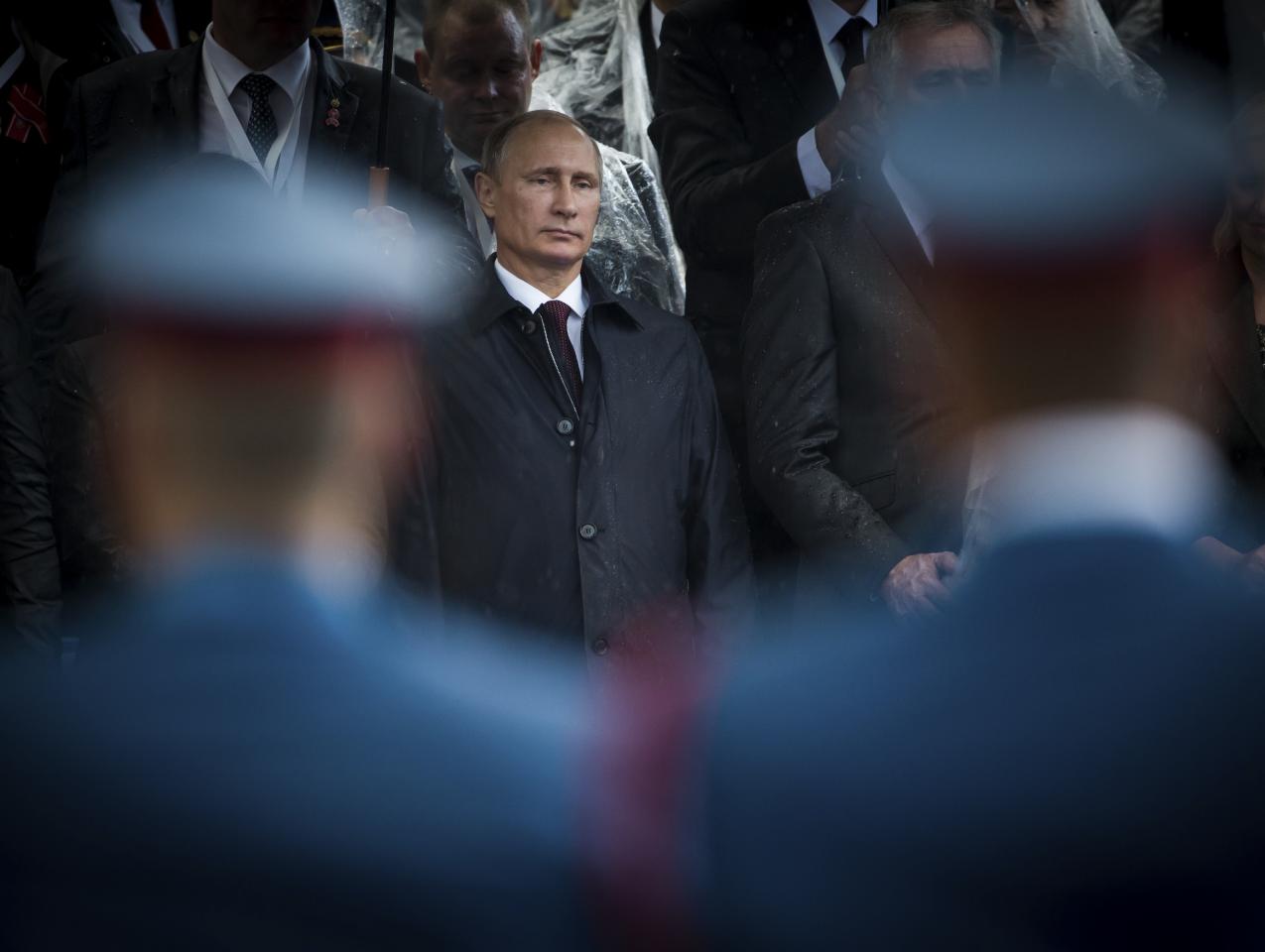 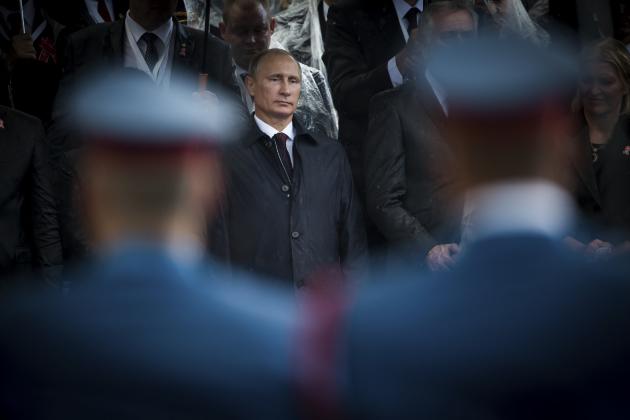 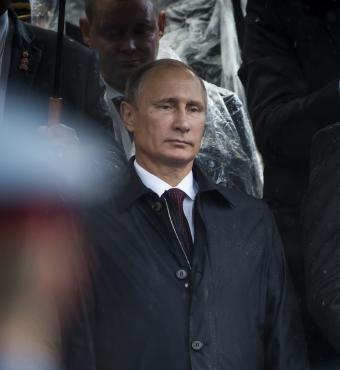 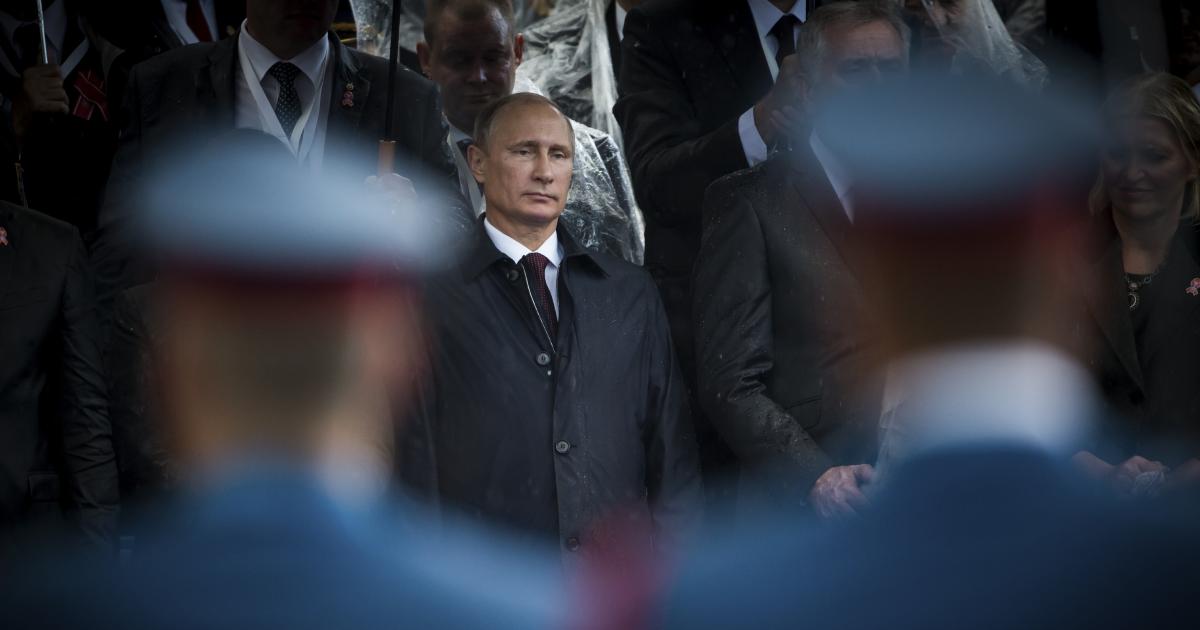 Russia’s decline continues. Beneath the bluster, elites are jittery. The populace is prideful but miserable. Talent—not just capital—is in full flight. The regime has no strategy beyond its own survival, and Vladimir Putin has become a snarling stuntman with a surgically enhanced appearance and a propaganda-enhanced approval rating.

Yet despite this wretched hand, Russia’s autocrat has been trumping the West. Just last week, after President Obama gave a speech at the United Nations, Mr. Putin began bombing the political opponents of the Syrian butcher Bashar al-Assad in the name of combating “terrorism.”

Steven Lee Myers’s “The New Tsar: The Rise and Reign of Vladimir Putin” provides a comprehensive look at Russia’s would-be savior and America’s nemesis. Much of the account is familiar: the Putin family’s shabby communal apartment in post-World War II Leningrad; young Vladimir as an indifferent student and courtyard ruffian; the sudden discipline instilled by martial arts; his obsession with the popular film series “Shield and Sword” (1968), which inspired a dream to join the KGB. The tap on the shoulder that fulfilled that dream came while he was a law student at Leningrad State University. Next up was spy school, a career policing thought in Leningrad and then a foreign assignment in an East German backwater.

Mr. Myers, who spent seven years as a New York Times correspondent in Moscow, digs through an impressively wide range of materials, gathering revealing quotes from lifelong loyalists as well as insiders who broke ranks. Unlike so many other authors who take on Mr. Putin, he refuses to cherry pick anecdotes or indulge in dippy conspiracy theories. His reliable, wealth-of-details approach captures the zigs and zags of Mr. Putin’s evolution.

The implosion of the Eastern Bloc and then of the Soviet Union in 1989-91 meant a new life for Mr. Putin as top deputy to the democratically elected mayor of St. Petersburg, Anatoly Sobchak. The KGB operative tried to make Russia’s version of democracy work: When rivals deployed dirty tricks to foil Sobchak’s re-election campaign in the mid-1990s, Mr. Putin indignantly wrote to Moscow demanding that the Kremlin take “decisive action to end the use of the law-enforcement authorities for political purposes.”

His naive appeal fell flat, but connections soon catapulted him into the presidential administration in Moscow, and in 1998 a promotion by Boris Yeltsin made Mr. Putin the head of the KGB’s successor agency. His ascent to the presidency is its own sordid tale.

President Putin’s first term (2000-04) brimmed with hope and economic growth. When and why he abandoned his efforts at structural reform remains a matter of controversy.

Mr. Myers approvingly quotes a letter written by the imprisoned oil magnate Mikhail Khodorkovsky in 2004, in which he said that Mr. Putin “is probably neither a liberal nor a democrat, but he is still more liberal and democratic than 70 percent of our country’s population.” But this assertion remains unsubstantiated because Mr. Myers’s biography doesn’t examine Russian society. The author also seems to lend some support to the popular narrative within Russia of “Western betrayal,” pointing out that Mr. Putin held four meetings with President George W. Bush in 2001, and all he got was a week’s notice when Washington unilaterally abrogated the Anti-Ballistic Missile Treaty. But what of the experience of rebuilding state power in shaping Mr. Putin’s truculence? What of the perennial conundrum of confronting the West’s abiding superiority and Russia’s weakness?

Few people who have had a brush with Mr. Putin come off well here. After his re-election to a second term in 2004, the investor Bill Browder told a journalist that “people will forget in six months that Khodorkovsky is still sitting in jail”—and he and others continued to invest in the country. Similarly, John Browne, then CEO of BP, is heard dismissing the Putin regime’s annihilation of Mr. Khodorkovsky’s private oil company Yukos with the comment: “No country has come so far in such a short space of time.” (BP later partnered with Rosneft, the company that stole Yukos.)

Mr. Myers lays bare the hash of George W. Bush’s look-into-Mr. Putin’s-soul Russia policy, which culminated in the consolidation of the partition of Georgia in 2008. He then recounts the blowup of President Barack Obama’s reset Russia policy.

The author reminds us that Secretary of State Hillary Clinton warned in December 2012 that Mr. Putin’s proposed “Eurasian Union” sought to subjugate its former possessions and added that “we are trying to figure out effective ways to slow down or prevent it.” Mr. Putin sabotaged it for her in 2014, when he seized Crimea from Ukraine, consolidating a strong pro-Europe majority in Kiev and sending chills through the capitals of Belarus and Kazakhstan. But Ukraine is now dismembered.

Countless secondary characters are introduced knowledgeably here, but none come to full-blooded life. Even the protagonist can seem elusive. Contra Mr. Myers, Mr. Putin is not a “tsar.” The ambiguity of any succession is potentially the most debilitating aspect of his rule, as it is for all authoritarian regimes. Still, Mr. Myers’s portrait—with malice as Mr. Putin’s defining attribute—is devastating precisely because it is judiciously drawn.

Ultimately, Mr. Putin’s tactical coups cannot conceal his failure to revive Russia as a genuine great power. At one point, Mr. Myers shows, Mr. Putin himself knew better. “It seems to all of us—and I will admit, to me sometimes as well—that by imposing strict order with an iron fist, we will all begin to live better, more comfortably, more securely,” Mr. Putin observed in 2002. “In actual fact that comfort would very quickly pass because that iron fist would very quickly begin to strangle us.”

Mr. Kotkin, author of “ Stalin,” is a Princeton professor and a Hoover Institution fellow at Stanford.