The Sahel region of Africa stretches east from Senegal’s Atlantic coast into Sudan, covering a vast space in which the Sahara Desert peters out southward into savannah. It is predominately Muslim, and specifically Sufi, a type of syncretic Islamic practice that emphasizes the mystical experience of God. 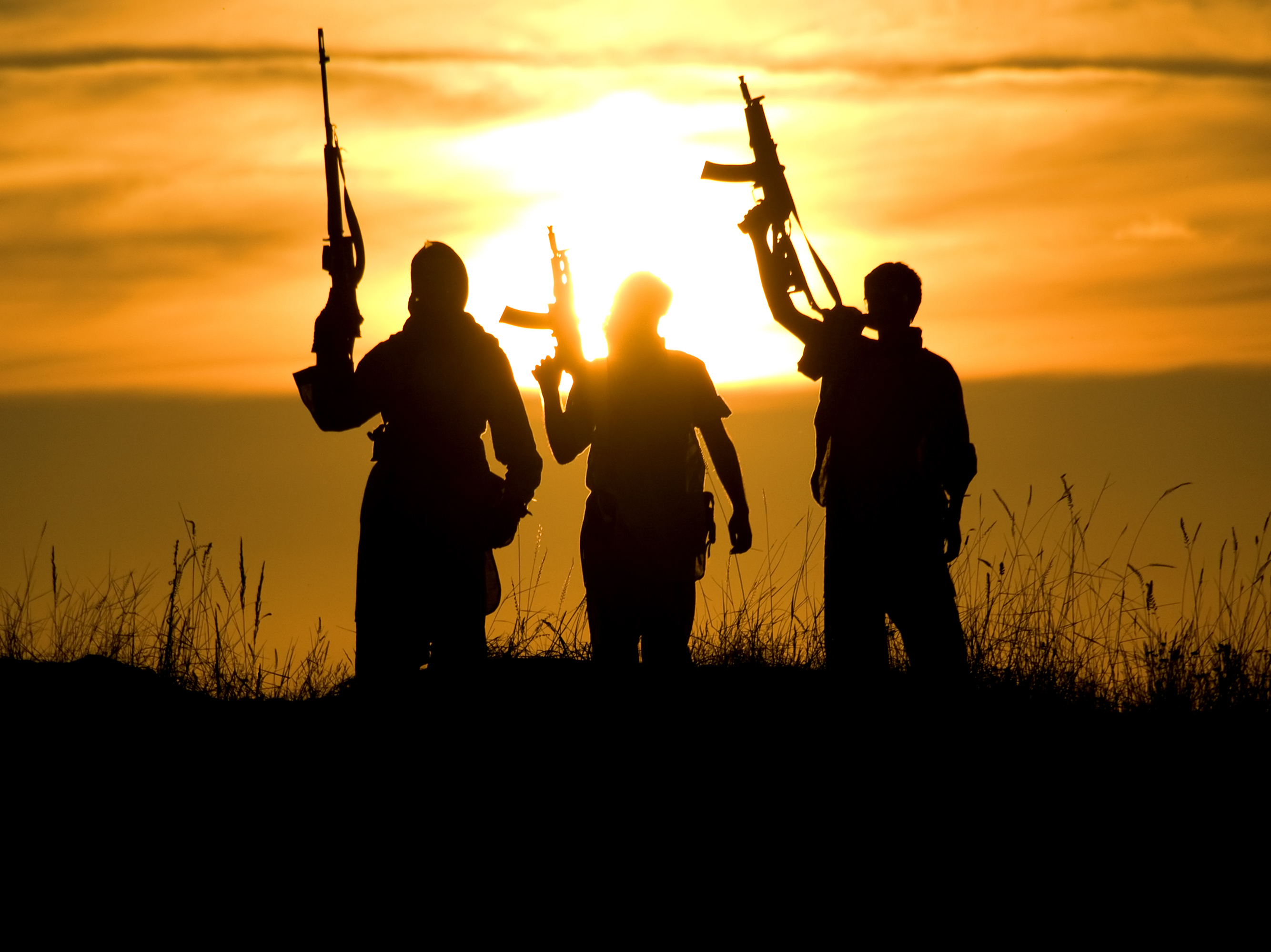 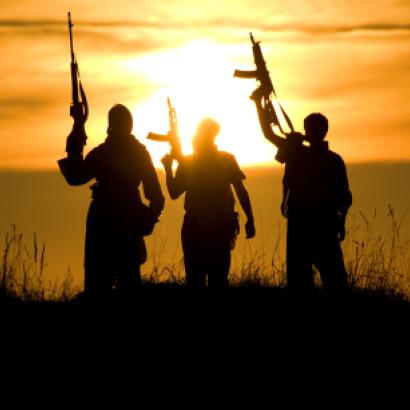 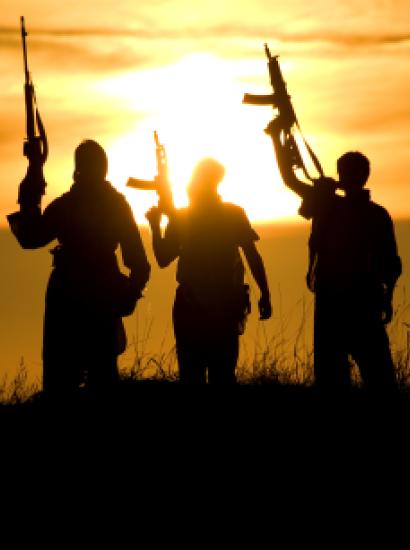 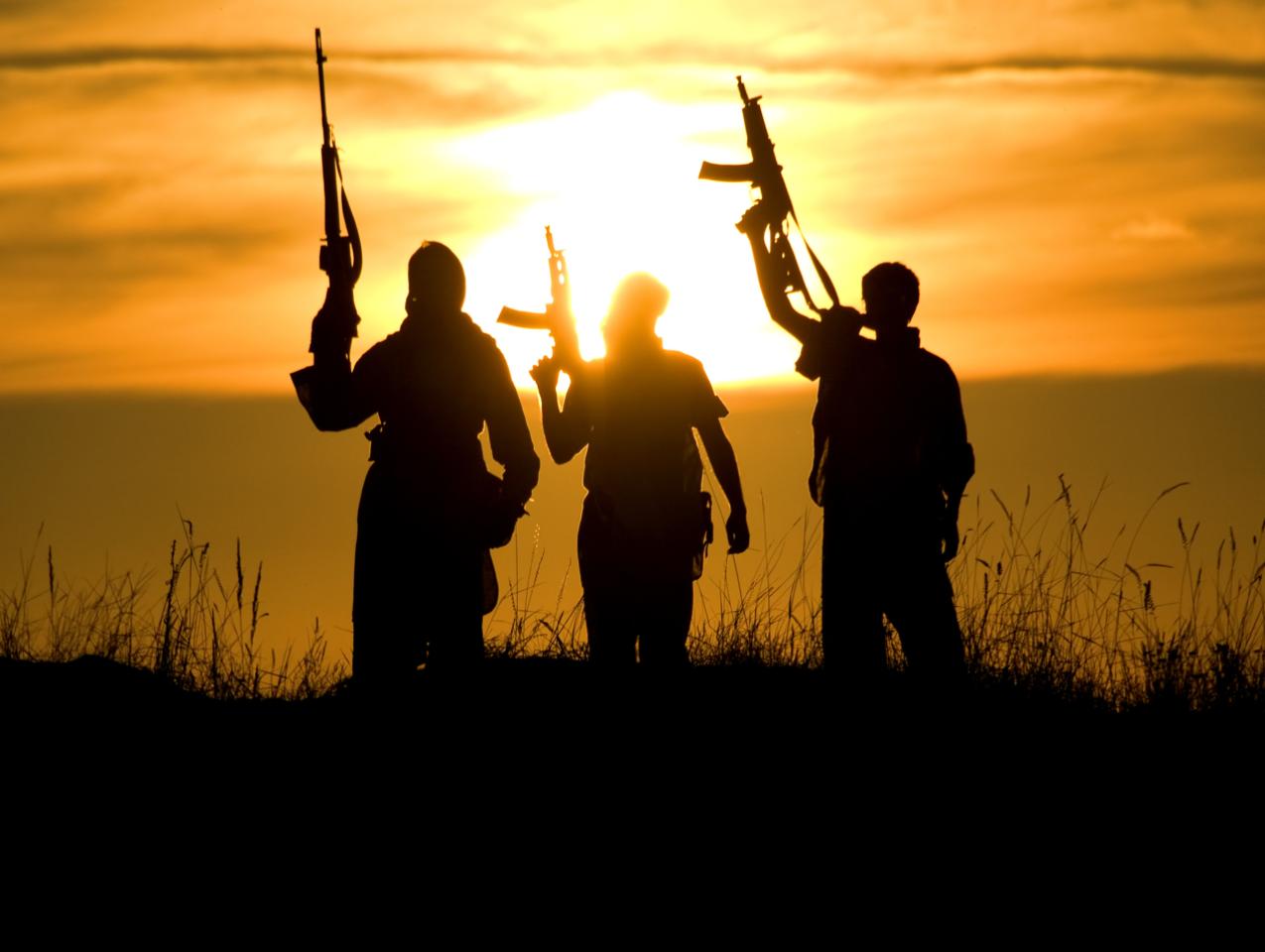 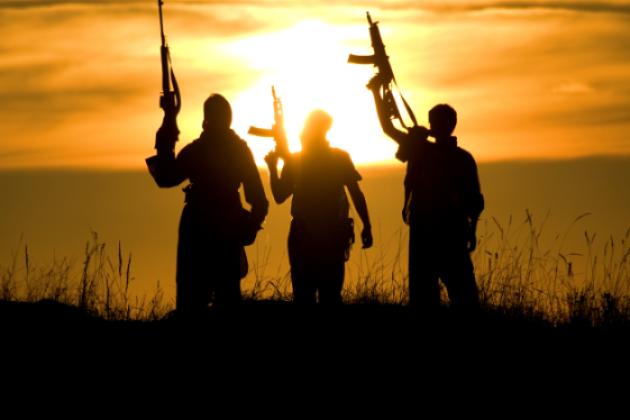 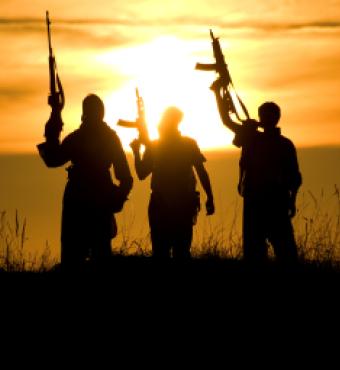 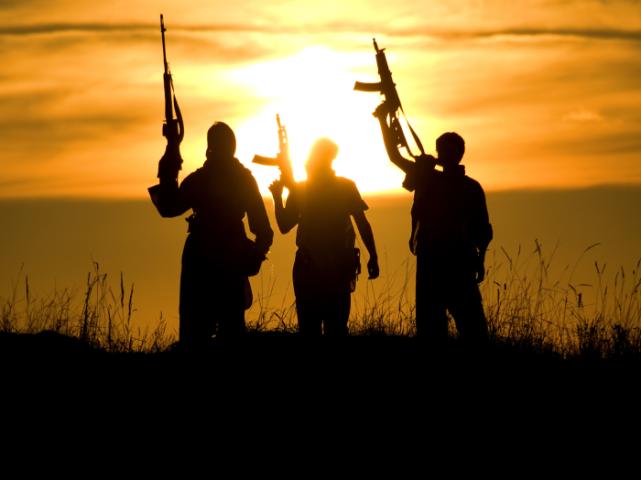 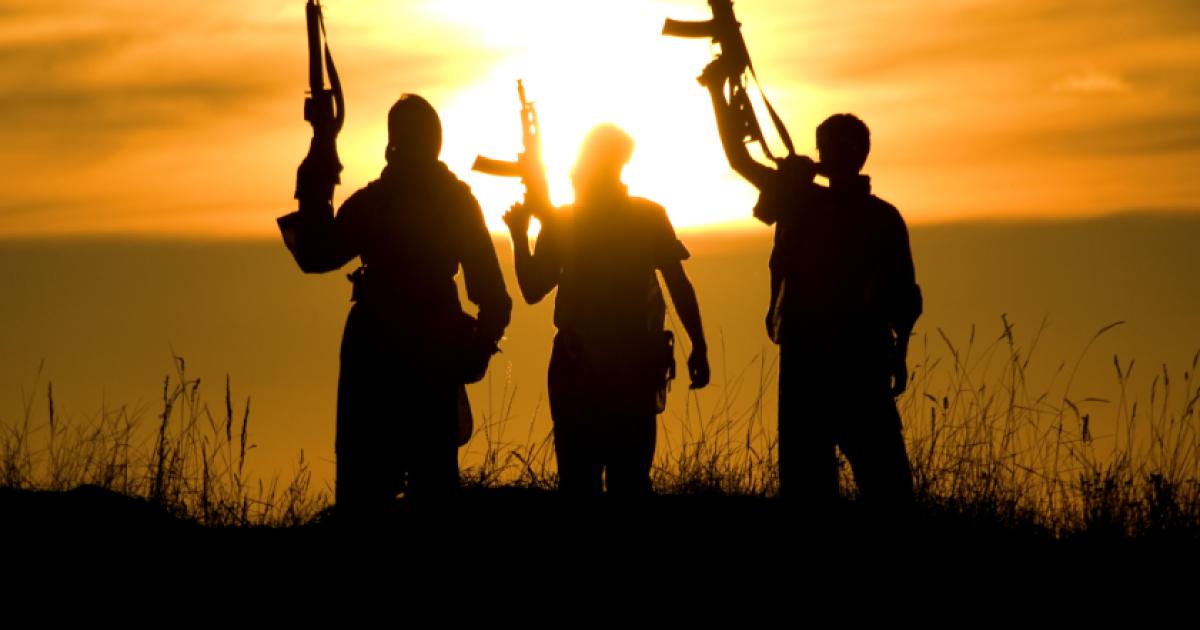 The Sahel region of Africa stretches east from Senegal’s Atlantic coast into Sudan, covering a vast space in which the Sahara Desert peters out southward into savannah. It is predominately Muslim, and specifically Sufi, a type of syncretic Islamic practice that emphasizes the mystical experience of God.

In the last hundred years, Sahelian Islam has changed dramatically. Sufism’s centuries-long dominance in the region is eroding due largely to the ascendance of Salafism, a fundamentalist Islamic practice that abhors other faiths and most other Islamic sects. Salafis’ exclusivism is based in their generally literalist interpretation of Islamic holy texts and their belief that the only true Islamic practice is that of the Prophet Mohamed and his immediate companions.

Salafi-style movements have surfaced periodically for hundreds of years in the Sahel, including the famous Usman dan Fodio jihad that began in 1804. Salafism’s recent surge, however, is due largely to a global, effective, and sustained Salafi movement that has burgeoned over the last century and emanates mostly from Middle Eastern petrostates. Saudi Arabia is a principal architect as it views Salafi proselytization as a geopolitical tool and a way to placate its fundamentalist clergy class on whom it relies for religious legitimacy. While money has also flowed from other countries such as Kuwait, Qatar, and the United Arab Emirates, the Saudis have likely spent more than $100 billion on proselytization globally, giving Salafis in Africa and beyond an enormous advantage over the much less wealthy and organized sects.

This global Salafism began conspicuously taking root in the Sahel around the mid-20th century. It grew rapidly as more Africans undertook the hajj during which some adopted the Wahhabi practice, the Saudi variant of Salafism. Africans returning from studies at centers of Salafi thought in places like Egypt, Pakistan, Saudi Arabia, and Sudan were also major purveyors of the practice, as were the many thousands of religious centers Salafis established across the continent.

Terrorism in the Sahel

The Sahel over the last six or so years has suffered perhaps the greatest surge of terrorist activity anywhere in the world. For a decade, al-Qaeda in the Islamic Maghreb was the only significant terrorist organization in the area, yet today there are nine discrete Islamist terrorist groups operating there. Violent terrorist events in the region have grown 16-fold since 2016. Five of the eleven countries at greatest risk for terrorist violence as scored in a recent index are Sahelian states.

Whether the growth of Salafism has caused the escalation in Islamist terrorism in the Sahel and throughout the world is a matter of debate. Scholars have not established a causal link between the two phenomena, though that may be because of a lack of study (Saudi Arabia funds much of the Middle East research in the U.S., which could have a dampening affect). Yet there are at least correlations between Salafism and Islamist terrorism. One study of Ghanaian and Liberian Muslims found that a literal reading of Islamic holy texts—a pillar of Salafi practice—related to support for religious violence. Another found that Wahhabism is a facilitator of radicalism though not a “direct contributor.” Some scholars, and many Muslims, are convinced that Salafism bears some blame for Islamist terrorism.

There is also the simple truth that, insofar as it is possible to ascertain from their rhetoric and actions, every active Sunni terrorist organization in Africa is Salafi, specifically Salafi-jihadi. Members of this sub-sect believe it is a religious obligation to forcefully impose the Islamic caliphate, the creation of which all Salafis hope for. They often invoke local grievances to win support, and people join them for many different reasons. There is also a spectrum of Salafi belief and practice (some consider any involvement in political affairs to be heretical, for instance). Yet as Salafism spreads, the number of Africans who share core theological beliefs with Salafi-jihadis grows. It beggars belief that some of them are not then made more amenable to the logic terrorists use to recruit.

Implications for the U.S.

Even as great power competition has understandably eclipsed terrorism as a concern for American policymakers, the latter remains threatening. African terrorist groups generally lack the capability to attack the U.S. homeland, but they will opportunistically attack local American interests. Most recently, Somalia’s al-Shabaab killed three Americans in January 2020 during an attack on a joint Kenyan-American military base. Africa is also strategically important enough to merit much greater American government and private sector engagement, but unchecked terrorist groups constrain what the U.S. can do there.

Furthermore, African Islamist terrorists’ general focus on establishing local rule is not proof that they are uninterested in attacking the U.S. There is no evidence that African Salafi-jihadis differ from their brethren elsewhere who wish to impose a global caliphate. The former’s parochialism likely stems from the belief imposed upon them by necessity that winning the local jihad must come before a broader campaign. The fact that nearly all African Islamist terror groups are affiliates of al-Qaeda or ISIS, whose obsession with America is well documented, further suggests that African terrorists would attack the U.S. if the chance came.

The African terror threat has also likely just become more acute because of the Taliban’s conquest of Afghanistan. African terrorists have old links to that country and to the Taliban. A number fought there during the anti-Soviet jihad, and others later received terrorist training in Afghanistan. The Taliban has deep ties to al-Qaeda, which since the time of Osama bin Laden has sworn allegiance to Taliban leaders (the Taliban’s current deputy emir also likely holds a senior al-Qaeda position). That relationship is unlikely to dissolve soon, which makes it possible that African terrorists will again find succor in Afghanistan.

The U.S. is not entirely helpless, though. There are Muslim countries and organizations trying to discredit radical Islamism, and the U.S. should assist them as much as it can without tainting them by association. Morocco, for instance, is a Muslim-majority country whose king claims descent from the Prophet Mohamed, and so has some Islamic legitimacy. Rabat has for years supported scholars trying to elucidate what they believe are the theological errors of violent Islamism, and trained thousands of Islamic teachers in tolerant forms of Islam.

Washington should also hold to their promises countries like Qatar and Saudi Arabia that bankrolled Salafi proselytization and Islamist terrorists but promise to reform. Both countries have cracked down on financing for terrorist organizations, but they may see no harm in proselytizing Salafism itself, believing that it is only the Salafi-jihadi variety that is problematic. Yet their aggressive export of an Islamic practice that often sparks religious disharmony in Africa, and which enjoys an unfair financial advantage that helps it crowd out traditional practices of Islam, is damaging. Washington could also help such countries develop and refine the tools necessary to disrupt their citizens’ surreptitious funding of Salafi and extremist organizations worldwide.

The U.S. has some tools to fight the government failure that creates an environment where people are receptive to Salafi-jihadi ideology. Most countries in the Sahel are dismally managed—the eight of them average a score of 46 out of 100 in the Ibrahim Index of African Governance—and their failure to provide a basic level of security, services, and freedom to their citizens enhances the appeal of Islamists who claim to have an explanation and solution for all personal and societal ills. Salafis have gained adherents by providing schooling, healthcare, and even security in places where governments fail to do so.

Washington has a poor track record of enabling better governance in other countries, so it should reform its approach. More focus and resources on facilitating U.S. private sector involvement in Africa, and urging and supporting African countries to improve their business environments, could help. It should also increase its efforts to bolster civil society organizations, many of which are the best, or only, option for holding to account poorly performing governments.

Salafis have come to dominate Islamic practice in parts of Africa. Even in some places where they are a minority, such as in Mali, the advantages they gained from the global movement allowed them to build outsized influence. The governmental insufficiencies that likely enhance the appeal of Salafism are virtually certain to continue for the foreseeable future as well. This all suggests that African Salafism is self-sustaining and its march will continue, including in the terrorism-plagued Sahel.

Joshua Meservey is the Senior Policy Analyst for Africa and the Middle East at The Heritage Foundation. You can find him on Twitter at @JMeservey.