Since the 1979 revolution in Iran, the defining religious competition in the Middle East has been between Sunni Saudi Arabia and the Shi'ite Islamic Republic.  That clash was not initially sectarian. 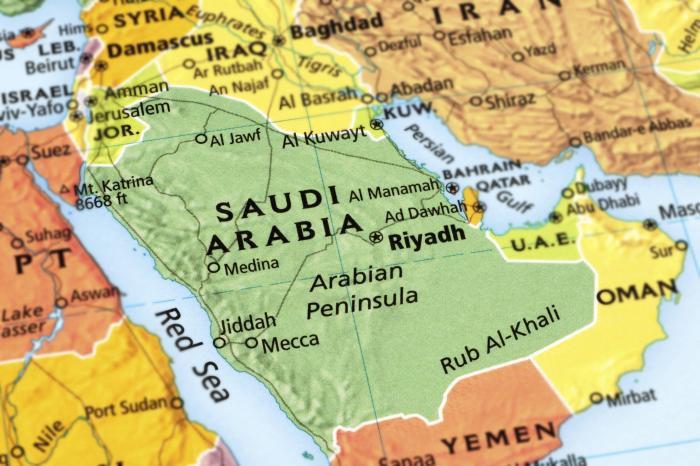 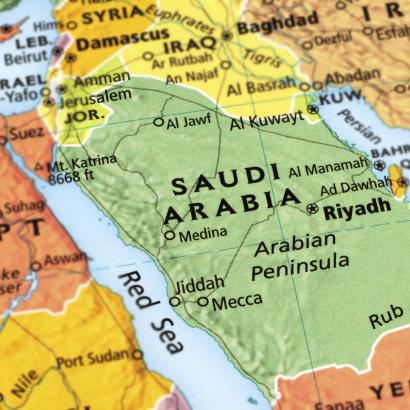 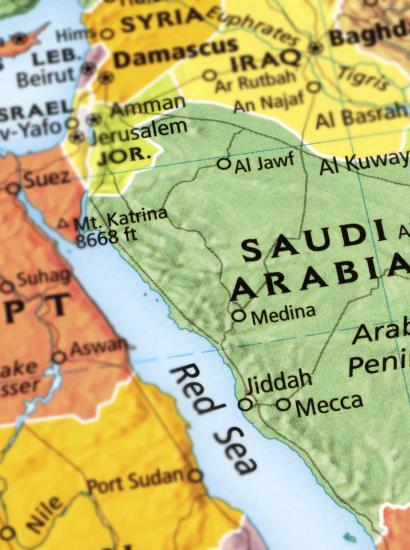 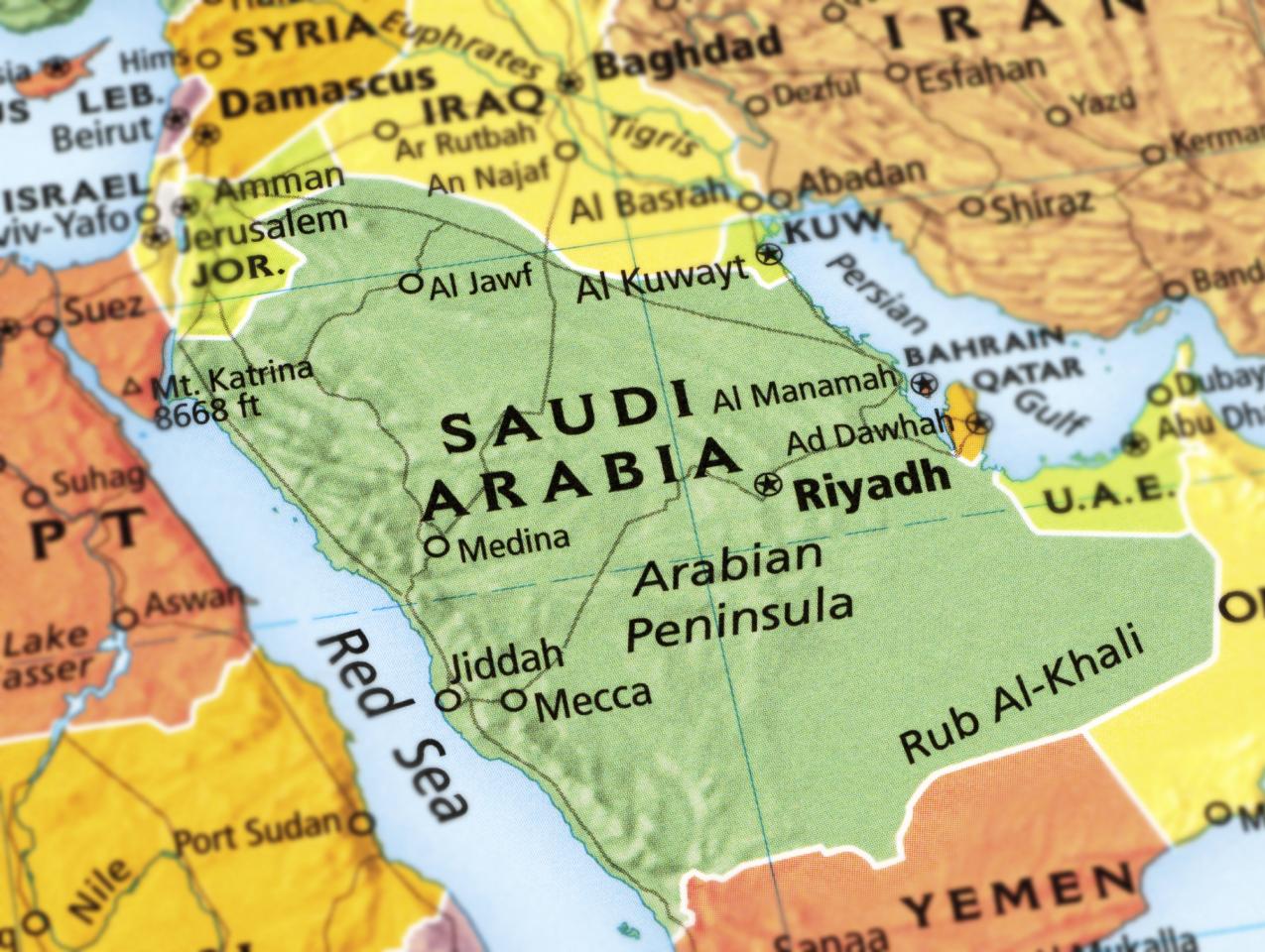 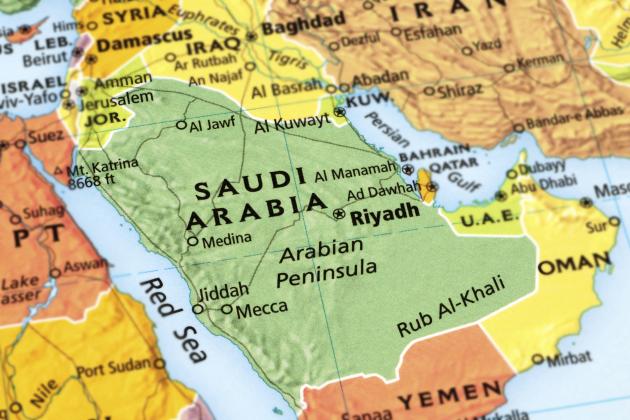 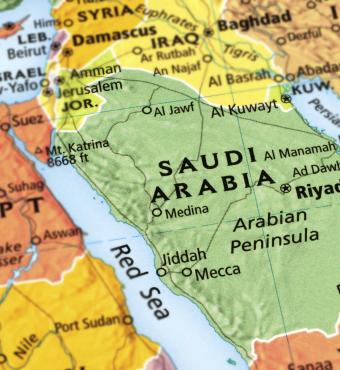 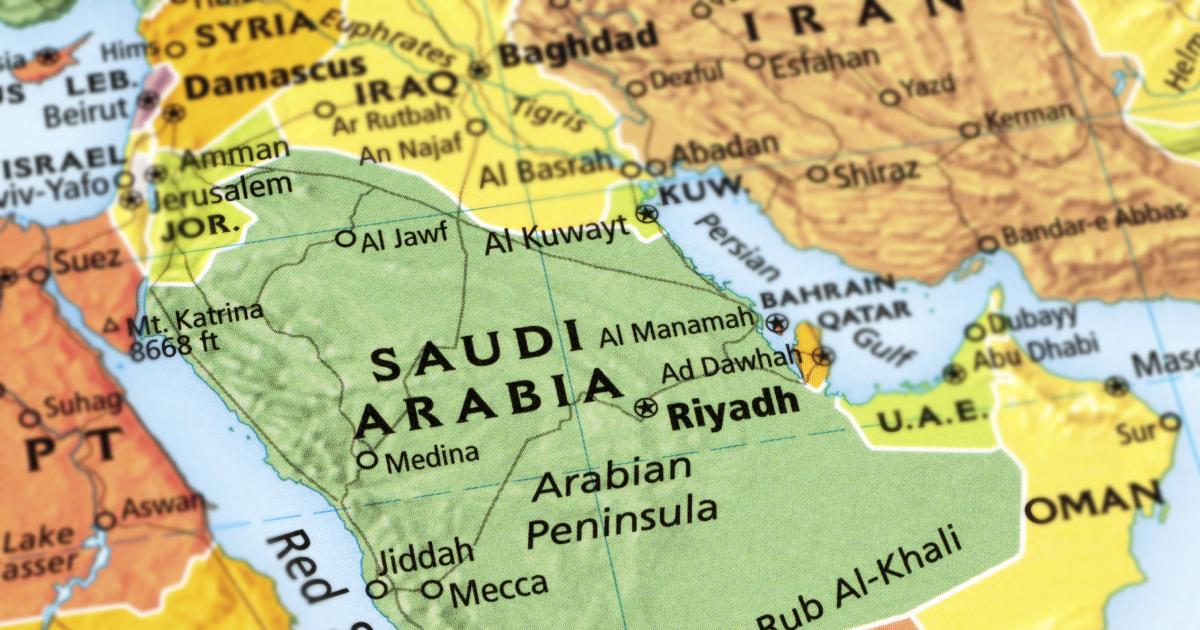 Since the 1979 revolution in Iran, the defining religious competition in the Middle East has been between Sunni Saudi Arabia and the Shi'ite Islamic Republic.  That clash was not initially sectarian.  The clerical regime in Tehran was, despite lapses now and then in Ayatollah Ruhollah Khomeini's rhetoric, explicitly ecumenical:  the Iranians wanted to appeal to Sunni Muslims worldwide by depicting themselves as the true paladin against America and the West.  The mollahs might become more parochial in regional contests—in Iraq against Saddam Hussein and in Lebanon against the Sunni Lebanese and Palestinians.  But they were always aware of the larger contest and could, with little discomfort, aid Shi’ite-hating Sunni militants so long as they actively sought to hurt the United States or Israel.

However, the Saudis, inextricably intertwined with their Wahhabi religious establishment, have always been viciously anti-Shi'ite.  The Wahhabi doctrine of tawhid—"the unity of God"—does not allow space for the Shi'ites' semi-divine Imams (the caliph Ali, son-in-law and cousin of the Prophet Muhammad and the first Imam of Shi'ism).  And the Saudi–Iranian collision is more profound today than it was four decades ago when Tehran tried to turn the hajj, the annual Muslim pilgrimage to Mecca, into a deadly, regime-shaking demonstration against the Arabian monarchy.

Yet the Saudis decisively won the first round.  Saudi-financed Sunni fundamentalism gained the high ground throughout the Greater Middle East and the Sunni status-quo held: no Sunni ruler fell to an Islamic revolution and the Saudis themselves withstood a Sunni messianic assault against the Grand Mosque in Mecca in 1979.  And Saudi-backed Iraq won the war against Iran in 1988, scarring and traumatizing the Islamic Republic for more than two decades.

The Saudis, however, are unlikely to do as well in round two, in part because round one was so successful.   Saudi-sponsored fundamentalism has helped to breed anti-status quo sentiments throughout the Islamic world, since modern Muslim revivalism, where ever it has grown, has been uncomfortable with, if not hostile to, traditional kingship (only the virtuous have a right to rule), let alone Westernized military dictatorships that once dominated the Middle East and still hold sway in Egypt and Algeria.   With the drastic weakening of the nation-state system, Wahhabism and its sister creed, Salafism, have helped to produce mutinies everywhere among the faithful, as rival militant groups aspire to lead believers to a promised land ruled by the Holy Law.

It's a perverse situation for the Saudis.   They have spent tens of billions of dollars since the 1950s on missionary activity, believing that this would create conservative religious societies friendly to their monarchy (and blind to the royal family's extravagances and hypocrisy).   That aspiration for decades led them to support the Muslim Brotherhood, the mothership of populist Islamist movements, which has deep roots inside Saudi society and may remain, even after the military coup in Egypt against an elected Brotherhood government, the preeminent Sunni opponent of the Saudis.

And yet the House of al-Sa'ud cannot stop digging itself further into a hole.  Ideologically, it is incapable of not supporting Muslim fundamentalism, which is the raison d'être of its political system.  It may give billions to the Egyptian generalissimo, now-president-for-life, Abd al-Fattah al-Sissi, who in turn oppresses the fundamentalists closest to the Wahhabi creed.   Sissi now openly expresses his sympathy for Bashar al-Assad, the Iranian-backed, secular Shi'ite Syrian dictator who is besieged by Sunni militants, many of whom Riyadh now financially and militarily supports.  The Saudis haven't gained any ideological leverage in the Middle East from their Egyptian investment. The era of transnational appeal, where Arab rulers could aspire to have sympathizers, even fifth-columnists, abroad, is over.  Only the Islamists now have such reach.   And needless to say, Sissi, who refused a Saudi request to send troops to fight against Shi'ites in Yemen, isn't going to send Egyptian soldiers to Syria.  The Saudis are keeping the Egyptian military junta financially afloat for fear of a Brotherhood–Salafist maelstrom that could come with the dictatorship's collapse, but Sissi hasn't become more pro-Saudi.

And the Saudi cold war against the Iranian regime offers the certain prospect that Riyadh will continue to support Sunni militants who, if they can defeat their Iranian-backed foes, will establish political systems hostile to the Saudi monarchy and friendly to the idea of a new caliphate or emirate of the militant faithful or even possibly a quasi-democratic system, where Islamist political parties will further bury the legitimacy of monarchy.

The chances of secular Sunni military strongmen rising from the ruins in Shi'ite-dominated Iraq are zero, and in Syria and Yemen near zero.  The über-conservative Saudi vision for Muslim societies in the Middle East depended on secular military rulers who did not embrace the Holy Law, often really liked their Western vices, and filled their prisons with folks most influenced by the religious intellectuals and scholars that Saudi Arabia has nurtured since the 1950s.  Saudi religion and Saudi realpolitik always cohabited poorly. The Great Arab Revolt of 2010­–2011 upended the regional order that allowed these contradictions to survive.

And what the "Arab Spring" didn't scramble, Barack Obama has.  The de facto realignment of the United States with the now energetically sectarian Shi'ites in Tehran, which is an unavoidable side-effect of the nuclear deal (the Obama administration has essentially ended sanctions against Iran as a tool of US diplomacy and it has declined to take or support any aggressive actions against the Assad regime in Syria), has further cast the Saudis adrift.  America's anti-Iranian stance was inextricably tied to Saudi self-confidence and its vision of increasingly religious Sunni military regimes ruling over religiously devout populations.  And the rise of the Islamic state has again cast a spotlight on the Saudis' intolerant religious ideology.  Saudi Arabia's propaganda war against the Islamic Republic, at least in the West, is more difficult than it was before land-grabbing Sunni jihadists seized the limelight.

The Saudis are now confronting the Iranians in a Near East where the Sunni-Shi'ite split in population is about equal.   Tehran is creating militant militias, modeled on the Lebanese Hizbollah, wherever it extends its influence.  These militias probably cannot overcome their Sunni counterparts—the Islamic State, the al-Qa'ida-affiliated Jahbat al-Nusra, and all the other myriad Sunni forces arrayed against Shi'ites.   But they can check them and keep the region in turmoil, which works to Tehran's advantage.

Iranian influence in the Middle East has never been higher since 1979; Saudi influence hasn't been lower since the Islamic Revolution.  And whereas the continuing chaos allows the clerical regime to build radical forces sympathetic to its rule (and to deconstruct traditional Shi'ite society and institutions that are averse to its theocracy), the Saudis have no choice but to back radical Sunni Islamist outfits whose ideologies are toxic to the Saudi monarchy.   It's a predicament that can make one sympathize with the children and grandchildren of Ibn Saud as they desperately try to devise new alliances and find more charismatic leadership.  One thing is for certain.  The commander of the Iranian Islamic Revolutionary Guard Corps, Mohammad Ali Jafari, is right:  the Saudis, unlike the Iranians, don't have the "courage" to send their forces to fight in Syria.  If the Saudis are to win this time round, they will have to find someone, somewhere, to do the fighting for them.