Stimulus and the Great Depression

Neither the New Deal nor the war pulled the economy out of its worst crisis. What did? Wiser policies. By Lee E. Ohanian and Harold L. Cole. 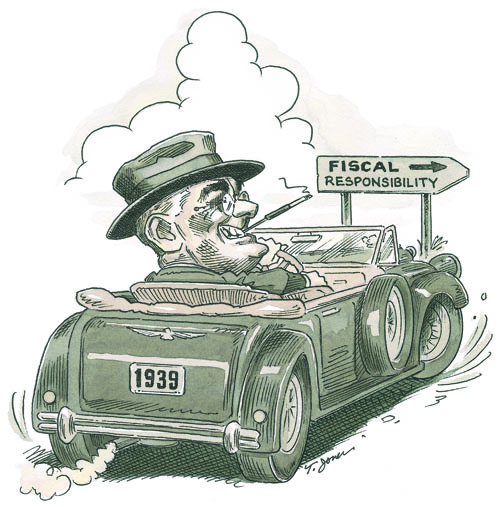 Stimulus and the Great Depression 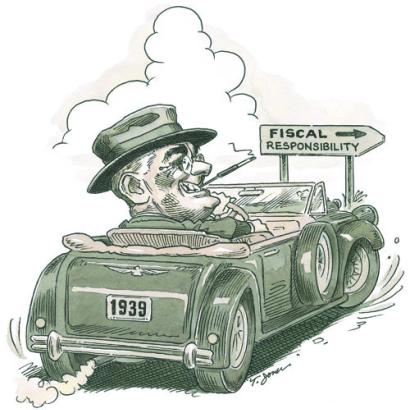 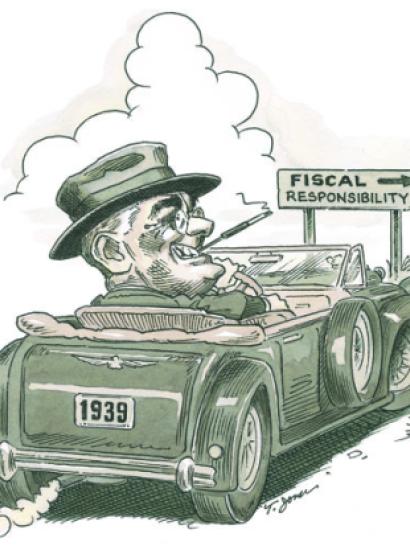 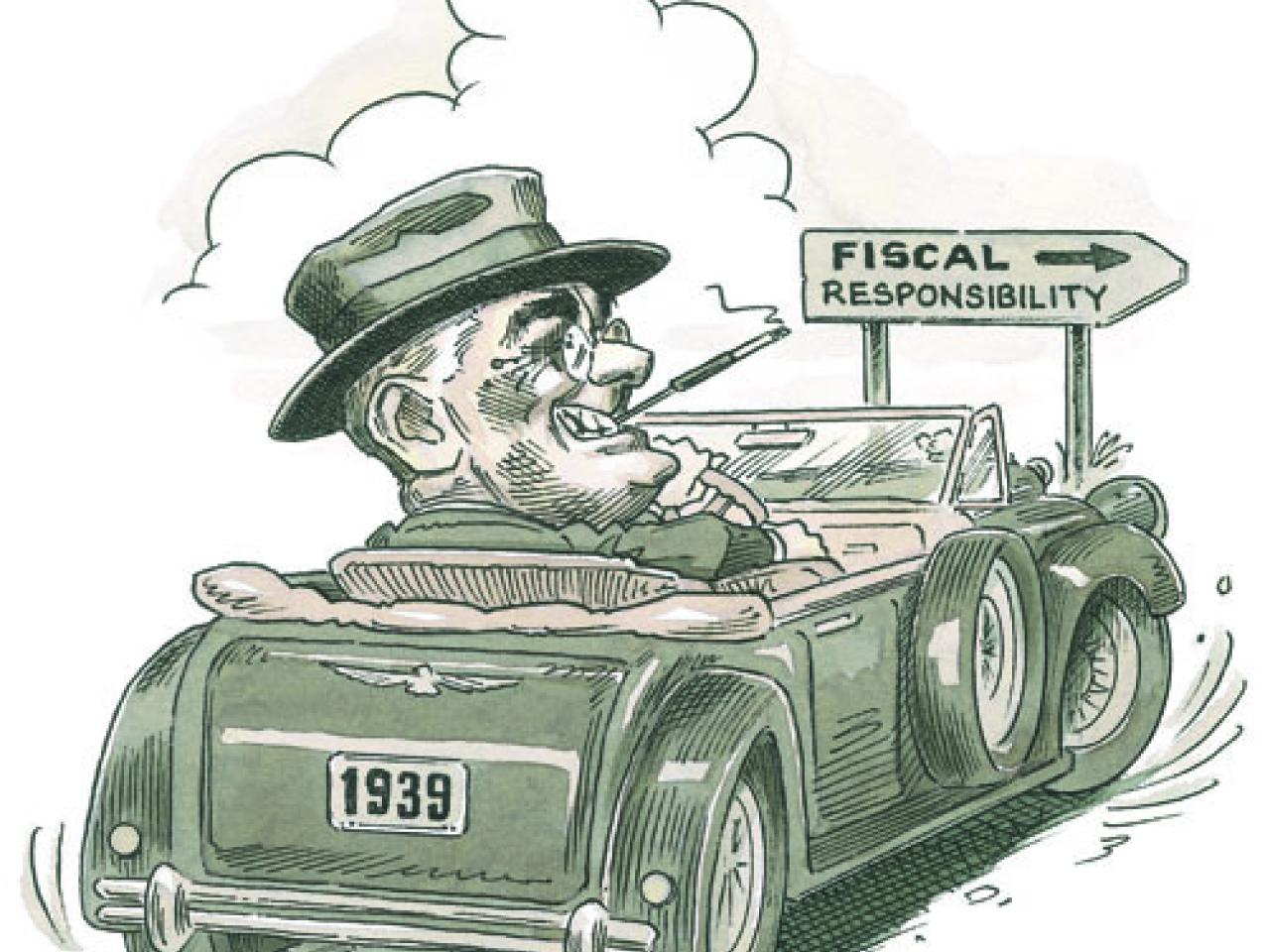 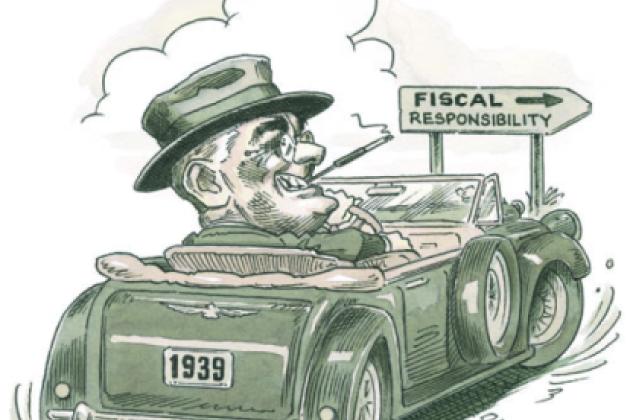 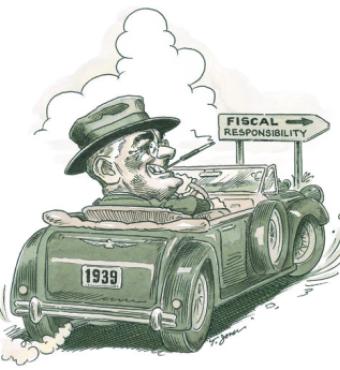 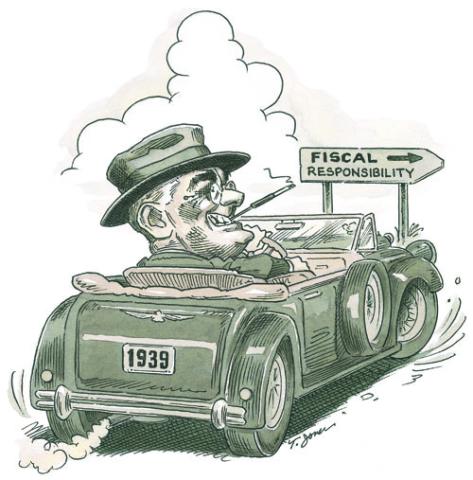 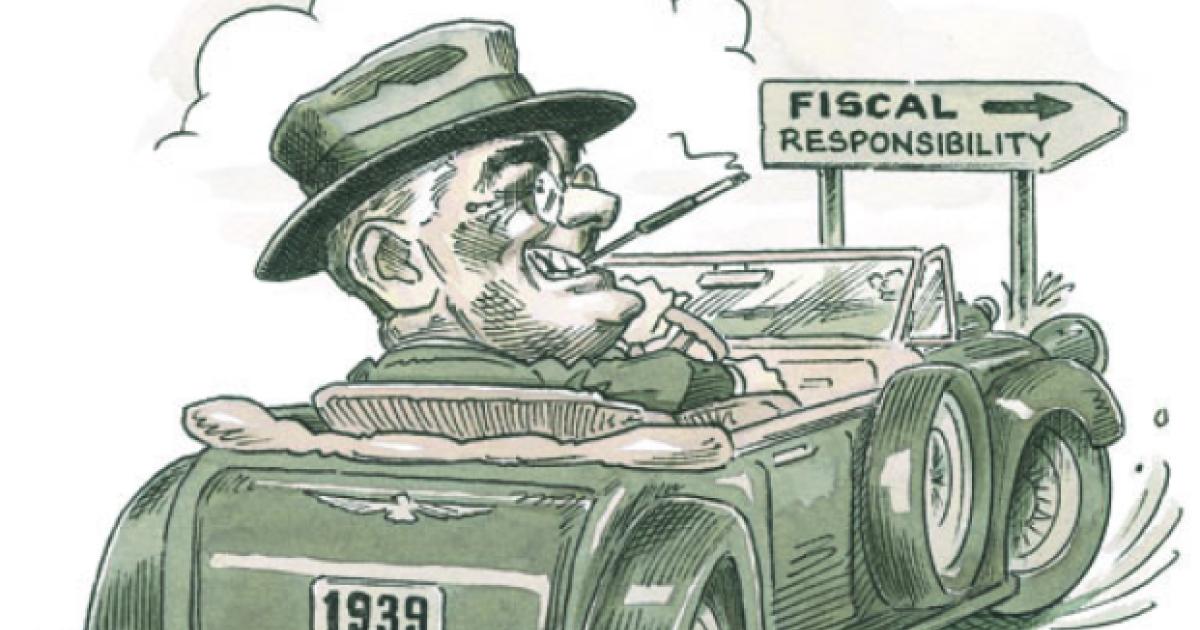 Proponents of stimulus spending justify it, in part, under the widely held view that government-fueled increases in “aggregate demand” during the New Deal ended the Great Depression and brought recovery. Christina Romer, former chairwoman of President Obama’s Council of Economic Advisers, has wielded this historical claim in articles arguing that government should continue to spend. And in a 2002 speech as a Federal Reserve governor, current Fed Chairman Ben Bernanke asserted that monetary expansion and the turnaround from the deflation of 1932 to inflation in 1934 was a key reason that output expanded in that period.

But boosting aggregate demand did not end the Great Depression. After the initial stock market crash of 1929 and subsequent economic plunge, a recovery began in the summer of 1932, well before the New Deal was born. The Federal Reserve Board’s Index of Industrial Production rose nearly 50 percent between July 1932, the Depression’s trough, and June 1933. This was a period of significant deflation. Inflation began after June 1933, after the demise of the gold standard. Despite higher aggregate demand, industrial production was roughly flat over the following year.

The growth that followed the low point of the Depression was primarily due to productivity. Productivity is considered a supply-side factor by many economists: it is determined by the technology and regulatory structure of the economy and therefore is largely independent of spending policies.

The growth that followed the low point of the Depression was primarily due to productivity.

One reason that many believe recovery was created by higher aggregate demand, brought about by government spending programs and monetary expansion, is the decline in unemployment between 1933 and 1937. But declining unemployment reflected significant work-sharing in New Deal policies that began in 1933 with the President’s Reemployment Agreement and continued with the National Industrial Recovery Act of 1933 and the Fair Labor Standards Act of 1938.

Work-sharing increased employment by spreading jobs across more people. Spreading scarce jobs was probably desirable. But the key point is that higher aggregate demand didn’t significantly expand the amount of work that was done.

Productivity growth continued to be the major factor for the rest of the 1930s, accounting for about three-quarters of the growth in real per capita output that occurred between 1932 and 1939. But despite rapid productivity growth, the economy remained well below trend because labor input failed to recover. In 1939, labor input as measured by total hours worked per adult was more than 20 percent below the 1929 level.

Per capita real GDP was about 27 percent below trend in 1939, with more than three-quarters of this shortfall due to the continuing depression in labor. Our research indicates that New Deal industrial and labor policies, such as the National Industrial Recovery Act and the Wagner Act (the National Labor Relations Act), were the main reasons. The NIRA, for example, fostered monopoly and raised wages well above underlying worker productivity by a quid pro quo arrangement of relaxing antitrust enforcement in exchange for industry paying substantially higher wages. 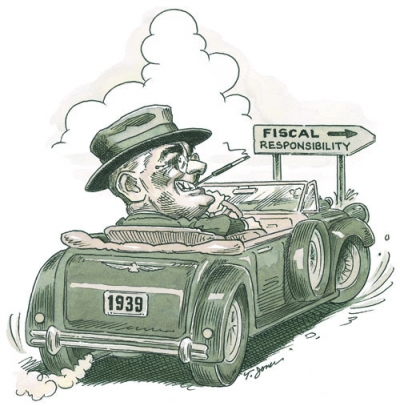 In the absence of these policies, we estimate that labor input would have been about 20 percent higher than it was at the end of the 1930s and would have returned the economy to trend by that time.

The economy began to recover after the New Deal because policy changed for the better. In a 1938 speech, President Roosevelt acknowledged that some administration policies were retarding recovery. Economic policy shifted considerably around this time, and the economy boomed. Antitrust enforcement resumed. The fiercely controversial undistributed-profits tax, which was retarding investment, was drastically reduced and then eliminated in 1939. The sit-down strike was declared illegal, and employers could fire sit-down strikers.

The policy changes of the late 1930s benefited the economy by increasing competition, bringing wages more in line with productivity, and improving incentives for investing.

The policy changes in the late 1930s benefited the economy by increasing competition, bringing wages more in line with productivity, and improving the incentives for investing. Many assume that World War II spending singlehandedly brought the economy out of the Depression, but nearly half the increase in nonmilitary hours worked between 1939 and the peak of the war had already occurred by 1941, well before the major wartime spending took place.

Policy can also improve today. We have an outstanding opportunity to initiate broad-based tax reform that adopts the recommendations of most bipartisan tax-reform commissions of the past twenty years: a simpler tax code that improves incentives to hire and invest, broadens the tax base, lowers the corporate income tax, and eliminates loopholes to equalize tax treatment of capital income. Sensibly addressing our long-run challenges will do more for the economy than continuing the stopgap measures that have dominated policy-making for the past three years.