Teacher Union Power In California: The More Things Change, The More They Stay The Same

Charles Chapel, a California state assemblyman in the 1950s and 1960s, once said that he feared just three things: God, his redheaded wife, and the California Teachers Association (CTA). 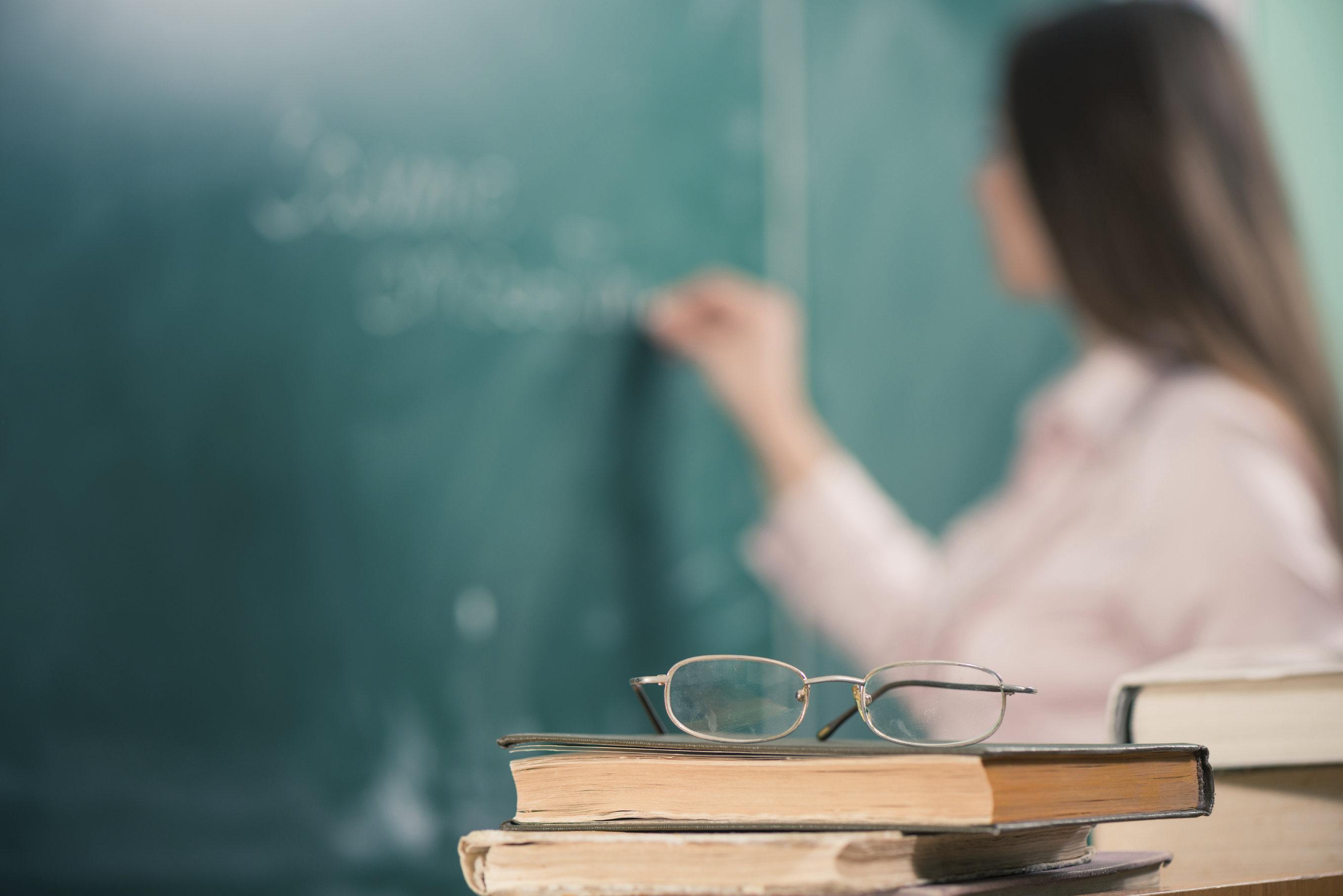 Teacher Union Power In California: The More Things Change, The More They Stay The Same 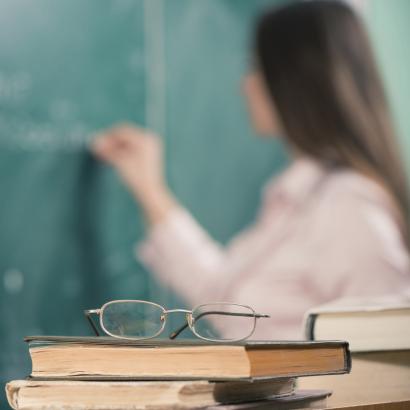 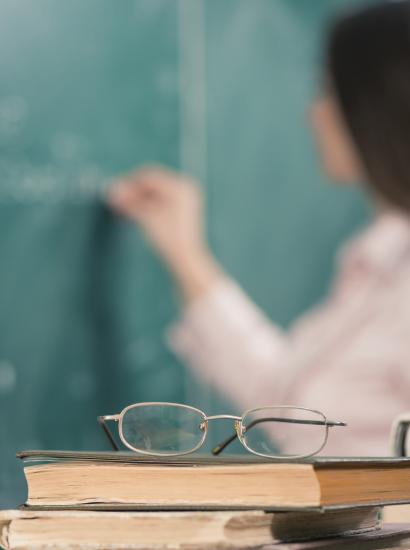 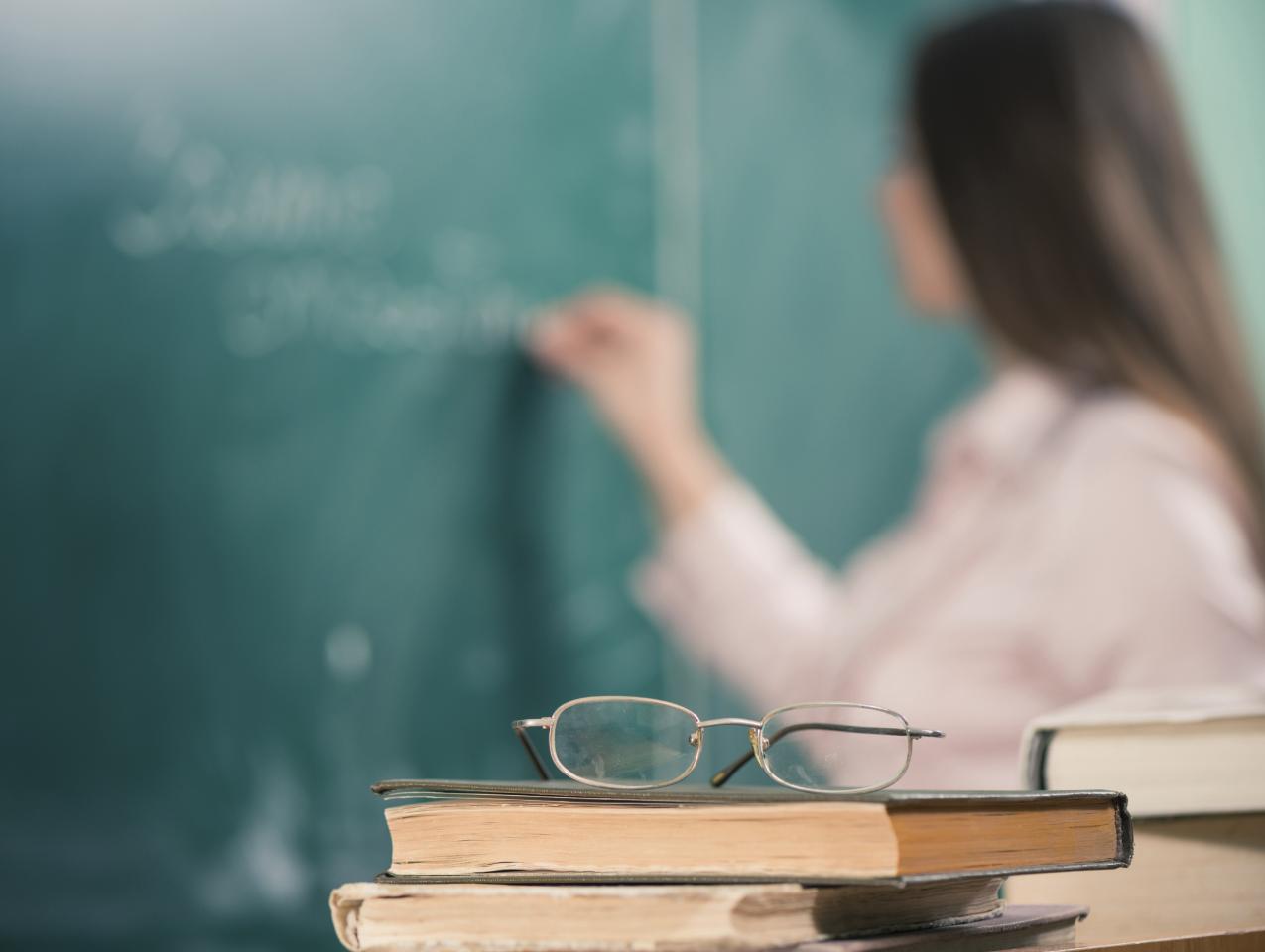 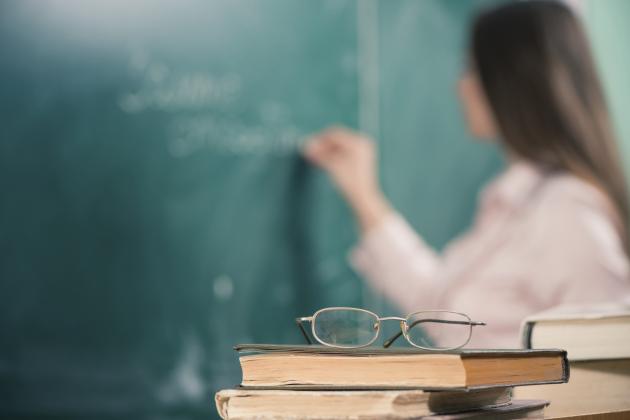 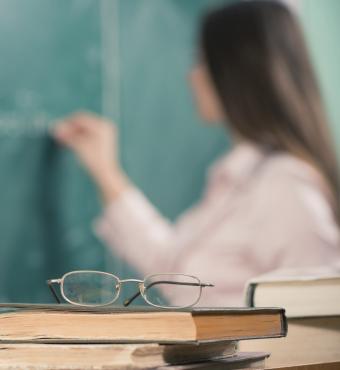 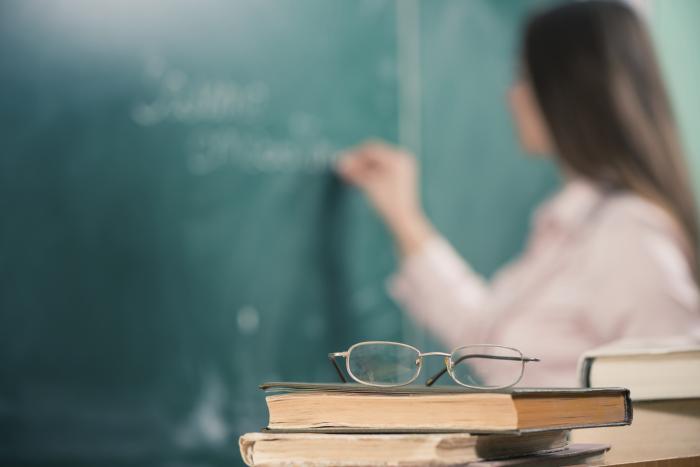 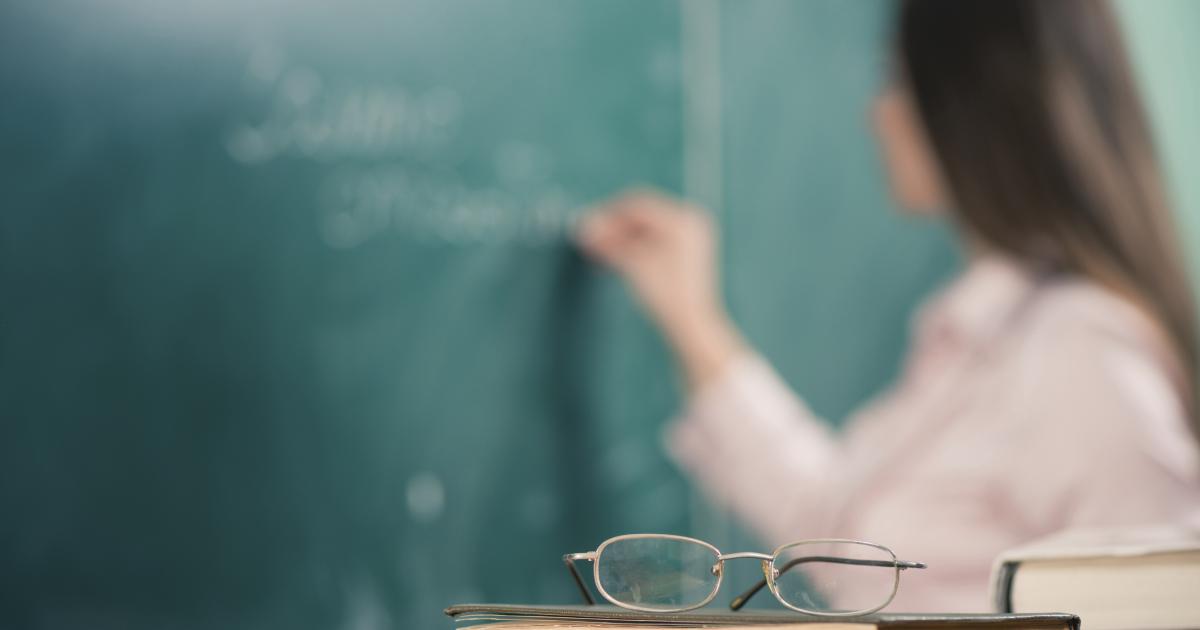 Charles Chapel, a California state assemblyman in the 1950s and 1960s, once said that he feared just three things: God, his redheaded wife, and the California Teachers Association (CTA).

One wonders what Chapel, who passed away in early 1967, would have thought had he lived a bit longer.

Nearly a decade after his death, California mandated teacher collective bargaining under 1975’s Rodda Act. The state later amended the law to require that all teachers (even non-union members) pay union fees. By the mid-2000s, the CTA had 330,000 members—four times as many as in Chapel’s day. Those numbers came in handy in politics, as in 2005 when the union assessed each teacher $180 to raise $50 million to defeat Governor Schwarzenegger’s special election measures. (Schwarzenegger replied in kind by releasing a video cartoon on his now-defunct “Join Arnold” website showing two union thugs dragging a teacher out of her classroom, flipping her upside down, and shaking money out of her pockets.)

But then came the Great Recession and, along with it, a series of unforeseen events that put teachers’ unions on the defensive. In 2008, Barack Obama defeated staunch union ally Hillary Clinton for the Democratic nomination. As president, Obama supported charter schools and pushed Democrats to support several union-opposed education reforms. During the economic downturn, state officials in both parties advocated for reforms to teacher tenure, evaluation, and defined pension benefits.

The CTA was hardly immune from this changing landscape. Much to its chagrin, charter school enrollment tripled in California between 2000 and 2010. Meanwhile the union narrowly defeated a lawsuit that threatened to weaken teacher tenure rights. Finally, in 2015, an educator from Southern California named Rebecca Friedrichs challenged the state’s requirement that she and her non-union colleagues financially contribute to the CTA.

In 2018, the US Supreme Court embraced Friedrich’s position. In Janus v. AFSCME the high court prohibited states like California from allowing teachers’ unions to charge non-union teachers fees. At the time, many predicted the swift erosion of union power. Once teachers were no longer compelled to pay the CTA, the union stood to lose both fee revenue and dues revenue from members who would opt out of the union. With fewer members and less money, unions like the CTA were supposed to become much weaker.

But a funny thing happened. While many journalists had begun writing their obituary, teachers’ unions in the United States made an impressive comeback. In California, three numbers—one, seven, and fifty—illustrate the clear resilience of teacher union power in the Golden State.

“One”—The First State to Fight Back Against Janus

California was the first state to pass a law intended to counteract the Supreme Court’s Janus decision. As longtime education activist and union critic Larry Sand explains, “When Janus was looming, legislators enacted a law which stipulates that a [school district] must give the union the ‘name, job title, department, work location, work, home, and personal cellular telephone numbers, personal email addresses . . . and home address of any newly hired employee within 30 days of the date of hire  . . .’ and requires them to attend a mandatory union ‘orientation’ meeting, during which the captive audience is harangued about the joys of union membership.”

Legislators also ensured that it would be illegal to discourage union membership and prevented outside groups from contacting teachers to inform them of their rights to resign under Janus. As Dan DiSalvo and I have argued, these provisions matter, “because they mute the efforts of organizations that seek to run informational campaigns to convince employees to drop their union membership. The result is that the messaging environment in public employment in several states now has a strongly pro-union bias.”

On the whole, the state’s effort worked. According to labor economists Barry Hirsch and David Macpherson, whose website unionstats tracks union membership across states, California’s public sector unions have maintained strong membership rates. In 2017 (the year before Janus) 55 percent of California’s public employees were union members. In 2020, that number stood at 52 percent.

The CTA’s membership numbers are a bit more difficult to track, but the union continues to claim 310,000 members, with its only significant loss coming from the disaffiliation of a higher education affiliate: the California Faculty Association (19,000 members). Elsewhere the union has sought to capitalize on the state’s friendly post-Janus legislation by organizing new members. The CTA has already had some success organizing teachers in charter schools. It also launched a campaign to organize the only remaining large district in California that has operated without a union, Fresno’s Clovis Unified. Clovis provides an attractive opportunity for the CTA to organize an additional two thousand members.

Overall, there is simply no evidence that the CTA has experienced a significant loss of membership as a result of Janus. To the contrary, with the help of its friends in Sacramento, the CTA has retained members and identified attractive new organizing opportunities.

Over a period of several years, I hand-collected data on CTA endorsements of school board candidates in over 2,300 local school board elections. Since these elections occurred both before and after the Janus decision, they are helpful in determining whether the CTA became any less influential after it lost access to agency fee revenue.

The short answer is no. In 2016, two years before Janus, union-endorsed candidates won 66 percent of competitive board races. In 2020, I found that they won 68 percent of the time. This seven-out-of-ten success rate essentially mirrors what Moe found in his studies of union electioneering in the early 2000s.

CTA’s success rate in this past November’s (2020) school board elections is noteworthy for another reason. In 2015, the state enacted SB 415, requiring that school districts (and other political subdivisions) move their elections to even-numbered years—ostensibly to boost voter turnout. This meant that November 2020 marked the first time that many California districts held their board elections in higher turnout even-numbered years.

Since union-endorsed candidates tend to do better in odd-year elections (I found that they won 76 percent of odd-year races between 1995 and 2017), the fact that CTA-endorsed candidates won 68 percent of competitive races in 2020 is even more impressive—it’s completely on par with the union’s even-year win rates prior to the Great Recession.

The bottom line: teachers’ unions are clearly still the ones to beat in local school board elections. And this matters because local control in education is still alive and well in California. The best evidence for that is, as I explain below, COVID-19.

Fifty out of fifty, or dead last in America.

That’s where California ranked among states according to Burbio data when it came to providing in-person instruction during the 2020–21 school year. Although the CTA’s political power wasn’t the sole reason that California lagged behind other states, the union’s power played a key role. After all, California reopened its schools far more slowly than other equally deep-blue states.

The clement weather in Southern California should have provided a built-in advantage for public schools to creatively transition back to in-person learning. Yet many school districts told the state that their inability to secure cooperation from the local teachers union is what kept them from being able to bring students back to campus.

Based on California’s own database tracking district reopenings this spring (obtained via a public records request), I found that many directly cited their inability to ink a union reopening agreement as the primary barrier to reopening. Even after both the Centers for Disease Control and Prevention (CDC) and the California Department of Public Health relaxed social distancing guidelines for schools in March 2021, and after President Biden’s CDC director Rochelle Walensky stated that vaccines should not be a prerequisite to reopen schools, California districts continued to cite educator resistance to reopening in April. The net result was that students in blue states like California got sixty-six fewer days of in-person instruction than their counterparts in red states like Florida that had been open since the fall.

And, in a move that put the state to the left of the Biden administration, the CTA successfully lobbied the state board of education to allow local school districts to substitute their own academic assessments next year in lieu of standardized statewide examinations. Rather than getting a consistent measure of how much learning loss occurred across districts, this will mean that each district will be permitted to rely on its own assessments, making it harder to identify learning loss from one district to the next.

Altogether, the California Teachers Association begins the 2020s in a far stronger position than many would have assumed possible just a few years ago. In hindsight, the Great Recession era of labor retrenchment appears more like a pinprick than a serious battle scar for the nation’s largest teachers’ union. Instead, CTA now has more friends and more influence in Sacramento than it did just a short time ago. While it doesn’t win all of the time, given its enduring political power, the CTA is poised to play a key role in debates over important education issues from charter schooling to how COVID-relief dollars are spent in the years to come.