The Office of Civil Rights’ campus sexual assault “guidance” is a miscarriage of justice. 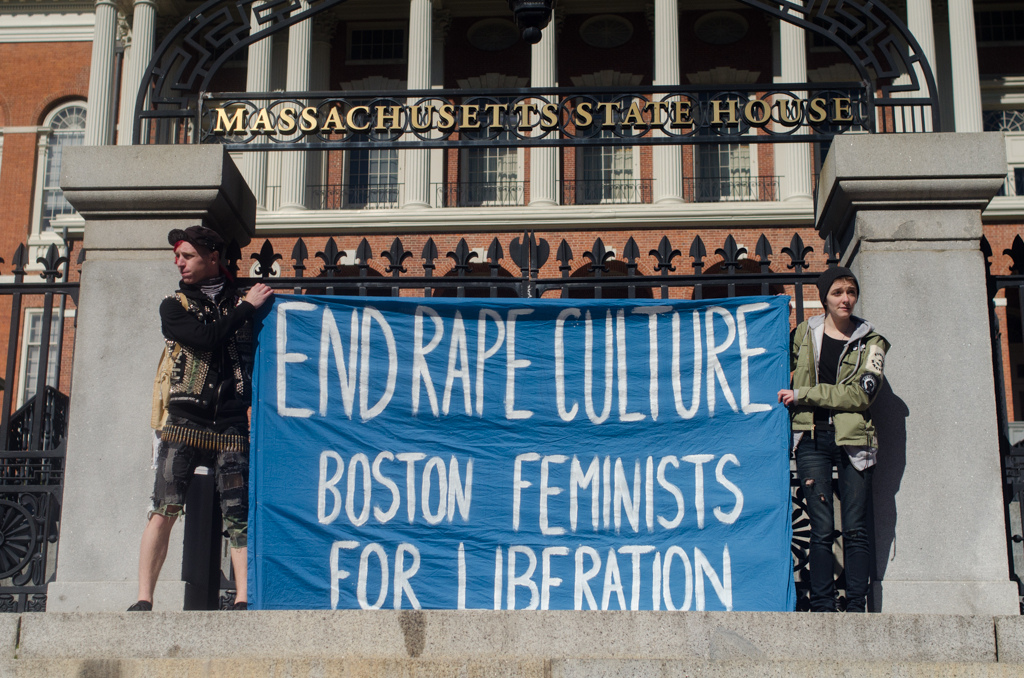 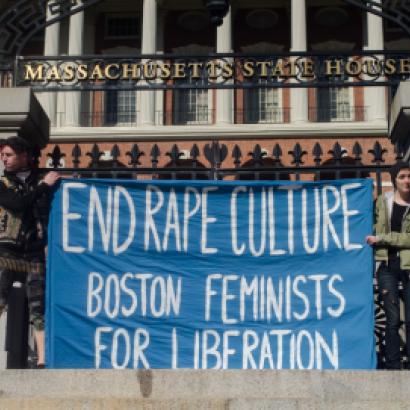 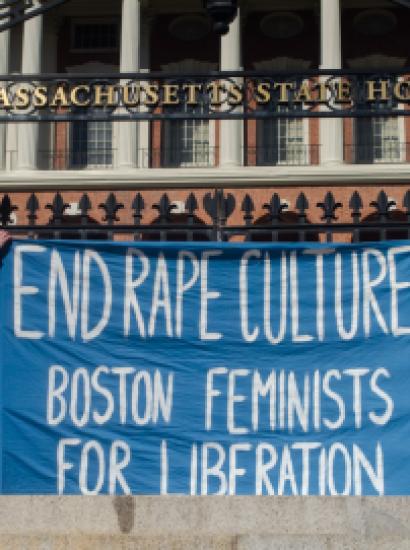 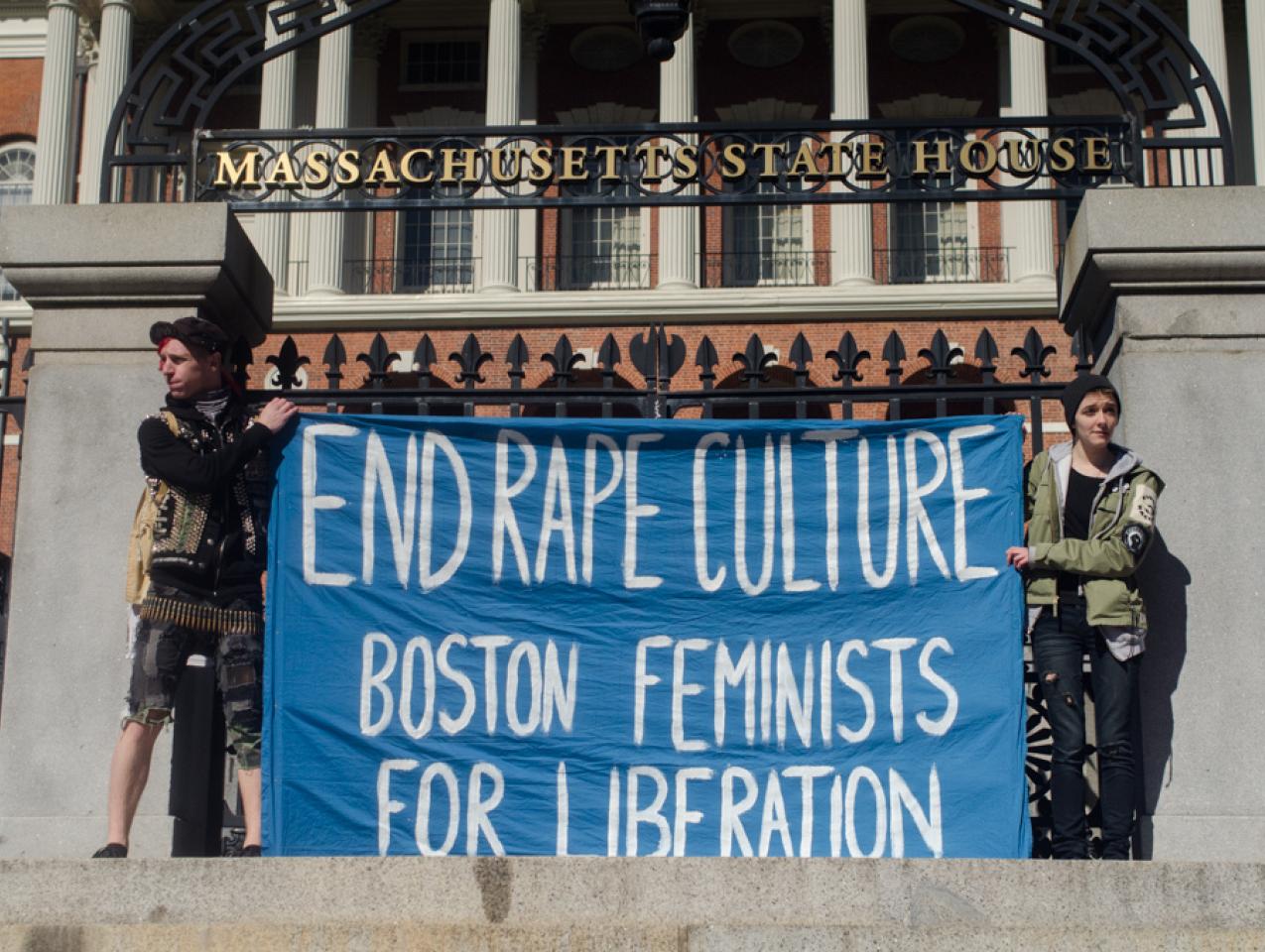 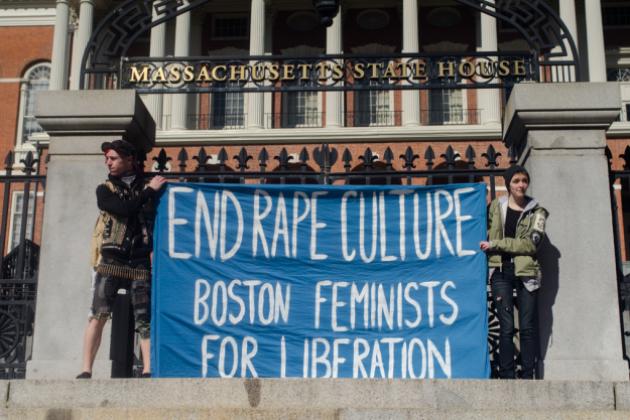 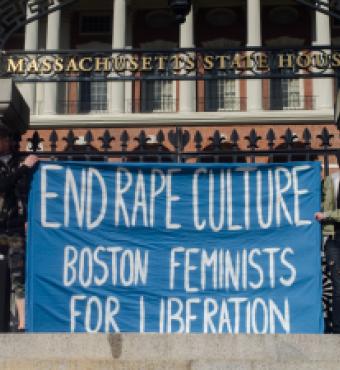 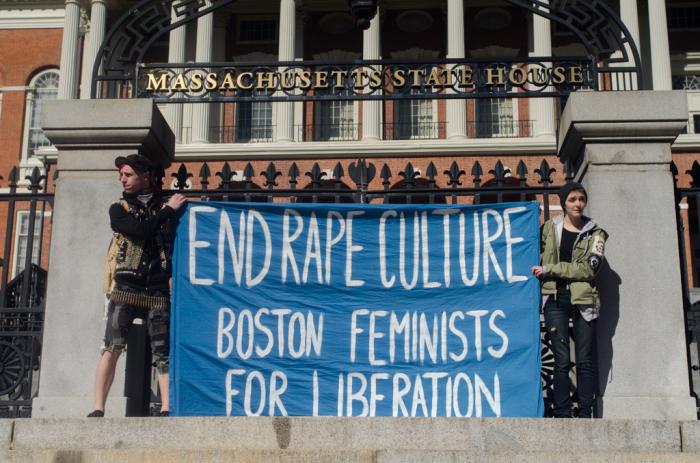 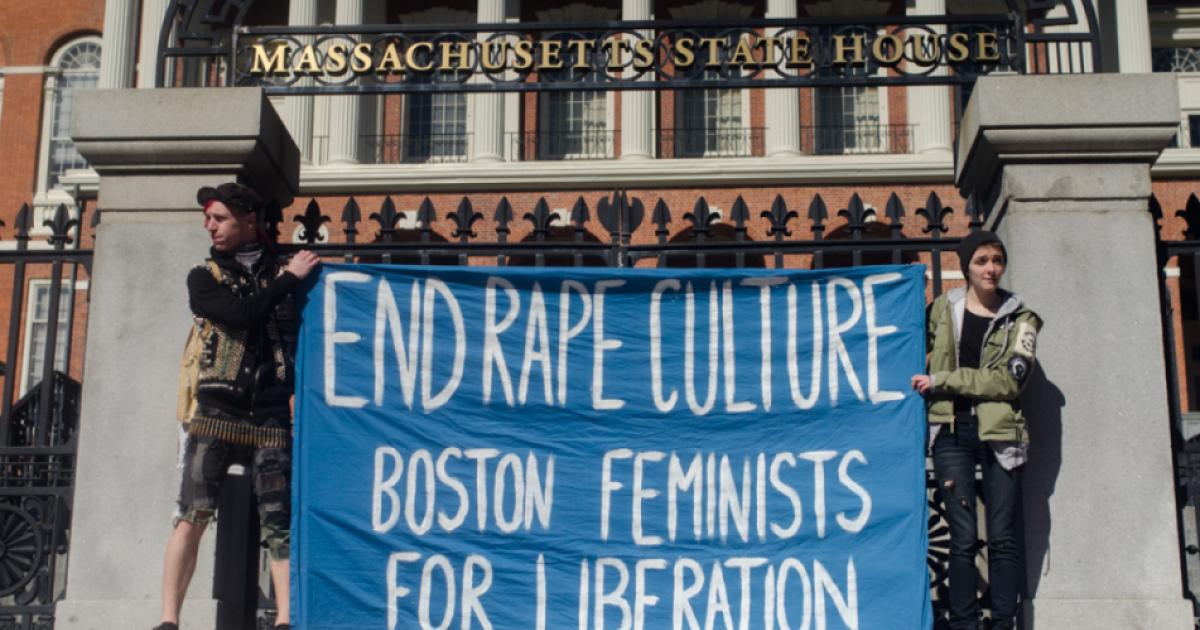 Major miscarriages of justice often stem from unsound judicial and administrative procedures. Consider the story of Grant Neal, a student on an athletic scholarship at Colorado State University-Pueblo. Neal was suspended for sexual assault after he had consensual sexual intercourse with an unnamed woman. He has now filed suit to challenge that suspension, both against the CSU-Pueblo and the United States Department of Education and its Office for Civil Rights.

He should win, and for good reason. All legal actions begin with complaints, usually from a purported victim. But Neal’s case was different. The charge was brought against him by a “peer” of the woman involved, who, according to the allegations in the complaint, denied that she had been raped. The purported victim told the school investigator: “He’s a good guy. He’s not a rapist, he’s not a criminal, it’s not even worth any of this hoopla.” That should have put an end to the entire matter. Nonetheless, CSU-Pueblo has suspended Neal as long as his alleged victim remains on campus. The stigma of the sanction makes it impossible for him to transfer anywhere else. It is a classic case of defamation by public action, for which recourse is all too difficult to obtain.

The university’s actions were heavily influenced by the Kafkaesque rules announced in the well-known and highly controversial Dear Colleague letter issued by the Department of Education’s Office for Civil Rights (OCR) in 2011 (I have sharply criticized its procedures for dealing with cases of sexual harassment elsewhere). The letter uses shaky data to claim that sexual harassment is a serious problem on campus, and it insists that schools handle cases of it aggressively. But the OCR’s guidance violates the fundamental tenets of due process that are urgently needed in a criminal or administrative enforcement proceeding, where state power is at its greatest. Due process guarantees are far older than our country, and they were put into place to check overweening executive power. The standard rules require at a minimum that people be given notice of the charges that they face, and an opportunity to defend themselves against those charges before a neutral tribunal. The OCR, however, advocates that a mere preponderance of evidence—rather than clear and convincing evidence—is all that is required to impose heavy sanctions on an alleged aggressor after a hearing. And during such hearings, cross-examination is discouraged.

What is striking about the OCR’s letter is not just its imperious tone, but also its extravagant interpretation of Title IX, enacted as a separate law in 1972, but modeled on Title VI of the 1964 Civil Rights Act. Its key provision reads: “No person in the United States shall, on the basis of sex, be excluded from participation in, be denied the benefits of, or be subjected to discrimination under any education program or activity receiving Federal financial assistance.”

Thereafter the statute identifies different types of exempt educational institutions, such as those “with contrary religious tenets” and the military academies and the merchant marines. Title IX also excuses fraternities, sororities, boy or girl conferences, father-son or mother-daughter activities, and single-sex dorms from its scope, since few argue that these communities practice insidious discrimination.

This raft of qualifications is important for two reasons. First it establishes that Title IX’s prohibition is directed towards the educational institutions themselves, not to their enrolled students. It is therefore a big stretch to apply it in any action between two students that was not authorized by the institution in question, as is the case with sexual assault. The provision clearly does not cover sexual harassment, a phrase that was not even used at the time. Instead, sexual misconduct was left to internal disciplinary procedures supplemented in serious cases by criminal prosecutions.

Second, nothing whatsoever in Title IX contemplates the creation of the vast oversight apparatus outlined in the Dear Colleague letter, whose detailed commands to educational institutions to eliminate a hostile sexual environment require them to keep the “alleged perpetrator from having any contact with the alleged victim.” The letter also goes far beyond a statutory prohibition by demanding every institution provide counseling, medical and academic support, and escort services to the complainant. It then calls for another round of elaborate protections to be given to the student body as a whole, and requires appointing a Title IX coordinator to hold extensive training programs and sessions for faculty and students “in processing, investigating, or resolving complaints of sexual harassment or sexual violence.” However, the letter does not advocate providing a shred of protection or compensation to the alleged perpetrator who is found innocent.

Neal is right to attack the system as implementing a regime that discriminates against men. But his deeper criticism is of the entire regulatory process as implemented by OCR. Under Title IX any agency “is authorized and directed” to issue “rules, regulations, or orders of general applicability” which do not “become effective unless and until approved by the President.” But in this case, the OCR relies on the now common institutional ploy of issuing “guidance” to various parties without going through any of the procedural hoops that are generally required for issuing regulations in compliance with the Administrative Procedure Act. Instead the OCR letter contains the standard boilerplate that assures its readers that there is nothing in the guidance that “adds to” the existing law and regulations, but only “provides information” as to how these are to be implemented.

But the letter is deceptive on this point. It notes that the regulations that implement Title IX are found in Title 34 of the Code of Federal Regulations, Part 106. That document, though, does not mention the word “harassment” even once. Nor do the Title IX regulations discuss any of the remedial practices outlined in the Dear Colleague letter. It is preposterous to treat the 2011 guidance as anything short of a law unto itself.

More ominously, the entire OCR approach represents a complete, if tacit, revolution in our system of administrative procedure that was put into place under the 1946 Administrative Procedure Act. The Act sought to provide structure to the role of administrative agencies that had been vastly expanded during the New Deal, when the Supreme Court acquiesced to a legal regime that gave Congress virtually plenary power over vast areas of the economy, with little explicit protection of the economic liberties and associational freedoms of various private institutions.

There were two key elements of this system. The first was that all questions of law were to be resolved not by any individual agency, but by the courts under Section 706 of the Act. The second was that the implementing regulations normally had to, at a minimum, go through “a notice and comment proceeding” by which the public had a chance to comment on proposed regulations before they were put into effect.

But over the last 70 years, this APA regime has crumbled for two unfortunate reasons. First, the Supreme Court gave agencies far too much leeway by announcing that it would defer to their interpretations of their own rules, first in Skidmore v. Swift (1944) and later in Chevron v. Natural Resources Defense Council, Inc. (1984). As applied to the OCR, this line of decisions is critical because it means that at no point in the initial process is there any judicial oversight to the problem of how to define the all-critical phrase in Title IX of “be subjected to discrimination” by an educational institution.

Next, the situation gets worse because the guidance represents a complete circumvention of the notice and comment process. As I have explained in far greater detail elsewhere, the District of Columbia Circuit Court during the 1970s twisted the 1946 APA by requiring agencies to give exhaustive disclosure of all the sources on which they rely or else they will face the wrath of appellate review. The invocation of the guidance, nowhere mentioned in the APA, became the all-purpose agency response to judicial overreaching, with disastrous consequences of its own. Under the new regime, the OCR and other agencies simply state that none of the rules that they announce are binding. Yet, in the next breath, they announce that the agency will follow these rules in its own activities. By saying that the rules are not binding, the agency is then able to claim that no party has a power to challenge them in court because they do not constitute “final agency action” under the APA.

At this point, private parties have every incentive to cave. They can go ahead with activities that are not in compliance with the guidance, though they will risk administrative enforcement, knowing full well that under the Chevron doctrine the courts defer to the agency on the interpretation of particular provisions so long as there is an ambiguity in the statute. So good luck to any institution that seeks to argue that sexual harassment is not covered by Title IX, despite its absence from the statute and the regulations thereunder. The entire roof can fall in if federal funds can be withheld from various university activities and if private individuals can now sue in federal court for alleged breaches of their statutory duties. Given that statutory club, the risk/reward calculation is too severe for even the hardiest institution to withstand the provisions of the Dear Colleague letter.

In 2014, Harvard Law School entered into a lopsided settlement agreement with the OCR, which required the school to “consider the effects of off-campus conduct when evaluating whether there is a hostile environment in a University program or activity”—as if Harvard has, or should have, any control of the activities that its adult students engage in on their own time. Harvard also agreed to develop new procedures to deal with harassment policies that are likely to prove more one-sided than those in effect. It is hard to criticize Harvard for the wholesale capitulation; the settlement takes into account law as it is, not as it should be. And the same fate likely awaits the University of New Mexico in the wake of an exhaustive investigation by the Department of Justice that resulted in stern disapproval of UNM policies that also do not address sexual harassment. But that omission did not prevent the Department of Justice from citing non-compliance with 2011 guidance as if it were authoritative law. No doubt UNM will capitulate as well.

There is little that any private or public university can do itself to stop the Title IX juggernaut, when even the federal government’s power to investigate imposes massive costs on private institutions, both in dollars and in reputation. The much-needed legal reforms must be done at the ground level so as to emphatically upend the coercive power of any guidance. The simplest way to do this is for courts to back off their current view that no individual can challenge a guidance on its face before facing its application. Any party that is subject to a guidance should be in a position to demand “de novo” review of the guidance, as I have argued elsewhere, which affords no deference to any procedures down below.

Government agencies are all too quick to presume that private parties are bad actors that need to be subject to stringent and relentless oversight. But as the sad saga of Grant Neal demonstrates, the second and more urgent truth embodies what Lord Acton wrote in 1887: "Power tends to corrupt, and absolute power corrupts absolutely.”