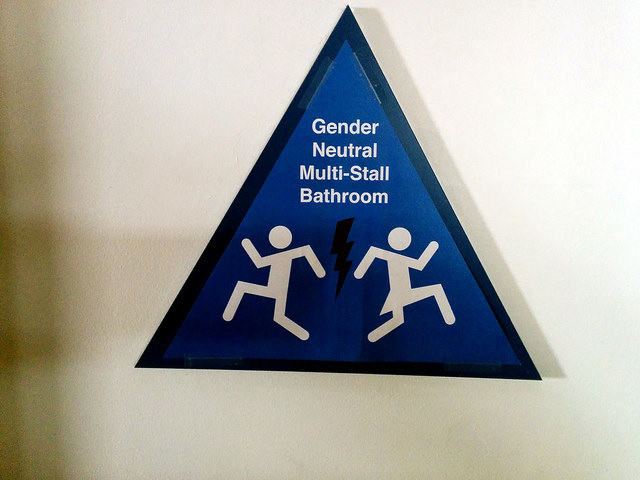 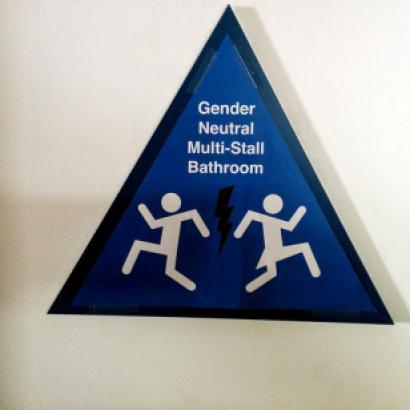 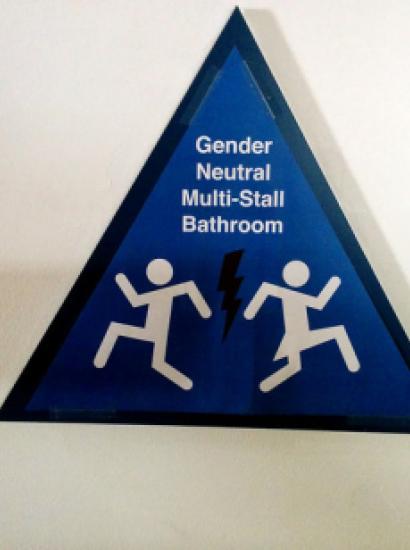 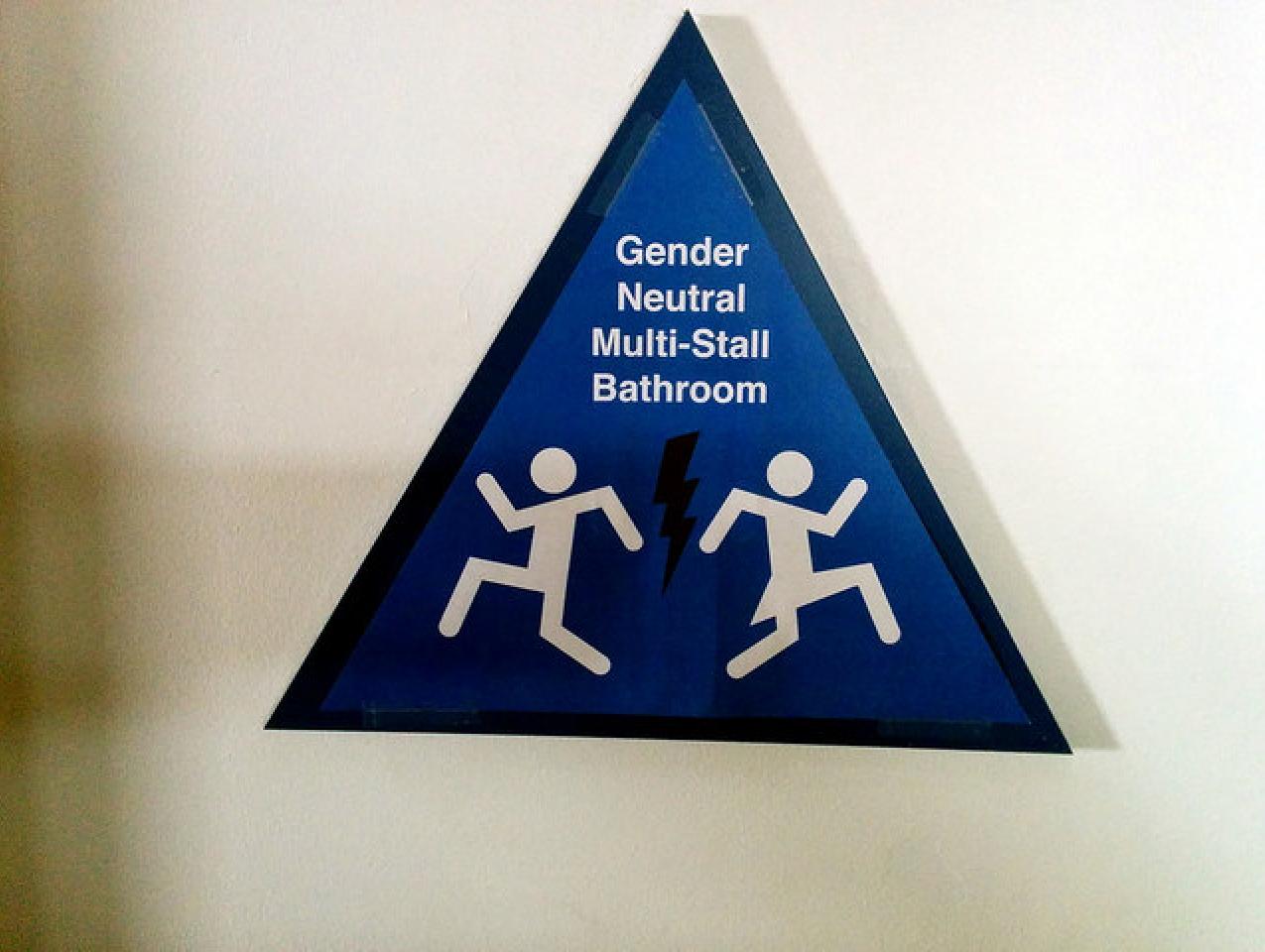 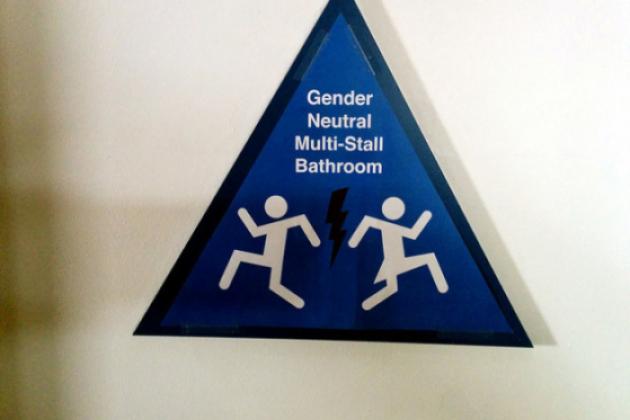 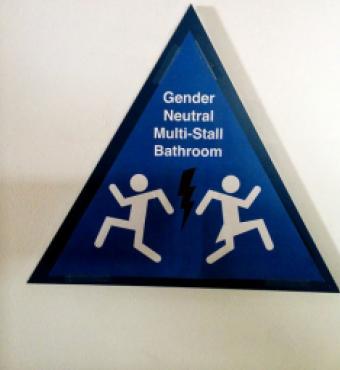 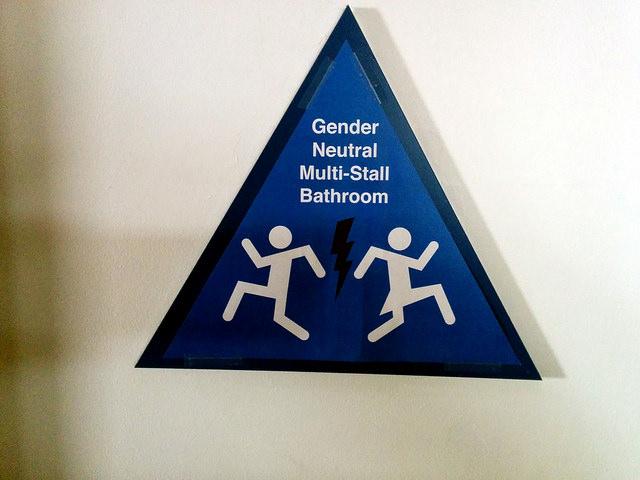 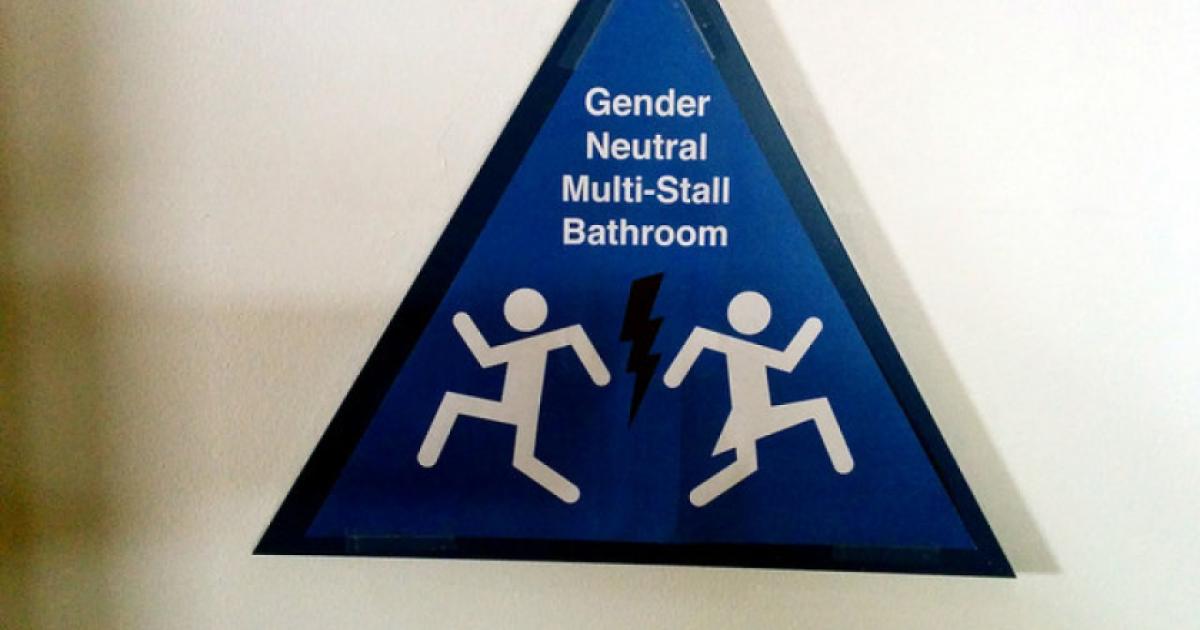 During the last several weeks, the culture wars have focused on the heated question of how both educational institutions and employers should treat questions of “gender identity”—as it relates to persons whose character, demeanor, behavior, and other personal characteristics depart from those associated with traditional sex roles. The matter gained national publicity from the case of 16-year-old transgender student Gavin Grimm of Gloucester County, Virginia, who underwent hormone therapy in preparation for a future sex change operation (the term “gender reassignment” is both non-descriptive and vaguely Orwellian). He—Gavin’s preferred form of address—felt uncomfortable in the female facilities in his school. But some students and parents protested his use of the boy’s facilities. The school sought an accommodation that would allow him to use unisex restrooms open to all students, which he then rejected because they “make him feel even more stigmatized.”

The major objective in these settings should be to tamp down on the level of dispute, not to ramp it up with some larger fight. These accommodations, like all settlements, always leave everyone uneasily feeling that they have lost something they value. But the correct response is to back the school for having made this effort, and not to allow the psychological concerns of one student to trump the feelings and sensibilities of all others, some of whom also suffer from their own psychological distress. It is especially important in these cases to adopt some form of the business judgment rule. When there are hard choices, this rule provides that the institution that seeks to resolve them in good faith gets the benefit of the doubt even from others who disagree with its decision. Over time, decentralized school decisions may lead to some consensus on the proper social response.

But in this case, as so many others, that constructive process was disrupted by a legal intervention. Grimm, working with the ACLU, brought suit against the school for discrimination—and last month, the U.S. Court of Appeals for the Fourth Circuit ruled in Grimm’s favor in G.G. v. County of Gloucester. A divided court decided that the school’s accommodation violated Title IX of the 1972 Education Amendments, which reads: “no person . . . shall, on the basis of sex, be excluded from participation in, be denied the benefits of, or be subjected to discrimination under any education program or activity receiving Federal financial assistance.” When passed in 1972, no one ever thought that this statute had anything to say about the proper treatment of transgender students, given that single-sex activities are an essential part of ordinary social life in such matters as athletics and restrooms. Indeed, the regulations under Title IX are replete with accommodations that use a “separate but equal approach” to sex discrimination in schools.

This framework made it is easy for the trial court in Grimm’s case to conclude that Title IX did not address any delicate questions of “gender identity.” After all, it could be regarded as a form of discrimination under Title IX to give transgender students a special option over which restrooms to use if that option is denied to all other boys and girls. Indeed, many earlier cases took that prudential line. But in 2011, Glenn v. Bromby—decided under the related provisions of Title VII of the 1964 Civil Rights Act—held that a firm could not fire a transgender person solely by reason of his or her condition. Glenn did not deal with restroom access, and duly noted a raft of earlier cases that had rejected the view that gender identity was covered by Title VII. Glenn dubiously claimed that these earlier cases were rendered obsolete by the Supreme Court’s 1989 decision in Price Waterhouse v. Hopkins, which held that it was an illegal form of sexual stereotyping under Title VII to deny a woman promotion because she was perceived as “macho.”

The decisive element relied on in Grimm was a “significant guidance document,” issued by the Department of Education’s Office of Civil Rights in 2014, stating in no uncertain terms that:

All students, including transgender students and students who do not conform to sex stereotypes, are protected from sex-based discrimination under Title IX. Under Title IX, a recipient generally must treat transgender students consistent with their gender identity in all aspects of the planning, implementation, enrollment, operation, and evaluation of single-sex classes.

Grimm gave this ill-considered fiat substantial deference under the Supreme Court’s 1997 decision in Auer v. Robbins, which allows for the agency to control the interpretation of ambiguous language in its own regulations. Unfortunately, Auer represents a toxic combination of two doctrines of administrative law—the use of guidance and the presumption of deference.

Agency use of these guidance statements marks a wholesale evasion of the basic requirements of the Administrative Procedure Act of 1946. That statute originally required any major innovation under the law to be subject, at the very least, to notice and comment proceedings before putting any regulation into effect. But a guidance upends that procedure by allowing an administrative agency to announce its own views without bothering to go through these processes. Since the guidance lacks the finality of a regulation, it is, under current law, not subject to a facial challenge in court, even when there is a dispute over the proper meaning of a given text. Hence, today the guidance is a hugely coercive procedure that can be challenged only after a party is sued by a federal agency, including the OCR. The guidance thus lets the government secure widespread surrender to its view, without ever having to wage war against its regulatory targets.

Judicial deference to administrative understandings compounds the problem by giving undeserved legitimacy to extravagant misinterpretations of law. Auer, for example, asked whether police lieutenants and police sergeants should be treated as "bona fide executive, administrative, or professional" employees exempt from the overtime provisions of the Fair Labor Standards Act. The “yes” answer should be a no-brainer. The job descriptions of the Los Angeles Police Department, for example, set out a hierarchy that goes from police officer, to police detective, to police sergeant, to police lieutenant. The sergeant’s duties include preparing daily car plan assignments and supervising various patrol officers. The police lieutenant supervises sergeants and patrol offices and “acts as a Commanding Officer in the Captain’s absence.” But the late Justice Scalia held that none of this mattered once the Department of Labor decided that sergeants and lieutenants were hourly employees. Why? Because they were subject to wage reductions for “variations in the quality or quantity of work,” as if they were paid on piecework basis.

Armed with Auer deference, the Fourth Circuit in Grimm trolled through various dictionaries in order to sustain OCR’s definition of sex discrimination under the statute. At this juncture, the wheels came off the bus—not in Virginia, but in North Carolina. The liberal city of Charlotte adopted a general rule of bathroom and locker-room use in schools, which attracted the ire of the Republican North Carolina legislature that hurriedly passed House Bill 2, containing a statement that the “biological sex” is the sex listed on a person’s birth certificate. It then further announced that, for multiple occupancy bathrooms or changing facilities, this biological sex is determinative of the room to be used. That position surely has to be wrong for anyone who has had a sex change operation, where the universal practice has been to the contrary.

If the House Bill 2 represents overreach on one issue, it contains one valuable key provision that has been virtually universally ignored in the press. House Bill 2 also allows for the accommodation offered Gavin Grimm in the form of a single occupancy bathroom or changing room.

In my view, North Carolina’s statute is unwise insofar as it unilaterally imposes the same general policy statewide. But ironically, one point in its favor was that Charlotte made the same mistake when it mandated the adoption of a citywide “gender identity” standard, which exhibited the same collectivist mentality in the opposite direction. But in any event, the reaction to the North Carolina legislation has been, to put it mildly, over the top, and often from people who fail to note the limited reach of the legislation.

Thus the organization Turnout NC denounced the law without mentioning the accommodations explicitly allowed in the bill. A letter from 200 CEOs also condemned the law without noting its limited scope or the explicit accommodations that it allows. What is doubly ironic is that these critics claim the law makes it more difficult for them to do business inside North Carolina. Yet these indignant CEOs fail to note that nothing in House Bill 2 requires any private firm to adopt any policy on restrooms that it finds objectionable. Still, the CEO of PayPal grandly announced that his company had scrubbed plans to open a new facility in Charlotte, without showing any awareness of what House Bill 2 provides.

The flames were further stoked by U.S. Attorney General Loretta Lynch for hysterically “likening the NC Bathroom bill to Jim Crow law.” And true to form, the Department of Justice last week sent an explicit demand letter to North Carolina, telling the state that the law was inconsistent with its general guidance, and thus threatening litigation and the withholding of potentially billions of dollars in federal aid to North Carolina.

More recently, the Departments of Justice and Education issued yet another imperious “Dear Colleague” letter that was long on explicit commands but short on intelligence. It barks out orders like “when a student or the student’s parent or guardian, as appropriate, notifies the school administration that the student will assert a gender identity that differs from previous representations or records, the school will begin treating the student consistent with the student’s gender identity.” The two Departments further announce that Title IX imposes liability on schools for the creation of a hostile environment, which can easily happen in such a charged atmosphere. It also appears to extend its rules beyond transgendered students when it states “a school may not segregate or otherwise distinguish students on the basis of their sex, including gender identity, in any school activities or the application of any school rule.”

Yet the threadbare reasoning of the government’s position in all of its various letters does not begin to address any of the logistical and social problems that arise if all individual claims for treatment of gender identity have to be treated at face value. Does it mean, for example, that any biological boy may join a girl’s sport team in order to fulfill his gender identity? Needless to say, he EEOC has joined in the fray, so that these rules cover all forms of public and private employment as well.

It is nothing short of a national tragedy that this issue has been so collectivized and polarized. I have long believed the federal government should not have the power to tell states how they should order their internal business, and further, that Title VII of the Civil Rights Act of 1964 and Title IX of the Education Amendment Acts both count as vast overreaches of federal authority. The argument has nothing to do with the proper treatment of transgender individuals, or indeed, any and all individuals. Rather, it stems from the simple proposition that any exercise of monopoly power by government leads to massive dangers of political domination, which is bad, no matter which direction it goes.

The situation with private firms is harder to deal with. Acting alone, Harvard can impose its indefensible decree on single-sex final clubs. Letters signed by 200 executives are harder: As an antitrust matter, collective refusals to deal always raise the dangers of concerted action, even when done for social causes. But just because litigation is obviously off the table does not mean that we should greet with indifference the mass attack on the North Carolina law, which reeks of intolerance. This self-righteous man-the-barricades view of political discourse leads to massive incivility that will only further poison social relations in the United States.