Ankara's handling of the COVID-19 outbreak has left Turkish president Recep Tayyip Erdogan falling behind the wheel, also revealing competition among advisors inside his presidential palace (known as Saray in Turkish) in Ankara. Meanwhile, popular initiatives to battle the pandemic, launched by recently-elected opposition mayors of key cities, including Istanbul and Ankara, have allowed these politicians to emerge as problem-solvers in the country. 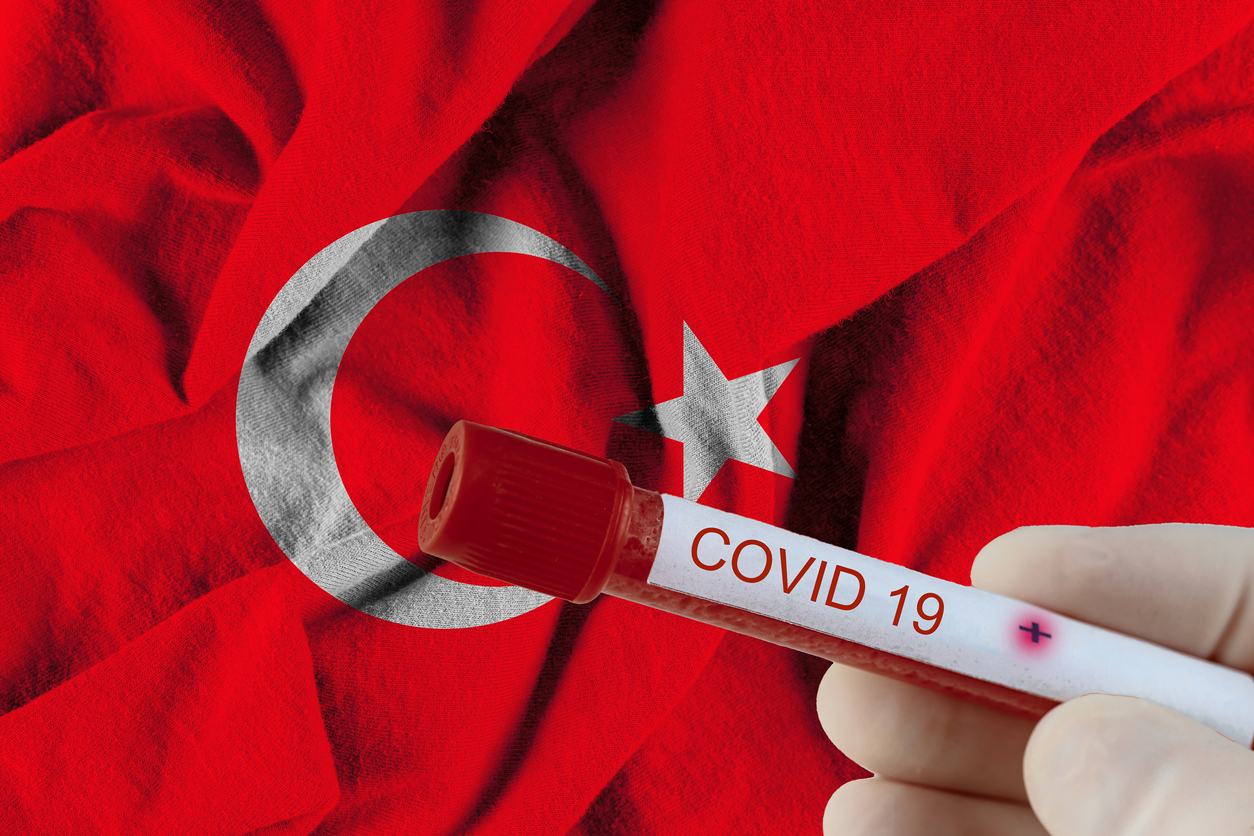 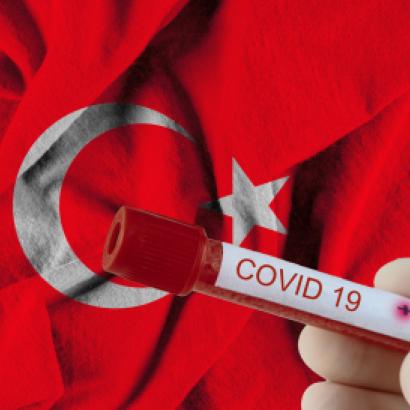 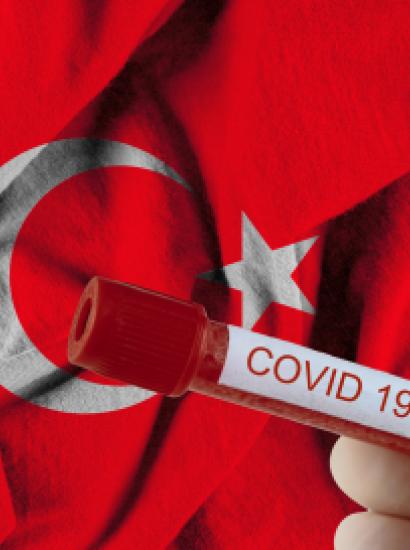 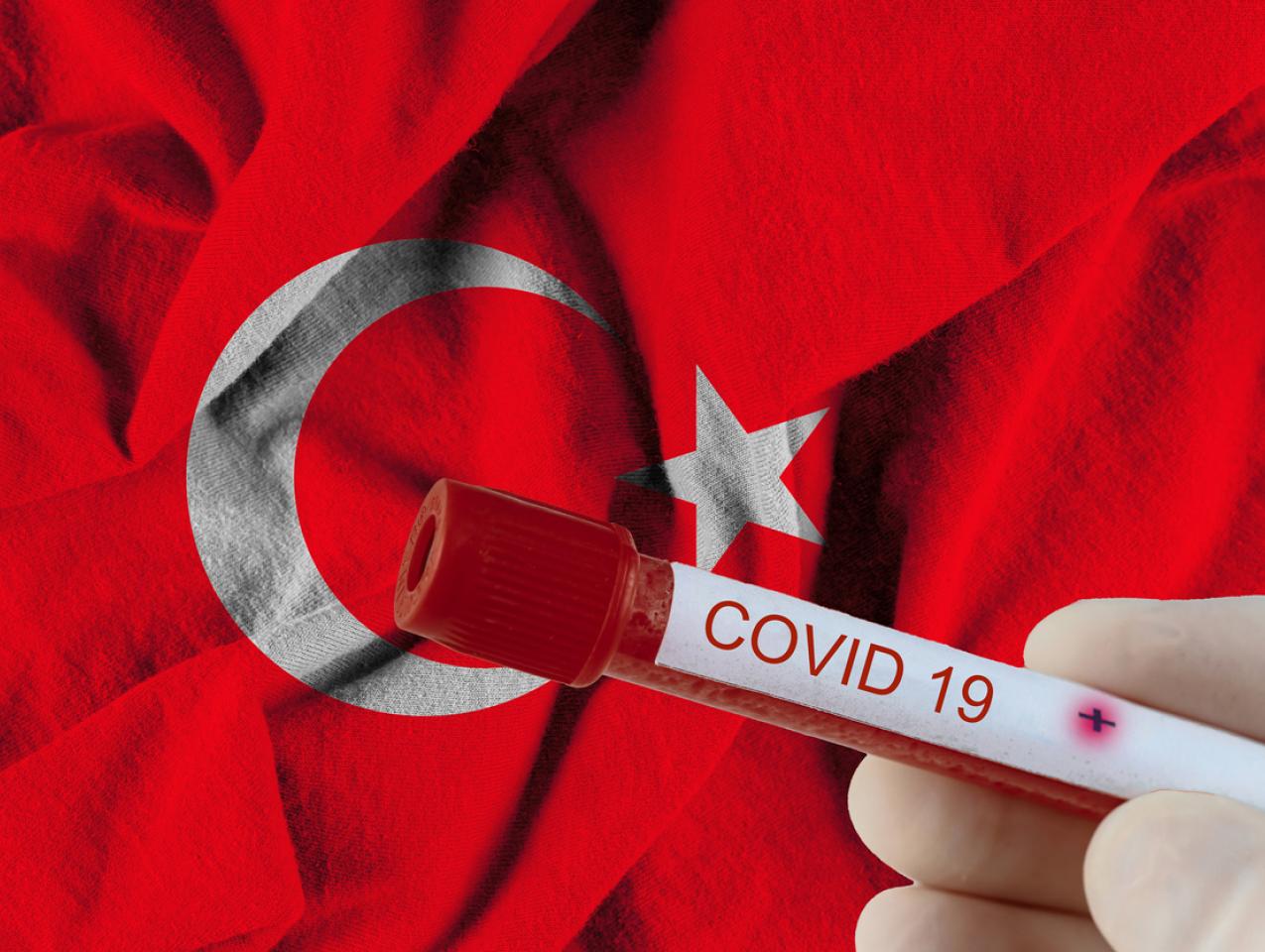 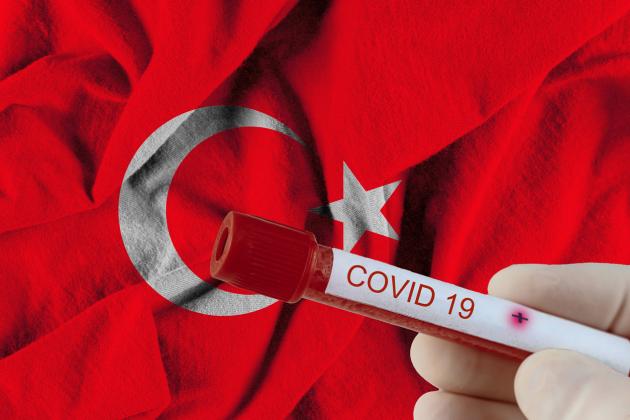 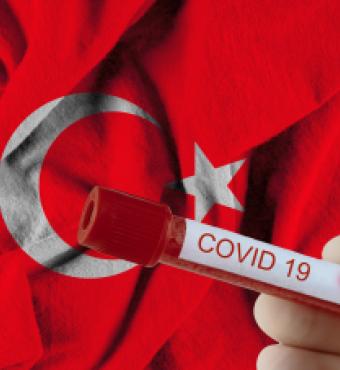 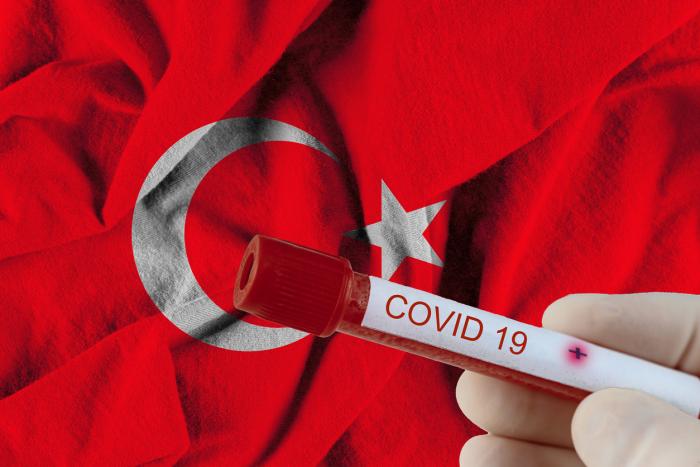 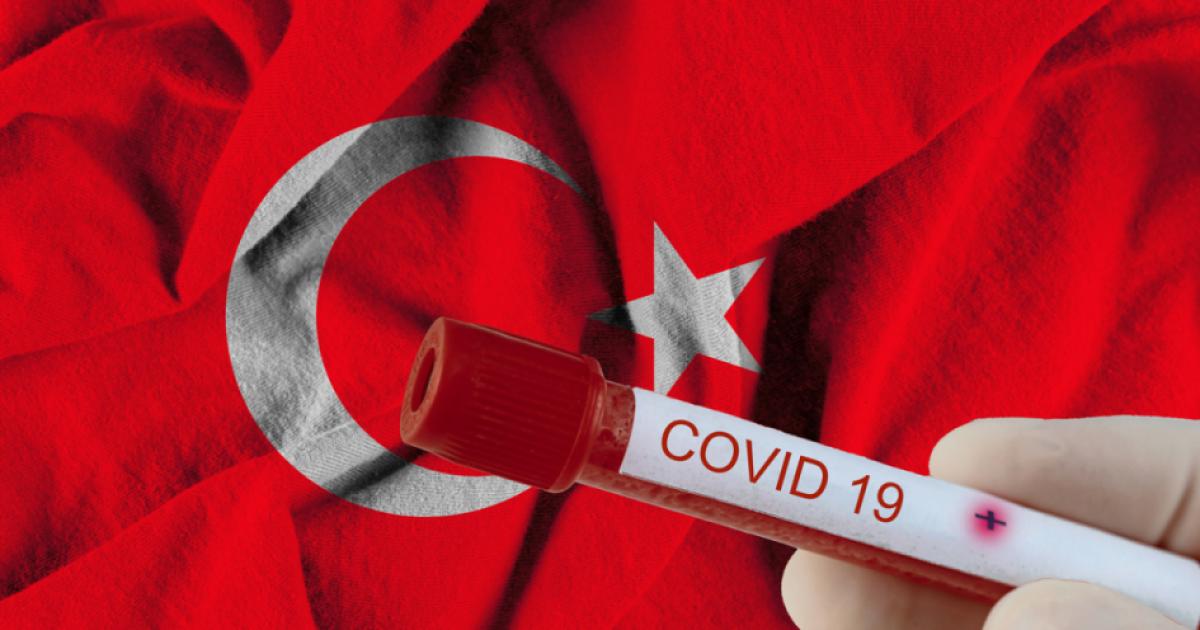 Ankara's handling of the COVID-19 outbreak has left Turkish president Recep Tayyip Erdogan falling behind the wheel, also revealing competition among advisors inside his presidential palace (known as Saray in Turkish) in Ankara. Meanwhile, popular initiatives to battle the pandemic, launched by recently-elected opposition mayors of key cities, including Istanbul and Ankara, have allowed these politicians to emerge as problem-solvers in the country.

As of April 16, Turkey has over 74,000 cases of the novel coronavirus, with 1,643 deaths. Thanks to the advancement of healthcare services under Erdogan, Turkey's COVID-19 mortality rate stands at around 2 percent, comparable to Germany. While the overall health impact of  COVID-19 on Turkey is yet to be seen, at the moment mortality rates are rather low, compared to other countries hit hard by the pandemic, such as Italy, where around 12 percent of people infected have died.

However, the pandemic is still spreading in Turkey, with the government falling behind the opposition when it comes to societal measures to prevent the transmission of COVID-19. What is more, Ankara has yet to declare a comprehensive relief package to help citizens who have lost, or risk losing their jobs due to confinement.

Erdogan has Fallen behind the Curve

The outbreak has given rising politicians, such as Istanbul mayor Ekrem Imamoglu and Ankara mayor Mansur Yavas—both members of the opposition Republican People's Party (CHP)—the opportunity to take the lead. Istanbul, Ankara, and other municipalities run by the CHP, such as Izmir and Eskisehir, have spearheaded social efforts to battle the pandemic, launching fundraising campaigns, encouraging citizens to wear masks in public, as well as calling for a nationwide curfew.

In each of these cases, Erdogan’s palace first refused to adopt the measures, only to co-opt them later on. Specifically regarding the fundraising campaigns launched by Imamoglu and Yavas on March 30, the palace banned these campaigns, only to introduce its own fundraising initiative later that day.

Despite the mayors' calls for containment measures, the central government's response has been delayed, with the Saray taking piecemeal steps. For instance, the government has introduced partial curfews for those aged over 65 on March 22, and for those under 20 on April 3. Only after repeated calls from opposition mayors did the government introduce a countrywide lockdown which lasted just 48 hours on April 10. This decision did have some unintended consequences, however. The lockdown order was issued 2 hours before the curfew, and without clear guidance as to whether citizens would be able to go out to buy basic supplies under the curfew. Accordingly, thousands of people crowded stores and bakeries to buy food, coming in close contact with each other, undermining the very goal of the lockdown itself.

Erdogan is an astute politician who has won over a dozen elections nationally. He is a consequential leader who has managed to take over the reins of Turkish politics. Why is he behind the curve this time in responding to COVID-19, and why does his administration appear to be confused in the steps it is taking?

Ankara's belated and muddled response to the pandemic seems to be rooted in part in Erdogan's recent decision to change Turkey’s political system from a parliamentary democracy into an executive-style presidency, with himself at the helm. This new system, approved by a narrowly-won referendum in April 2017, went into effect in July 2018. While the new system consolidated power in Erdogan’s hands, it has also resulted in a hyper-centralization of the decision-making process in Ankara—confined to a small group of advisors in his palace.

Before 2018, Erdogan could draw on a large cadre of advisers, ministers and government agencies to make sound decisions that helped him win elections and steer Turkey through its troubles. Now, however, the president is surrounded by a small group of aides, who, with some exceptions, provide a less than perfect substitute for Turkey’s historically competent institutions and their area-specific experts. Erdogan’s erstwhile network of political confidants, which helped him win nearly a dozen elections, has also been sidelined to the benefit of a small inner circle.

In 1980, Dennis Ross published a trailblazing article entitled “Coalition Maintenance in the Soviet Union” on decision-making among elites. He argued that in the narrow confines of the Kremlin, the decision-making process had become distorted. Often, decisions were made  based not on what was best for the country or party, but what would best serve the narrow interests of one clique versus another. This distortion is exactly the problem that Erdogan and Turkey have frequently faced since the country switched political systems in 2018, with political power being centralized in the Ankara Saray.

Erdogan's decision to annul last March’s Istanbul municipal elections after Imamoglu won by a slim margin of 13,000 votes proved to be a grave error for him, for instance, indicative of the failure of palace politics. Even with all of the state’s resources mobilized against him, Imamoglu won the June 2019 revote by a landslide 800,000-vote margin. Repeating Istanbul elections was a dire mistake and a decision driven by palace politics. The palace’s confused and delayed response to the COVID-19 pandemic seems to be another case in point.

The current state of the Turkish economy is the second reason that explains Erdogan’s piecemeal response to the COVID-19 pandemic. Between 2003 and 2015, Erdogan delivered phenomenal economic growth, lifting many people from poverty, and winning election after election. In 2018, however, the Turkish economy entered into a recession, as defined by two quarters of no growth. The slowing economy hurt Erdogan at the polls, and his Justice and Development Party (AKP), accordingly lost mayoral elections in key cities in 2019.

The state of the economy now limits Erdogan’s options to respond more forcefully to the spread of the pandemic in Turkey. For instance, to date he has not declared a long-term curfew since his administration appears unable to provide an extensive economic relief package for the increased number of unemployed. With a weakened lira, surging external debt, and low foreign currency reserves, Turkey's economy was already in a fragile state before the onset of the pandemic. Lacking the funds necessary to launch a comprehensive stimulus effort, Erdogan likely made the calculation that the country could ill-afford the economic fallout of a complete lockdown.

…and Behind the Scenes

Aware that he has fallen behind the curve, Erdogan has decided to remain behind the scenes to protect his standing, deflecting any fallout of the pandemic to others in his administration. Instead of airing frequent speeches by the president, as is the norm during times of crisis, government-controlled and government-influenced Turkish television networks are now broadcasting regular press conferences by Health Minister Fahrettin Koca, a relatively unknown name before the pandemic. In fact, Erdogan did not make any public statements during the initial week of the outbreak in Turkey. Meanwhile, Koca's calm, scientific, and apolitical approach to the issue has earned him broad public sympathy. Since then, the minister has spoken on the crisis daily, while Erdogan has been mostly absent from the TV screens.

This is unusual in Turkey's Erdogan-driven political culture. The country’s citizens are accustomed to hearing from the president directly on issues ranging from national security to infrastructure projects to healthy dietary habits. In fact, most citizens were not familiar with the names of cabinet ministers, including Koca until the pandemic, not because they are apathetic, but because they realize the real decision-making in Ankara happens inside Erdogan’s Saray. Accordingly, presidential advisors and influential journalists linked to the palace, the latter with no official appointment, loom much larger in the public conscience than do cabinet members.

Ankara's response to the pandemic presents a unique case in crisis management, revealing the consolidation of power by the country's president. Simply put, if Turkey's coronavirus infections continue to spread—potentially delivering a severe blow to the country's ailing economy—Erdogan could save face by pointing the finger at Koca, who has been the public face of the government's coronavirus response.

This strategy threatened to backfire with the surprise resignation of Turkey's powerful interior minister Suleyman Soylu on April 12. Signaling his political influence as the minister with control over the country’s police, a nation-wide force in Turkey, and public administration, Soylu was already a household name before the outbreak of the pandemic –unlike many other ministers in the Erdogan cabinet. Soylu announced his resignation over Twitter, claiming responsibility for the government's last-minute announcement of a weekend lockdown, which had panicked crowds rushing to buy supplies. Erdogan's office quickly dismissed the resignation and asked the minister to continue his duties.

The saga surrounding Soylu's resignation allowed him to deflect blame over the government's mismanagement of COVID-19, but accepting it would have ultimately undermined Erdogan's political strategy of “not letting one of his fall.” The Turkish president is increasingly known for not allowing his ministers to resign when they come under attack for failing their duties. Erdogan believes that letting one minister go is equivalent to “letting a brick fall off the defensive wall," to quote his favorite thinker, Necip Fazil Kisakurek, a political Islamist poet and writer. In other words, his ministers serve until Erdogan fires them.

Following Soylu’s resignation attempt, it would not be an exaggeration to say that “Saray-ology” has emerged as the new discipline among Turkey analysts. Soylu has long been in a quiet rivalry with Erdogan's son-in-law and Finance Minister Berat Albayrak. While Soylu agreed to return to his duties only hours after he offered to resign, the quick exchange revealed tensions between the two camps within the presidential palace. For now, Soylu appears to have the upper hand.

For a long time, Erdogan represented the fresh face of progress in Turkey, always coming up with ideas embraced by others. Not anymore—his palace has lagged behind in reacting to COVID-19, simply following opposition initiatives, from fundraising campaigns to supporting healthcare workers. The outbreak of COVID-19 has shown that Erdogan is no longer the main driver of change in Turkey.

Opposition CHP mayors, especially Imamoglu and Yavas, are at the forefront of the fight against the pandemic, almost daily proposing effective and popular solutions that are later adopted by the Saray. Although these politicians rarely have access to platforms on mainstream media, through successful outreach on social media, they have come to own the narrative surrounding coronavirus. Imamoglu and Yavas accordingly appear to have emerged as winners of the Turkish response to the pandemic.

Soylu is another winner: The spectacle elevated his status both in the cabinet and the AKP, and also across the country. The coming days will show whether these leaders can hold on to their gains, and if Erdogan can stage a comeback, as he has often done in the past.

Soner Cagaptay is the Beyer Family Fellow at The Washington Institute and author of Erdogan’s Empire: Turkey and the Politics of the Middle East. Deniz Yuksel is a research assistant at the Institute.