Obama’s totem has crumbled, and a public option will only make things worse. 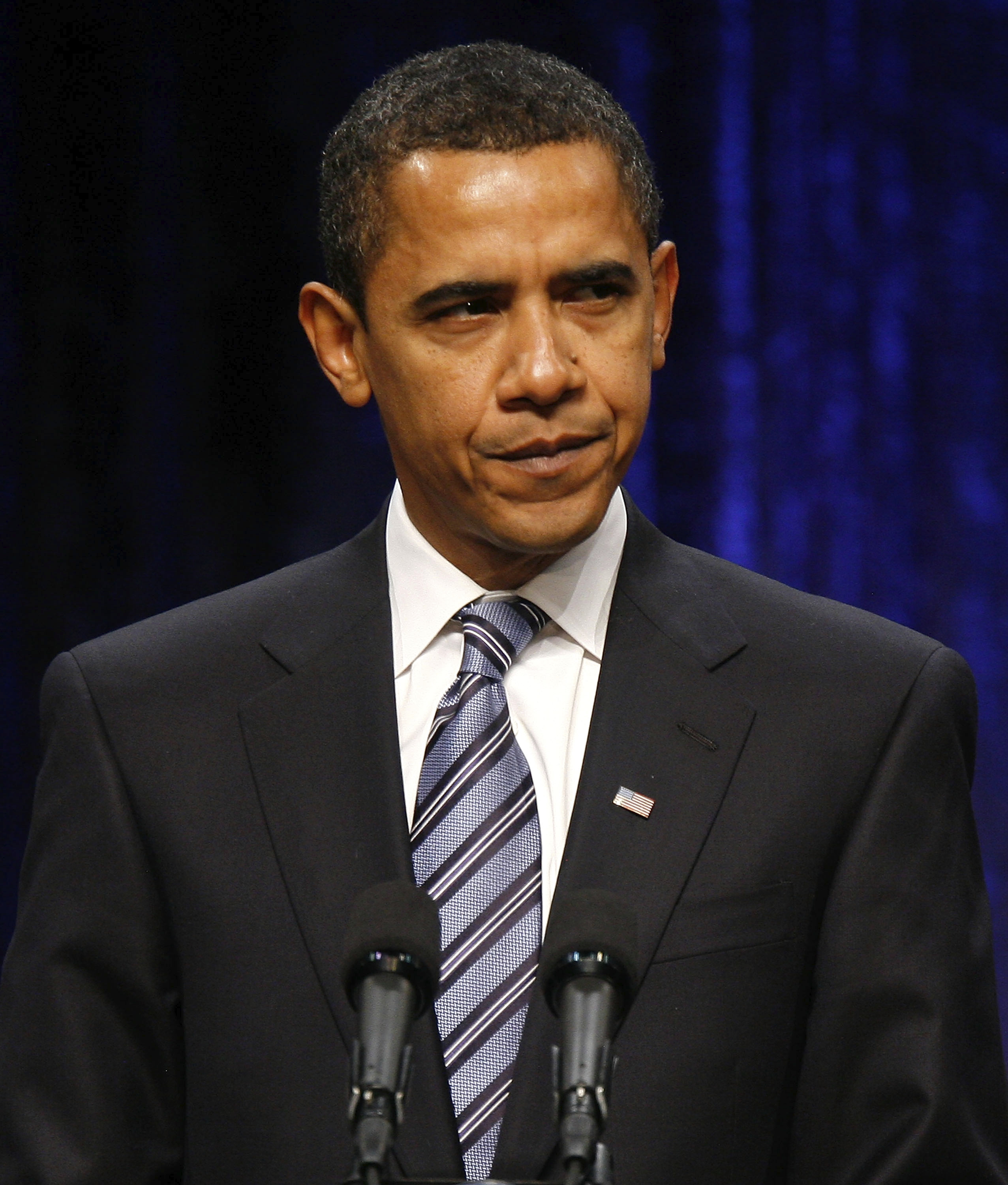 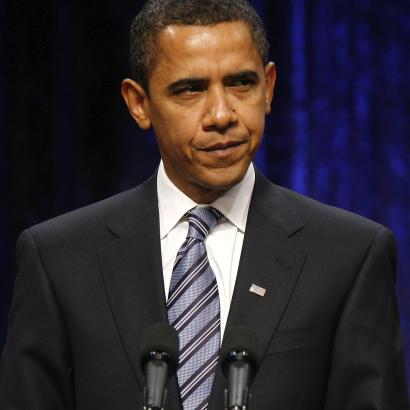 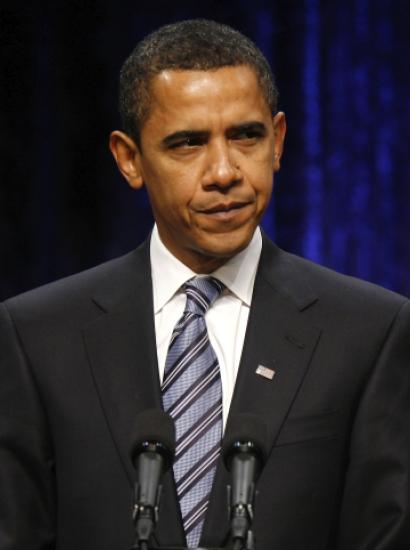 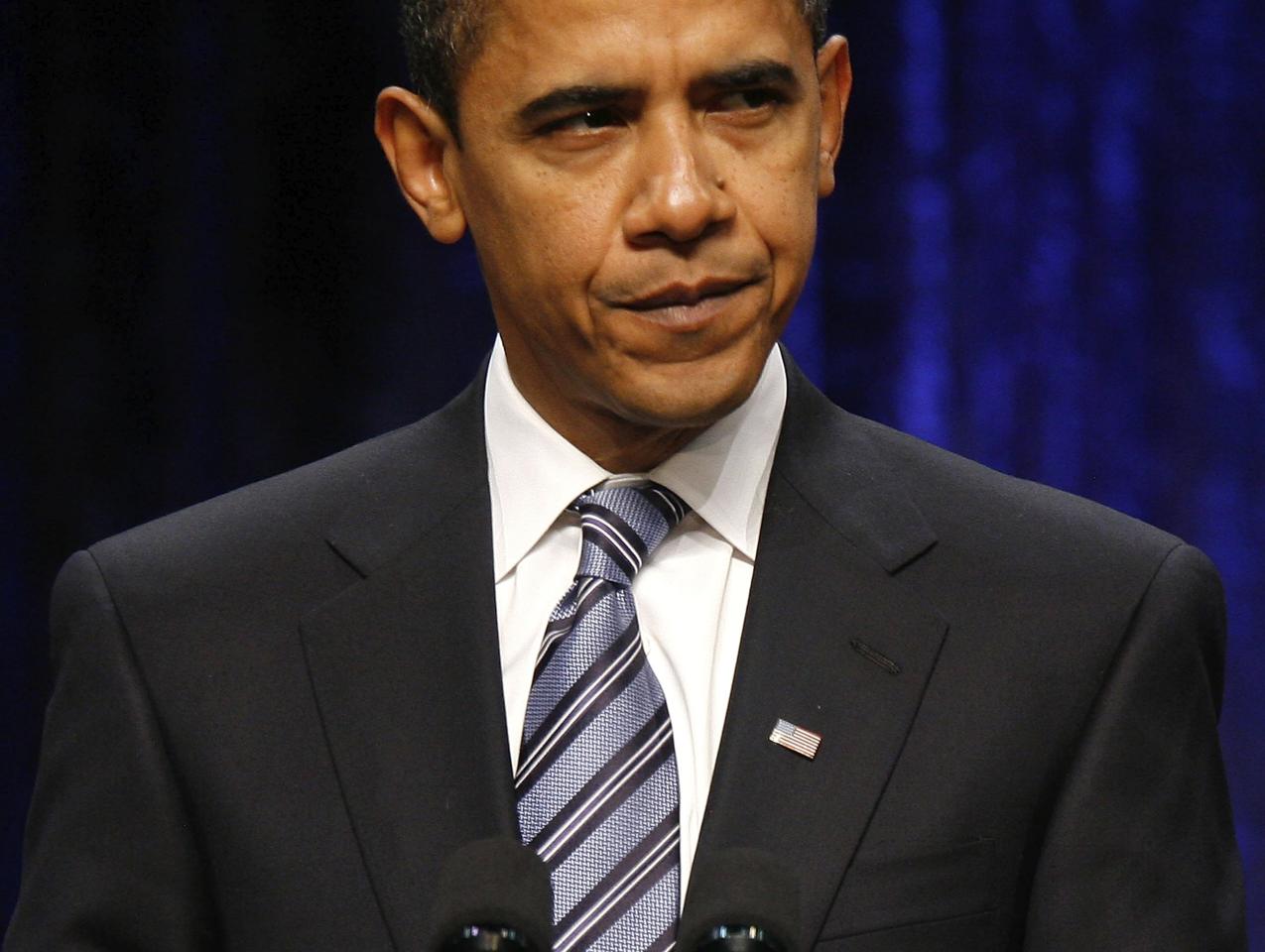 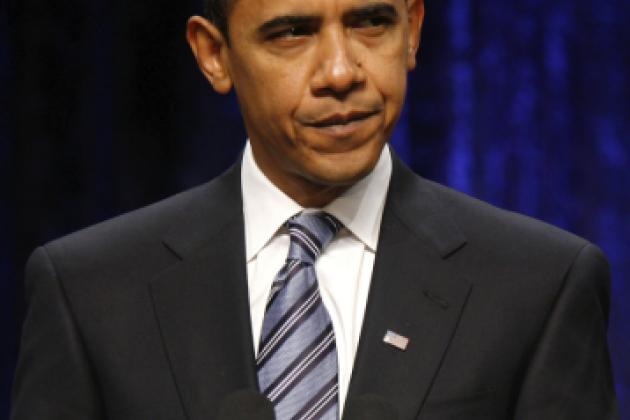 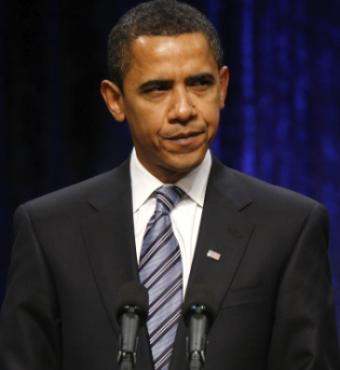 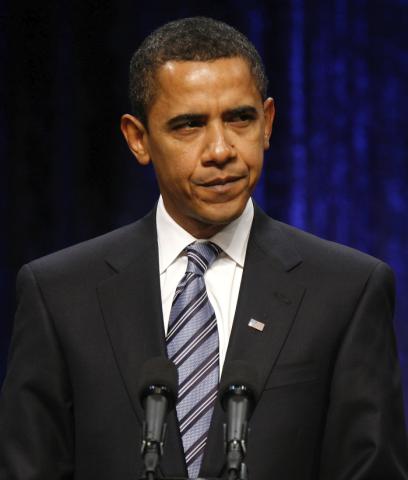 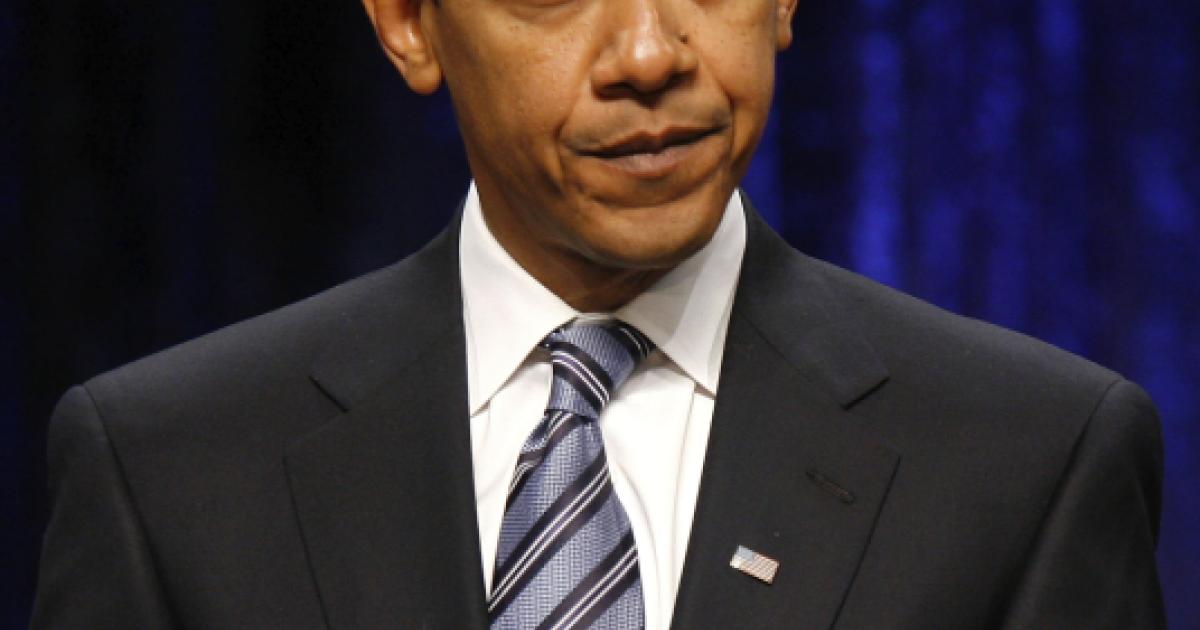 The defenders of the Affordable Care Act are running out of excuses for the dismal performance of its health care exchanges. It is now old news that many uninsured individuals are unable, even with sizeable subsidies, to purchase health care coverage from private health care providers. As Yale Professor Jacob Hacker notes in his recent op-ed for the New York Times, the ACA has indeed faced “a rocky six months.” Average anticipated premium increases are running at 25 percent; major insurers like Aetna, UnitedHealth, and Humana have either pulled out of the program entirely or cut back their operations; and one recent tally reports that 16 of the 23 health care co-ops, with over 800,000 enrollees, have shut down, with at least six others on economic life support.

What should be done to respond to this unfortunate situation? The defenders of the ACA want to double-down on the current system by introducing a “public option” that was excluded from the original legislation. President Obama endorsed that position in a communication published recently in the Journal of the American Medical Association. After ignoring the problems with the individual health care exchanges, he suggests “Congress should revisit a public plan to compete alongside private insurers in areas of the country where competition is limited. Adding a public plan in such areas would strengthen the Marketplace approach, giving consumers more affordable options while also creating savings for the federal government.” That same line is echoed by Hacker who dismisses any notion that the public option will lead to a single-payer system, by making the tart observation that the wholesale withdrawal of private insurers from the marketplace has already resulted in a single-payer system in the five states whose exchanges will be serviced by only a single ACA provider next year, with the prospect of still more to come.

Unfortunately, President Obama and Professor Hacker, with their public option rescue plan, misunderstand the source of the current difficulties. The key problem is not monopoly power. It is runaway costs brought on by foolish regulations that no public option can cure. If the system is to survive, which is doubtful, it needs to be fundamentally redesigned.

In principle, there is no doubt that the exit of multiple players from any given market gives the survivors the opportunity to engage in monopoly pricing, which may allow them to increase profits. Yet current companies are leaving the ACA en masse because of developments on the cost side. They cannot make money when they have to play by onerous government rules in supplying health care insurance. Even in a perfectly competitive market, with free entry and exit, no one will sell any product for a price below its anticipated cost, plus an allowance for a risk-adjusted rate of return on invested capital. The firms that left concluded they could not provide a product consumers wanted at a price that would allow them to remain in the market. If there were monopoly profits to be made in this industry, new firms would enter as the old firms left. But the level of private entry into this market has been effectively zero, which is a strong signal there are no profits to be made.

Indeed, the situation is even more dire than this account suggests, because the individual health care market is not viable, even with the enormous public subsidies that are available to a large fraction of the insured population. According to figures from earlier this year, about 9.4 million enrollees (out of 11.1 million) on the ACA exchanges receive a government subsidy that averages $291 per month on policies that cost an average of $386 per month. That means that close to 85 percent of the enrollees receive an average subsidy of $4,632 per year, or close to 75 percent of the total price, for a grand total of about $43.5 billion in annual subsidies for their combined coverage. The situation looks even worse when you recall that the private plans of about six million people were canceled because they did not comply with the minimum standards set under the ACA. Those plans made money and contributed tax revenues to the government. So at a minimum, the $43.5 billion in subsidy dollars only increased the total exchange enrollment by about 3.5 million recipients. The rest of the reduction in the number of the uninsured comes not from the operation of the exchanges, but from the expansion of Medicaid by about 15 million enrollees, placing even more strain on an already overworked system.

The obvious inquiry here is why the President, or anyone else, should think the public option will be able to cure the underlying ACA cost problem and help the government save money. Private health insurers work in many complex markets, where they manage to turn a profit. Is there any reason to think that a new and untested government provider will be able to succeed where the companies have failed? That rosy and improbable scenario would only be possible if the government received a complex set of privileges and advantages denied to their private competitors. These subsidies could take the form of receiving free or below-cost services from other government agencies—or being exempted from the various regulatory reviews and requirements imposed on their private competitors. In other words, the few surviving private firms will be competing on an uneven playing field against coddled government entities. The rise of the public option would mean virtually all private insurers exit the field. Hacker is unduly optimistic when he thinks that the outcome will be a stable equilibrium with public and private carriers. A single-payer system, with its massive inefficiencies, is the more likely result.

It is therefore necessary to rethink the problem from the ground up. The only way to do that is to examine the devastating constraints the ACA places on the overall health-care marketplace. The first point to note is that parties in competitive markets are not told the dimensions on which they are allowed to compete. They can offer whatever mix of goods and services they choose for whatever price they charge. They can target the entire market or only a single portion of it. They can enter and exit at will. They receive no direct subsidies from the government for the services they supply.

As I have long argued, the ACA flouts these basic principles. The first point is that each of the ACA’s bloated four-tier plans—Bronze, Silver, Gold, and Platinum—have to offer 10 key essential services. As reported by Healthinsurance.org, these include “outpatient care, emergency services, hospitalization, maternity and newborn care, mental health and substance abuse disorder services, behavioral health treatment, prescription drugs, rehabilitative services, laboratory services, preventative care and pediatric services, including oral and vision care for children.” Some of these services are not found in any voluntary market, yet all of them must be made available at a high level that is determined by government regulation, and which is not sustainable in voluntary markets.

In addition, everyone must be accepted into every plan, regardless of whether they have a preexisting condition. Most potential insureds know about their anticipated risk profiles and thus enroll in plans when they expect to face heavy expenses that the insurers cannot take into account. Beyond that, all insurance carriers are required to ignore both age and sex, even though these are powerful predictors of future health care costs. An adverse selection problem arises because both old and young are most likely to enroll when the costs of their plan are smaller than their benefits.

Faced with these constraints, private insurers have to make choices their customers won’t like. They can restrict the choice of physicians, and they can increase the level of deductibles, both of which make the plans less attractive and speed the rate of exit. Recall that enrollments are done on an annual basis, so people who have lost coverage the first time will not enroll a second time, especially if the terms of the new plan are less attractive than those of the previous one. By the same token, various patient groups for assorted ailments will steer their members to their preferred plans because the cost of a sick person’s care is far lower on the exchange. Any public option that operates under ACA rules will be vulnerable to the identical pressures that have driven the individual exchanges to the brink.

The planners of the ACA had enough foresight to realize that its open enrollment system could lead to winners and losers. They therefore designed a “risk corridor” program, which is intended to require side payments from those insurers that have drawn a good group of insureds to those insurers that have drawn a more expensive group. The implicit assumption behind this strategy is that system-wide receipts will exceed system-wide costs. But, of course, that need not be the case. Some plans will indeed do better than others, but the overall costs of running the exchanges could nonetheless still be negative, which in practice means that as the overall losses get greater, it becomes more and more difficult to fund transfer payments solely from revenue sources within the exchanges. In order to stem the shortfall, the Obama administration sought to make payments to insurers that were not authorized by Congress, only to be slapped down in court.

If the public option will accomplish nothing, then what should be done? As I have long argued, the only solutions worth considering are those that reverse the major structural failings of the current system. In the short run, the list of required benefits has to be pruned; greater price freedom has to be restored; new enrollees must be required to stay for minimum periods to counteract the adverse selection problem; insurers have to be able to more accurately price in ways that reduce the cross-subsidies currently built into the system; and transfer payments among insurers have to be scrapped.

It is an open question whether these and similar reforms can remove the rot that has worked its way into the system. Yet by the same token, it will be difficult to push for a wholesale repeal of the ACA, given that it is no longer an option for people who have been forced out of the private market to return to the plans the ACA shut down years ago. After all, any new statutory reform could be so short-lived that new entrants might be hit hard by  unanticipated restrictions before they can recoup their investments.

There is a sober lesson to learn from this sorry situation. None of the ACA’s shortfalls should have been a surprise to people who understand how insurance markets operate. The basic proposition remains that market liberalization always beats increased regulation. The former reduces administrative costs and creates desirable incentives. The latter leads to heavy cross-subsidies, endless compliance rules, and systematic deficits. It is also hard to reverse course when the strongest proponents of the given program ignore its manifest structural deficits, which is exactly what the incorrigible President Obama and Professor Hacker have done in calling for a public option that will only make a bad situation worse.