Most of the innovations in the proposed voting rights overhaul are both unconstitutional and unwise. 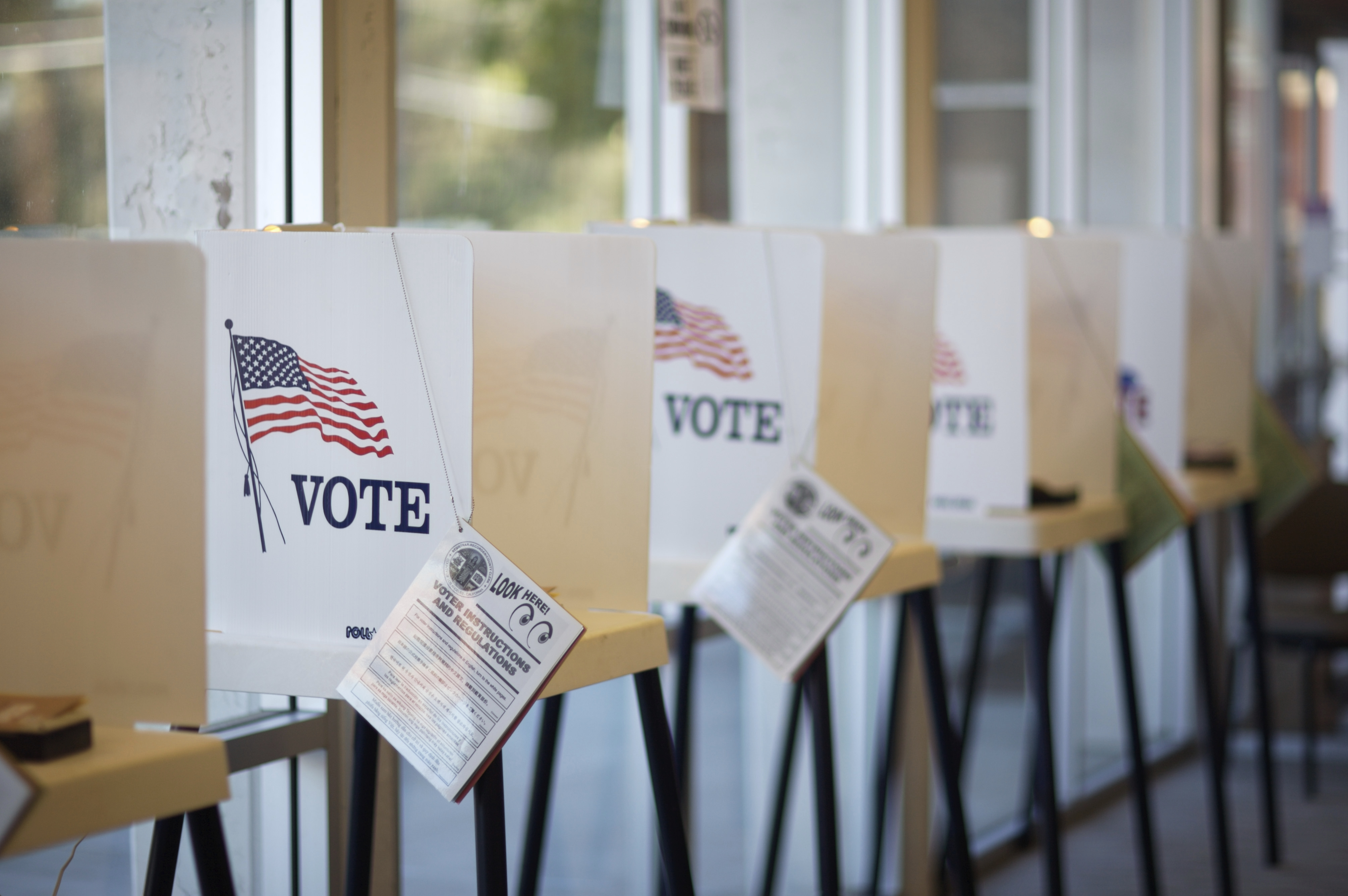 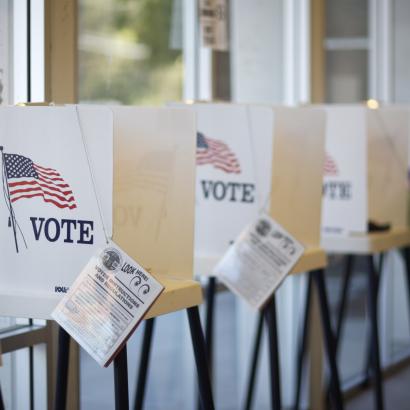 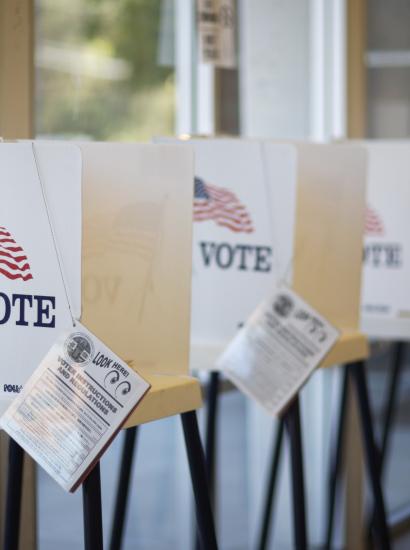 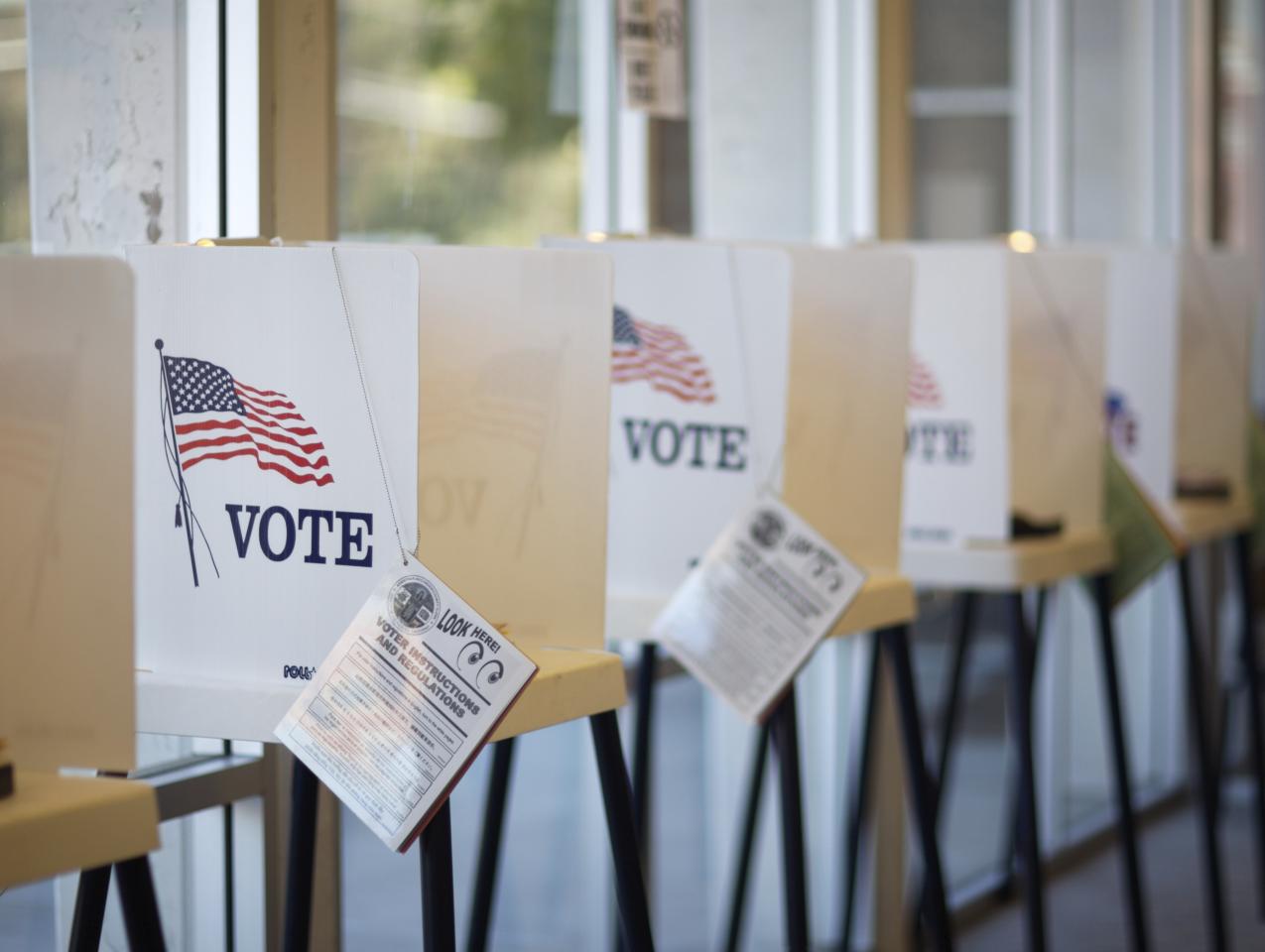 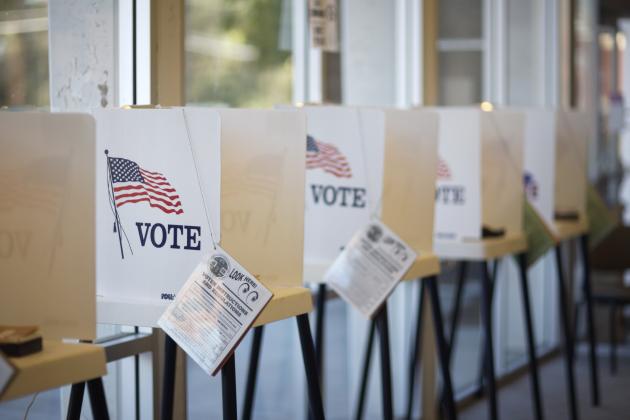 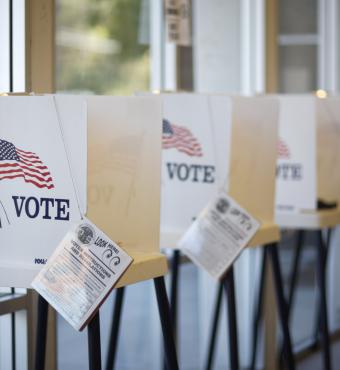 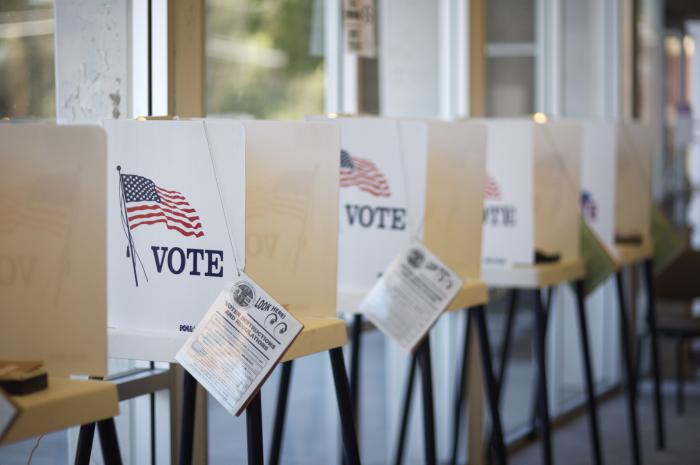 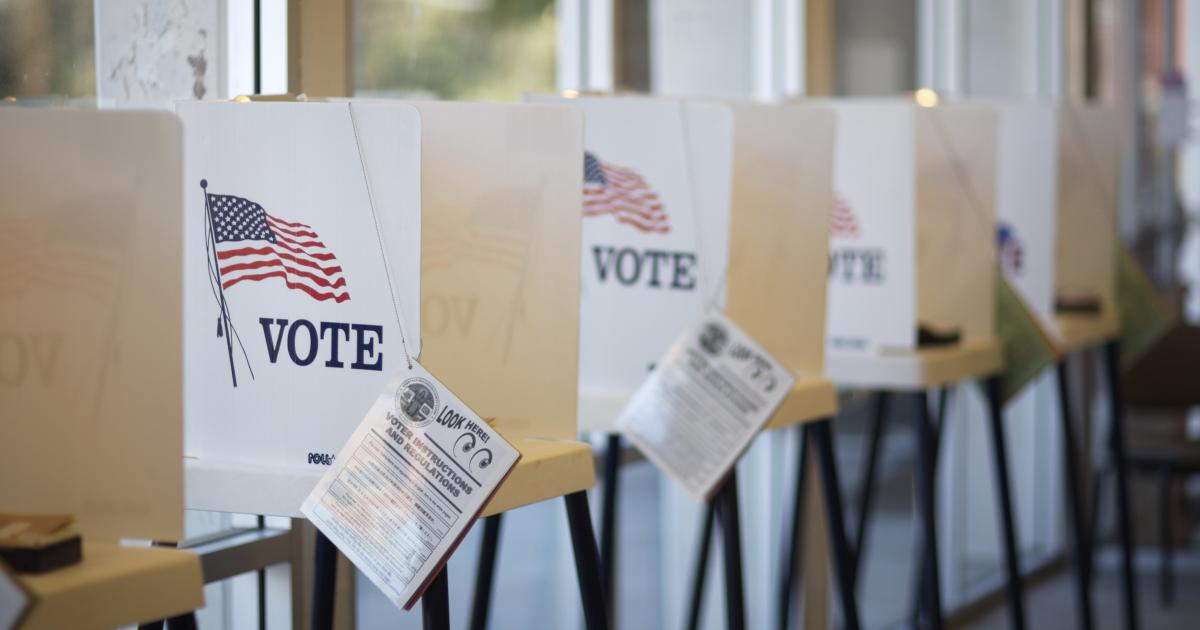 The “For the People Act” (FTP), designated HR 1, is by far the most comprehensive federal voting rights act ever proposed. The bill was introduced into the House of Representatives on January 4 and passed there along strict party lines two months later—220 for and 210 against. This divisive legislation represents a concerted effort by the House Democratic majority to consolidate and build on its gains from the 2020 election cycle. Its unabashed supporters, such as New York University’s Brennan Center for Justice, hail the legislation as “a roadmap to an inclusive, diverse, and equitable democracy.”

While there is much to criticize about the act’s hamhanded efforts to expand the regulation of campaign finance and disclosure requirements, I will concentrate on the FTP’s effort to organize a federal takeover of the electoral process as it applies to members of Congress and the president via the Electoral College. Its proposed changes are manifold. The FTP would mandate an expansion of automatic registration and same-day voting. It would create a two-week early-voting period and extend the franchise in federal elections to all former convicts. Finally, it would allow those citizens who lack any appropriate photo ID to gain access to the polls with sworn affidavits to their identity.

For all its ambition, FTP is vulnerable to both constitutional and administrative challenges. On the former, the new legislation appears to treat states as extensions of the federal government. By dictating the kinds of rules and regulations that states must adopt in order to comply with federal law, FTP may intrude on state authority to conduct elections. In addition, the act raises a host of practical problems, including the need for dual administration of state and federal requirements of the same election.

Let’s start with its constitutional problems. The US Constitution contemplates a complex division of electoral oversight of congressional elections. Article I, section 4, cl. 1, states that the “Times, Places and Manner” of the election of members to the House and Senate is to be determined by state legislatures in the first instance. But this power is then subjected to a major qualification, whereby the Congress can alter the times, places, and manner of such elections at any time––“except as to the Places of chusing Senators,” a provision rendered anomalous once the Seventeenth Amendment authorized the direct election of senators in 1913. The key interpretive question is whether the three words “times, places, and manner” exhaust the sphere of state control over elections, which would allow federal legislation to shut the states entirely out of the process of overseeing congressional elections.

The answer is no. The “manner” of an election only addresses how the election should be conducted. It does not, however, appear to address who is eligible to vote. May aliens vote in federal elections or people who are new to a particular state and have met the threshold residency requirements? The question of “who” has not been delegated to the federal government and remains lodged with the state. Were it otherwise, women’s suffrage could have been resolved by federal statute without the need for the passage of the Nineteenth Amendment in 1920. Further, under the anti-commandeering principles set out in Printz v. United States (1996), it is doubtful that the federal government can require state public officials to cooperate with federal voter ID guidelines. If Printz blocks federal mandates for state cooperation in connection with gun registration or immigration, why would it tolerate a similar requirement that state officials provide federal election officials state driver’s licenses?

Whereas the FTP takes an aggressive position on federal regulatory authority over congressional elections, its provisions on presidential elections are far more tenuous. The Constitution originally contemplated that the Electoral College was a deliberative body whose membership would be determined by the individual states. The key provision of Article II, section 1, cl. 2, notes that “Each State shall appoint, in such manner as the legislature thereof direct, a Number of Electors” equal to the total of the state’s membership in the House and Senate.

The role of those electors was changed in the early nineteenth century, when all the members of the Electoral College “pledged” in advance that they would vote for the candidate of the party that nominated them. At this point, the electors became simple messengers deprived of political discretion, which is how the system still operates today. Therefore, presidential elections governed by Article II contain no federal override on matters of time, place, and manner similar to those found in Article I. Hence, the FTP oversteps clear constitutional limits when it seeks to impose the same restrictions (and more) on how electors are chosen.

The FTP is a response to the litigation that arose during and after the unprecedented 2020 election season, when President Trump raised numerous objections to the procedures and outcomes in multiple states such as Georgia, Pennsylvania, and Wisconsin.  But it would be a mistake to think that that multi-layered litigation could justify any intrusive federal regulation of state elections. To be sure, the US Supreme Court let stand on grounds of mootness a highly dubious Pennsylvania Supreme Court decision, handed down more than six weeks before the election, which allowed ballots filed after 8 p.m. on election day to be counted. I regard the Pennsylvania Supreme Court’s action as a clear case of judicial usurpation of the legislative control of elections, which the Supreme Court should have heard before the election, but, by a 4–4 vote, did not.

Yet even if that state judicial action was correct, it offers no support for the proposition that the federal government is constitutionally permitted to control presidential elections.

The provisions of the FTP seem to be unquestionably unconstitutional, and it is frightening to think that the integrity of the ballot could be overridden by a wholly partisan House. The prospects for this legislation passing in the Senate are null if the current rule requiring 60 votes to end debate is observed. But the filibuster may be on its last breath, in light of the recent, failed attempt of the Democrats to enact a $15-per-hour minimum wage law through reconciliation, a procedure intended exclusively for budgetary provisions.

One of the implicit assumptions of the FTP is that any effort to ensure the integrity of elections disenfranchises minority and poor voters. It is therefore fashionable to say that current electoral practices are untainted by any irregularities. Indeed, inclusion of the word “baseless” before any description of Trump’s allegations of wrongful electoral conduct is treated as a simple descriptive truth rather than a disputed contention. But the Pennsylvania suit was far from baseless. And the same can be said of the other suits that were bounced out of court, many of which failed on procedural grounds—such as mootness, timeliness, improper form, and lack of standing—rather than on the merits. It is critical to note that though decisions made in individual cases, whether right or wrong, operate as a bar to all similar future claims under the venerable doctrine of res judicata, or claim preclusion, they place no such limitation on congressional investigations. Contrary to the assumptions of the FTC, a public or private review of the 2020 election could very well recommend strengthening protections against electoral abuse.

The relevant question now is whether the practices included in the FTP are invitations for fraud—and in my view, they surely are. Same-day voting enables people to vote after already voting elsewhere or having been bused in from out of state. It is not possible in the heat of an election to check their eligibility or even verify their addresses.

Likewise, the use of an affidavit, as opposed to an ID card, is an open invitation for fraud. No one today could use a sworn affidavit in place of a picture ID to gain access to an airplane, school, hospital, or bar precisely because the picture offers a cheap and effective defense against various forms of impersonation. Similar objections could be made against efforts for automatic registration through state organs like motor vehicle licensing offices. There is no guarantee that DMV officials will carry out the responsibilities to record and update voter information with equal diligence. Nor should regulations be imposed because of the claim that the standard ID and registration requirements are a form of racial discrimination. That assertion cannot be maintained against any concrete demonstration of conscious abuse.

It is, of course, important to have eligible voters vote. However, it is equally important to make sure that ineligible voters do not flood the polls on election day. Indeed, the stakes and challenges of electoral fraud are greater than frauds in most other contexts. If a close election swings one way or another because of fraud, that could undermine our democracy and lead to massive social unrest. The last thing needed today is a massive takeover of state electoral administration by untested federal legislation of dubious constitutionality. The FTP is against the people and should be roundly rejected.