Fraud, not discrimination, is the real threat. 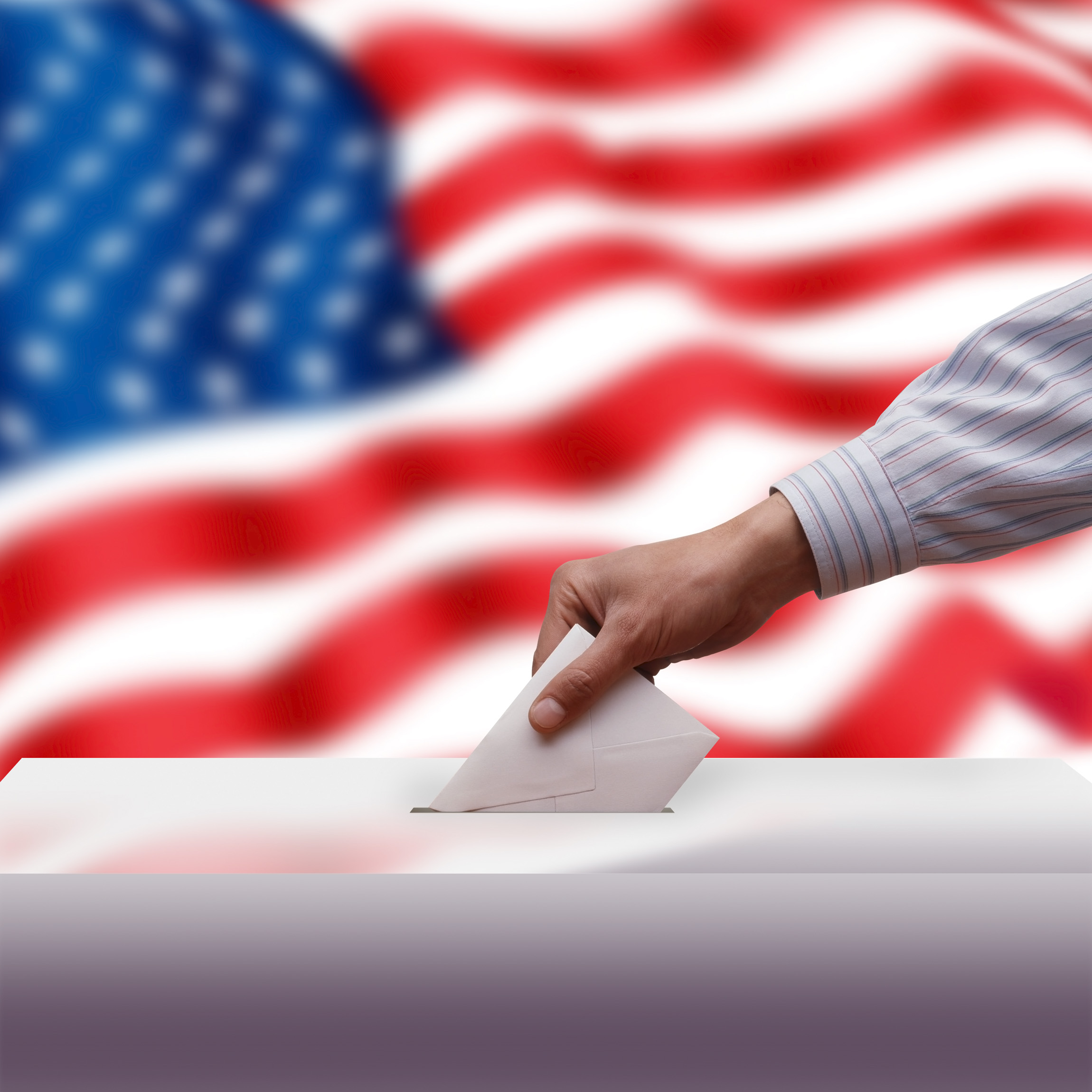 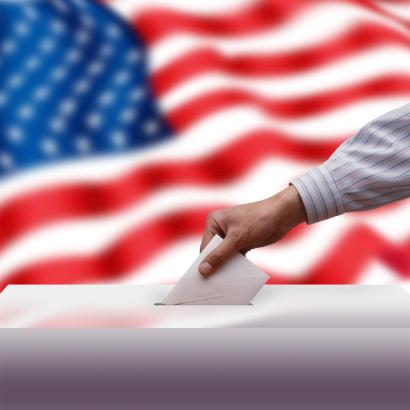 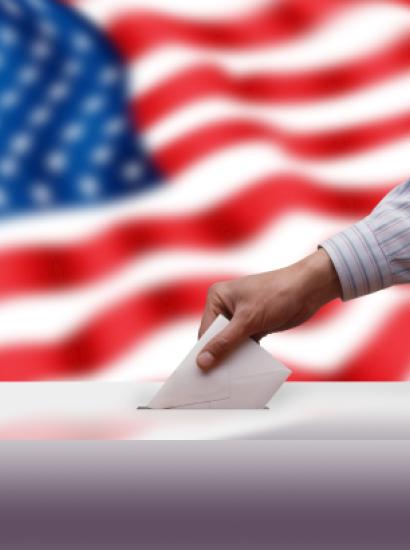 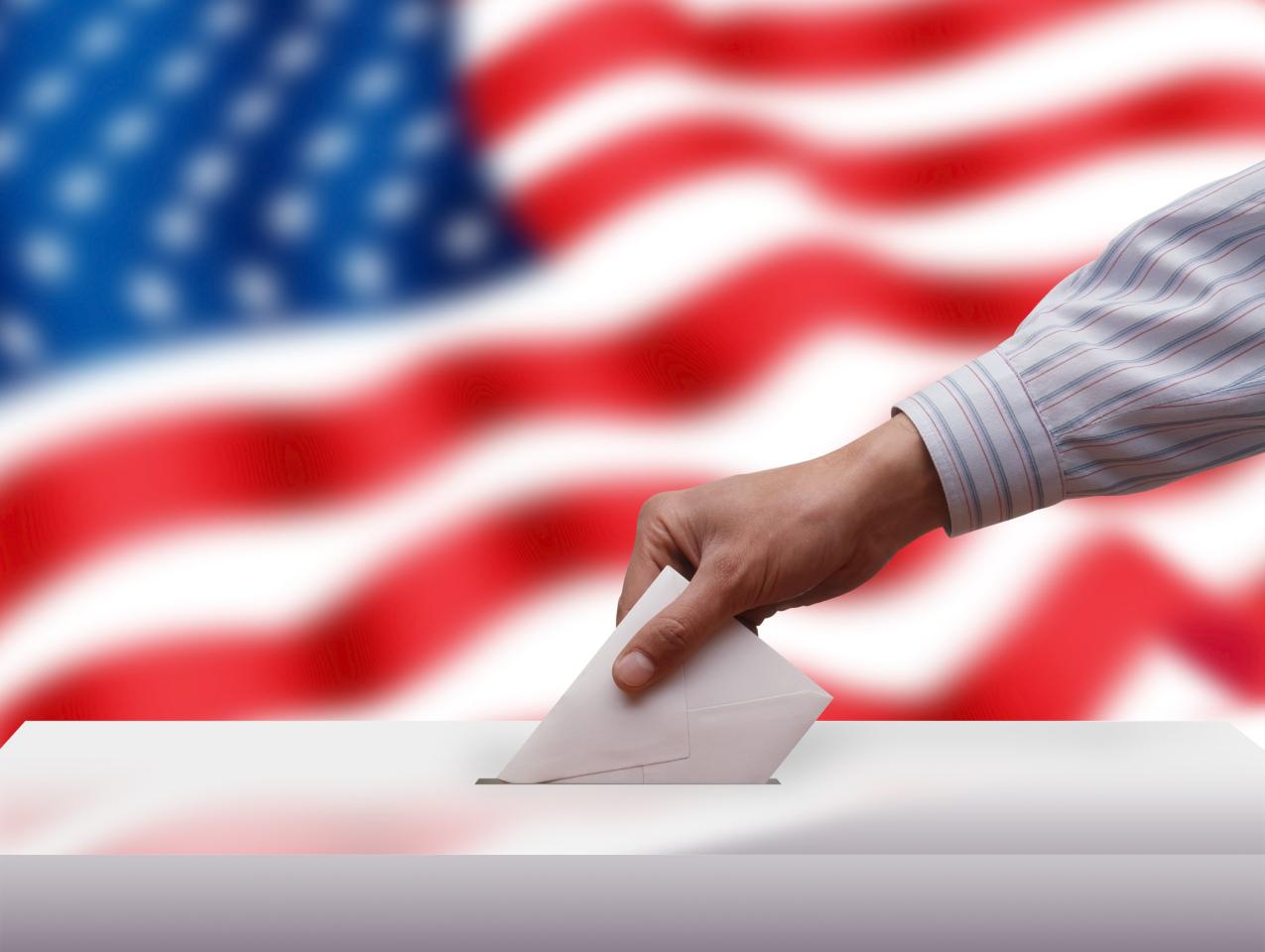 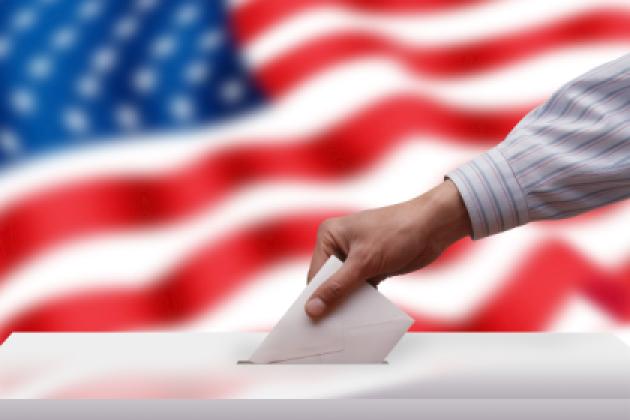 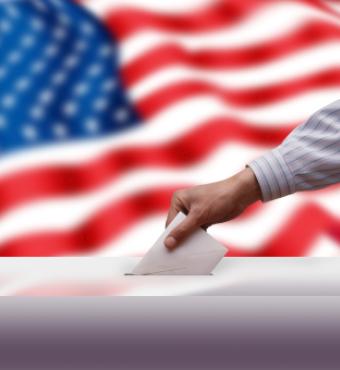 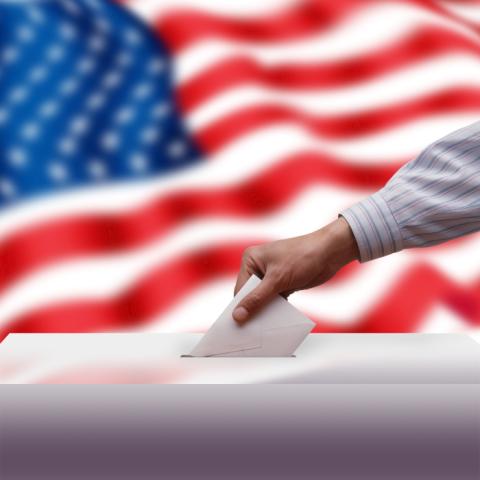 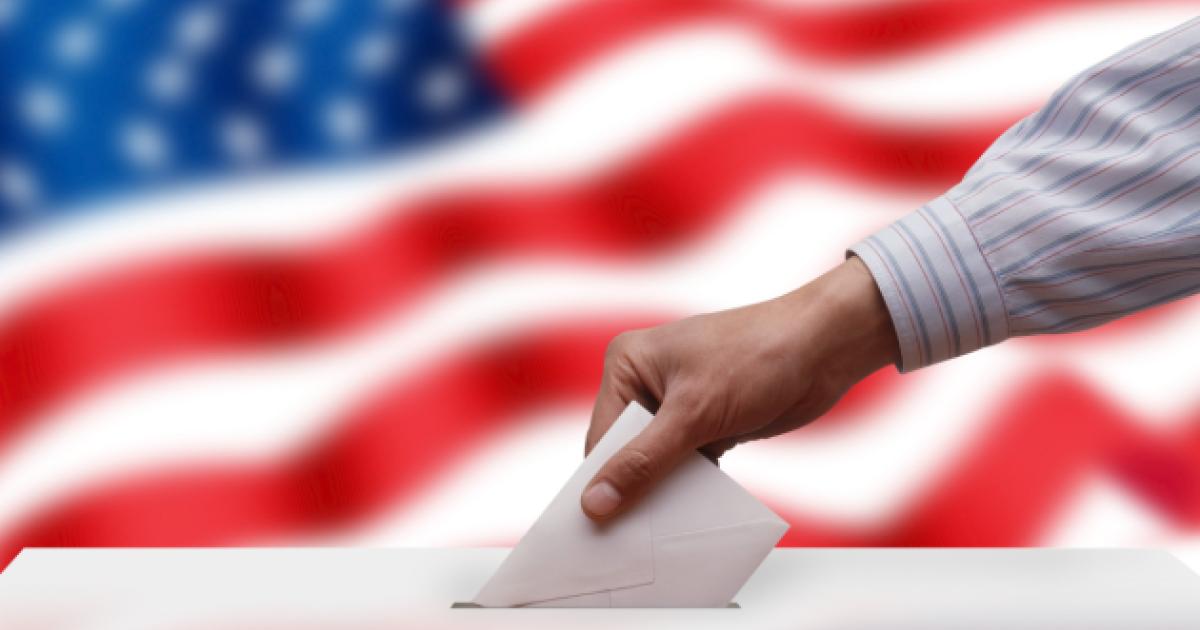 The second session of the 117th Congress opened with the same discord that the first session ended with. Then, the Democrats unsuccessfully sought to parlay their tiny majorities in both houses into the passage of President Biden’s flawed “Build Back Better” Plan. Now, after the first anniversary of the January 6 storming of the Capitol building by irate and unruly Trump supporters, the controversy has shifted to the Democrats’ equally ambitious, and equally flawed, voting rights reform agenda. Biden set the stage by denouncing former president Trump in extremely harsh terms:

The former president of the United States has created and spread a web of lies about the 2020 election. He’s done so because he values power over principle. Because his bruised ego matters more to him than our democracy or Constitution. He can’t accept that he lost.

Senate Majority Leader Chuck Schumer has equally insisted that voting reforms are necessary to forestall any Trump repetition: as he views it, “an attempt to reverse, through violent means, the outcome of a free and fair election.” Using such blunt phrasing as “[a]n insurrection, call it what it is,” Schumer hints at a possible prelude of worse to come in the 2024 election. For Schumer, only major structural reforms will protect American democracy from this mortal threat. Since these conditions warrant dramatic action, he intends to undo the filibuster by Martin Luther King Day if Republicans continue to “hijack” Senate rules to prevent two transformative voting laws from passing.

The first is the Freedom to Vote Act, which contains a long list of reforms designed to wrest control over elections from states and hand it to the federal government. Like the predecessor For the People Act, the Freedom to Vote Act would expand voter registration through “automatic and same-day” registration. It also expands early voting and voting-by-mail options to make sure that every eligible voter can participate in elections.

The second reform, the John R. Lewis Voting Rights Advancement Act of 2021, seeks to reinstate a regime requiring “preclearance” from either the Department of Justice or the District Court for the District of Columbia before a state may introduce any change to its voting practices. Democrats have long attacked the 2013 United States Supreme Court decision in Shelby County v. Holder, which struck down a 2006 amendment to the Voting Rights Act that had extended the initial preclearance process for twenty-five more years. As Chief Justice John Roberts noted in his spirited majority opinion, the situation was wholly different on the ground than it was in 1965, when the first VRA was passed. At that time, systematic exclusion was the norm: forty-one years later, the high level of African-American electoral participation wholly undercuts any claim that the persistent racial exclusions of Jim Crow survive today. But, in line with Schumer’s alarmist rhetoric, the act mandates a ten-year preclearance provision for every state and all political subdivisions if:

The Democratic case for reform is deeply problematic. Start with the alleged future threats to democracy. Surely, no one thinks that a repetition of the dangerous actions of January 6 are in the cards four years from now. As Kim Strassel writes in the Wall Street Journal, there is not a shred of evidence that President Trump, notwithstanding his appalling indifference to what happened at the Capitol, did anything whatsoever to organize an insurrection, but he did inflict lasting political damage on himself and the Republican Party. And Congress and the Capitol Police have taken major steps to correct the serious security weaknesses that allowed the original Capitol March to spiral out of control. This situation bears some similarity to the tragic events of the Charlottesville march of August 2017—for all the dire fears of a repetition of that day, August 2018 passed without incident in Virginia, and the alt-right is far less visible today than even four years ago.

These welcome developments do not mean all threats to democracy are neutralized. But on this hot-button topic, Democrats would be wise to look at their own behaviors before casting aspersions. Indeed, the Biden administration has consciously made major departures from past institutional practices, actively sidelining Congress and the judiciary. Its long line of unilateral executive orders on energy issues includes a recent executive order proposing net-zero emissions by 2050, without any input from Congress despite the need for implementation to take place long after Biden leaves office. And his recent vaccine mandate proposal is likely to fail before a skeptical US Supreme Court, probably in large part because it seeks to resolve a major question of public health policy without any input from Congress, or indeed anyone else. The Biden administration also has chosen to unilaterally sack all Trump appointments on multiple independent advisory boards, in clear defiance of congressional command, solely to stack them with those sharing his values. These are actions which I, among others, am now challenging in court in an effort to restore them in the long term. This destructive tactic undermines decades of established practices and makes it impossible to secure stable bipartisan practices that can weather the inevitable changes in political control of the presidency and the Congress, and protect in turn the prized democratic values.

Against these threats, the voting rights reforms are of no use. What matters is determining and then minimizing the greatest challenge to electoral integrity. Democrats have bet all on the exclusion of racial minorities from the polls, gearing their actions towards making voting easier and expanding federal oversight through preclearance. The risk of voter fraud issue is far greater than the risk of illegal discrimination issue. In the aftermath of 2020, large numbers of Republicans remain skeptical of Democratic claims that there were no voting irregularities in the 2020 election. If Democrats want a commission to investigate January 6, it would be useful for the Democrats to signal their good faith by convening a parallel commission that forces both sides to confront each other on voter fraud.

On the right, two recent books, Mollie Hemingway’s Rigged: How the Media, Big Tech, and the Democrats Seized Our Elections and John Fund and Hans von Spakovsky’s Our Broken Elections: How the Left Changed the Way You Vote, make it clear that anxieties about the voting system transcend the 2020 presidential election to cover all federal and state elections with Democrats now in the dock. That uneasiness, in my view, is reinforced by the recent “Zuckerbucks” revelations, where billionaire Facebook founder Mark Zuckerberg used private funds to help secure differential enforcement of the election laws in ways that favored the Biden campaign—a practice that could easily push close elections into the Democratic column unless promptly stopped.

More generally, controlling fraud requires imposing tight chain-of-custody restrictions that track the movement of ballots from printing to distribution to counting and then storage. But the Freedom to Vote Act moves in the opposite direction, approving procedures such as same-day registration, more extensive early voting, and looser vote-by-mail rules, which invite extensive fraud by making it easier to cast illegal ballots. At the height of the COVID pandemic, relaxing some traditional safeguards may have been warranted. But from where things stand now, there is no reason to keep these looser rules in place indefinitely. Is there really any reason to allow anyone to register to vote without presenting the same form of identification typically needed to board an airplane? Against this backdrop, the constant drumbeat about Jim Crow 2.0 falsely holds that any sensible race-neutral precaution is to be equated with the systematic and brutal tactics of voter suppression that dominated the South before passage of the 1965 Voting Rights Act.

Yet, armed with this false image, the Lewis bill makes all the wrong moves: it uses the flimsiest of tests to justify an extensive regime of preclearance and can easily usher in a new wave of abuse by aggressive lawyers and judges believing racial discrimination is rampant (but only against minorities). Does it really make sense to use the same number of violations to trigger an investigation in either California or Texas as it does in Montana or Rhode Island? Does it make sense to give minor and innocent violations the same weight as deliberate major ones? Because the law would effectively render every state, county, and local government noncompliant, preclearance enforcement will depend on the whim of national political actors unconstrained by any real standards. It seems painfully clear that punishment under the criminal law, either state or federal, would be sufficient to deal with the few violations after they occur, given the law’s demonstrated performance against other illegal conduct, such as bribery and intimidation.

Ultimately, Senator Schumer gets it backwards. His legislation is likely to advance fraud by loosening voting restrictions, while imposing a preclearance system that that has the potential for vast abuse. Never has the filibuster looked so good.