The Supreme Court’s latest decision will further polarize electoral politics at the state and national level. 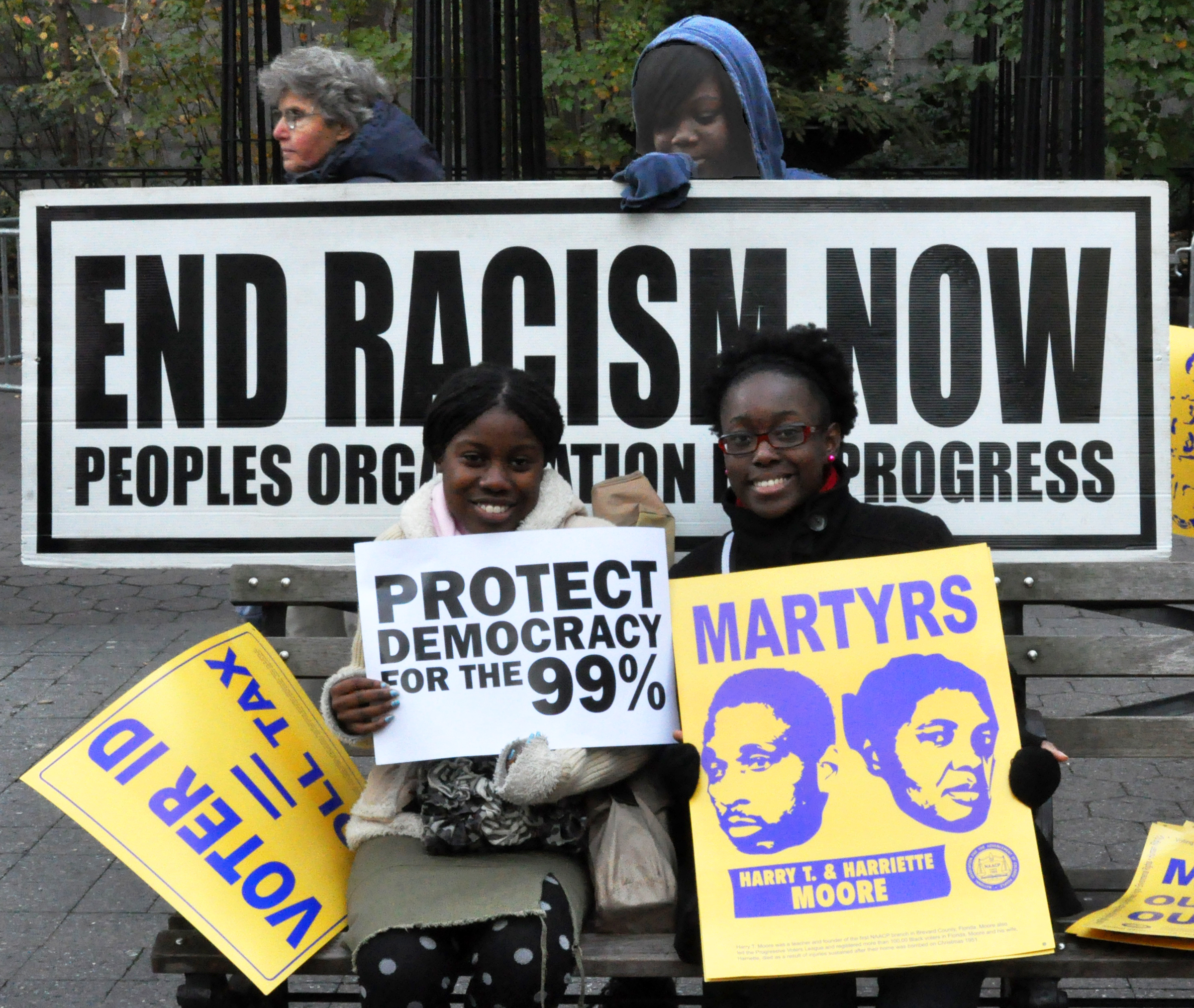 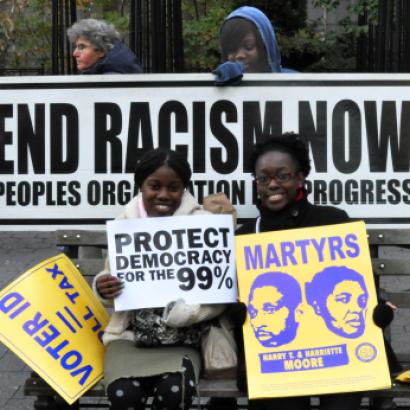 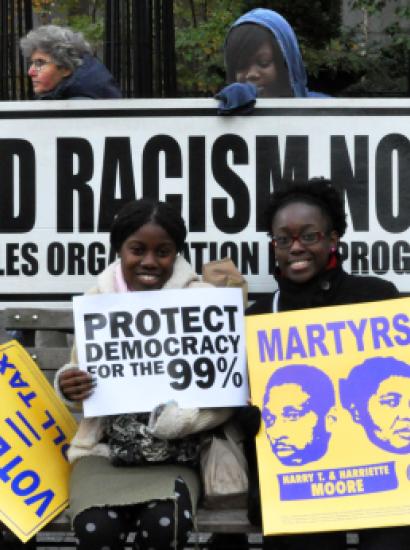 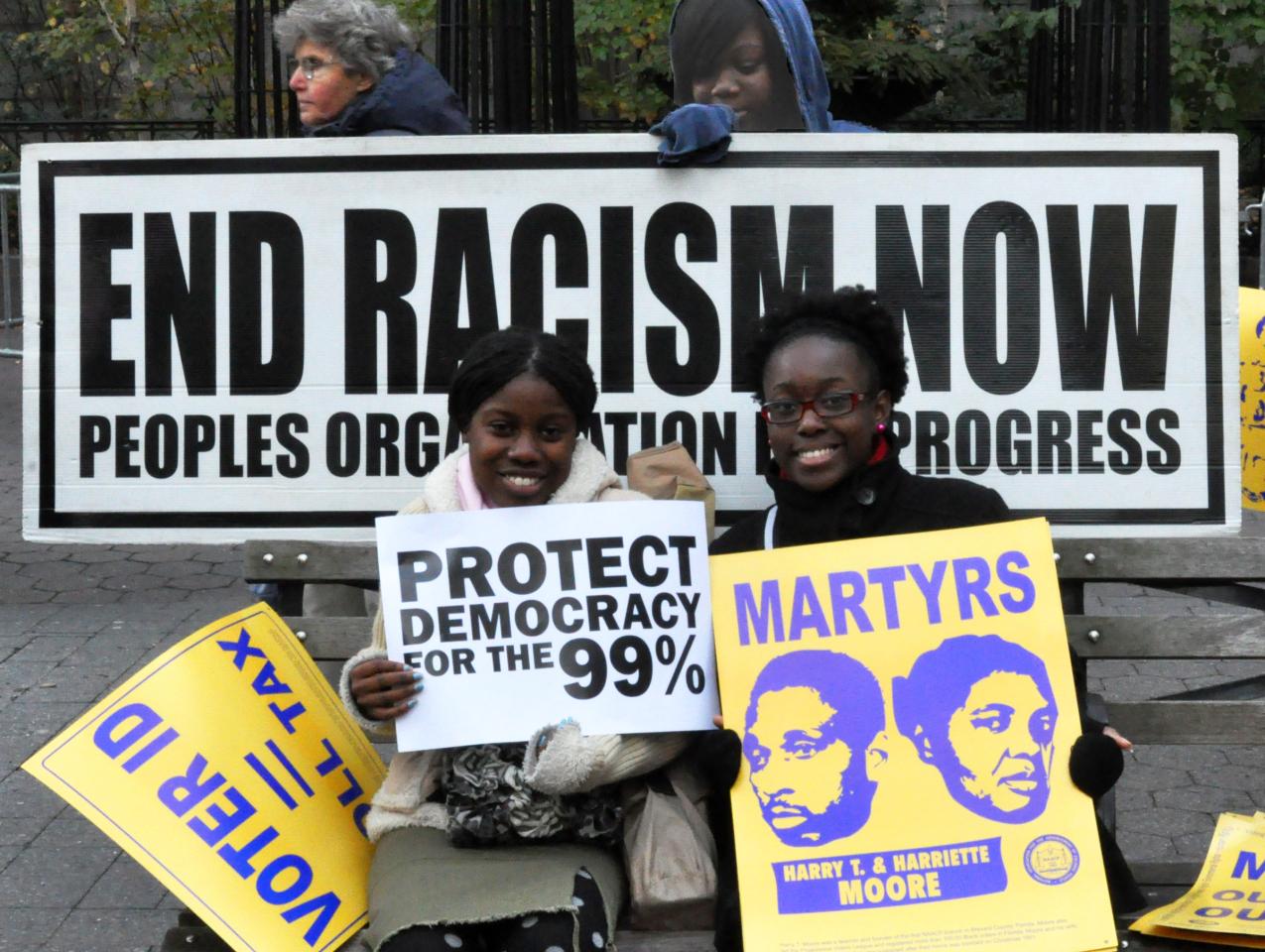 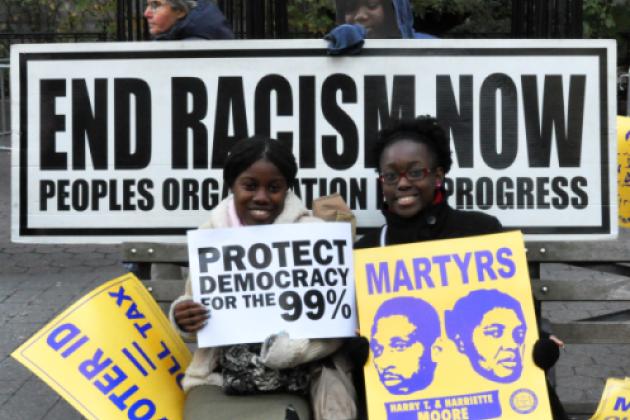 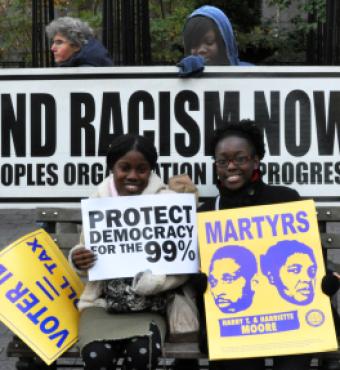 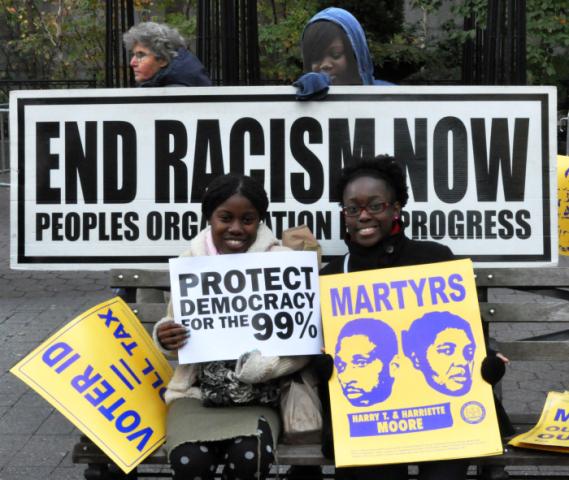 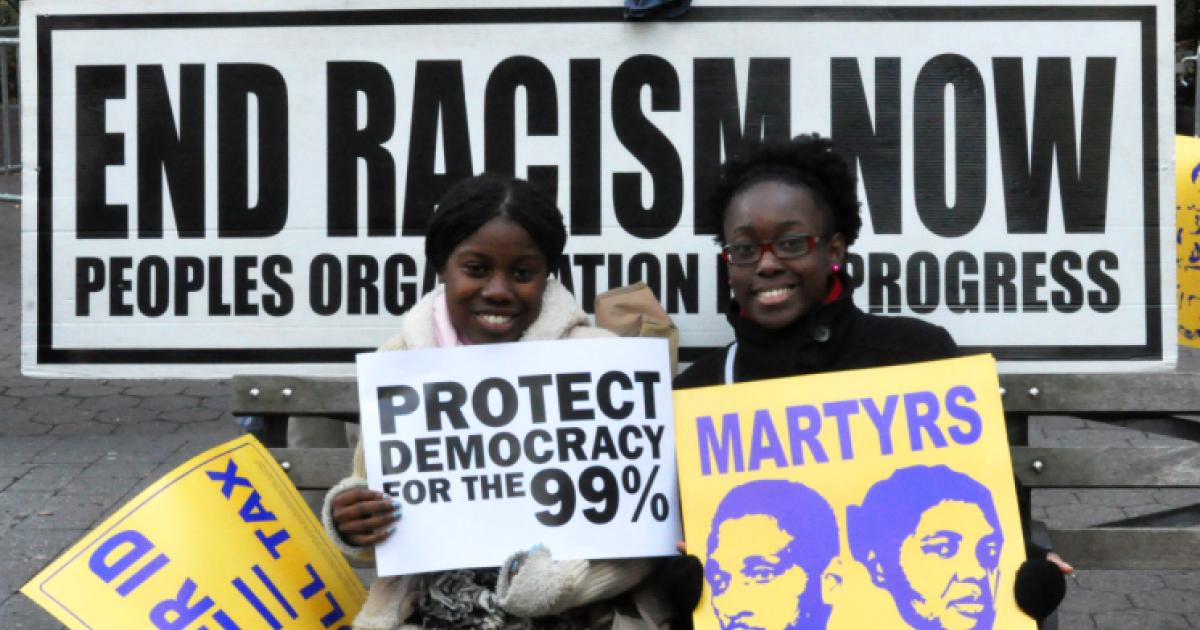 This past week in Alabama Black Caucus v. Alabama, the United States Supreme Court, by a five-to-four decision—with Justice Stephen Breyer writing for the four liberal justices plus Justice Kennedy—struck down Alabama’s redistricting plan for its state Senate and House of Representatives under the Equal Protection Clause of the Fourteenth Amendment. The issue arose as a result of a confluence of two powerful factors. First, the inevitable shifts in population densities between censuses make current districts noncompliant with the Supreme Court’s exacting numerical identity standard for state district. The second is the change in legislative control from Democrats to Republicans, allowing Republicans to imitate the Democrats after the 2000 census—to create districts with equal populations that will let Republicans nab seats in excess of their percentage of popular support.

The most common technique to skew political power gives the opposition party a smaller number of seats in which they hold commanding majorities, while reserving for itself a larger number of seats with smaller yet still safe electoral majorities. Politically, a 55 to 45 percent margin is roughly 99 percent as safe and stable as, say, a 70 to 30 percent margin. Given the detailed knowledge of race and voting patterns, it’s duck soup for any computer-savvy political caucus to implement the program.

In a sensible world, the best counter to these dangerous tendencies uses explicit formal requirements to remove this unpleasant form of tit-for-tat politics. Two constraints, taken together, could achieve this result in a relatively simple fashion. The first is to stick with a requirement of rough numerical equality across districts. The second is to require relatively compact districts, which look more like simple squares than some grotesque 28-sided monster that white citizens (outnumbered by 4 to 1) consciously created in Tuskegee Alabama in 1957 to block the possibility that newly enfranchised black residents would soon take over local politics. Six years after Brown v. Board of Education, the Supreme Court in Gomillion v. Lightfoot struck down this ploy under the Fifteenth Amendment, which provides that the "right of citizens of the United States to vote shall not be denied or abridged by the United States or by any state on account of race, color, or previous condition of servitude."

But now that the political tables are turned, the Supreme Court, under its version of Tuskegee Modern actively encourages the use of these same racially constructed districts to increase the influence of minority voters relative to white ones. Since the Fifteenth Amendment is quite useless for that purpose, all attention shifts to the Fourteenth Amendment’s guarantee of Equal Protection under the laws, which was invoked in the stirring 1896 dissent of John Marshall Harlan in Plessy v. Ferguson aimed to usher in a color-blind Constitution.

No longer, clearly. The Supreme Court has made a U-turn to a race-conscious Constitution. At the passage of the 1965 Voting Rights Act, the systematic exclusion of black citizens from the polls prompted the adoption of strong preclearance measures to prevent subtle rearguard actions by entrenched public officials determined to perpetuate the old order. Those days are long gone, and in 2012 a sharply divided Supreme Court in Shelby County v. Holder rightly struck down the much-expanded use of preclearance procedures long after segregationists had lost any control over the political process. Essentially the majority held the expanded preclearance proceedings as inappropriate overkill in the absence of any evidence of current racial bias in the administration of the voting laws—a no-brainer in light of the high rates of black participation throughout the South.

Shelby County should be read to hold that the Supreme Court should no longer use the Equal Protection Clause to maximize overall black political influence, however defined. Nonetheless, Black Caucus only expands the use of race-based redistricting. To get a grasp of the doctrinal confusion, consider the Court’s current Equal Protection jurisprudence.

Its argument starts off innocently enough: electoral districting violates the Equal Protection Clause when race is the “’predominant’ consideration in deciding ‘to place a significant number of voters within or without a particular district,’ and the use of race is not ‘narrowly tailored to serve a compelling state interest.’” Next, that compelling state interest consists in “avoiding retrogression with respect to racial minorities’ ability to elect their preferred candidates of choice.” The odd word “retrogression” refers to language in the 2005 Voting Rights Act, which was intended to counter, at the very least, the possibility that the redistricting process might be used to increase the concentration of minority voters in the “majority-minority” districts. By reducing the minority votes, the anti-retrogression provision would stop any shrinkage in minority representation.

In Black Caucus, Alabama used, as it had to do, race at every stage in the process to create a new set of districts that it wanted to reflect the exact same black-white voting percentages in the prior reapportionment. Only a sophist could argue that these district lines were not motivated by race, given the use of systematic quotas. The sensible remedy is to nip the problem in the bud by striking down that raced-based process by using the population parity and compactness criteria mentioned above. Oddly enough, Justice Breyer thought that those tests were incomplete because they did not include “not splitting counties or precincts, minimizing change, and protecting incumbents.” The first of these is a rough proxy for compactness, the second is an independent value that may advance the attachment of local citizens to the political process. The third looks to be an inexcusable form of self-protection in any institutional setting.

Nonetheless, Justice Breyer’s uncritical acceptance of the “compelling state” interest to allow minority members to elect candidates of their choice is sadly perverse. In most other contexts, the compelling state interest test is an exacting one, which roughly speaking, cuts back on protected constitutional interests in order to preserve domestic order and to protect the nation from foreign aggression. Some form of extrinsic necessity is required for a careful and limited abridgment of constitutional rights.

How then does the conscious advancement of the political influence of African-American voters count as a socially compelling interest as opposed to the latest partisan ploy in the endless round of skirmishes over political control? This heavy-handed technique is no longer needed as a counterweight against systematic forms of institutional racism. If Shelby County was correct to condemn overly intrusive preclearance provisions, the same response is appropriate to any federal standard that prefers one class of voters to another on the ground of race—indeed on any grounds at all.

In dealing with this issue, moreover, the Supreme Court seems to make some unexamined but highly dubious empirical assumptions that the means chosen will fit the ends in question. But the set of social considerations do not lend themselves to these easy calculations. The original goal of the 1965 VRA was to increase black participation to the level of white participation. That end has already been achieved, at which point the influence of formerly disenfranchised voters is felt in every district in which they vote. Winning elective office is always an arduous task of stitching together complex coalitions, minority voters included, assuming that they vote as a block, which they need not do.

It is therefore fair to ask why, once the vote has increased, is it better socially for minority voters to be part of winning coalitions in multiple districts or to be the dominant players in a smaller number of districts? Owing to the immense variations in local politics, only the foolhardy would be confident which way the balance tilts. Ignoring race in redistricting does not strip minority voters of influence. But it does reduce the influence of the Alabama Black Caucus, whose number decreases if black voters are dispersed through multiple districts, leading to a deep conflict of interest between the Black Caucus and ordinary black citizens. The Black Caucus is composed exclusively of blacks elected to public office. A rule that refuses to make race-conscious classifications will surely thin its ranks, but may also increase the overall influence of black voters who are parceled out across multiple districts.

What is clear, regrettably clear, is that maximizing black representation upsets the overall political configuration. The creation of more majority-minority districts will move the representatives of those districts to the left, given the strong level of black support for the Democratic Party. By the same token, the remaining majority-majority districts will become more conservative as their candidates for office need not worry about the political preferences of non-members. Looked at in the round, race-conscious rules in drawing district lines lead to increased polarization of politics. It is hard to see why the Equal Protection Clause requires this divisive form of politics.

Nor are we sure how this will play out. The Supreme Court struck down Alabama’s prior redistricting and ordered a new one. But the Court left it unclear exactly what principles shall govern this second go around. Is it really the case that the system will be unconstitutional unless Alabama maximizes the number of majority-minority districts with, say, 55 percent votes? Can it do less? If so, by how much? Can it achieve the same result by different means, stating explicitly that it is trying to increase the number of heavily majority-Democratic districts in order to maintain the Republican chokehold of the Alabama House and Senate? None of these alternatives are defensible as a matter of first principle.

This sorry episode once again validates a central theorem of constitutional law. Once a legal system goes off the rails on its major premises, it cannot undo the institutional damage by fine-tuning the rest of the system. Today, it is untenable to invoke the Equal Protection Clause when so many simple race-blind rules are available to handle districting. In the end, Justice Thomas’s sole dissent was right to call Alabama Black Caucus the latest installment in the “disastrous misadventure” of the Supreme Court’s voting rights case law. The Supreme Court should scrap its unsound Equal Protection case law and return to the simpler principles of Gomillion v. Lightfoot, which thankfully addresses a once terrible set of problems already solved by the political and legal process.