The Way Forward On Police Reform

Bitter opposition between the police and protestors reduces the prospects of meaningful changes. 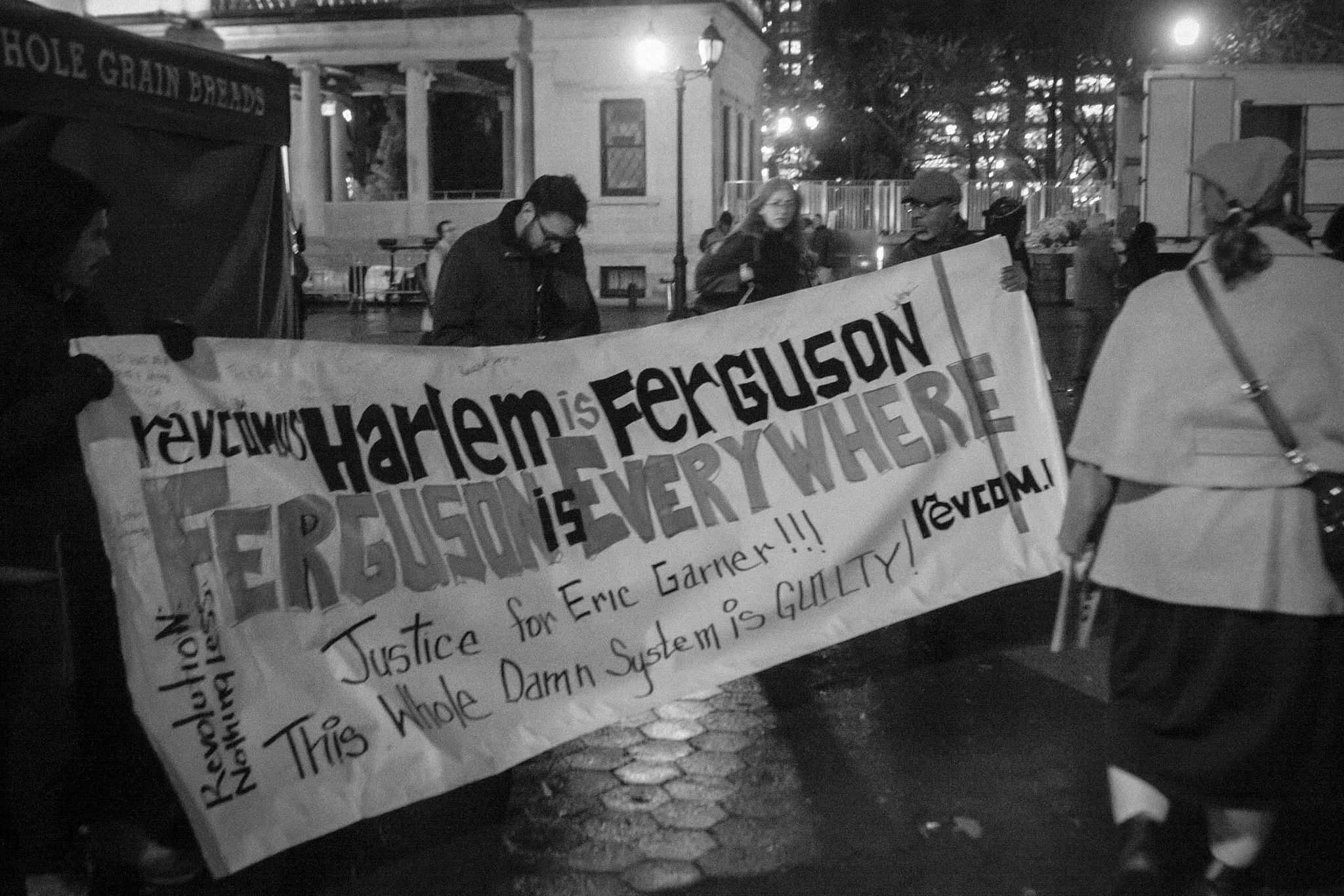 The Way Forward On Police Reform 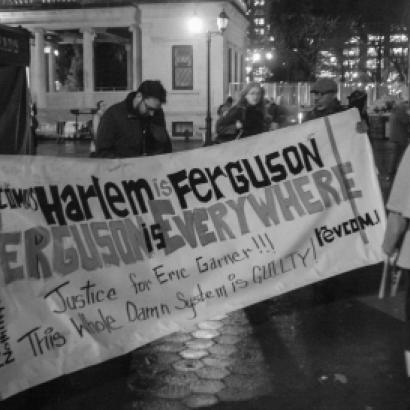 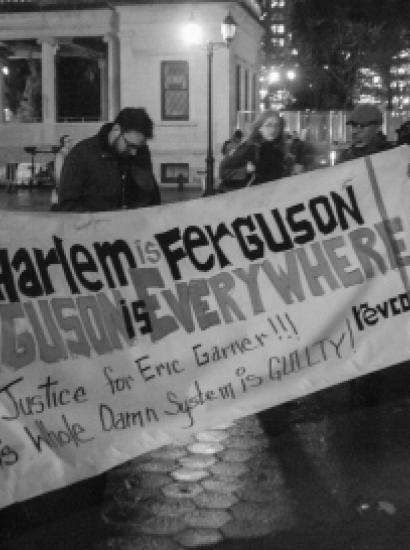 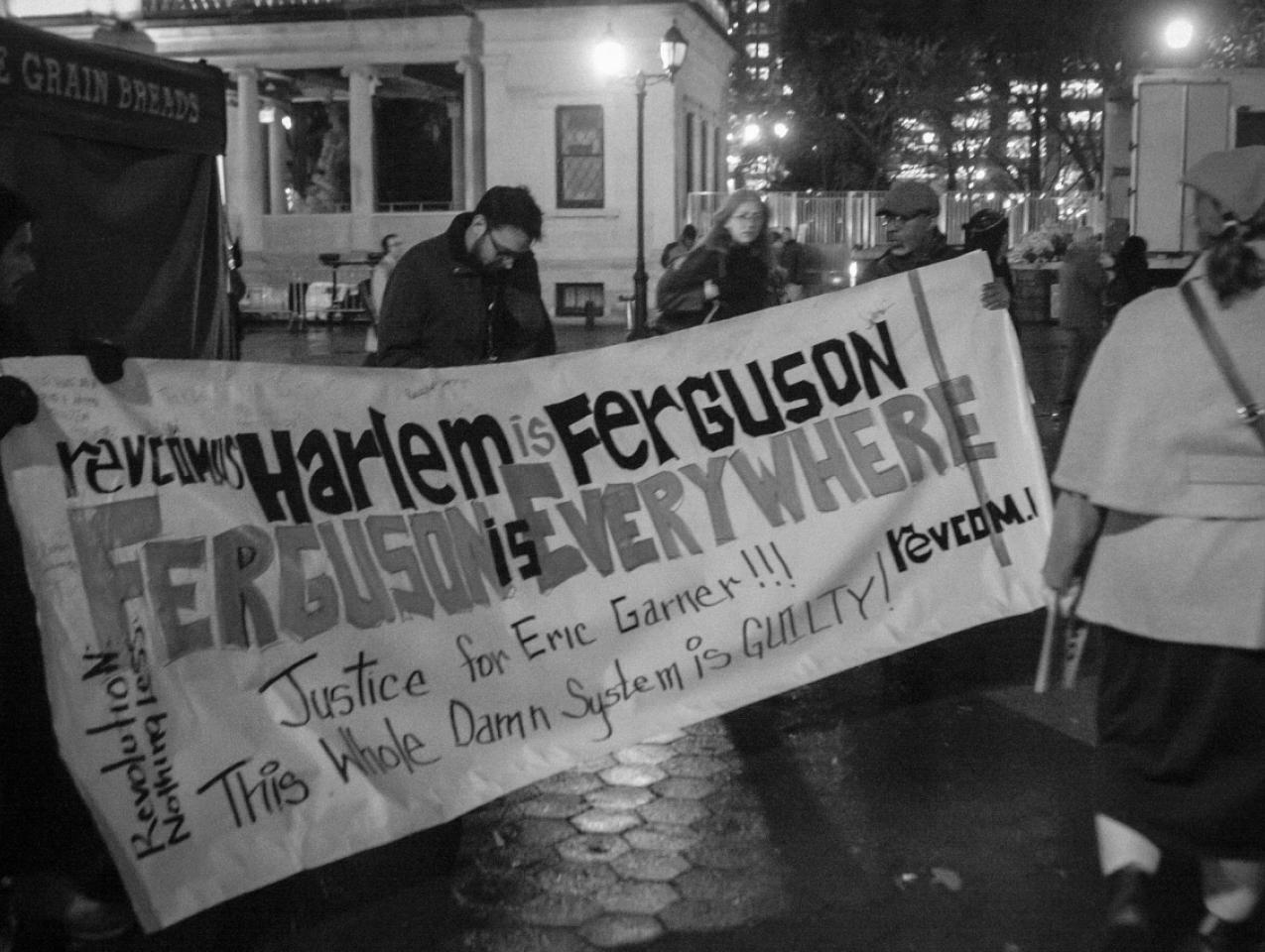 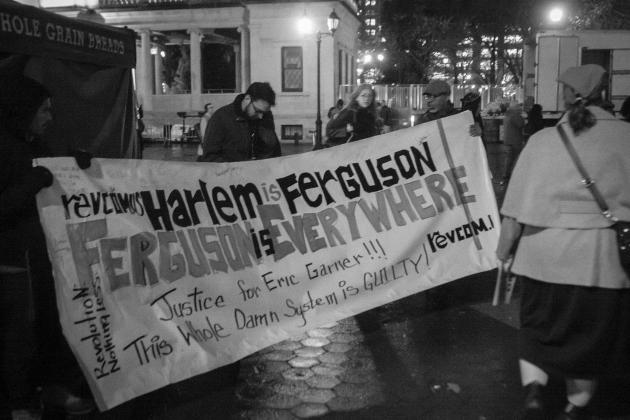 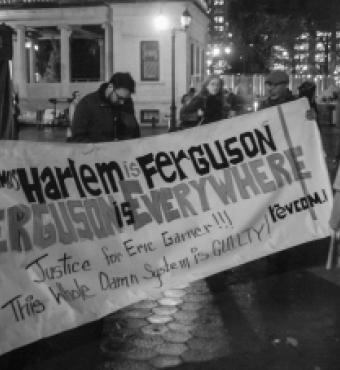 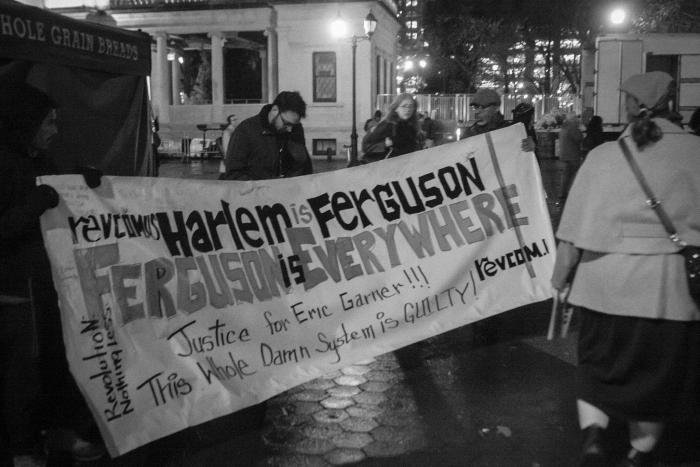 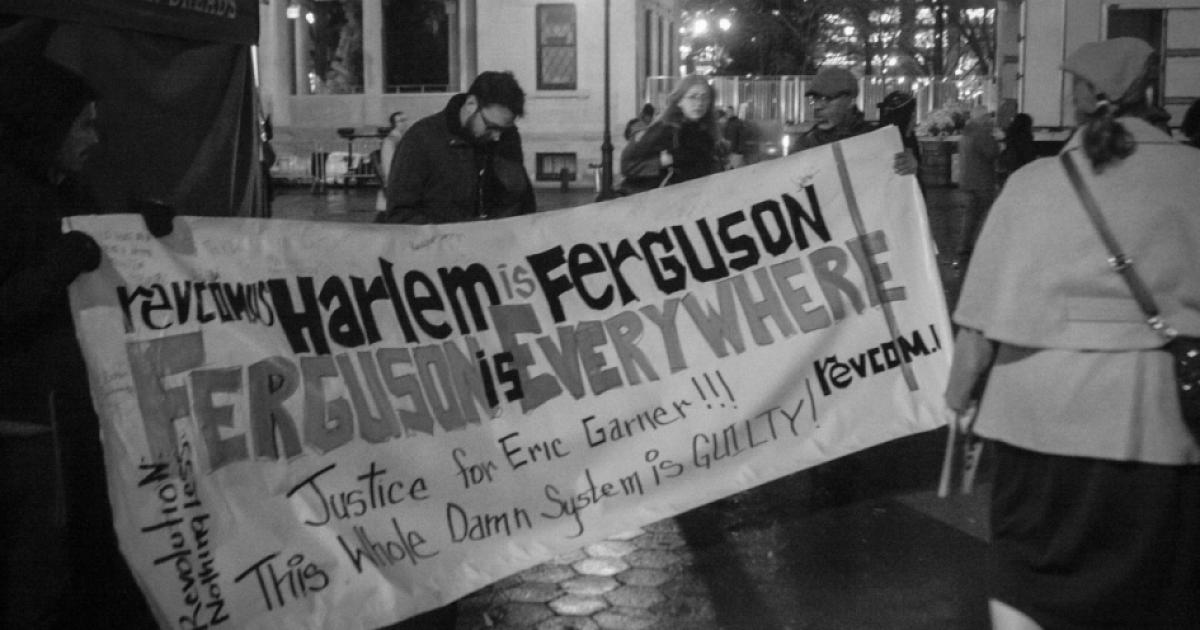 For the past two years, I have taught a course in criminal procedure at the University of Chicago Law School. A key component of that course dealt with police behavior leading up to an arrest. In the class, I pointed out that relations between the police and the public have improved from the bad old days, and that much of the credit should go to the increased professionalization of police departments in controlling police abuse.

The reason for this change is that it is never possible to effectively control the operation of thousands of individual police officers by ex-post interventions through the criminal justice system. What was needed was a strong police management team that sought out hotspots before they erupted, in order to create a culture in which police self-discipline would eliminate many of these problems before they occurred.

In retrospect, my explanation seems hopelessly naïve. In the eyes of most people, recent events in Ferguson and New York City have torn that picture to shreds. The common spark in both cases was the refusal of a grand jury, after extensive hearings, to indict police officers who were involved in the killing of unarmed black men—Michael Brown, age 18, in Ferguson and Eric Garner, age 43, in New York City.

As I have indicated, on balance I thought that the case against Wilson did not warrant any kind of indictment. In the Garner case, the pictures of several officers on top of a helpless man, with officer Daniel Pantaleo applying what surely looks like a chokehold, suggests a different story. But here, too, the full show of pictures makes the account somewhat less clear than the final images suggest, given how quickly the use of force to overcome resisting arrest could lead to the use of force in self-defense.

But even after making those allowances, the sight of several men piling onto one person who is calling out “I can’t breathe” is damning enough to support, certainly at the level of probable cause, a claim of excessive force, for which an indictment for manslaughter seems appropriate, even if the probability of a conviction is far from certain once the full defense is offered. It is also highly likely that he will be subject to a civil suit for wrongful death by Garner’s family, which will raise many of the same issues.

The harder question by far is what kind of institutional response is appropriate to deal with situations like these, where the level of public distrust and outrage threatens to preclude rational discourse. Ironically, the place to start is by recognizing that the somewhat rosy account I defended in class is still true. As Radley Balko wrote in the Washington Post: “Most criminologists believe that today’s police departments are more professional than ever before,” which is not to say that more cannot be done to make them better.

The first step is to figure out what can be done now. One powerful suggestion is to make sure that police officers are equipped with cameras that allow for the recording of all confrontations with ordinary individuals. The usual protocol is for the cameras to transmit a constant stream of images to a central base, which are retained for a minute or less unless the officer activates the device, at which point the recording is preserved, including for some period prior to activation.

A reform of this sort should reduce the level of uncertainty in evaluating unfortunate confrontations, which in turn makes it easy to conduct investigations on police conduct after the fact. Of greater importance, however, is that the prospect of camera recordings could introduce a virtuous circle in police and civilian interactions. Once a police officer knows that his or her conduct is now being recorded, there is a strong, quiet, and insistent incentive for police officers to behave in lawful ways. Once suspects know that their conduct is also being recorded, they are less likely to provoke discord. Certainly knowing these videos can be reviewed after the fact will lead to better conduct at the start of the interaction. As best as I can tell, there is no reasoned opposition to this procedure, now that the cost of its implementation has dropped sharply.

Nor do we have to stop there. Tying cameras to guns and other police weapons could improve the quality of evidence still further. Probably, in the few altercations that do occur, it will turn out that the police have behaved properly. Recall that right now, in the vast number of cases, police conduct is beyond reproach even in the shooting of suspects, many of whom posed a clear and present threat to the officer or to others in the community.

Indeed there is no reason to restrict cameras to police officers. The use of security devices more generally also has a huge positive return in preventing or investigating terrorist attacks and other types of crime. The privacy concerns related to such cameras require that effective steps be taken to make sure that access is restricted to cases in which they are needed, for which some showing of their relevance to some ongoing investigation should be required. But these privacy concerns, although real, are on balance second-order considerations that can be handled by developing rules, including in some instances requiring court orders in order to access the material in question.

Yet at the same time, even the tapes are subject to differences in interpretation. After all, the Staten Island grand jury saw the same tapes as everyone else, and came out the other way. If the tapes were as obvious as we think, why then was the grand jury presented with a huge amount of additional evidence to put them in context? In dealing with this issue, one constant refrain is that the police should never be able to blame the victim no matter how egregious the conduct that led up to the harm. But whenever self-defense, provocation, or resisting arrest are on the table, there is no way to avoid tracing these rapid and confused interactions to make a judgment about the police behavior.

The legal system has all sorts of bright-line rules, of the sort that I have long championed under the banner of Simple Rules for a Complex World. It is critical to note, however, that the purpose of the many bright-line rules is to keep people from crashing into each other. These rules work in the huge majority of cases, but in the few cases where one party steps out of line, there is no simple rule that tells the other party how best to respond to the unanticipated threat.

The legal system invokes the standard of “reasonable and in good faith” because that turns out to be the only feasible way to impose some constraint on the behavior of parties who have been put at risk by the conduct of others. The criminal law involving the use of force is not exempt from this inescapable problem. Sadly, this basic insight helps explain why it is so difficult to generate institutional reforms that will bleed all hard cases out of the system. Zero failure rates are the stuff of fiction, not reality.

Right now there are, for example, about 35,000 police officers in New York City, and they are drawn from diverse populations that mirror in substantial part the population that they serve. One strong functional justification for this diversity is that it increases the probability that the police will gain legitimacy in the eyes of the population at large. That signal achievement really matters, because good relations can reduce both the likelihood of dangerous interactions and their severity. One reason why the intense overreaction, consciously hearkening back to the civil rights protests of the 1960s, to the killings of Eric Garner could backfire is that it could undermine that level of intangible trust that is needed to make New York City work.

In the midst of all the endless turmoil over the Garner killing, it is easy to overlook the simple fact that the crime rate in New York City is down. The number of murders in New York City is on schedule to fall to a 50-year low, a 15 percent decline from 140 to 120, which means 20 lives saved. Much of this improvement is attributable to more rapid medical response times, an institutional reform that everyone can favor. The unnecessary loss of any one life is tragic. But by the same token, a saving of dozens of unidentified lives through successful policing efforts should be regarded as a great institutional achievement—one which has gone unnoticed in the current discussions.

The good news does not stop here. The decline in crime has not been confined to murder. For example, week-to-date figures for November 17 to November 23 show only 4 murders in 2014 as against 7 murders in 2013. There has also been an overall crime rate decline of 17 percent for major offenses. It is also good news that the number of police deaths in the line of duty is down to a record low of 27, so far this year.

All of these institutional gains can be put at risk by an effort to treat one questionable decision by one grand jury as evidence of total institutional breakdown. Yet that risk is now with us, for it is clear that the protests against the decisions in Ferguson and New York have not stopped with peaceful demonstrations but have all too often resulted in arson and violence in the very communities that have been hardest hit.

It is unclear whether Mayor Bill de Blasio helped matters when he speculated out loud that he and his wife Chirlane have had to warn their son, Dante, “to take special care in any encounter he has with the police officers who are there to protect him.” And further: “There are so many families in this city who feel that each and every night. Is my child safe? And not just from some of the painful realities—crime and violence in some of our neighborhoods—but is safe from the very people they want to have faith in as their protectors.”

In one sense, his candor is admirable in a time of racial stress. But in another sense, his remarks can be read to carry with them the implication that the dangers from crime violence and from the police are equally great, which they are not. Now that the Mayor has announced the details of his police retraining program, his outspoken condemnation of the grand jury verdict has provoked a pitched confrontation with Patrolmen’s Benevolent Association President Patrick Lynch, who has pointedly accused the Mayor of throwing a man whom Lynch called a “model” police officer “under the bus” during his recent press conference.

This public bickering threatens to kill the “buy in” from rank-and-file officers whose cooperation is needed to make any reform work. Any changes imposed from above can be stymied by systematic resistance from below if the police think that they are being used as scapegoats for some larger set of social ills. It is not enough for a long list of public officials to say that the police officers have done their work honorably and well, when they lambast the decision in the Garner case as evidence of deep societal rot. What is needed now is for the temperature to come down so that a serious process of collective deliberation can improve, and perhaps redefine, the relationship between citizens and their police.