The Wealth Of (Indian) Nations

Many reservations are mired in poverty even though they sit on vast stores of natural resources. 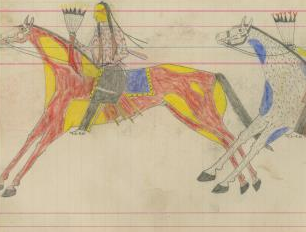 The Wealth Of (Indian) Nations 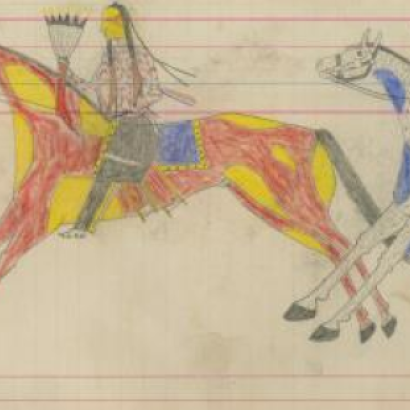 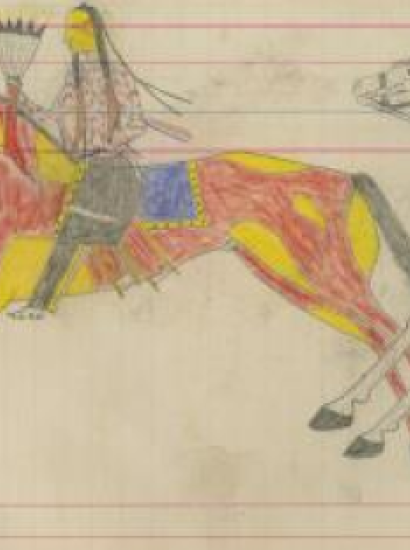 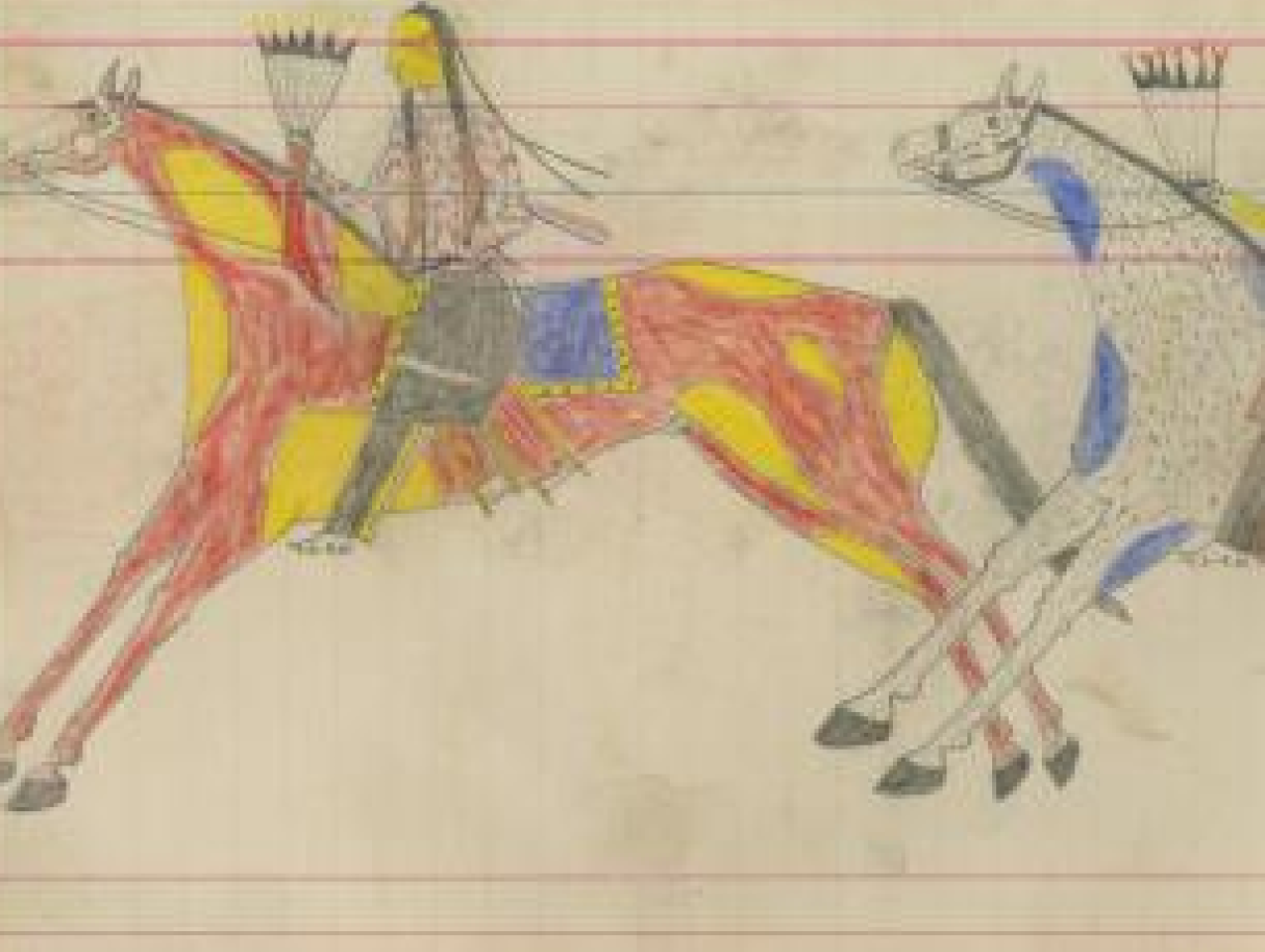 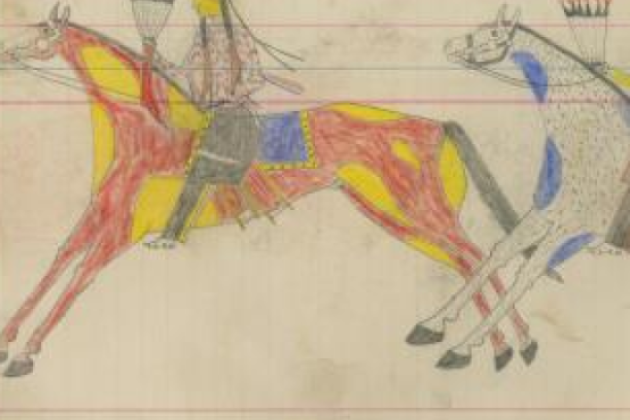 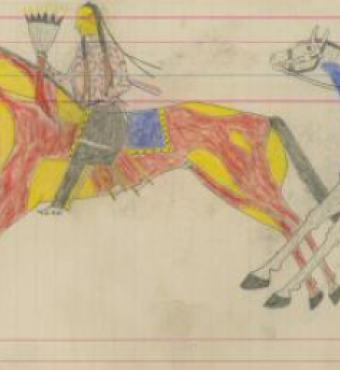 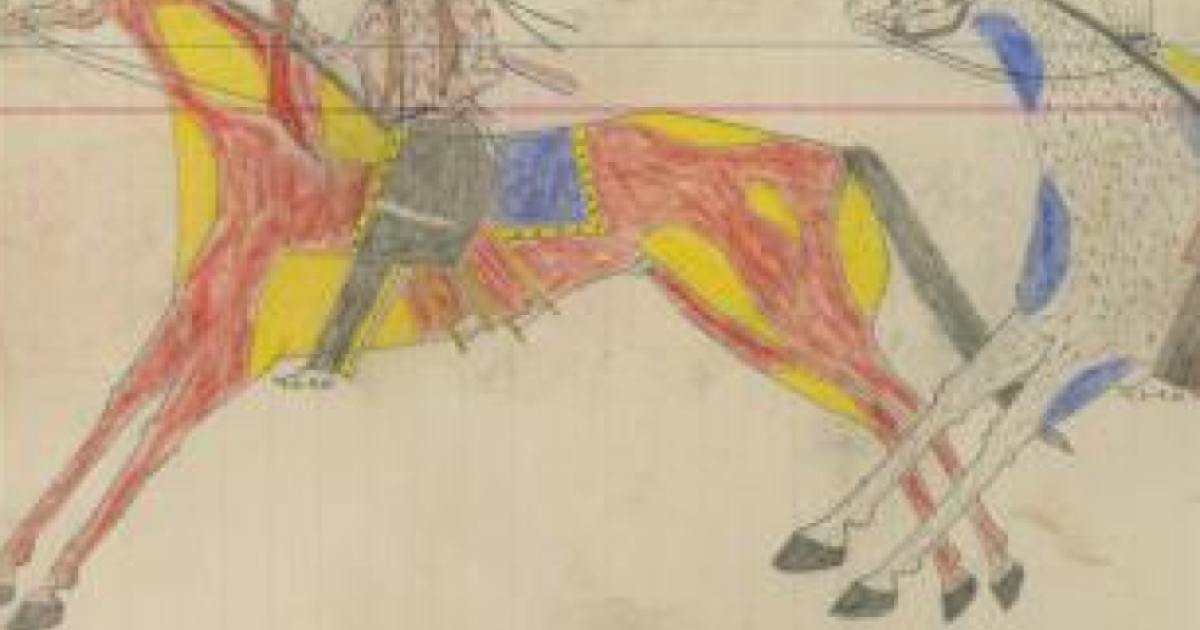 If you ever venture onto an Indian reservation, other than to a fancy casino, you will be struck by the poverty and lack of economic development. Housing is typically substandard, businesses are small if they exist at all, and infrastructure is poor.

Digging into the statistics, you would find that average household income on reservations was 68 percent below the U.S. average of $53,657 in 2015. Twenty percent of the households made less than $5,000 annually compared to 6 percent for the overall U.S. population, and 25 percent of the population was below the poverty level compared to 15 percent for the nation as a whole. The suicide rate among Native American males aged 15 to 34 is 1.5 times that of the general population, the rate at which Native American females are raped is 2.5 times the national average, and the rate of child abuse on reservations is twice the national average.

Because reservations are scattered islands of poverty in a sea of wealth, the plight of 2.9 million American Indians—roughly the population of Kansas—is mainly ignored except by Washington bureaucrats. These bureaucracies, housed mostly in the Department of Interior, had 9,000 employees and spent approximately $2.9 billion in 2012. That amounts to one bureaucrat for every 322 Indians and $1,000 for every Indian. The Bureau of Indian Education alone spent $850 million in 2012 or $20,000 per Indian student compared to a national average of $12,400.

These bureaucracies and their spending have had little effect on the standard of living in Indian Country, so policy makers and Indian leaders call for more help from Washington.

But Ronald Reagan’s famous statement—“The nine most terrifying words in the English language are: I’m from the government and I’m here to help”—ring especially true in Indian Country. Indian Nations are poor today because they are shackled by a federal regulatory environment that dates back to 1934, when Congress passed the Indian Reorganization Act (IRA). The IRA locked Indian lands into perpetual trusteeship and solidified Supreme Court Justice John Marshall’s 1831 conclusion that the relationship between the federal government and Indians is that of “a ward to his guardian.” As guardian, the Department of Interior is trustee for Indian lands and resources. As trustee, it regulates land use, oversees leasing of Indian lands, collects revenue from Indian land leases, and distributes revenues back to the tribes and individual Indians.

The result is bureaucratic red tape that makes development virtually impossible. Consider what this means for the abundant energy resources in Indian Country. Reservations contain almost 30 percent of the coal reserves west of the Mississippi, 50 percent of potential uranium reserves, and 20 percent of known oil and gas reserves. The Council of Energy Resource Tribes, a consortium of tribes whose aim is to augment Native American control over energy resources, recently estimated the total value of these resources at nearly $1.5 trillion.

Energy development on reservations could lead to jobs for people with the highest unemployment rates in the country, in some cases over 50 percent. For instance, on the Blackfeet reservation in Montana, drilling a single oil well resulted in 49 new jobs for the tribe, and each of its members received a $200 royalty payment in 2013. From its oil and gas reserves, the Blackfeet tribe has collected around $30 million in leases and bonus payments. Not surprisingly, Ron Crossguns, from the tribe’s oil and gas department, doesn’t think outsiders should tell the tribe how to manage its energy resources: “It’s our right. We say yes or no. I don’t think the outside world should come out here and dictate to us what we should do with our properties.”

The Blackfeet reservation is not alone. The Southern Ute Tribe in Colorado owns and operates five energy companies and invests its energy revenues in a growth fund estimated to be worth $4 billion. Today, the tribe’s 1,400 members are each worth millions and receive dividends every year from the growth fund.

Beyond these energy resources, tribes also have water, timber, fisheries, grazing lands, and recreational amenities that could help pull them out of poverty. And, of course, for some tribes, especially those in more urban areas, gaming has brought jobs and income.

But these tribes are in the minority. The vast majority of Indian reservations remain mired in poverty, which begs the question: Why can’t they unlock their wealth potential? Is it because their culture is inimical to economic growth? Is it that their members lack entrepreneurial and technical skills?

The historical record suggests that these are not the reasons for poverty in Indian Country. As tribe member and law professor Robert Miller notes, “Contrary to what most Americans believe, individual and family entrepreneurship is not a new concept to Indian cultures.” Before the arrival of Europeans, the more sedentary Indians of the East had well-defined tribal and individual property rights to land, and invested in making land more productive. Pacific Northwest tribes invested in weirs to catch salmon on their upstream migration and sustainably harvested salmon to increase populations. Pueblo bands in the southwest developed sophisticated irrigation systems to cope with aridity. Even the more nomadic Plains Indians invested in “surrounds” into which buffalo were driven, and in stone walls miles long to drive buffalo over cliffs. Thanks to the ingenuity of their members, many tribes were able to build up a surplus of goods—to, in other words, accumulate wealth—and trade with other tribes.

A story from the Lewis and Clark expedition shows the propensity of Native Americans to trade. While the Corps of Discovery, as the expedition was called, spent the first winter of 1803 in a Mandan village (now North Dakota), the blacksmith among them made trade axes and used them to barter with Indians for food, horses, and artifacts. Months later, when the expedition reached the Pacific Coast, they were surprised that one of the axes had beaten them there, having been traded between Indians many times across the plains and mountains. In the words of Adam Smith, Indians had the “propensity to truck, barter, and exchange.”

If culture and entrepreneurship are not the impediments, what is the key to reservation growth? My book, Unlocking the Wealth of Indian Nations, makes the answer clear—Indian Nations suffer from poverty and unemployment because they lack property rights to their land, and they lack the rule of law necessary to attract the capital investment necessary to stimulate reservation economies. With the bulk of their natural resources held in trust by the Department of Interior, tribes have little authority to do as Ron Crossguns said: “we say yes, we say no” to development. Moreover, assets held in trust cannot be used as collateral to back investments in housing, businesses, or infrastructure improvement.

A lawsuit filed in 1996 by Blackfeet tribe member Elouise Cobell, alleging that the agency had mismanaged and even lost funds, illustrates how incompetent the Department of Interior is as the guardian on Native Americans. Her claim became a class-action suit for 500,000 Native Americans in which the department was accused of losing nearly $200 billion. Imagine the culpability of any trustee that might lose such an enormous amount of its “ward’s” assets! The case finally settled in 2009 when the plaintiffs were awarded $3.4 billion, a mere fraction of the mismanaged assets.

Making matters worse is the fact that the Department of Interior regulations dictate that individual Indians lands generally pass in equal shares to all heirs, creating what is called “fractionation.” Economists Jacob Russ and Thomas Stratmann document that small parcels of land, many less than 100 acres, have hundreds and in some cases even thousands of individual owners. Imagine the problem of getting that many of your brothers, sisters, uncles, aunts, and cousins to agree on how the land should be used. As a result, lands often sit idle or generate a small fraction of their value.

In addition to federal trusteeship, the lack of a rule of law on reservations thwarts capital investment in Indian Nations. Because tribes are considered sovereign nations, many have their own judicial systems separate and apart from the states in which they reside. Because tribal courts often do not follow jurisprudential rules taken for granted outside reservations, they discourage capital investment and credit markets on reservations. Writing for Forbes, John Koppisch quoted an officer of a local lending institution near the Crow Reservation in Montana: “We take on such a huge extra risk with someone from the reservation. If I knew contracts would be enforced, then I could do a lot more business there.” As a result, when reservations with independent courts are compared to those whose civil disputes are adjudicated in state courts, per capita income for Indians on the latter reservations was 35 percentage points higher than the former. Hence, a stronger rule of law on reservations could contribute significantly to helping Indian Nations rise out of poverty.

The late Nobel Laureate and Hoover Senior Fellow Douglass C. North understood better than most the ingredients for economic growth. He noted that the growth recipe includes freedom and property rights “supplemented by leadership and investment in knowledge in order for Native Americans to escape the tragic consequences of the reservation system.” By combining these ingredients, Native Americans can rise out of poverty and have the dignity they deserve.

Editor’s note: This essay is based on the recently published book, Unlocking the Wealth of Indian Nations, edited by Terry L. Anderson.