Welcome to the End of the Process

Speaking to reporters in August, President Trump said he would likely wait until after the Israeli elections in September to unveil his peace plan for Israel and the Palestinians. Although this plan has been long in the making, with the exception of the proposal to allocate investment funds to the Palestinian territories and neighboring countries, its details have remained unknown; and that’s a good thing. 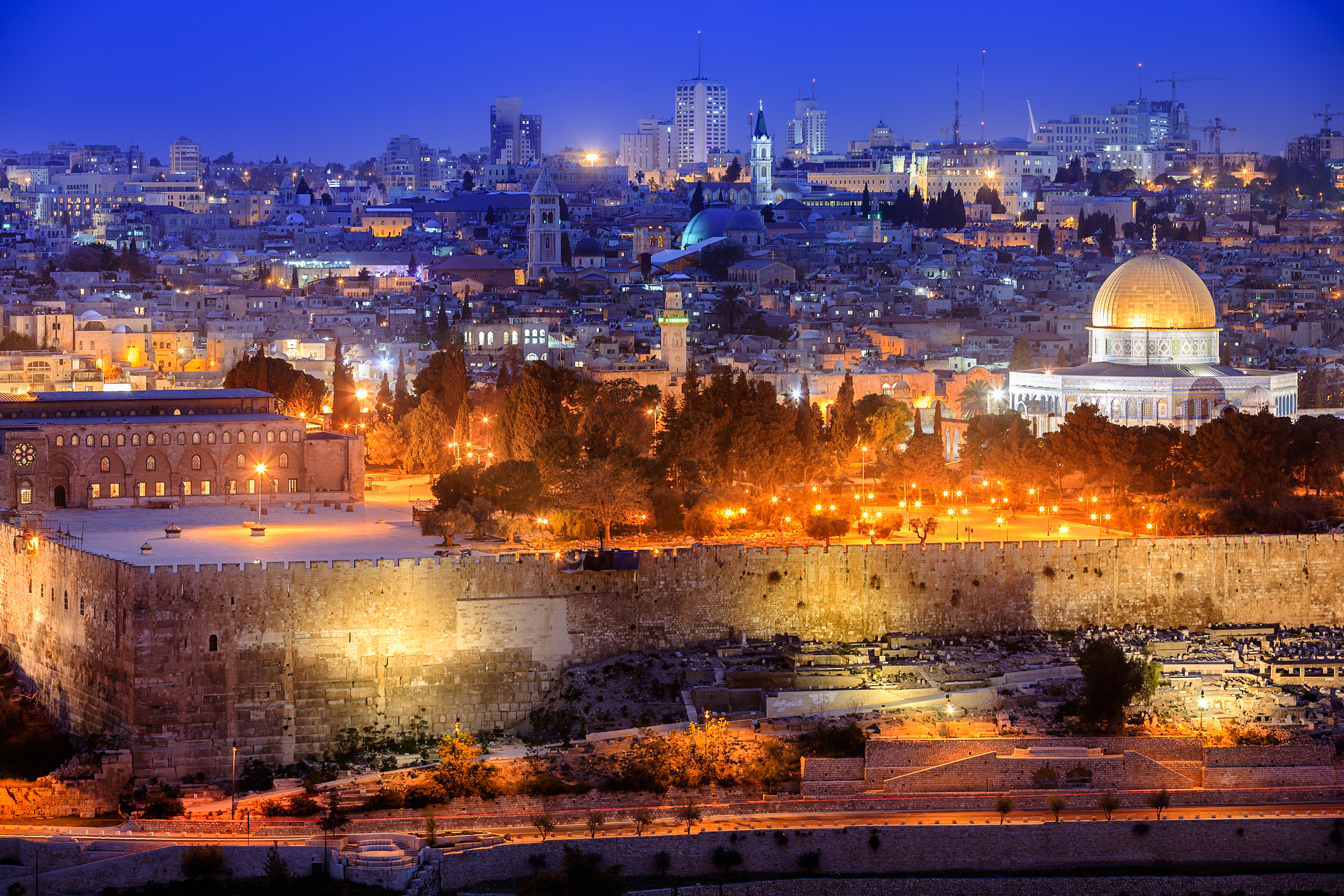 Welcome to the End of the Process 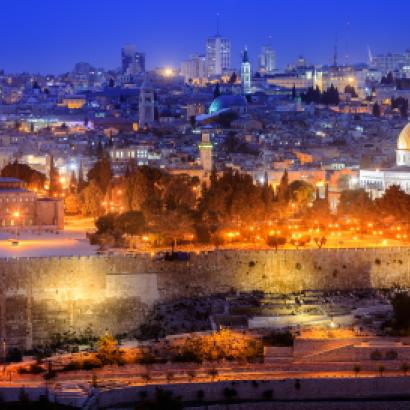 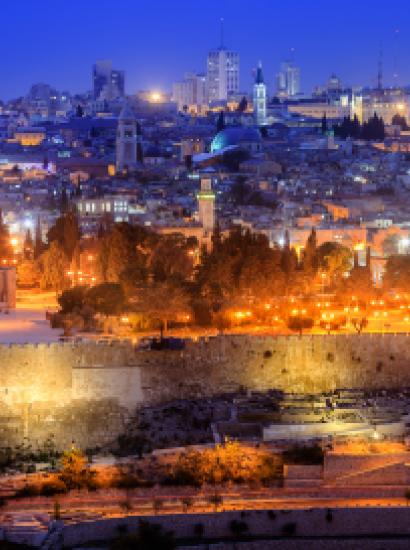 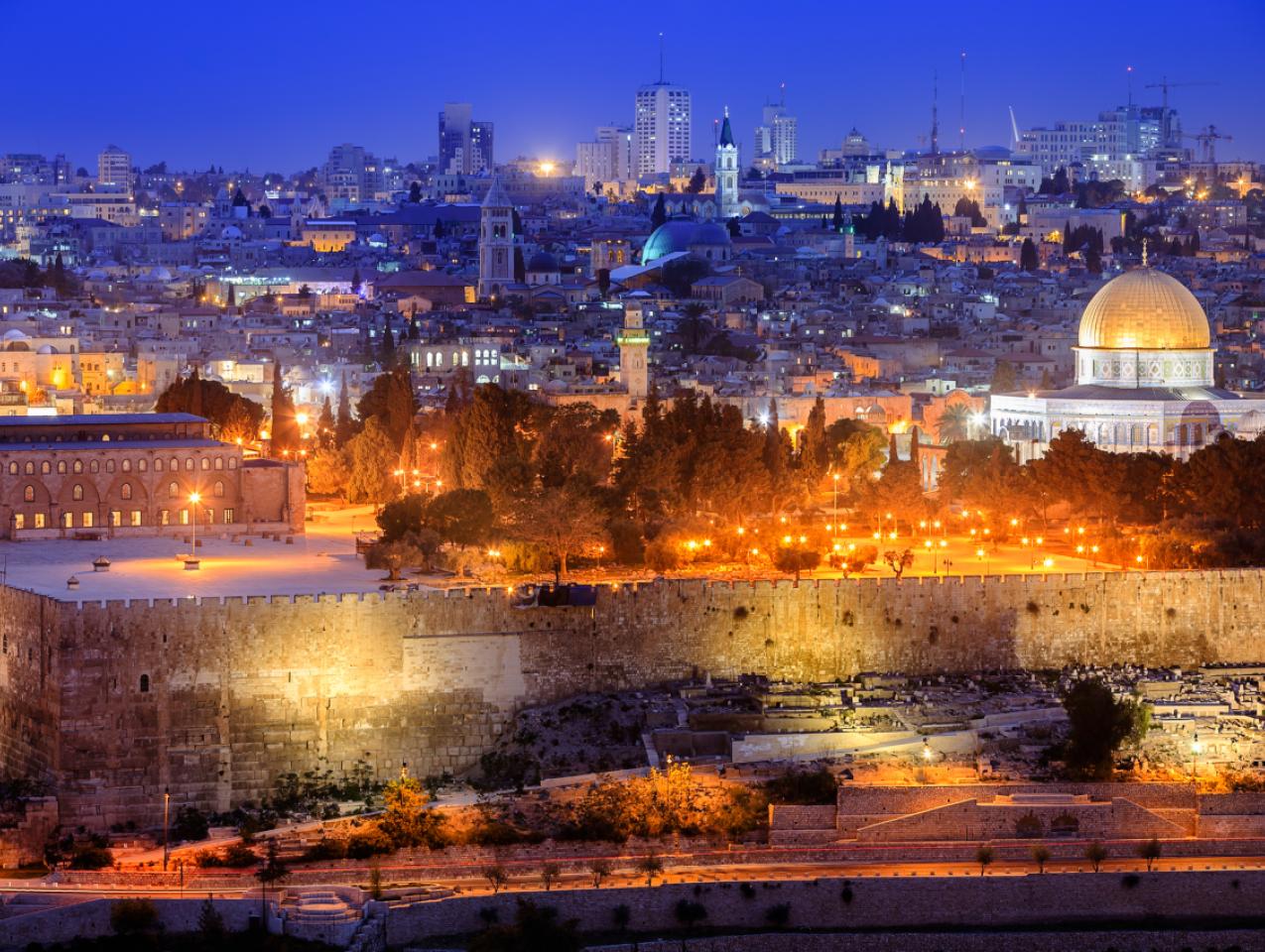 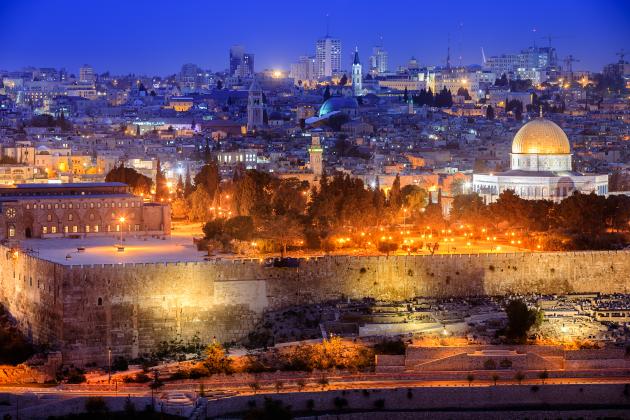 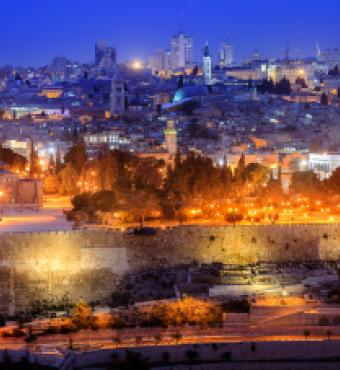 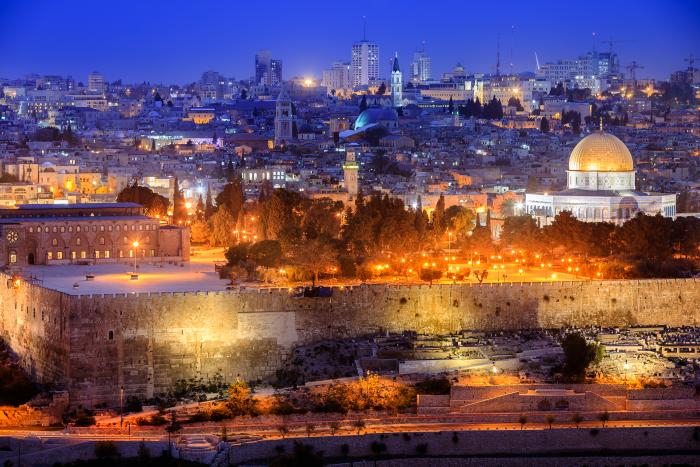 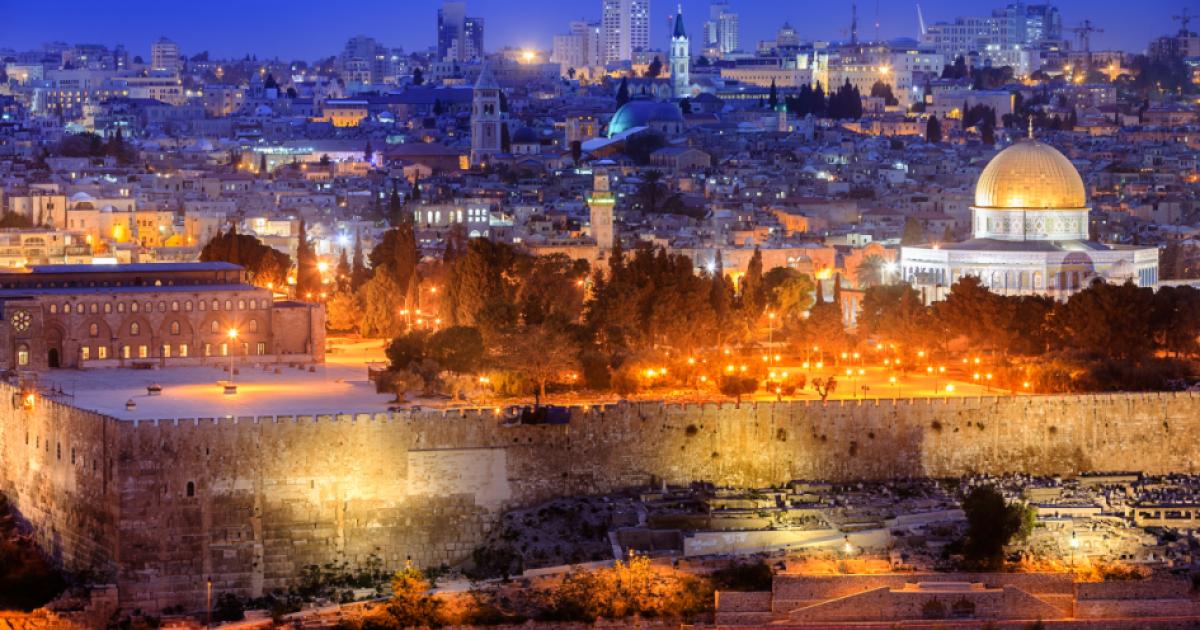 Speaking to reporters in August, President Trump said he would likely wait until after the Israeli elections in September to unveil his peace plan for Israel and the Palestinians. Although this plan has been long in the making, with the exception of the proposal to allocate investment funds to the Palestinian territories and neighboring countries, its details have remained unknown; and that’s a good thing. A peace agreement between the Israelis and the Palestinians is the “toughest deal of all,” the American president remarked. Perhaps. It also might be, in and of itself, the least relevant. In fact, progress on this front is as low a priority for America in the Middle East as you can get. The real interest for the United States lies elsewhere. The Trump administration appears to recognize this reality full well, as the steps it has taken so far suggest.

The decision to turn peacemaking between Israel and the Palestinians (and, alongside them, on and off, the Syrians) the focus of American policy in the Middle East is a relatively recent development which dates back to the end of the Cold War. The move reflected a shift away from sound geostrategy which focused on the real states of the region in the context of Great Power competition with the Soviet Union. After the fall of the Soviet Union, US policymakers believed things would now fall into place in the Middle East, and the region, too, would enjoy the “peace dividend.” Ignoring the region’s own geopolitical energies, the post-Cold War period has centered instead on the non-strategic, fragmented polities of the Levant. This marked the birth of the “peace process” industry, which was a centerpiece of US regional policy from the 1990’s onward.

During the Cold War, the “peace process” referred to a particular geostrategic move which had nothing to do with the Palestinians. Rather, it referred to negotiations between Israel and Egypt. Since the Six Day War, Israel’s value as a powerful American ally had been growing steadily in a region awash with Moscow’s clients. This included the Palestinians, whom the US viewed, rightly, as proxy groups of the Soviets or of their Arab clients, like Libya and Iraq. The objective of the peace process, namely in the period following the Yom Kippur war to 1979, was to complete Egypt’s move — an actual state with regional influence — out of the Soviet orbit.

After the Cold War, the peace process took on new meaning, as it became untethered from its original geostrategic context and function. Instead, US policymakers convinced themselves the conflict between Israel and the Palestinians was the central dynamic preoccupying and driving the behavior of regional states. Therefore, US policymakers believed, achieving peace between Israel and the Palestinians was the strategic priority in the Middle East. It became a self-evident truth that everything depended on resolving this conflict and on giving the Palestinians their own state. The issue was one of technical details, concerning the borders of this future state.

Linkage made Israeli peace with the Palestinians (and, at other times, the Syrians) the key to the advancement of US interests in the region. It grossly inflated the importance not just of the Palestinians, but also of the fractured Levant. Moreover, linkage made US policy, as well as increased Israeli cooperation with US-allied Arab states, hostage to the maximalist demands of the most radical elements of the region, namely Iran and the Assad regime, who continued the historical practice of using the Palestinians as instruments to further their regional objectives.

From a somewhat different vantage point, the Obama administration also viewed the Palestinians as a useful instrument in a wider geostrategic play. The Obama administration used the peace process, especially the issue of Israeli settlement building activity, to pressure Israel as then-President Obama realigned American interests in the Middle East with Iran. In its final days in office, the Obama White House took this realignment to its logical conclusion by orchestrating the passage of UN Security Council Resolution 2334 in late December 2016. The resolution calls upon all states, “to distinguish, in their relevant dealings, between the territory of the State of Israel and the territories occupied since 1967.”

By orchestrating the passage of this resolution, the Obama administration effectively gave US endorsement to the rejectionists’ maximalist position on the 1967 lines. Aside from knifing Israel on the way out, President Obama also sought to tie his successor’s hands.

This gambit has proved a failure as the Trump administration has taken the polar opposite approach. Even as his administration’s plan remained under wraps, President Trump implemented measures that not only have desanctified the 1967 lines, but also largely taken them off the table. Namely, President Trump moved the US embassy to  Jerusalem and recognized Israeli sovereignty over the Golan Heights.

The President’s actions were accompanied by a parallel effort in Congress. In particular, Sen. Ted Cruz has moved to hollow out UNSCR 2334, especially the core language about distinguishing between territories Israel controlled before and after June 1967. Cruz spearheaded an early Congressional push to recognize Israel's sovereignty over the Golan, has engaged in official trips to East Jerusalem, including and especially around the new embassy, and introduced language funding joint US-Israeli research projects across the Green Line.

The elements of the Trump administration’s plan which have been rolled out could also be read as undercutting a key component of the rejectionist position: the so-called “right of return” for Palestinian refugees in neighboring Arab countries. At the “Peace to Prosperity” conference, which the administration organized in Bahrain in June, White House senior adviser Jared Kushner presented a plan to invest $50 billion in the Palestinian territories and in Egypt, Jordan and Lebanon. While the investment aims to encourage “Strengthening Regional Development and Integration,” it also might suggest an incentive to turn the page on the “right of return” fantasy. At any rate, this ought to be the US position, thereby putting an end to American indulgence of Palestinian maximalism, which the Obama White House chose to sign onto with UNSCR 2334.

As of now, there’s no information on the proposed shape or nature of the Palestinian polity. In July, the US Ambassador to Israel David Friedman pointedly spoke of “Palestinian autonomy” and self-governance, but shied away from any talk of Palestinian “statehood.” The history of the Levant, from ancient times to the present, is full of such polities acting as buffer or vassal states for larger neighboring powers. To be sure, the existing arrangement between Israel and Jordan in the West Bank is the only thing preventing that territory from becoming an Iranian satellite, more or less like Gaza, the Iranian outpost between Israel and Egypt.

This, after all, is the main point of the entire exercise. President Trump’s approach returns the issue of the Palestinians to its real size and function in the Levant as well as in US policy in the region. It readjusts America’s focus away from the fractured Levant and back on a sound geostrategic approach centered on the states on the Levant’s outer rim.

Bearing this in mind, the US cannot allow itself to be sucked into the irrelevant minutiae of the “peace process” enterprise and such fictions as “state institutions” in the Levant — already a proven failure in Iraq and Lebanon, where the state institution-building chimera has only strengthened Iran’s position.

Instead, the path forward for the US is to continue to strengthen Israel’s position as a security pillar in the region while shoring up the US-allied Arab states and fostering closer cooperation between them and the Israelis against Iran. Key to this effort is the dismantling of the central tenets of the rejectionist position, namely the 1967 lines. This would not only nullify the Obama administration’s attempt to realign the US position, but also would make it all but impossible for that legacy to be revived in the future.

What matters for the US in the region is to consolidate its state alliance system to contain Iran and its assets. Progress in peace talks with the Palestinians is a matter of far less concern.