The California political establishment has passed the Fitzgerald Intelligence Test – that’s the author F. Scott Fitzgerald, who in 1936 had this observation: “The test of a first-rate intelligence is the ability to hold two opposing ideas in mind at the same time and still retain the ability to function." 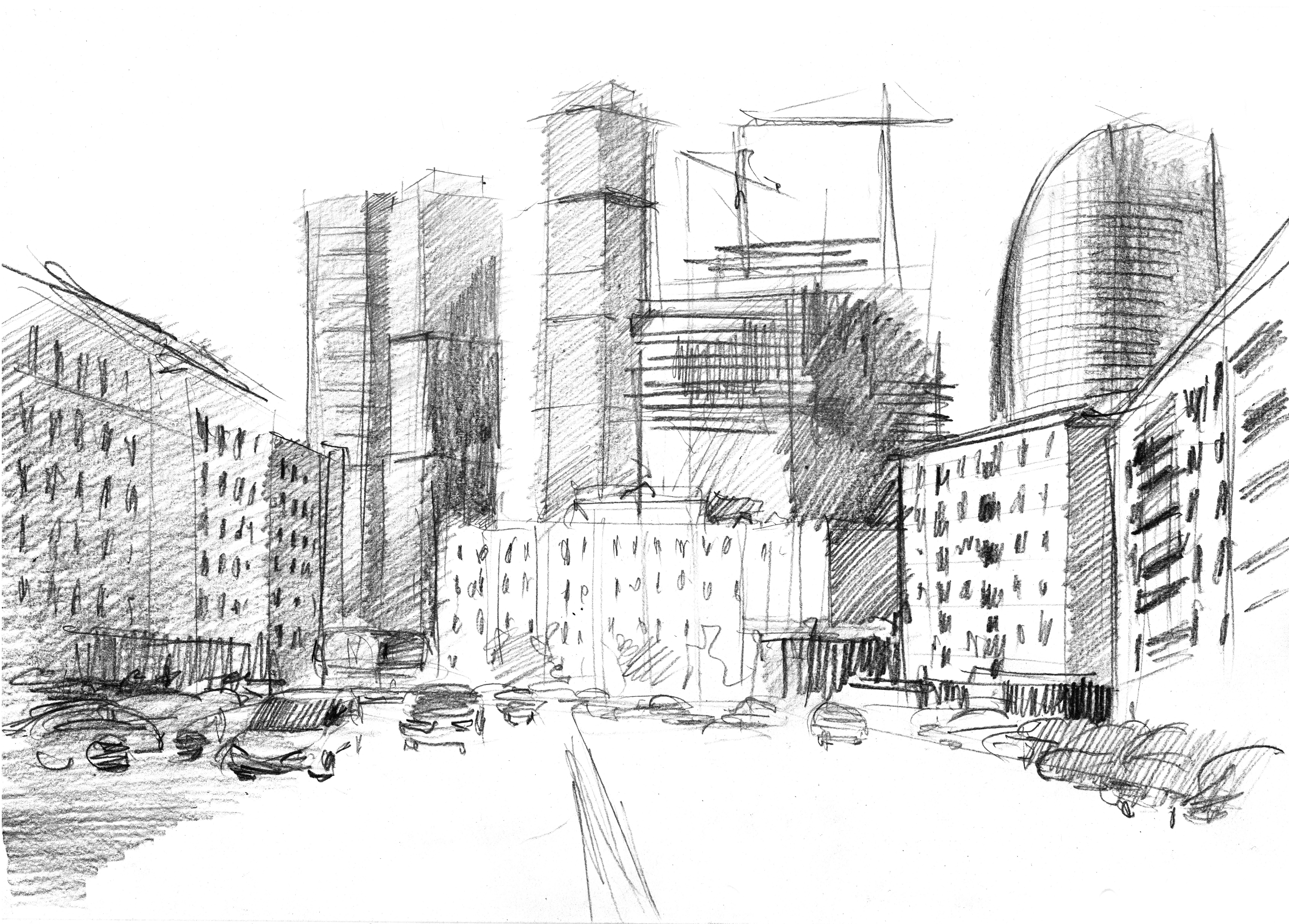 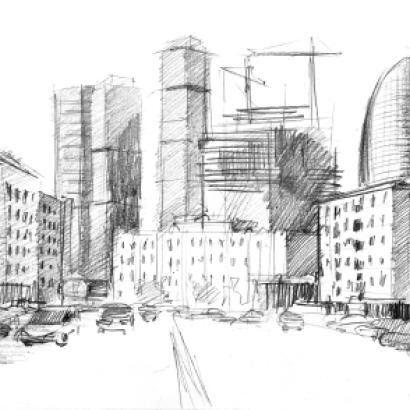 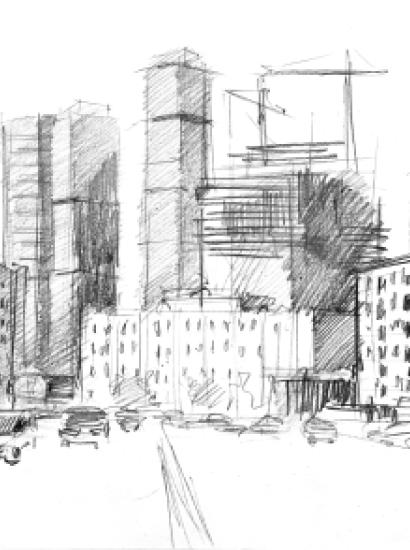 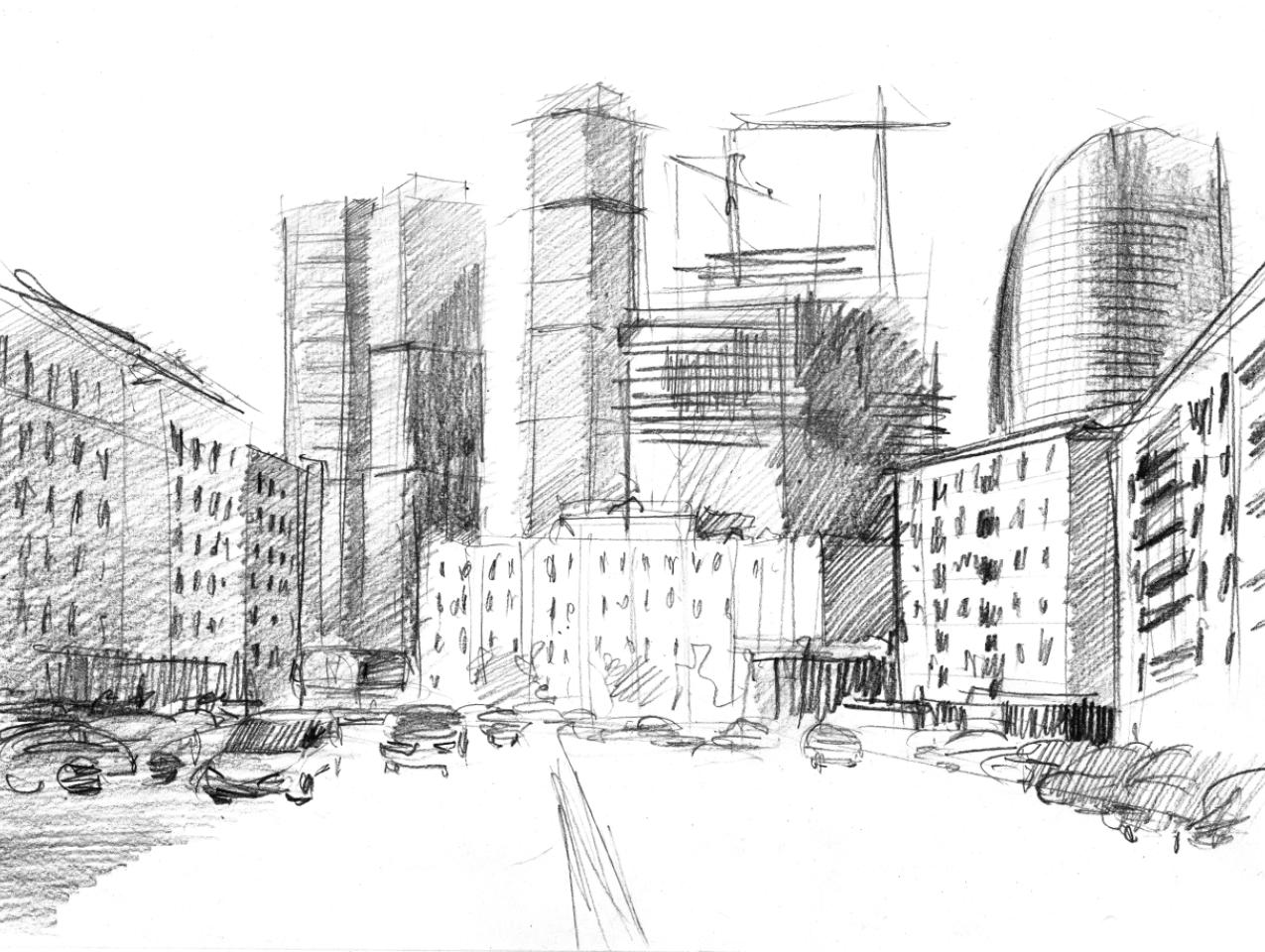 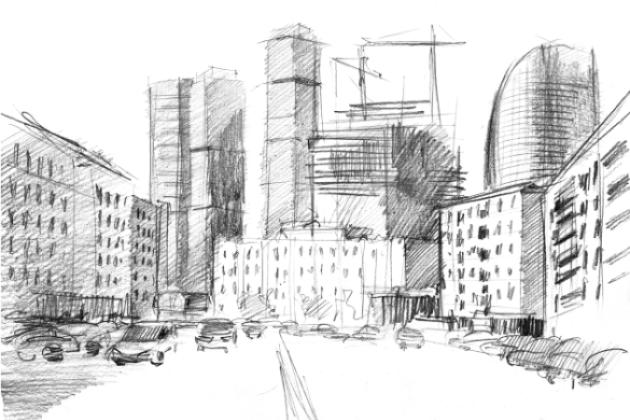 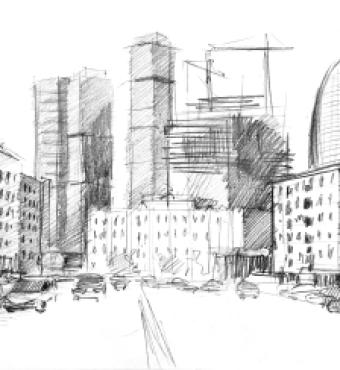 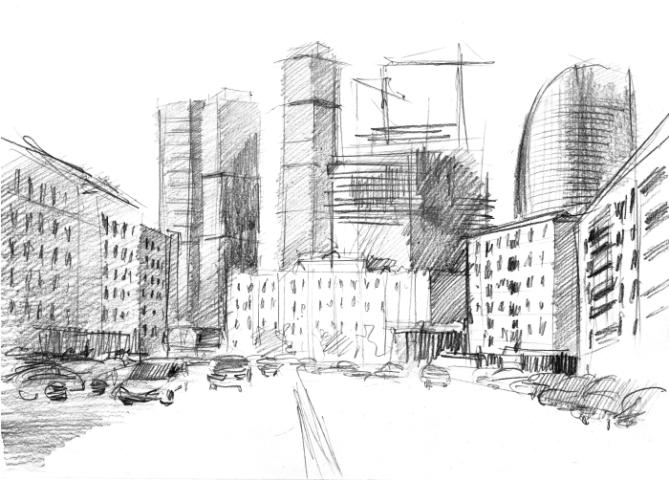 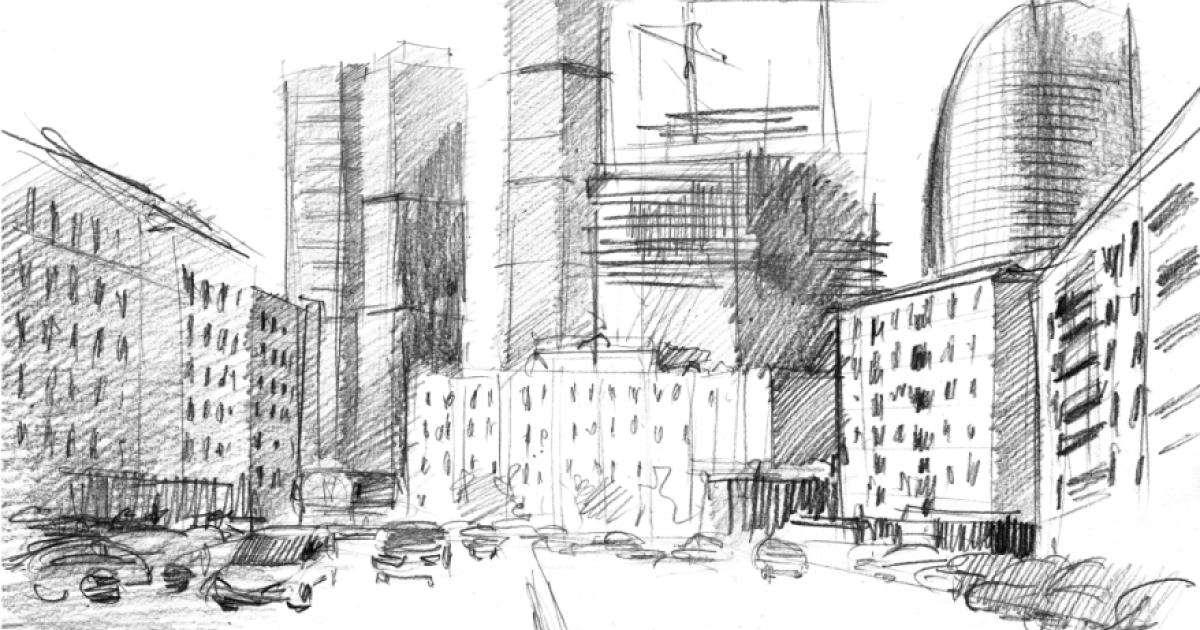 The California political establishment has passed the Fitzgerald Intelligence Test – that’s the author F. Scott Fitzgerald, who in 1936 had this observation: “The test of a first-rate intelligence is the ability to hold two opposing ideas in mind at the same time and still retain the ability to function."

In California, that would be the ability to decry income stagnation, wealth inequality, and an embarrassing poverty rate – turning to minimum wage hikes, high wealth taxes, and housing subsidies for solutions.  And, at the same time, supporting multiple avenues for the powerful or the clever to insist on their own vision of a “quality of life,” manifesting as extraordinary litigation tools, exclusionary zoning, and underinvestment in public infrastructure.

On at least one of the front lines of the war on poverty, extreme deference to stakeholders may be a bigger obstacle than constrained government budgets or income inequality. Take, for example, the “wealth gap.”  Since 1980, wealth of the top 1 percent has more than doubled, whereas the rest of society has seen its wealth grow by 15 percent.

In California, much of the wealth gap can be explained by the high cost of housing, especially in the metropolitan areas of the state where most of the population lives and the jobs are created. In 2013, the cost of housing in San Francisco was nearly triple the national average; it was double the average in Los Angeles and San Diego. Eight of the ten most expensive cities to rent are in California – led by Palo Alto, San Francisco and Cupertino.

According to the nonpartisan LAO, the fundamental reason for California’s high housing costs is that “not enough [housing] exists in the state’s major coastal communities to accommodate all of the households that want to live there.” To accommodate growth and dampen prices, the LAO suggests that California would have to build as many as 100,000 housing units a year above the 100,000 to 140,000 we build today. And most of those units should be in coastal communities – just the areas where more and denser development is the most difficult.

The Milken Institute reports that the lack of affordable housing in California is chasing away young talent. In its words: “In the last 20 years California has seen an exodus of almost four million people to other U.S. states. Most of those leaving were young families, the group most likely to become first-time homebuyers.” The bottom line: California is becoming a less attractive place to live and work – if you’re not wealthy. 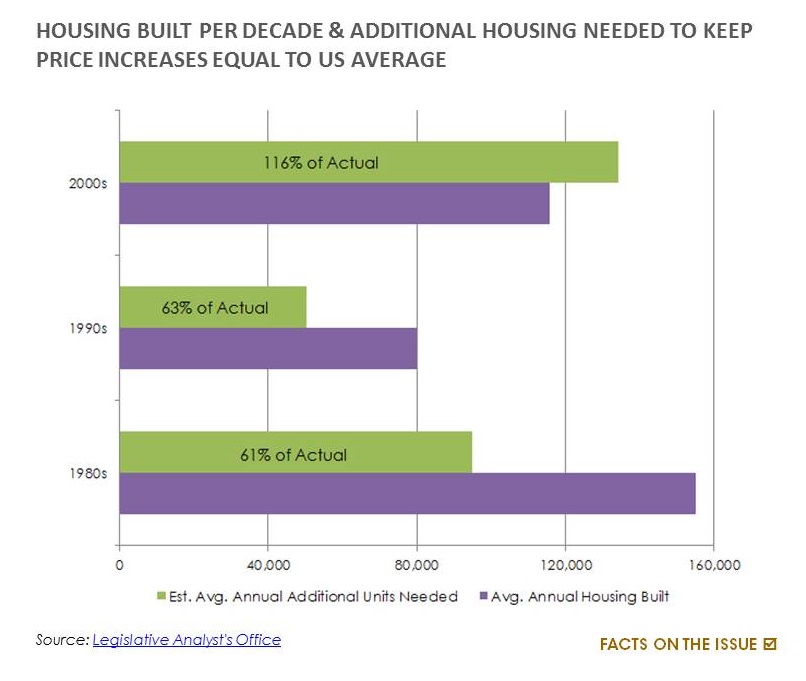 What’s preventing new housing development? The usual suspects in California: litigation, regulation, and underinvestment in infrastructure.  And the notorious offender: the private right of action in the California Environmental Quality Act (CEQA), which provides an easy litigation path to almost anyone who wants to block a development project.

The majority of projects held up by CEQA litigation are infill developments (rededicating land, usually open space in urban areas, to new construction), which would intensify housing and commercial opportunities in California’s metropolitan areas – those most in need of housing for job seekers. The most frequent type of project held up is a mixed-use development of housing and commercial activities.

Over the past two decades a strange alliance of NIMBYs (anti-development types who live by the credo “not in my backyard”), environmental organizations, and labor unions seeking leverage over construction projects have strangled numerous reforms to raise the bar to CEQA. CEQA is an equal opportunity tool for abuse, however. Even businesses use it to undermine their competitors.

But more insidious than CEQA is the refusal of cities to increase density to create housing markets suitable to accommodate job seekers. In one form or another, major cities along the coast employ density limits to constrain the height or intensity of housing within their borders. The beneficiaries are incumbent landlords and wealthy residents; the victims are low-income or aspiring renters who spend a high (and rising) proportion of their incomes on rent.

Higher densities are absolutely necessary in the San Francisco Bay Area to overcome expensive land costs. Yet this hasn’t been the case – along the Bay Area peninsula, cities with the greatest job demands are issuing the fewest housing permits. Over the past decade, San Mateo and Santa Clara counties have increased their housing stock by only 4 and 9 percent, respectively. That’s far below their rates of population growth, never mind job growth. Indeed, most new home construction in the Bay Area is in the poorer areas – leading to social dislocation for current residents and a gentrification backlash against newcomers – or outlying regions – further from job centers. 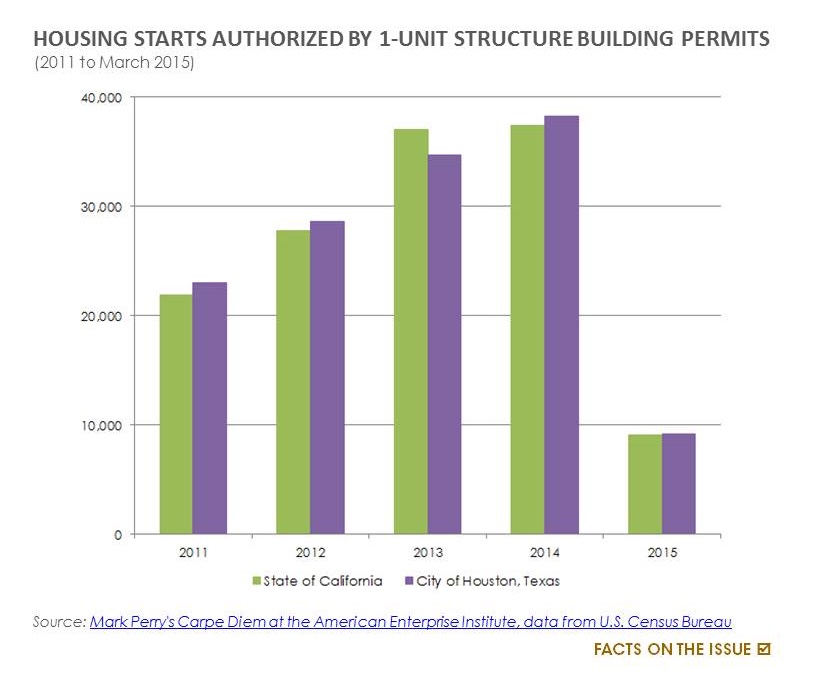 A diminished financial commitment to public infrastructure is the third force pushing up the cost of housing. Roads, sewers and water supply are the lifeblood of new and infill neighborhoods. But competition from other government interests, such as employee pensions and health annuities, are starving new financing for public works. In addition, the state is threatening to back away from its historic partnership with homebuilders and local government to finance school construction in growing areas. Cities will not approve new housing if school facilities will not be there to serve the new families.

Neither “smart growth” nor public subsidies have solved California’s housing crisis because the solution does not arise from more regulations or wealth transfers. The shortest path to more supply and affordability is to redirect public investment into public works and drain the litigation and regulatory swamps that provide the institutional support for the exclusive enclaves created in coastal California.

For California, a visionary housing policy is itself a transformational policy for upward mobility and social equality.