California farmers who cultivate the nut are thriving, but the left smells trouble. 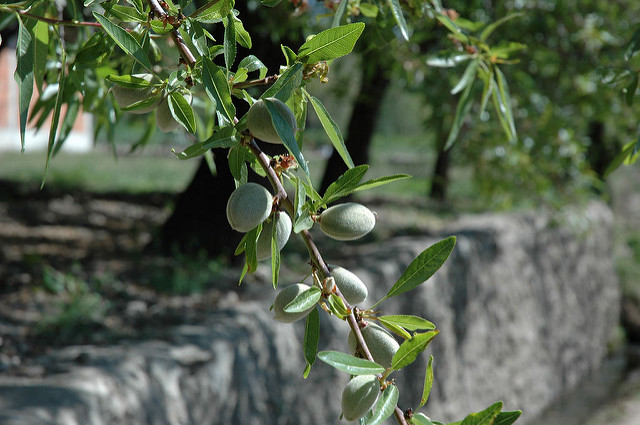 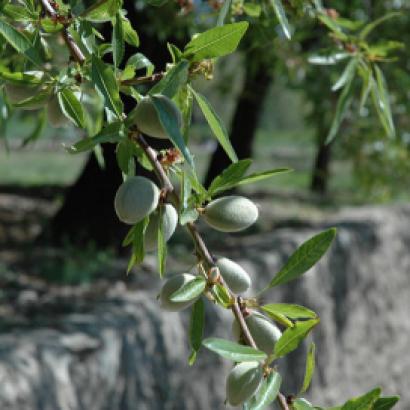 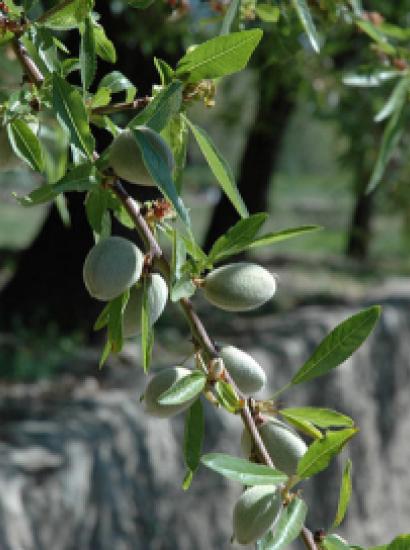 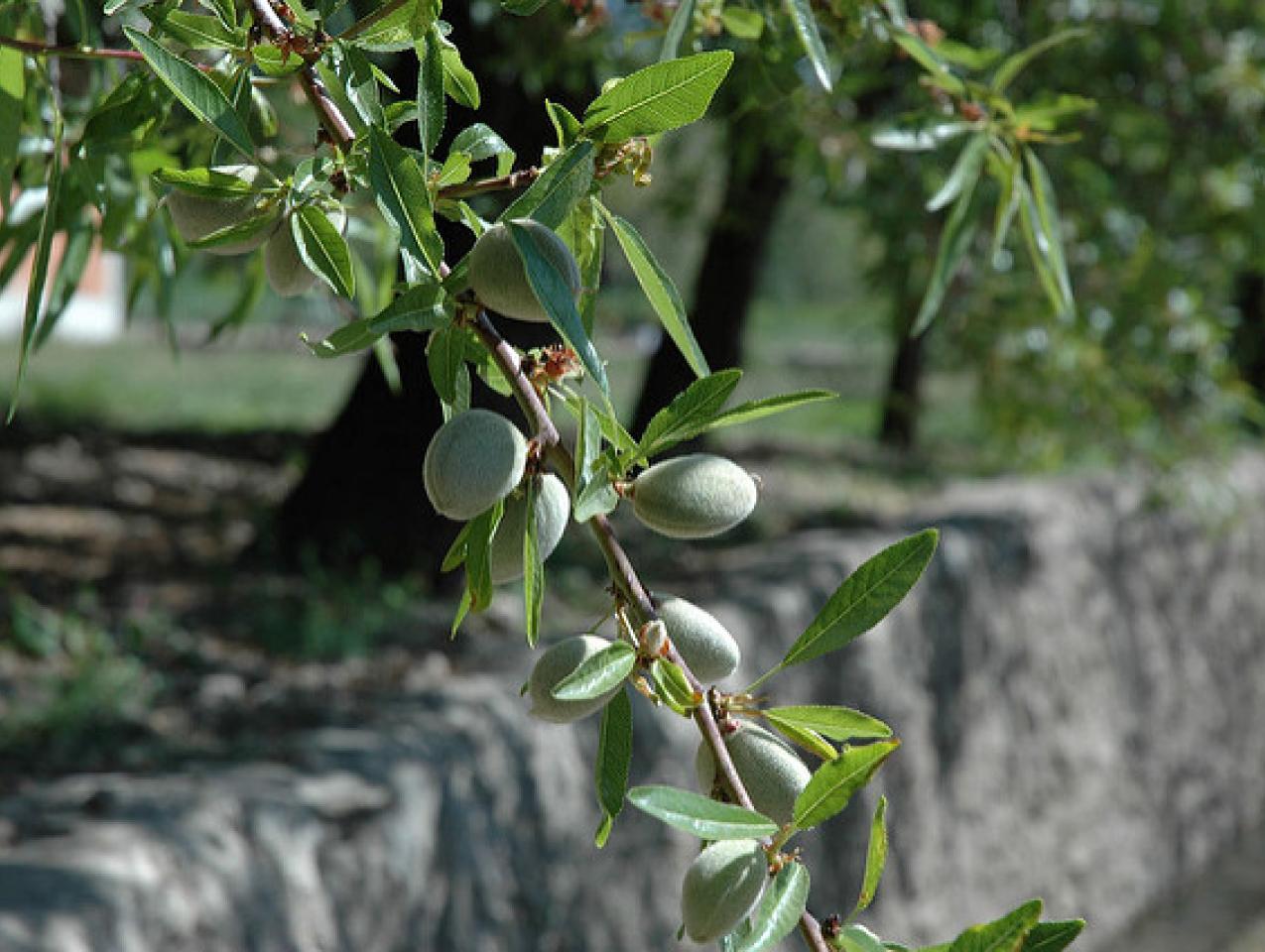 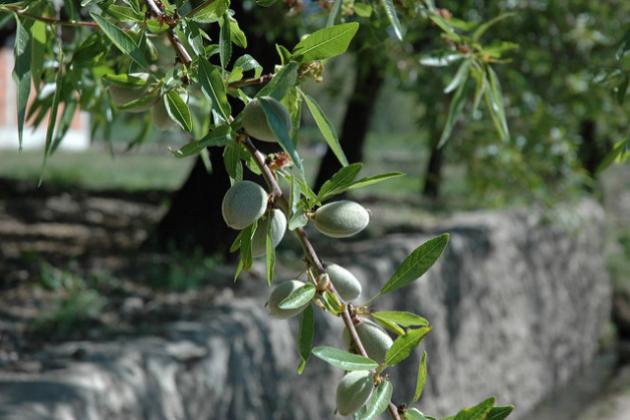 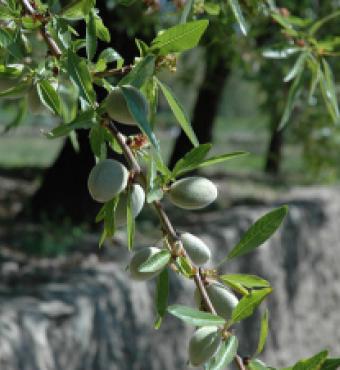 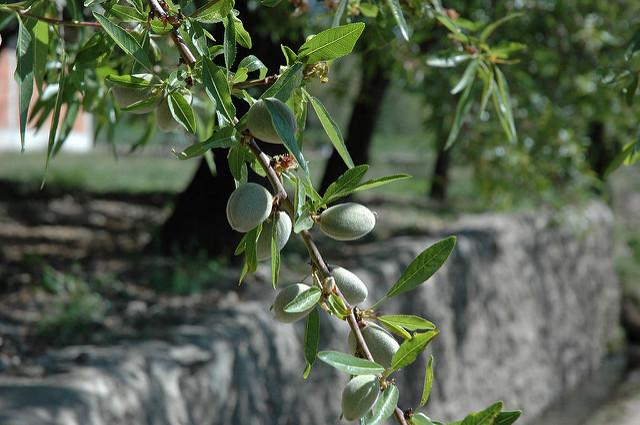 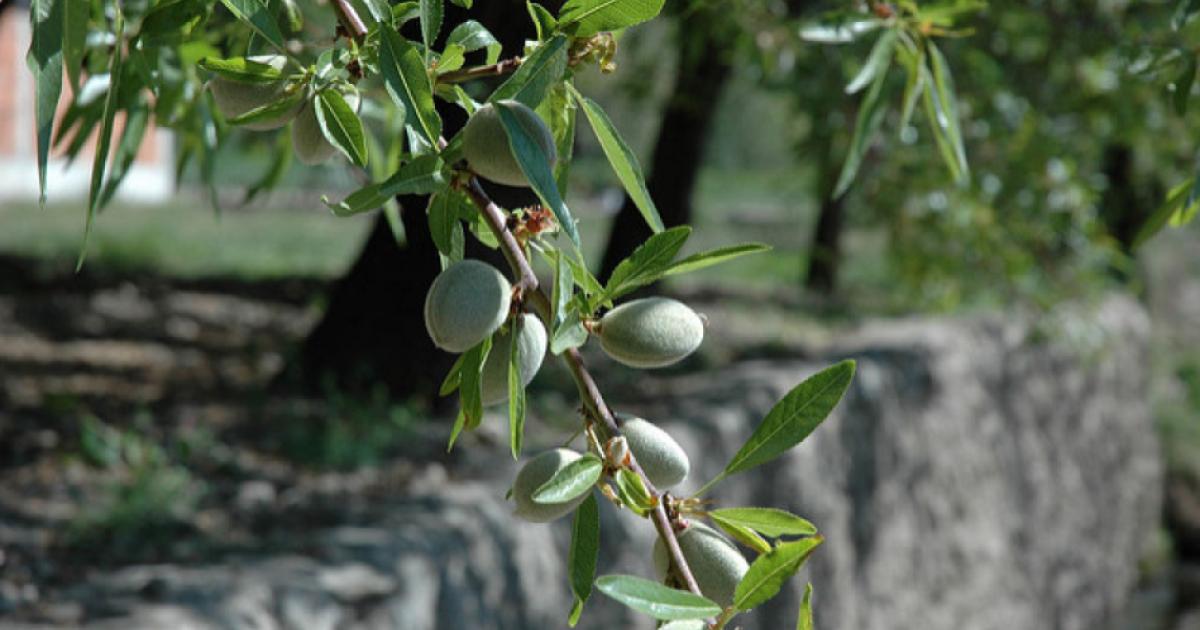 By the beginning of 2016, there were over 1 million acres in California planted with almonds—now the largest crop in the state. To get an idea of how much acreage that is, imagine a single swath of orchard, running north to south from San Francisco to San Jose, and east to west from the 101 freeway to the Pacific Ocean.

Currently, Californians are witnessing the most radical shift in croplands in their entire agricultural history, a change fraught with misunderstanding, controversy, and cultural and economic consequences.

What caused the frantic rush to convert irrigated farmland to almond orchards?

But strangely, the price should not have increased—given that, year by year, the supply of almonds has commensurately climbed to unprecedented levels. In the early 1960s, there were only about 100,000 acres of California almonds. By 2016, there was over ten times that acreage. Planting and growing almonds is also an expensive proposition in heavily regulated California that can cost well over $10,000 per acre over the three years required to see young trees reach initial production.

The vast increase in almond acreage has been accompanied by a steady increase in the production of nuts per acre, from around 600-700 pounds in the 1960s to well over 2,000 by 2015. Some newer varieties and young orchards often produce 3,000 pounds per acre. Last year, some talented growers of mature, vigorous orchards grossed somewhere between $8,000 and $12,000 per acre

How could such a huge increase in the supply of almonds—California now produces over 2 billion pounds a year—result in soaring commodity prices?

A perfect storm of events explains the anomaly. Ideal almond farmland is rare in the world. The tree requires a Mediterranean climate of brief, cold winters with enough chilling hours to ensure full dormancy (300-600 hours), and hot dry summers, as well as access to irrigation. Most countries either do not have the climate, the capital, the available acreage, or the water. The result is that California may produce 85 percent of the world’s supply of almonds this year.

More importantly, in the last twenty years, the almond industry has rebranded the almond as something far more than an edible nut like the pistachio or pecan. Almonds are sold diced, whole, seasoned, raw, and roasted. Almond milk, almond butter, and almond oil can be found on grocery shelves, and are popular thanks to health food fads like paleo and gluten-free diets.

Almond consumption has increased tenfold since the 1960s and overtaken the peanut as the most purchased nut in the country. The domestic market now accounts for about 1 billion pounds per year, roughly half the crop. U.S. health studies regularly cite the nutritional benefits of almond-rich diets that help protect from heart disease, Alzheimer’s, and cancer.

The other half of the crop goes overseas. The U.S. has now become the largest exporter of almonds in the world. As the range of processed almond products multiplied, so did importers with enough foreign exchange to pay for them. Europeans—Germans and Italians especially—remain voracious consumers of California almonds, but the greatest importer is now a newly affluent China. There are also strong sales in India, Japan, and South Korea.

As almonds sales, prices, and acreage all grew, so did the individual production per acre. Indeed, it tripled in a mere thirty years. How?

Largely through far more efficient drip irrigation, new disease- and insect-resistant rootstocks, improved almond cultivars, increased bee pollination, and advances in the use of fertilizers and herbicides. Unlike olives and pistachios, almonds are not particularly alternate bearing. And unlike grapes and soft fruit, they do not require heavy doses of fungicides and pesticides. Nor are they immediately perishable. Almond growers do not usually lose crops to a sudden rain or hail storm. The ripening crop does not suddenly rot when harvesting is delayed.

There are other reasons that explain the boom. Almonds, unlike plums, peaches, oranges, many grapes, and most other soft fruits such as strawberries, require almost no manual labor. Unlike most fruit orchards, there is no annual pruning of mature trees—and no thinning, little cultivation, and complete mechanized harvesting.

One or two operators can run various almond harvesters that shake, sweep, and collect what once required the labor of hundreds—and much more thoroughly and at a fraction of the time and cost. With complex labor regulations, steady increases in the minimum wage, and controversy over illegal immigrant labor, many growers would have yanked their peach orchards and raisin vineyards even without the hope of enormous profits, just to escape the tentacles of California bureaucracies.

Almonds and mechanization have also helped redefine illegal immigration as increasingly a non-farm challenge. Agriculture now draws upon the labor of about 20 percent of those here in the state illegally.

The almond price will probably have to crash well below $2 a pound to bust the almond boom. For now, almonds remain much cheaper an acre to produce than does the vast majority of California crops, perhaps costing as little as $2,000 to $3,000 per acre per year, ensuring huge profits at $4 a pound and a viable income at $2.

Should the great California almond boom be celebrated? Doesn’t it represent the growing prosperity of California farmers and rural communities following years of agricultural depression? Aren’t almonds a healthy and versatile food source that uniquely fit twenty-first-century tastes and diets? Isn’t the upsurge in production helping America win billions of dollars from trade?

Not to the left. Almonds have become its new bête noir. The nut is blamed for exacerbating the California drought, overtaxing honeybee colonies, starving salmon of river water, and price-gauging global consumers. Almonds may be loved by consumers, but almond growers, it seems, are increasingly despised in the media. In 2014, The Atlantic published a melodramatic essay, “The Dark Side of Almond Use”—with the ominous subtitle, “People are eating almonds in unprecedented amounts. Is that okay?” If no one much cared that California agriculture was in near depression for much of the latter twentieth century—and that almonds were hardly worth growing in the 1970s—they now worry that someone is netting $5,000 to $10,000 per acre on the nut.

It is almost too much to bear for a social or environmental activist that a corporate farm of 5,000 acres could in theory clear $30 million a year—without either exploiting poor workers or poisoning the environment, but in providing cool people with a healthy, hip, natural product. The kind of people who eat almond butter and drink almond milk, after all, are the kind of people who tend to endorse liberal causes.

As for almonds worsening the drought: The truth is that the nut uses about the same amount of water per acre as other irrigated California crops such as pasture, alfalfa, tree fruit, pistachios, cotton, or rice. In fact, almonds require a smaller percentage of yearly irrigation use than their percentage of California farmland calls for. Nonetheless, the growth of almond farming represents to many a greedy use of scarce collective resource.

Environmentalists claim they care about water scarcity, but they caused the cancellation of the construction of key dams and canals of the California Water Project and Central Valley Project. They also cut off millions of contracted acre-feet of irrigation water and diverted it during a drought for largely failed efforts at fish restoration.

And yet, they grew furious that almond growers kept planting almonds and making money by drilling deeper wells and pumping the aquifer. Stopping dams, restoring scenic rivers, and diverting water to the sea were supposed to make Californians live within their means in a pristine nineteenth-century paradise—overseen by select green stewards. Almond growers got around all that—and often got rich in the process—in a manner that does not fit the usual progressive narrative of human or natural exploitation. That fact apparently drives lots of people crazy.

The almond boom certainly hinges on building more dams and canals to sustain the aquifer. Electrical power usage for pumping finite and declining ground water has soared, as gravity-fed surface water from the Sierra Nevada was diverted to the sea. Farms are getting even larger and more consolidated, as few family farmers can afford the steep costs to switch to almonds or the pricey machinery their cultivation requires. Farm laborers have less work. A devastating bust may well follow from land speculation and wild investor schemes based on specious ideas that almonds will continue to generate a profit of $4 a pound. Mono-cropping historically creates greater crop vulnerabilities.

These are legitimate issues. But they are not what put the great California almond boom in the news.