Why Europe Gets No Respect

The continent is ossifying into irrelevance.

Why Europe Gets No Respect 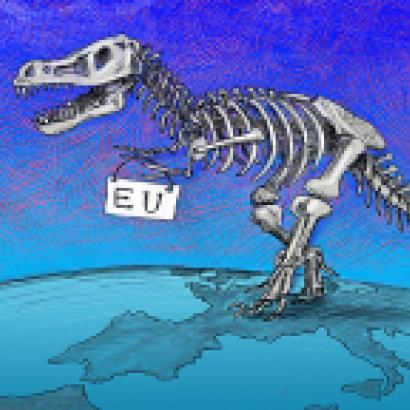 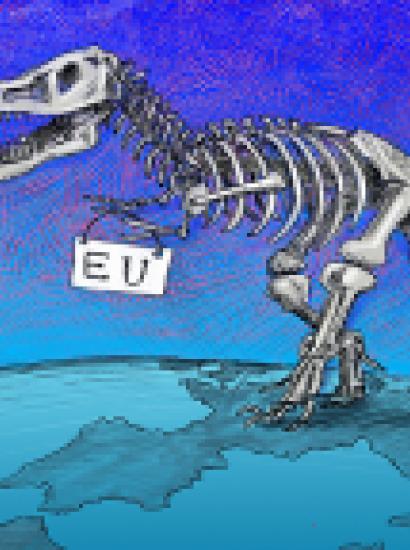 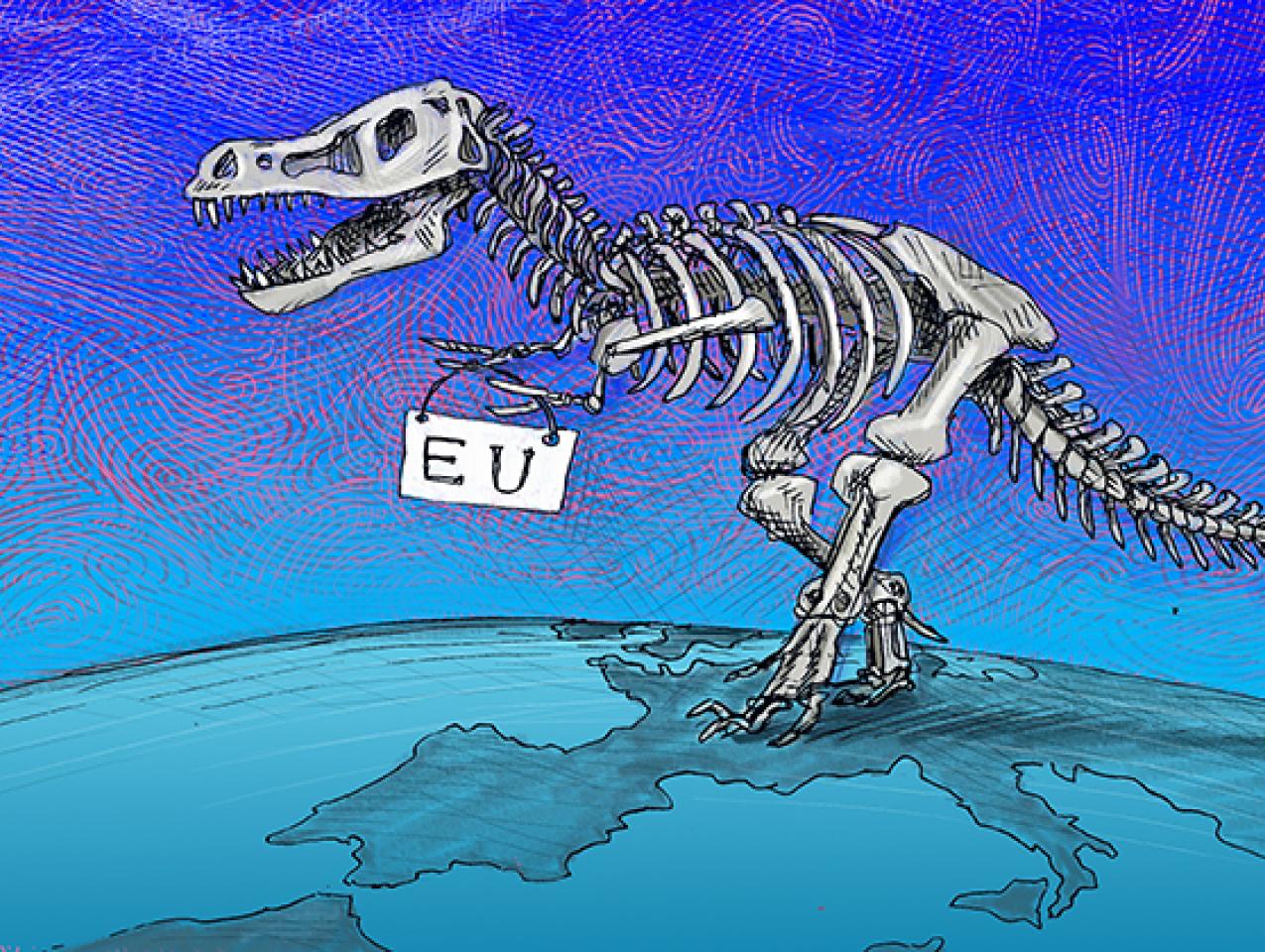 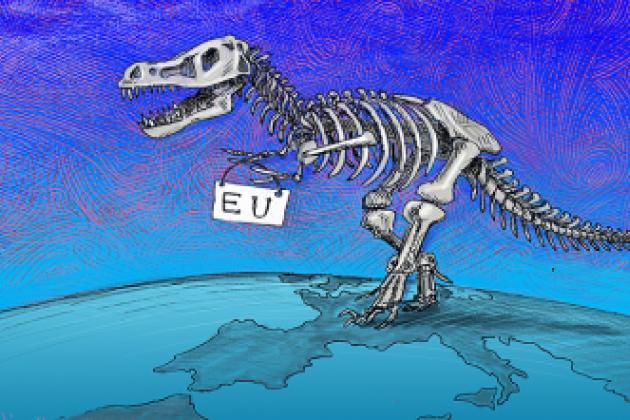 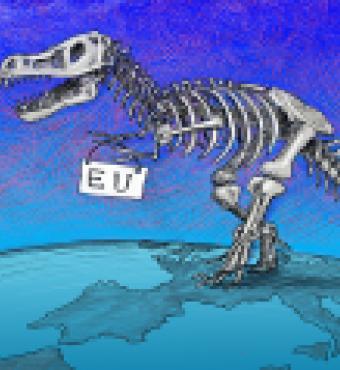 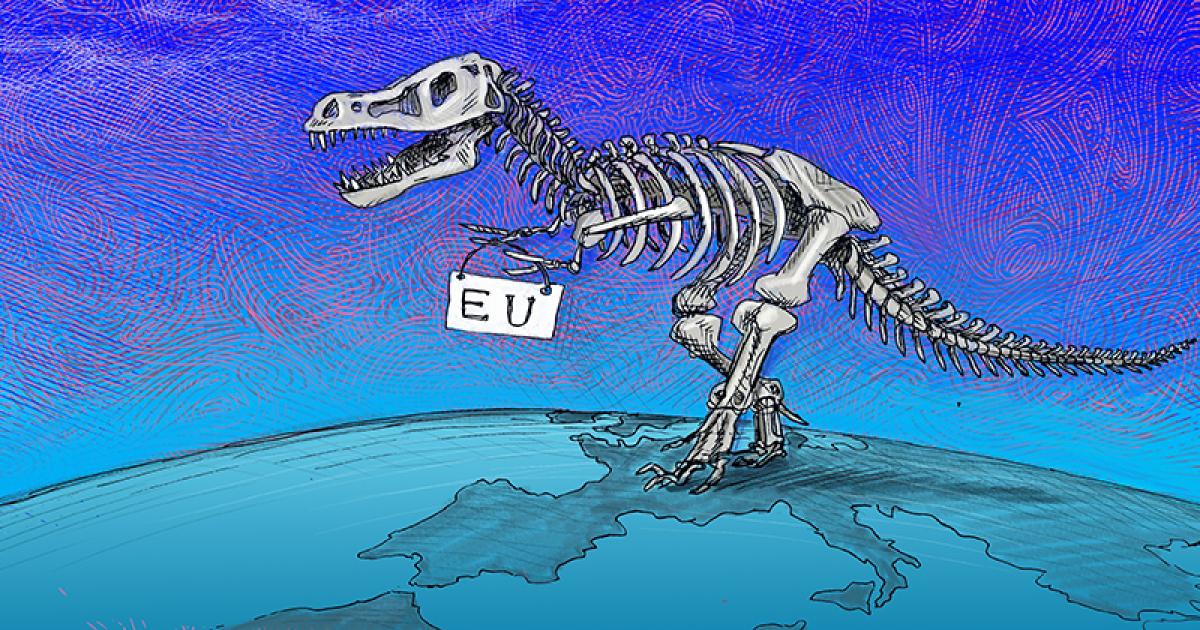 After the recent G-7 meeting, some European nations such as France and Germany expressed anger that their views were given short shrift by Donald Trump—displaying fits of pique memorialized in a now infamous photo of standing G-7 leaders who were leaning into a surrounded and sitting Trump. “International cooperation,” huffed an unidentified senior French official, “cannot depend on being angry and on sound bites. Let's be serious.” The former British ambassador to the U.S., Peter Westmacott, sniffed, “Trump is readier to give a pass to countries that pose a real threat to Western values and security than to America’s traditional allies. If there is a ‘method to the madness,’ to use the words of British Foreign Secretary Boris Johnson, it is currently well hidden.”

Yet in current foreign policy journals, a constant theme is European leaders who lament that Europe does not get its due on the world stage. Why would that be?

After all, if “Europe” is defined by the membership of the 28-member European Union, then it should easily be the world’s superpower. The European project now has an aggregate population (512 million) that dwarfs that of the United States (326 million). Even its GDP ($20 trillion) is often calibrated as roughly equivalent to or even larger than America’s ($19 trillion).

Historically, European geography has been strategically influential—with windows on the Atlantic, Baltic, and Mediterranean, the ancient maritime nexus of three continents. Rome is the center of Christianity, by far the world’s largest religion. Some of the world’s great nations—Argentina, Australia, Brazil, Canada, Chile, New Zealand, and the United States—were birthed as European colonies. Some two billion people speak European languages, including hundreds of millions outside of Europe whose first language is English, Spanish, Portuguese, or French.

European products—Airbus, BP, Shell, and Volkswagen—are global household names. France each year hosts the greatest number of the world’s tourists. Europe as a whole is more visited than any other nation or geographical area—and no wonder, given Europe was the home to civilization’s most significant breakthroughs: the birth of the city-state, the emergence of Roman republicanism and its later globalized empire, the Renaissance, the Reformation, the Enlightenment, and the Industrial Revolution.

Many of the world’s greatest thinkers, writers, scientists, and politicians were European, from Plato, Socrates Cicero, Octavian and Pericles to Copernicus, Dante, Galileo, Da Vinci, Newton, Shakespeare, Cervantes, Einstein, and Churchill. And likewise, the greatest cataclysms in world history took place on European soil: The Black Death, Stalin’s genocide in Western Russia, World Wars I and II, and the Holocaust. The Western military tradition was born in Europe, and the world’s most lethal armies in history—Roman, French, German—were all European, as were the most skilled commanders, from Alexander the Great and Julius Caesar to Napoleon and Wellington.

Why, then, are European leaders increasingly feeling irrelevant, often passive-aggressive in their exasperation, and seemingly without confidence in either their present or their illustrious past, and so often ignored by major powers?

In most high-stakes diplomacy—denuclearizing North Korea, attempting to make China play by international norms of trade and commerce, keeping Vladimir Putin within his borders, destroying ISIS, isolating a theocratic and potentially nuclear Iran, and the perennial Israel and Palestinian problem—Europe is largely a spectator. Its once heralded “soft power” of the 1990s and early 21st century is more soft than powerful. The friends of Europe no longer count on it; its enemies do not fear it.

The high-tech revolution that birthed Amazon, Apple, Google, Facebook, and Microsoft passed Europe by. Judged by the great historical determinants of civilizational power—fuel, energy, education, demography, political stability, and military power—Europe is waning. It is spending a mere 1.4% of its collective GDP on defense. Most analysts conclude that even what Europe does spend on security does not translate directly into military readiness, at least in comparison with the U.S. military. And with a fertility rate of less than 1.6%, Europe is slowly shrinking and aging—hence the short-sighted immigration policy of Angela Merkel who apparently sees immigration also as a solution to the demography crisis and a shortcut to low-cost labor.

Across the continent, laws against fracking, German dismantling of nuclear power plants, and massive green subsidies for erratic wind and solar generation—all self-inflicted wounds—have made European gasoline and electricity costs among the highest in the world. Europe remains dependent on Russia, Central Asia, and the OPEC countries for much of its energy needs. In the Times Higher Education World University Rankings of the world’s top 20 universities, only 1 was a continental European university; in contrast, 15 were American and 4 British.

Politically, the European Union has not squared the circle of uniting diverse peoples, languages, and cultures with long historical grievances into a pan-European nation—at least without a level of coercion that is inconsistent with democratic values. Instead, members increasingly find European Union dogma at odds with human nature, at least in terms of entitlements, immigrations, and national security. For a continent that celebrates diversity, the European apparat is quite intolerant of dissident voices.

The result is frustration and polarization, as the EU is slowing becoming trisected. Eastern Europeans revolt at the open-borders bullying of Berlin and Paris and are beginning to refuse entry to any more Muslim men from the Middle East. Meanwhile Mediterranean Europeans see their frontline burdens of dealing with massive illegal immigration not just as underappreciated, but also as another manifestation of an earlier northern European financial diktat. Meanwhile, the United Kingdom just drifts away. In the center of these regional tensions stands Germany, the EU’s largest nation—and the one with its most problematic history. In theory, Germany asserts that it no longer is the bully of 1871, 1914, and 1939. In fact, Berlin shows little patience with those who object to its plans of dealing with Brexit, Muslim immigration, and indebted southern European Union members.

These rifts are symptomatic of an existential paradox, similar in some sense to the contradictions of the progressive movement in the United States. European government is largely run by an elite class of professional and bureaucratic careerists. On matters such as illegal immigration and financial sacrifices, their privilege exempts them from the concrete consequences of their ideology and policy: someone other than they will bear the immediate consequences of massive illegal immigration on the schools, neighborhoods, and public safety.

The implementation of a social welfare state seeks to provide cradle-to-grave support for a static underclass in exchange for its political support for an entrenched elite. The expensive social project squeezes the middle class, as taxes rise to pay for entitlements for the poor and to subsidize the lifestyles of the mandarins of the administrative state.

The European social welfare state envisions military expenditures as theft from social welfare entitlements—a viable assumption as long as the United States continues to underwrite European national security. European culture is uncomfortable with the individual drive toward upward mobility and entrepreneurialism. Its own attitude is more like the Obama platitudes “you didn’t build that,” “now is not the time to profit,” or “I do think at a certain point you've made enough money.” Purely private research universities are almost nonexistent. The European ethos too often sees profit-making as a violation of fairness. Equality not liberty is the operative agenda, an idea that transcends the European Union and in theory applies to anyone from anywhere who can manage to cross the borders of the European Union.

Out of this complex matrix emerges the haughty European mindset that it alone has transcended the limitations of human nature, convinced that enlightened ideas about soft power and pure reason can eliminate war, poverty, and inequality not just inside Europe, but globally as well.

Loud professions of human rights, and deep antipathy to religion as a sort of dark, unenlightened force from Europe’s troubled past have deluded the European Union about the ultimate sources of its safety and prosperity. Its postwar trajectory to affluence and security partly rested on U.S. military subsidies, as well as the ability to run up large trade deficits with the United States that supported the evolution of a globalized economy. European foreign policy in the concrete hinges on trading and profiting with almost anyone, while in the abstract it opposes human rights abuses, often by its own trade partners. Europeans talk loftily, but act either in self-interested fashion or not much at all.

The 21st century has not been too impressed. A bullying China has sized up Europe and concluded that it either cannot or will not do much about Chinese mercantilism, which is based on violations of almost all the canons of postwar trade agreements. Two-million impoverished and mostly Muslim migrants rightly assumed that Europe is hopelessly divided and completely incapable of exercising either the political or moral will to protect its own sovereignty, much less defend its political and religious history and traditions. Russia cynically accepts that an unarmed and energy-hungry Europe will not to do much to check Russian expansionism. Europe appears to Russia more worried about oil and natural gas supplies than translating its moral outrage over Putin’s authoritarianism into any concrete pushback. Better, then, to buy as much Russian natural gas as possible, while damning a supposedly colluding Trump administration for being too soft on the Russian oligarchy.

Recent polls show a general drop in confidence in the European Union by its members. In some countries, the EU no longer wins majority support. A continental ethos of agnosticism, state dependency, childlessness, and multiculturalism leaves Europe especially vulnerable to both the foreign challenges of a dangerous neighborhood, and massive influxes of mostly Muslim immigrants, as its own shrinking population is in danger of becoming incapable of supporting the welfare state and pension payouts of an aging population.

An American solution to European stasis—deregulation, tax cutting, more referenda and plebiscites, increased defense spending, natural gas and oil fracking, border security—would be unthinkable Such a turnabout would be antithetical to the European elite’s own self-perceptions and humanitarian pretensions, and would entail a collective admission of failure.

The European Union is left with its signature mythology that pan-Europeanism alone has at least kept the peace for nearly 75 years, the longest period of uninterrupted continental calm since the unification of Germany in 1871. Such naiveté takes into little account the role of an American-led NATO or the anomaly that Germany, Europe’s largest, most dynamic country, and also its most aggressive nation historically, did not develop nuclear weapons, while its traditional frontline enemies in two world wars, France and the United Kingdom, nuclearized—on the instinct that power, not pretension, keeps the peace.

The European furor over Donald Trump is not, as alleged, because he and the nation that elected him are crude, but that he and his country are needed more than ever by a continent that has lost its way.