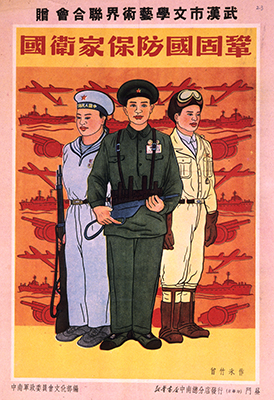 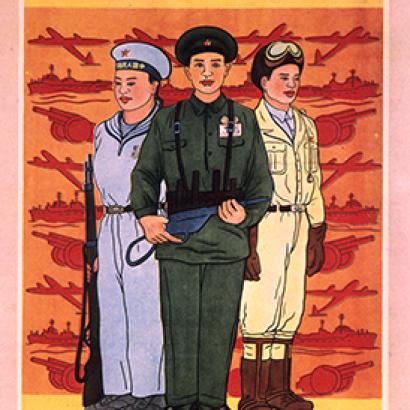 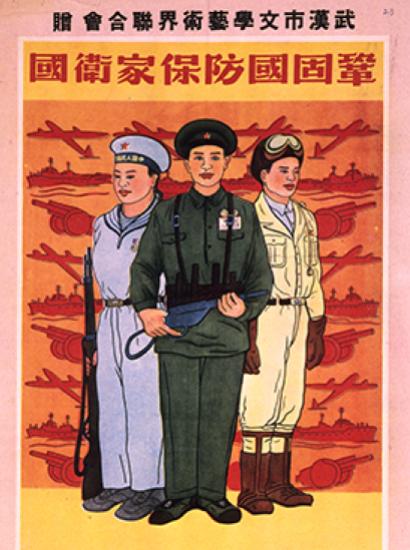 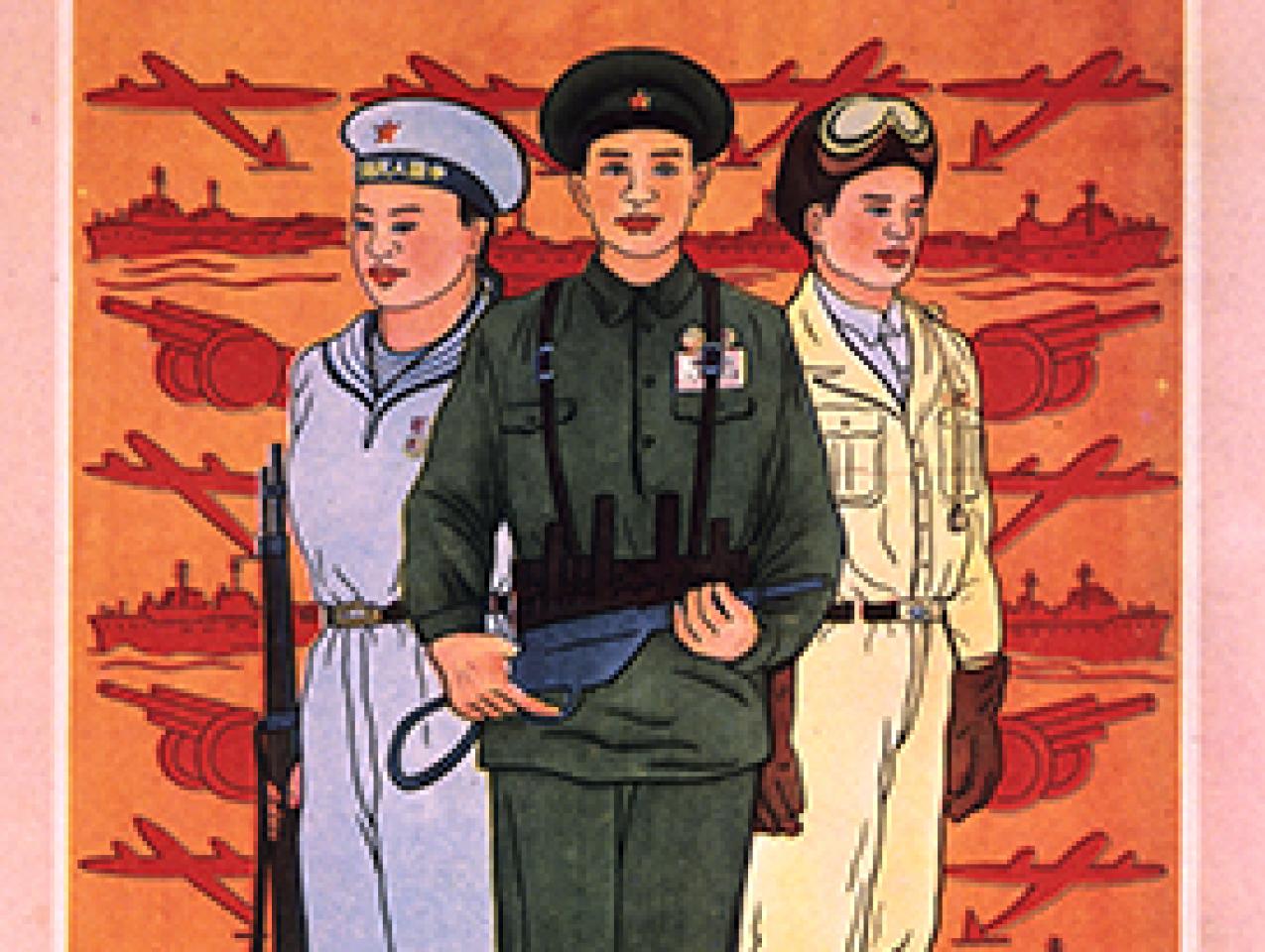 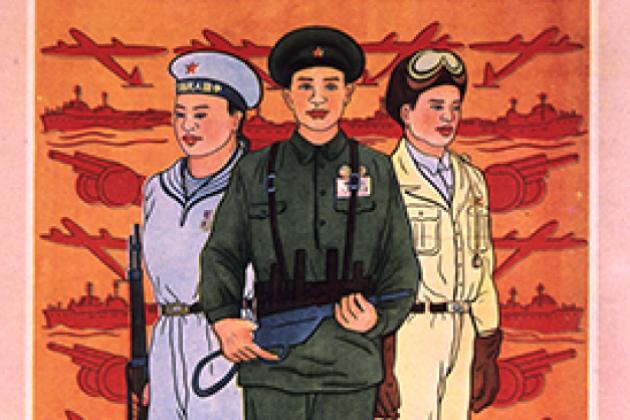 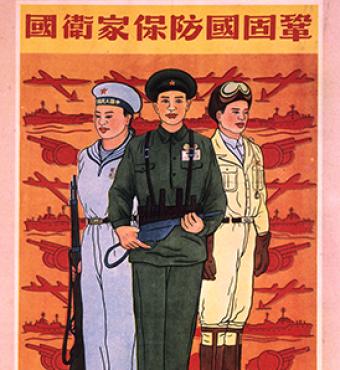 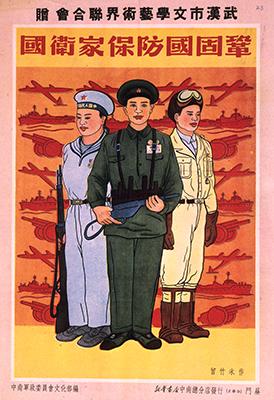 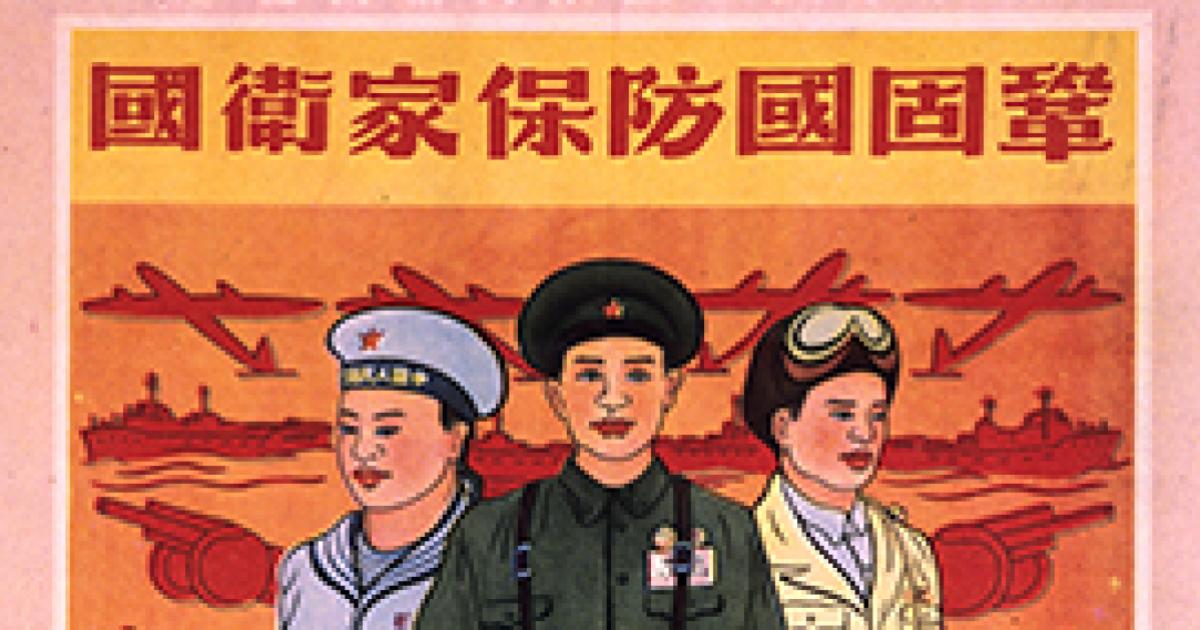 In December 1949, Chiang Kai-shek moved the capitol of the Republic of China (ROC) to Taipei. He intended the relocation to be temporary. He had already moved his government multiple times: when the Empire of Japan invaded China, when World War II ended, and again when Mao Zedong’s Communist insurgents took the upper hand in the Chinese Civil War.

To Chiang’s eyes, Taiwan was the perfect place to refit his tattered forces and prepare them for the long struggle ahead to defeat the Communists. The main island was protected by dozens of tiny island citadels, many just off the mainland coast, and surrounded by famously rough waters. While Chiang’s army had sustained crushing battlefield defeats and mass defections, he believed his superior navy and air force would make Taiwan an impregnable fortress.

The events that followed presented successive U.S. presidents with some of the most consequential foreign policy questions ever confronted by America’s leaders. During the decades since 1949, there have been several incidents that tested whether or not Washington was willing to confront the Chinese Communist Party (CCP) and support Taiwan. If past is prologue, how the United States responded to previous crises might say something important about what it will do in the future. So, what does the historical record say? What might we expect to see if China attacks Taiwan in the 2020s or beyond?

On January 12, 1950, U.S. Secretary of State Dean Acheson gave a speech in which he suggested that America no longer intended to defend its erstwhile allies the Republic of Korea (South Korea) and the Republic of China (Taiwan). According to Acheson, those governments were outside of America’s defensive perimeter in Asia. His speech encouraged the newly established People’s Republic of China (PRC) to accelerate plans to invade Taiwan. But before Mao Zedong and his generals could act, their North Korean ally Kim Il-sung launched an invasion of South Korea.

On learning of the attack, President Harry Truman decided that the U.S. would defend both Korea and Taiwan, and ordered the U.S. Navy to forestall the CCP from attacking the ROC’s last redoubt. On June 29, 1950, an American aircraft carrier, heavy cruiser, and eight destroyers sailed into the Taiwan Strait to conduct a show of force within visual range of Communist forces arrayed along the mainland coast. Soon thereafter, armed American seaplanes were stationed on the Penghu Islands and began to search for any hostile movements toward Taiwan.

To further enhance its early-warning picture, the U.S. sent submarines to monitor Chinese ports across from Taiwan, areas where enemy vessels were expected to marshal if an invasion was imminent. In addition, four American destroyers were stationed in Taiwan. Their mission was to patrol near the coast of China, with at least two warships watching around the clock for signs of a pending amphibious assault. The Taiwan Patrol Force, as the mini-surveillance fleet became known, operated continuously for nearly three decades to come.

Soon thereafter, the U.S. established a defense command in Taipei and sent a Military Assistance Advisory Group (MAAG) to Taiwan under the command of a two-star general. This organization was tasked with providing training, logistics, and weapons to the ROC military in order to develop it into a modern fighting force. By 1955, there were tens of thousands of American troops stationed in Taiwan, including over two thousand military advisors, making MAAG the largest of the U.S. advisory groups then deployed around the world. In the following years, MAAG transformed the ROC military into one of Asia’s most capable fighting forces.

In August 1954, the Chinese Communists launched a string of operations against ROC forces along the mainland coast. Mao and his top lieutenants judged that by attacking the offshore islands they could drive Washington and Taipei apart and set the stage for a final invasion of Taiwan. They began by shelling Kinmen and Matsu, island groups located just off the coast of Fujian Province. Not long after, the People’s Liberation Army (PLA) launched air and sea raids on the Dachens, a group of islands 200 miles north of Taiwan, near Taizhou in China’s Zhejiang Province.

In November 1954, the PLA encircled Yijiangshan, a ROC island base located at the extreme northern flank of the Dachens. Using modern equipment and tactics from the Soviet Union, the PLA carried out a successful invasion operation, taking the island on January 18, 1955. In response, the U.S. Navy steamed into the area with 70 ships, including seven aircraft carriers. The Americans then launched Operation King Kong, the evacuation of the Dachens. U.S. Marines assisted ROC forces to safely move some 15,000 civilians, 11,000 troops, 125 vehicles, and 165 artillery pieces back to Taiwan with no casualties.

On March 3, 1955, Washington formally cemented a mutual defense treaty with Taipei. President Dwight Eisenhower also received permission from Congress to exercise special powers in the defense of Taiwan, granted by the Formosa Resolution. In May 1955, the PLA stopped shelling Kinmen, and, three months later, the CCP released 11 captured American airmen. The 1954-1955 Taiwan Strait Crisis was over, but the standoff continued.

On August 23, 1958, the PLA launched a surprise attack on Kinmen, showering the island group with tens of thousands of shells as a prelude to planned amphibious landings. Beijing sought to test the resolve of the Americans, seeing if the seizure of Kinmen and the threat of war could break the U.S.–ROC alliance apart and demoralize Taiwan. The plan failed almost immediately. ROC military engineers had tunneled deep into Kinmen’s granite, carving out subterranean bunkers and strongholds that allowed the defenders to weather the shelling with few casualties. The PLA made an amphibious assault on the nearby island of Tung Ting and was repulsed. To the north, Communist units launched artillery strikes against the Matsu Islands. But those were just as ineffectual.

The U.S. sent in four aircraft carriers, along with a large number of cruisers, destroyers, submarines, and amphibious ships. The American fleet was equipped with low-yield atom bombs, designed to stop a potential human-wave assault on the islands, a PLA tactic previously seen in Korea. After torpedo boats and artillery began to target ROC Navy ships resupplying Kinmen, the U.S. Navy began escorting the convoys from Taiwan with cruisers and destroyers. On September 18, 1958, American artillery guns were rolled ashore Kinmen, which were capable of firing tactical nuclear shells that could incinerate any invader (the shells were kept aboard U.S. Navy ships located nearby). The colossal guns also fired conventional rounds that increased the garrison’s firepower and morale.

During the crisis, ROC Air Force pilots used new Super Sabre jets and Sidewinder missiles to engage PLA MiG-17s in air-to-air combat. The results were decisive: ROCAF pilots achieved 33 enemy kills in return for the loss of four of their own. On October 6, Beijing announced a cease-fire under pressure from its Soviet allies, who feared the fighting could escalate and go nuclear. The 1958 Crisis was over and Taiwan's offshore island bases remained undefeated.

In the early 1990s, Taiwan began peacefully transitioning to a democracy. With the Cold War over, it seemed hopeful that the U.S. and other nations would recognize Taiwan as a legitimate, independent country. Taiwan's president, Lee Teng-hui, publicly signaled that, in his view, the Chinese Civil War was over; Taiwan was now the ROC, the ROC was Taiwan, and his country would no longer claim sovereignty over territory controlled by the authorities in Beijing.

In June 1995, President Lee returned to his alma mater, Cornell University, to announce Taiwan's plans to hold free and fair elections. The CCP responded by conducting a series of ballistic missile tests, firing rockets into the waters north of Taiwan. In August, the PLA moved a large number of troops to known invasion staging areas, conducted naval exercises, and carried out further missile firings. That November, the Chinese military staged an amphibious assault drill. In March 1996, just before the elections, the PLA fired more ballistic missiles into waters directly off Taiwan’s two largest ports, and implicitly threatened to turn a planned exercise into a real invasion operation.

The U.S. played an important role throughout the crisis. President Bill Clinton responded to Beijing’s provocations by sending two carrier battle groups to waters near Taiwan. The American demonstration succeeded: China backed down, and Taiwan's elections went ahead as planned. President Lee won the elections with a decisive margin, and the 1995–1996 Taiwan Strait Crisis ended on a positive note. Nonetheless, Taiwan remained diplomatically isolated and has slowly become more vulnerable over time, a trend that continues unabated to present day.

Implications for the Future

While all historical analogies are imperfect, precedents previously set could provide American leaders with a guide in subsequent similar circumstances. The record of past policy decisions made by Washington demonstrates that, when tested, American presidents have always viewed it in their nation’s interest to come to Taiwan’s defense, even amid situations that could have escalated to the level of nuclear warfare. In 1958, for example, Washington was resolved to defend Taiwan against invasion even if that required the use of battlefield atomic weapons—and even if such usage invited nuclear retaliation from the Soviet Union, which was then closely aligned with Beijing.

Perhaps even more notable were those American leadership decisions undertaken in the 1995–1996 Taiwan Strait Crisis. In that instance, the U.S. deployed aircraft carrier battle groups to waters near Taiwan in spite of the fact that the CCP had recently detonated two nuclear warheads at a test site; had carried out multiple tests of nuclear-capable ballistic missiles; and, in backchannel conversations, had implicitly threatened Los Angeles with nuclear attack. The resolve displayed by Washington in 1996 might be considered particularly remarkable given that the U.S. no longer diplomatically recognized Taiwan’s government at the time.

To date, there is no known case in which an American president failed to send forces to support the defense of Taiwan in response to a credible CCP threat. If this track record is indicative of future performance, the years ahead are likely to see the U.S. government continually improve its operational readiness to defend Taiwan in accordance with the evolving threat picture. In times of crisis, American leaders will likely send overwhelming national resources to the Taiwan Strait area and make their commitments to Taiwan’s defense more explicit in hopes of convincing the PRC to deescalate tensions.

Even barring a major political-military crisis, it seems probable that the years ahead will see the U.S. government improve its early-warning intelligence via regular ship, submarine, and aircraft patrols of the Taiwan Strait; more frequent overhead passes of space and near-space platforms; and expanded intelligence sharing arrangements with the Taiwanese security services. It also seems probable that the U.S. will make significant enhancements to its diplomatic, trade, intelligence, and military presence in Taiwan.

It remains an open question whether a Taiwan Patrol Force and MAAG-like organization will be reestablished—let alone an official country-to-country relationship and defensive alliance. But each could be considered past examples of political and military initiatives that, when combined, were successful in helping to deter CCP aggression. Herein we might find positive lessons for the future.

Ian Easton is a senior director at the Project 2049 Institute and author of The Chinese Invasion Threat: Taiwan’s Defense and American Strategy in Asia. He previously served as a visiting fellow at the Japan Institute for International Affairs (JIIA) in Tokyo and a China analyst at the Center for Naval Analyses in Virginia. He has testified before the U.S.-China Economic and Security Review Commission and given talks at the U.S. Naval War College, Japan’s National Defense Academy, and Taiwan’s National Defense University. Ian holds an M.A. in China Studies from National Chengchi University in Taiwan and a B.A. in International Studies from the University of Illinois Urbana-Champaign. He studied Chinese at Fudan University in Shanghai and National Taiwan Normal University in Taipei.