Vital Signs: A Poll of the Nation from the Hoover Institution

Vital Signs: A Poll of the Nation from the Hoover Institution takes a non-partisan bi-annual pulse of the American electorate. It explores three major themes: governmental power and liberty; social and environmental justice; and populism. The survey was designed by scholars at the Hoover Institution and the data were collected by YouGov, a global polling firm, between August 24-31, 2020. The sample of 2,005 adults was selected from YouGov’s panel to be representative a nationally representative sample of U.S. adults in terms of age, gender, race, education, and vote in the 2016 U.S. presidential election. The margin of error is approximately plus or minus three percentage points.

Government power and liberty addresses the traditional divide between Republicans and Democrats on government intervention in the economy, classical libertarian issues, modern liberalism, and personal freedom. The theme of social and environmental justice explores matters of race relations, immigration, climate change, affirmative action, and iconoclasm. The third theme, populism, concerns attitudes regarding the “people” and their relationship to the “elite” and also their trust in institutions. Vital Signs is an attempt to determine the extent to which polarization and populism hinder constructive policy-making, especially the finding of common ground to make trade-offs on issues such as freedom of speech, health care policy, gun regulation, and how far a government can go in restraining citizen behavior. Ultimately, it is intended to help identify preferred solutions, from market-based proposals to state/federal government interventions.

Traditional Views about Personal Freedom
Differing views about personal freedom represent traditional divides between Republicans and Democrats. For example, only 11% of Democrats believe that COVID-19 shelter-in-place orders are a detrimental policy compared to 55% of Republicans.

Republican Shift on Tax Issues
The Republican Party’s absorption of less educated voters in the Trump era has resulted in a shift in GOP attitudes about taxation. Roughly half (54%) of Republicans now believe that the tax system is unfair.

Hoover Poll: Amid Our Divides, Is Unity Attainable?

Hoover Poll: Amid Our Divides, Is Unity Attainable?
via Real Clear Politcs 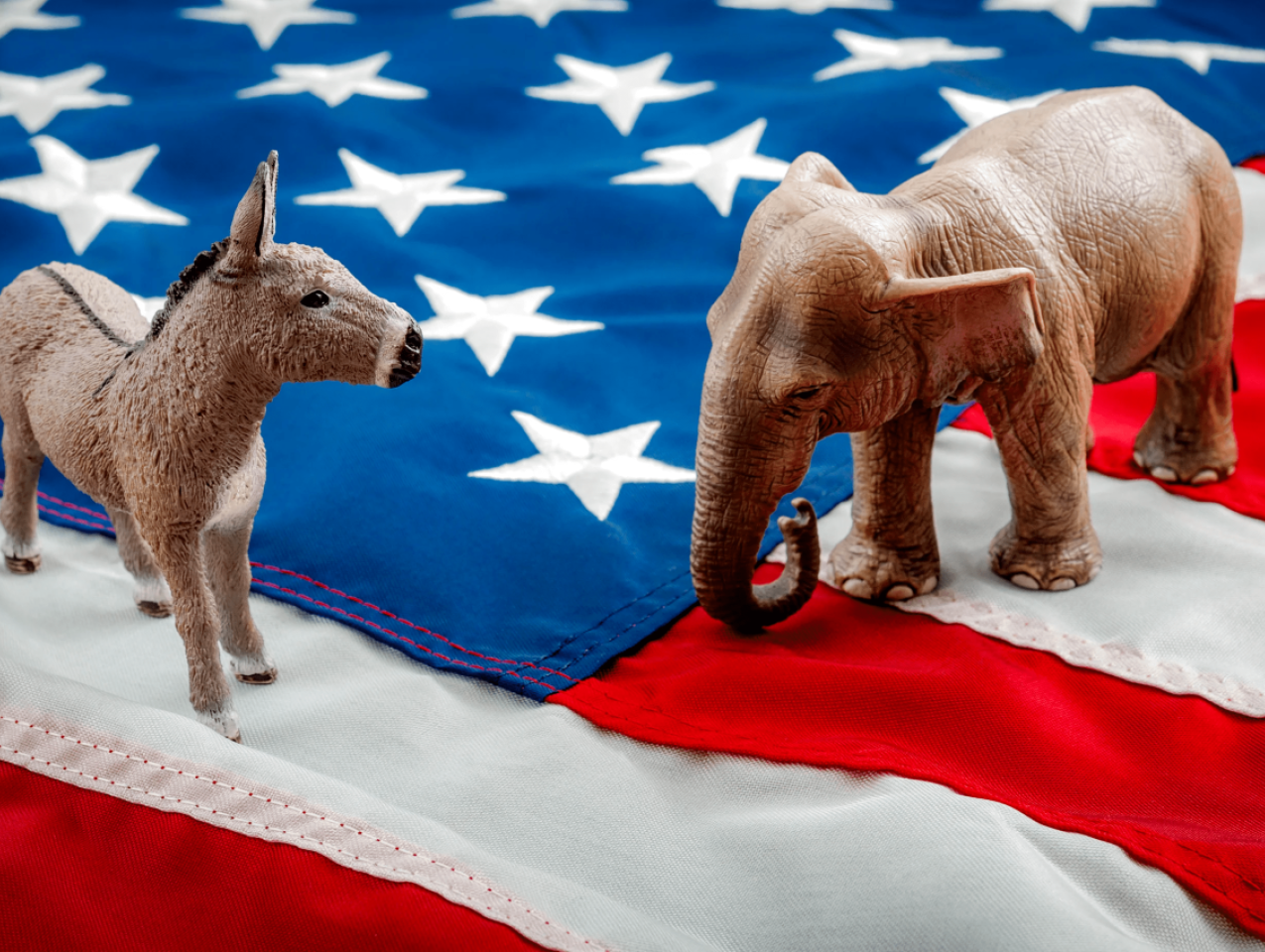 David Brady is a professor of political science at Stanford University and the Davies Family Senior Fellow at the Hoover Institution.

Douglas Rivers is chief scientist at YouGov, a professor of political science at Stanford University, and a senior fellow at the Hoover Institution.