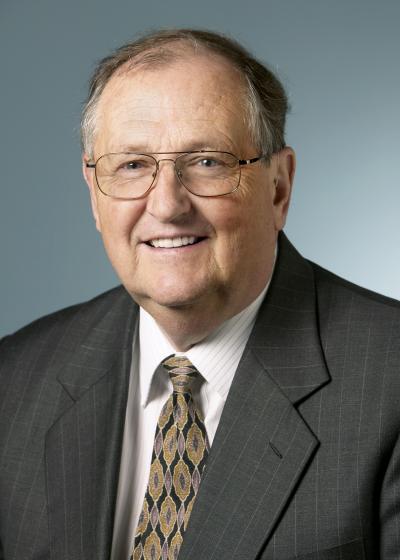 David Brady is the Davies Family Senior Fellow, Emeritus at the Hoover Institution and the Bowen H. and Janice Arthur McCoy Professor of Political Science in the Stanford Graduate School of Business.

He has published seven books and more than a hundred papers in journals and books.  Among his most recent books are Leadership and Growth (World Bank Publications, 2010) with Michael Spence, Revolving Gridlock: Politics and Policy from Carter to Bush II (Westview Press, 2006), and Red and Blue Nation? Characteristics and Causes of America’s Polarized Politics with Pietro Nivola (Brookings Institution Press, 2007).  His recent articles include “Why Is Health Care Reform So Difficult?” with Daniel Kessler, Journal of Health Politics, Policy and Law, April 2010; “Putting the Public’s Money Where Its Mouth Is”  with Daniel Kessler, Health Affairs: The Policy Journal of the Health Sphere, August 2009, pages 917–25; “Leadership and Politics: A Perspective from the Growth Commission,” with Michael Spence, Oxford Review of Economic Policy, 25, no. 2 (2009): 205–18; “The 2010 Elections: Why Did Political Science Forecasts Go Awry?” with Morris P. Fiorina and Arjun Wilkins, 2011.

Brady has been on continual appointment at Stanford University since 1986, where he has served as associate dean for Academic Affairs in the Graduate School of Business (GSB) and as vice provost for Distance Learning.  He has twice been a fellow at the Center for Advanced Study in the Behavioral Sciences and was elected to the American Academy of Arts and Sciences in 1987.  He presently holds the Bowen H. and Janice Arthur McCoy Professorship in Ethics at the Business School and was deputy director of the Hoover Institution from 2004-2014.

During his teaching career, he won the Dinkelspiel Award for service to undergraduates, the Richard Lyman Prize for service to alumni, the Bob Davies Award and the Jaedicke Silver Cup from the GSB, and the first Phi Beta Kappa Teaching Award given at Stanford.  He also won the George Brown Teaching Award at Rice University.