Hanson: Struggle Between Elites And Masses Defines US Policy 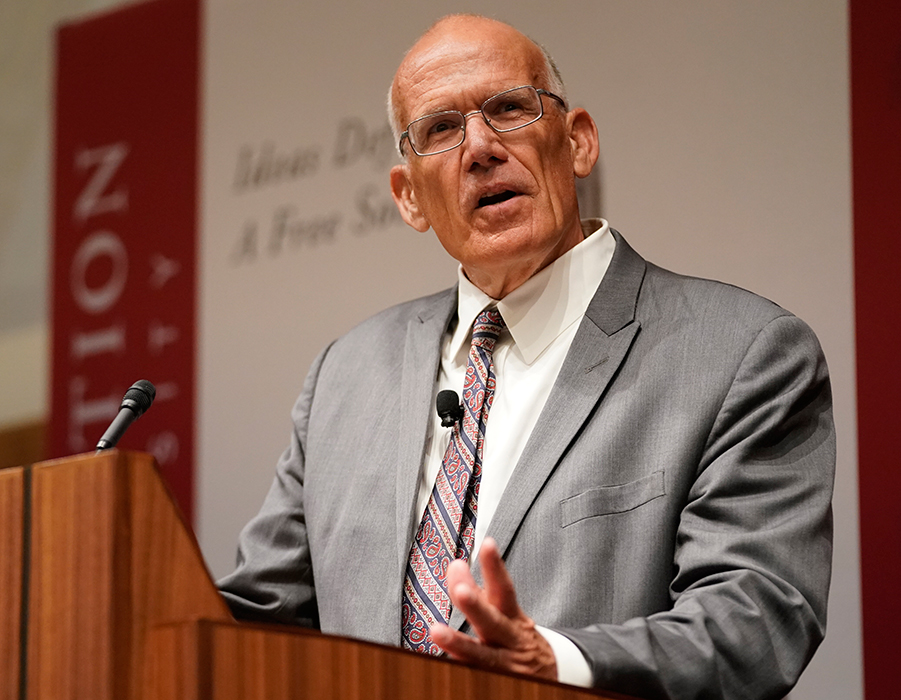 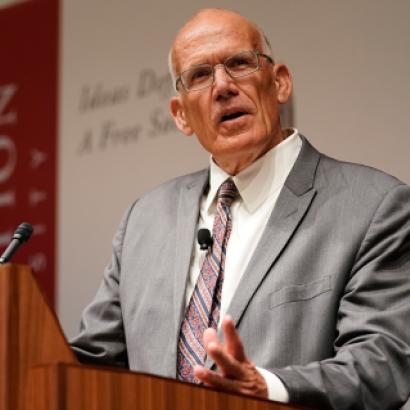 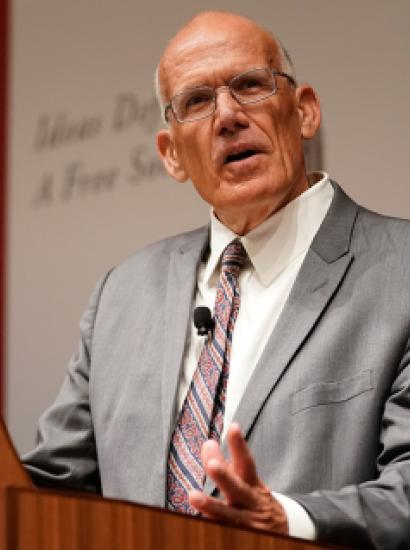 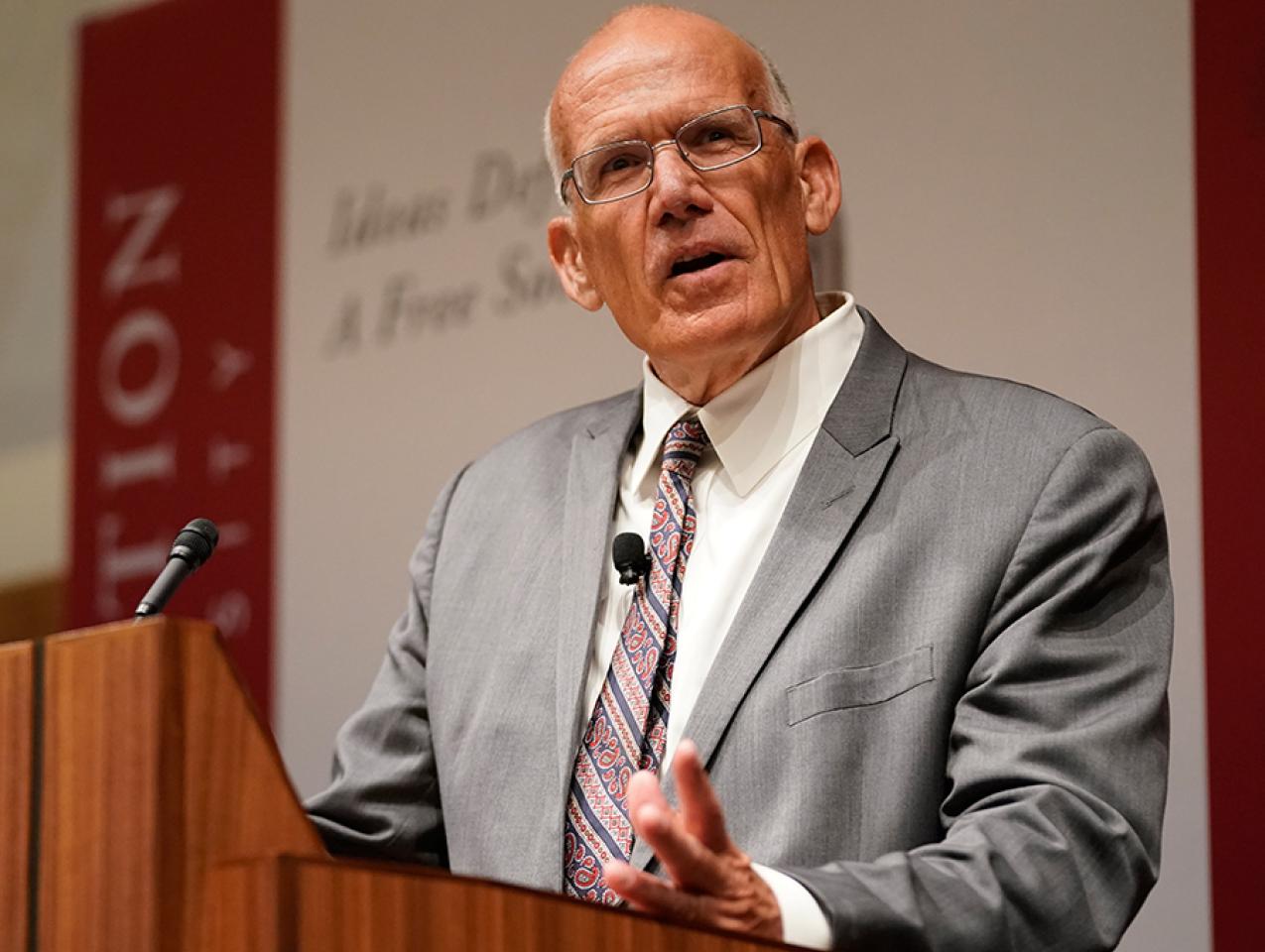 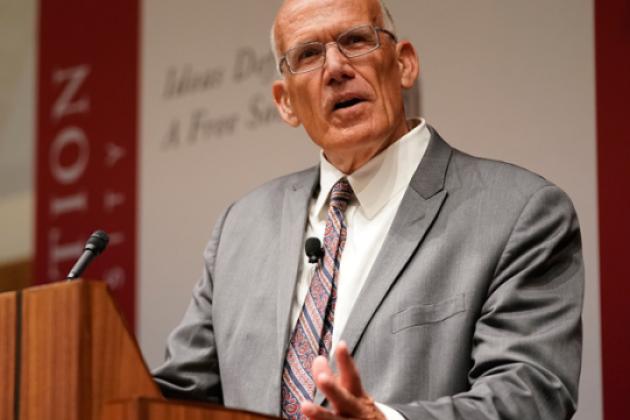 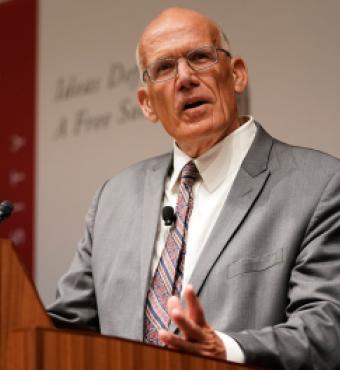 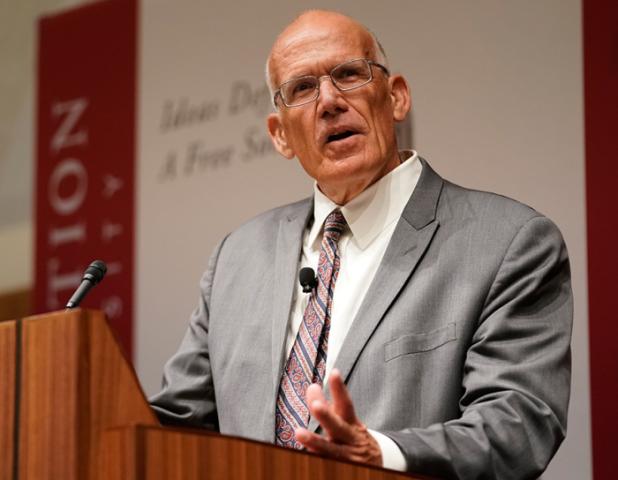 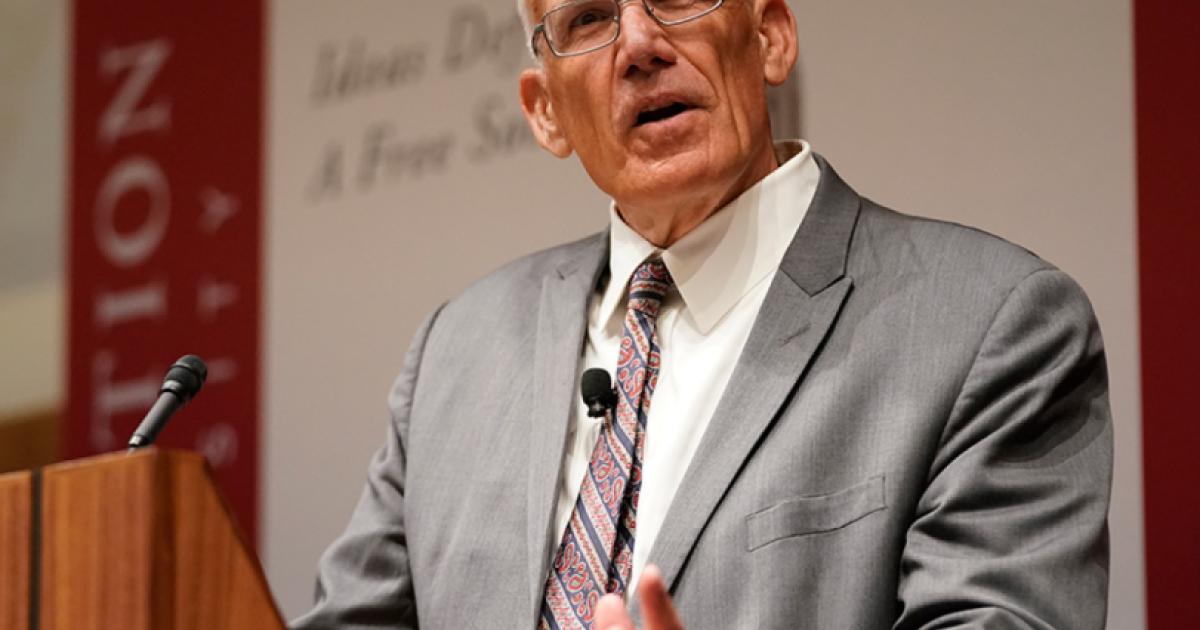 Victor Davis Hanson says history offers lessons for today’s technology-driven world, especially when it comes to elites, the masses, and the future of society.

“When the masses feel their will is not reflected in government policies or respected by the professional classes that manages society, then historically there can be a pushback in the form of a populist movement,” said Hanson, the Martin and Illie Anderson Senior Fellow at the Hoover Institution.

Conventional society typically views populist movements as “good” or “bad,” Hanson said, depending on whether they are progressive or traditionalist. While the Left traditionally embraces a Bernie Sanders-style populism of high taxes and an expanded welfare state as the “good” form, they typically show disdain for middle or lower class-driven Trumpian populism highly skeptical of an elite class that in today’s landscape benefits almost exclusively from globalization—a “bad” populism, in other words, that appears to them too nationalist or parochial.

“Globalization has enriched the coastal corridors in this country, so now New York City and Washington, DC have more in common with Paris or Tokyo than with Ames, Iowa,” he said.

The elite mindset, Hanson said, is also reflected in this geographic concentration and in the policies and attitudes favored by the media, schools, universities, government agencies, and technology companies that dominate the cultural airwaves. A disconnect exists, and the high-living materialism of progressive and privileged urbanites is strange and disconcerting to America’s rural population who are likely to view such superficiality as indulgence and decadence in the same way a country-dwelling peasant did when they entered ancient Rome, he added.

In terms of public policy, Hanson has recommended “rethinking the geography of power,” starting with moving the United Nations from New York City to Haiti, Libya, or Uganda whose capital cities are underappreciated, yet appropriate cities at the frontlines of poverty and crises and thus better places from which to conduct international governance.

As for US cabinet agencies, he suggested transferring the Department of Agriculture to somewhere more agrarian-minded, such as Topeka or Fresno, where bureaucrats would then spend more time with the farmers they regulate. Likewise, he said, Salt Lake City might be an ideal home for the Interior Department; Houston or Bismarck for the Energy Department; and Youngstown, Ohio, or Flint, Michigan, for the Departments of Labor, and Commerce.

“Washington, DC is often considered out of touch, both politically and geographically, with the rest of America,” he said. “Transferring seats of power to hoi polloi is not just practically smart, but morally long overdue.”

What are agrarian values, and how has their decline factored into our polarized political culture?

Hanson said “pragmatism” is the chief quality of agrarian values. Such pragmatism provides a check on the excesses of the elite or entitled classes and their more materially-minded styles of living that are more often divorced from nature and physical challenges.

For example, he said, people who make their living on farms understand the nature of weather and seasons—all the cycles and elements involved—and do not over-romanticize the outdoors to the point where they would create dangerous situations for themselves or others. The more privileged urbanite, on the other hand, takes an abstract or romantic view when it comes to experiencing the outdoors that are not a part of the struggle to survive.

“People who live on the land and work it with their hands understand nature better, and they possess a sense of life as tenuous or tragic,” said Hanson, who grew up and still lives on an ancestral farm near Fresno.

“Today, the checks on our excesses are disappearing” because of the disconnect between the elites and masses, and especially from those who live in the country, he said.

This has dramatic policy implications, Hanson said. The more that elites are removed from the vast majority of the physical countryside and cloistered in coastal urban areas, the less likely they will understand the everyday impact of federal policies on trade, manufacturing, technology, the environment, and labor upon those with fewer resources.

Hanson wrote the 1996 book, Fields Without Dreams, Defending the Agrarian Idea, an examination of what it means for this country to lose family farms and their inherent core values. Only about 1 percent of Americans now work on farms, compared to about 64 percent in 1850, according to a government report.

Thus, the well-to-do classes, in recompense, can give “virtue-signaling” pundit talks on TV, lectures in colleges, or lofty speeches in Aspen-like conferences, while never being subject to the concrete consequences of their own abstract ideologies, he said.

Like farmers once, Hanson said, today’s middle and lower classes also believe that government is not sensitive to their particular struggles, much less supportive of their plight.

“Democratic society needs people who are not connected with the so-called ‘swamp’ or guaranteed employment,” he said, “and who instead depend on almost a tragic view of the universe that is practical, rather than an entitled or romantic view of nature, or indeed of society in general.”

As Hanson once said, “We are not gods. We are humans and thus need not be perfect to be good.” While mainstream society advocates the notion that people can become “perfect” because they think they can control their worst urges and environments and alter human nature through education and affluence, the lower classes possess more common sense and pragmatism about the unchanging human condition.

“We have two coastal enclaves that have done well under globalization, and yet in the middle part of the country we have people who work with their hands and do muscular labor, whose labor is more easily made redundant by globalization; and who in spirit are antithetical to the coastal elite culture, which in turn holds them in contempt,” he said.

Everything from Hollywood, the educational system and the NFL has become politicized in the cultural struggle to create a progressive U.S. liberated from its past traditions and norms, and as a result uses the power of government to create heaven on earth, he said.

Yet America is truly unique in its traditionalism and respect for the liberty of the individual and should not abandon its past for fashionable trends, Hanson said. It is after all, the only country in the world founded on a unique creed of freedom and equality under the law reflected in documents like the US Constitution and Declaration of Independence.

Besides, the world depends on America’s innovation, military, economy, research, education, as well as its creed and core values of humanity, Hanson said. Most countries are driven by quite-the-opposite norms of repression, autocracy, tribalism, sectarian violence, religious intolerance, and fundamentalism.

“If the world thinks America is strange, it should remember that such weirdness is precisely why the world can rely on America,” Hanson wrote in an earlier essay in Hoover’s Defining Ideas.