The Hoover Institution is pleased to announce the winners of the Summer Policy Boot Camp’s Director’s Award for outstanding essays that provide solutions for America’s pressing policy challenges. 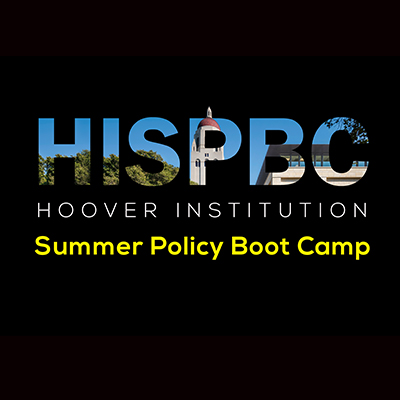 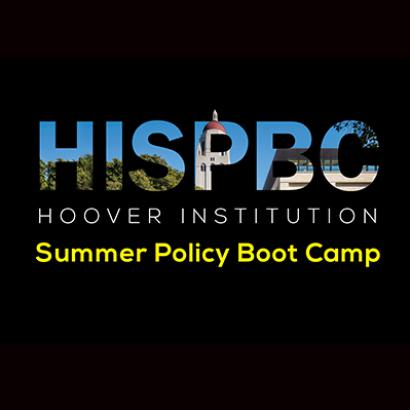 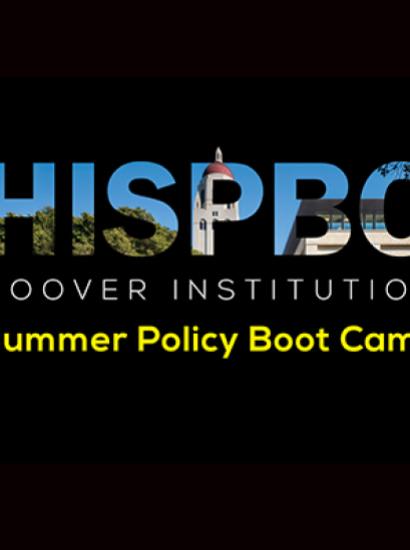 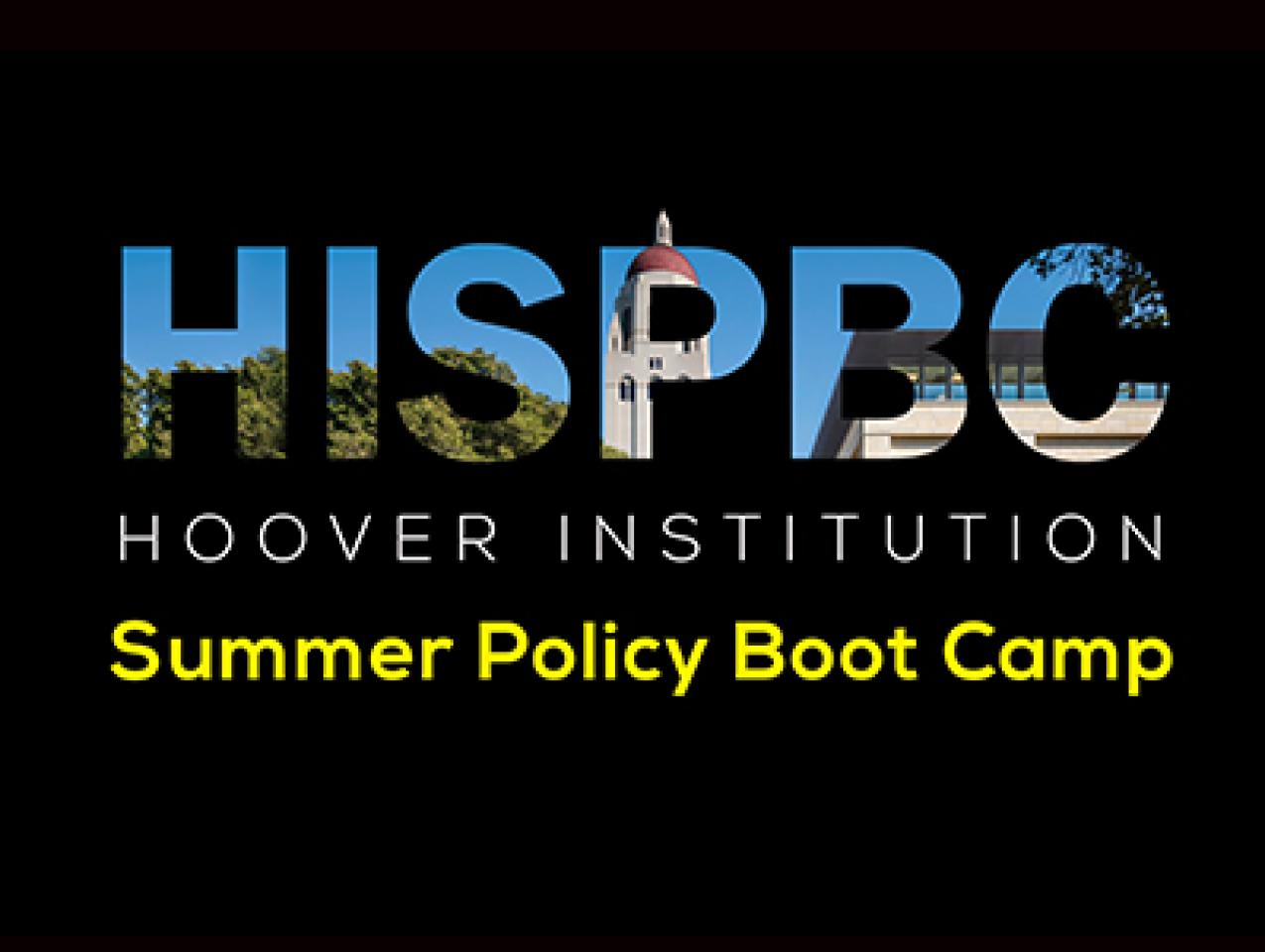 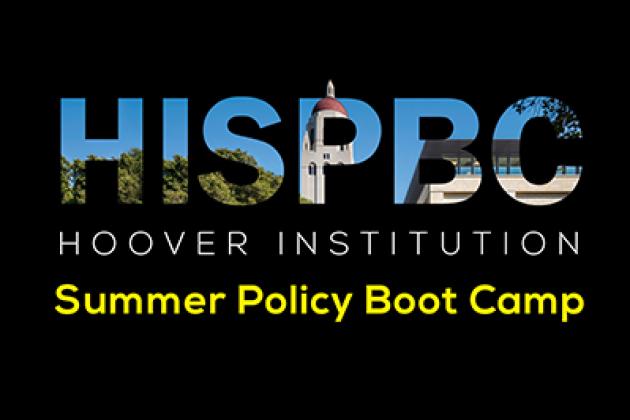 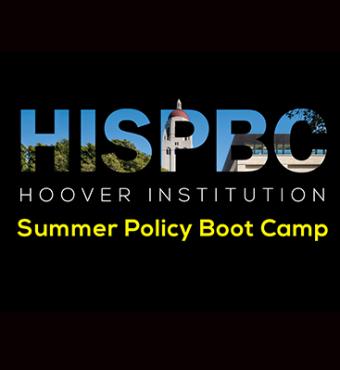 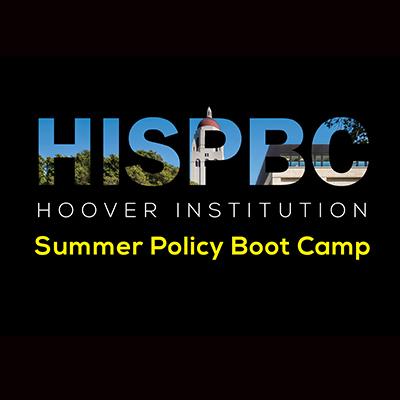 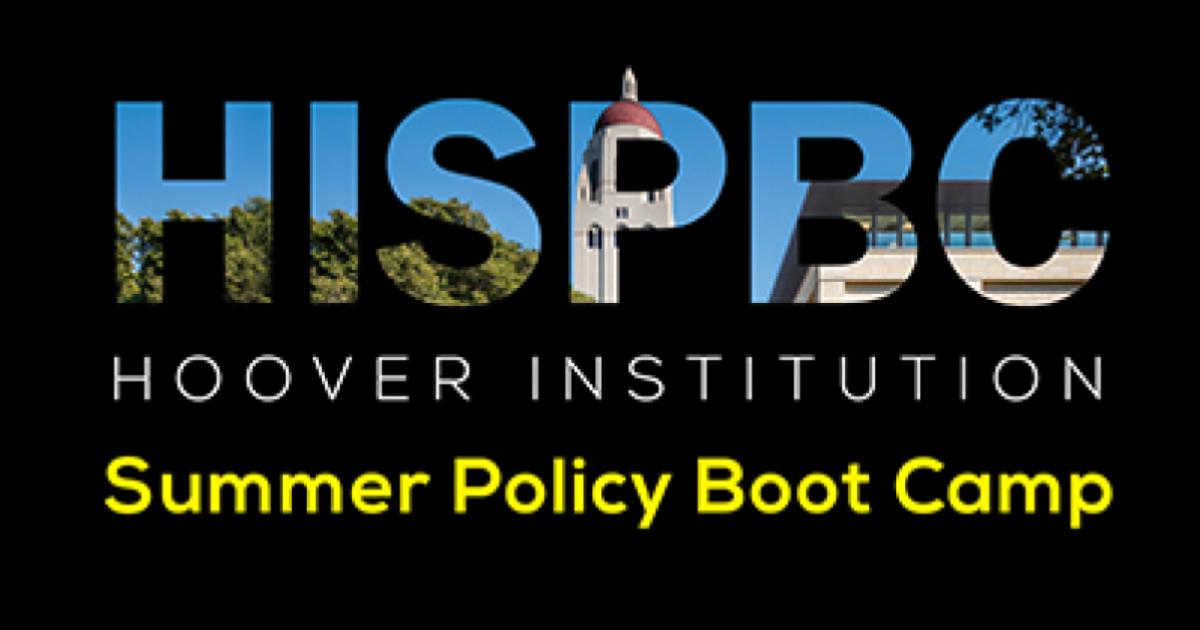 Each essay was judged according to the creativity of policy proposals, strength of argument, and quality of writing. The winning essayists will be honored at the Hoover Institution’s Winter Board Meeting in Washington, DC, in February 2023.

The mission of the prestigious Summer Policy Boot Camp is to educate college and university students, as well as recent graduates, on a full spectrum of public policy issues. This year, the Hoover Institution hosted more than one hundred participants, representing seventy-five colleges and universities across the world. Throughout five days of intensive sessions, participants interacted with Hoover fellows and were taught to think critically about public policy issues through examination of evidence and analysis of historical data.

“Many of our Summer Policy Boot Camp students elected to submit a policy proposal as an exercise in applying some of the teachings from the program,” said Atlas. “This year's policy proposals were particularly strong. In recognition of the excellence of these submissions, we awarded the very best with our top honor, the Director’s Award.”

“This year we bestowed the Director’s Award upon a total of seven participants. All of the winners wrote highly persuasive policy proposals that took on some of the greatest challenges facing the United States and the world – from economic policy to elections and the structure of our government to national security,” said Rauh. “The quality of this work highlights the potential our Boot Camp participants have to develop ideas defining a free society and put them into practice.”

“Reclaiming Sovereignty in Education: The Case for Charter Schools in Native North and South Dakota"
By Elizabeth Bailey, Villanova University

Elizabeth Bailey addresses the disparities in Native American education in the Dakotas. She argues that the institution of a tribal charter school system, through the integration of Indigenous languages, cultures, and philosophies into the curriculum, would boost student achievement.

“The Graveyard of Empires: America, China, and the New Great Game in Afghanistan”
By Neil Banerji, University of Oxford

Neil Barnerji asserts that the United States should undertake efforts to counter Chinese expansionism and weaken Taliban rule in Afghanistan. This action would entail providing assistance to local anti-Taliban movements and fostering security dialogues with other countries in South Asia, namely India; cultivating ties with Afghanistan’s neighbors, including Kazakhstan, Uzbekistan, Azerbaijan, and Tajikistan; and reducing reliance on Pakistan as a security partner.

“Monetary Policy Making: A Case against Discretion”
By Mason Hackmann, University of Chicago

Mason Hackmann argues that the main driver of the current levels of inflation is irresponsibly low interest rates based on a discretionary US Federal Reserve monetary policy. He asserts that monetary policy rules, such as the Taylor rule, will strengthen the credibility of the Fed, optimize real GDP growth, and lead to greater price stability.

Anika Horowitz writes that the United States government is experiencing a crisis of legitimacy. To restore confidence and reestablish accountability of the unelected experts in the federal bureaucracy, she argues that government agencies should no longer have the authority to interpret law. Horowitz also makes the case for reforming incentive structures so that bureaucrats enforce rules and regulations narrowly and effectively; increasing transparency by ending qualified immunity for government officials; allowing more agency jobs to be filled with political appointees; and improving public comment periods and procedures before regulations go into effect.

Morten Hybschmann asserts that until now, United States policy makers have misinterpreted the threat posed by cyber warfare. He advocates a change in policy that would decentralize cyber security measures into a network structure to create resilience. He proposes that the United States modify its international posture away from strategic ambiguity, declaring to rivals which targets are off limits and in turn deterring strategic cyberattacks by threatening retaliation. Additionally, he argues that the White House continue to establish respected norms and international law for cyberspace.

“America and the Comprehensive and Progressive Agreement for Trans-Pacific Partnership: The Case for a New Chapter of US-Asia Policy”
By Zachary Wahab-Cheek, London School of Economics

Zachary Wahab-Cheek advocates for US participation in the Comprehensive and Progressive Agreement for the Trans-Pacific Partnership, or CPTPP, the successor of the Trans-Pacific Partnership, from which the Trump administration withdrew in 2017. Wahab-Cheek explains that benefits of CPTPP membership include access to new markets for American agricultural products; the creation of better global standards for labor and environmental protections; and deepened US relationships with countries in Asia that would translate into stronger security cooperation.

“Informed Consent: The Market Place of Ideas as an Imperative for Free and Open Elections”
By Jayson Michael Warren, Clemson University

Jayson Michael Warren argues that social media companies and big-data firms can act with impunity in steering voters toward a candidate, party, or policy. Meanwhile restrictions are placed on individual campaign contributions and broadcasters’ ability to provide free airtime to candidates. This regulatory gap, he asserts, constitutes a direct threat to democratic ideals and informed consent of the governed. Warren proposes a policy mechanism that would regulate social media and big data as public utilities, under the oversight of the Federal Communications Commission. Firms would be required to disclose interventions on countering mis/disinformation, and users would need to verify their identities prior to gaining access to services.