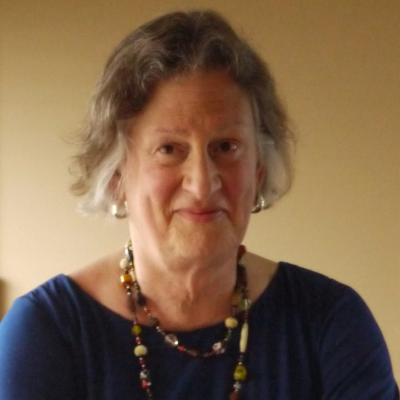 Alice Lyman Miller is a research fellow at the Hoover Institution and lecturer in East Asian studies at Stanford.

Miller first joined the Hoover Institution in 1999 as a visiting fellow. She also served as a senior lecturer in the Department of National Security Affairs at the US Naval Postgraduate School in Monterey, California, 1999-2014. Before coming to Stanford, Miller taught at the School of Advanced International Studies (SAIS) at Johns Hopkins University in Washington, DC. From 1980 to 1990, she was a professorial lecturer in Chinese history and politics at SAIS. From 1990 to 2000, she was an associate professor of China studies and, for most of that period, director of the China Studies Program at SAIS. She also held a joint appointment as adjunct associate professor in the Department of Political Science at Johns Hopkins from 1996 to 1999 and as adjunct lecturer in the Department of Government, Georgetown University, from 1996 to 1998. From 1974 to 1990, Miller worked in the Central Intelligence Agency as a senior analyst in Chinese foreign policy and domestic politics and as a branch and division chief, supervising analysis on China, North Korea, Indochina, and Soviet policy in East Asia. Miller has lived and worked in Taiwan, Japan, and the People’s Republic of China; she speaks Mandarin Chinese.

Miller's research focuses on Chinese foreign policy and domestic politics and on the international relations of Asia. Since 2001, she has served as general editor and regular contributor to the Hoover Institution’s China Leadership Monitor, which offers authoritative assessments of trends in Chinese leadership politics and policy to US policymakers and the general public. She is also working on a new book, tentatively entitled The Evolution of Chinese Grand Strategy, 1550–Present, which brings a historical perspective to bear on China's rising power in the contemporary international order.

Miller has published extensively on policy issues dealing with China, including several in the Hoover Digest. Others include "The Foreign Policy Outlook of China's Third-Generation Elite,” with Liu Xiaohong, in The Making of Chinese Foreign and Security Policy in the Era of Reform (David M. Lampton, ed., University of California Press, 2001); "The Late Imperial State," in festschrift for Franz Michael, The Modern Chinese State (David Shambaugh, ed., Cambridge University Press, 2000); and "Is China Unstable?" in Is China Unstable? (David Shambaugh, ed., M.E. Sharpe, 2000). She is the author of Science and Dissent in Post-Mao China: The Politics of Knowledge (University of Washington Press, 1996) and, with SAIS professor Richard Wich, Becoming Asia: Change and Continuity in Asian International Relations since World War II (Stanford University Press, 2011).

Miller won the Distinguished Teaching Award at Johns Hopkins University in 1994–95 and the Schieffelin Award for Excellence in Teaching at the Naval Postgraduate School in 2012. Miller has been interviewed on Voice of America, National Public Radio, CNN, and in Business Week, the Wall Street Journal, the Washington Post, as well as press from Japan, Taiwan, and the People's Republic of China.