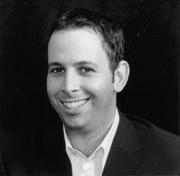 Amichai Magen was a W. Glenn Campbell and Rita Ricardo-Campbell National Fellow for 2008–2009 at the Hoover Institution.

Magen will be working on "National Security, The Rule of Law and Its Promotion Abroad" and a book project, "The Jewish Republic: Replacing Israel's Socialist Roots with a Market-Based Civic Society" during his fellowship. His residency dates are September 2, 2008 through July 13, 2009.