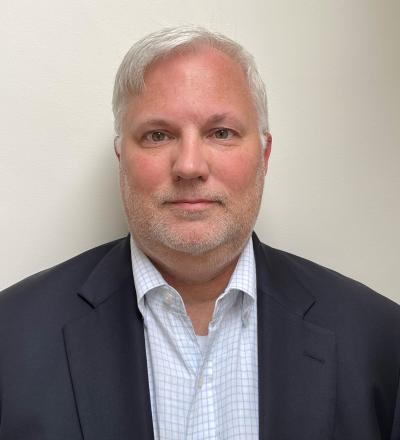 Joel Rayburn is a historian of the Middle East and a former diplomat and military officer. He is currently writing a history of the Syrian conflict under a research grant from the Smith Richardson Foundation. Previously, Rayburn served as Special Advisor for Middle East Affairs in the office of Senator Bill Hagerty (R-TN) from January to July 2021.

From July 2018 to January 2021, Rayburn was the U.S. Special Envoy for Syria. In that post, he oversaw U.S. diplomatic activities concerning Syria, supervised more than 100 diplomats and civil servants across the Middle East and Europe, and, from November 2020 to January 2021, served as U.S. chief of mission for Syria. Until November 2020, Rayburn was also Deputy Assistant Secretary for Levant Affairs, responsible for implementing U.S. policy concerning Syria, Jordan, and Lebanon.

Before joining the State Department, Rayburn served 26 years as a U.S. Army officer, with his final assignment as senior director for Iran, Iraq, Syria, and Lebanon on the National Security Council staff in 2017-2018. Commissioned from West Point in 1992, Rayburn served in assignments in Europe, the Middle East, South Asia, and the United States, including several deployments to Iraq, Afghanistan, and Bosnia. As a field artillery officer, Rayburn served in the 1st Armored Division from 1993-1996, during which he deployed to Kuwait as part of Operation Intrinsic Action and to Bosnia-Herzegovina as part of NATO’s IFOR. After transferring into the military intelligence corps in 1997, Rayburn served at Fort Huachuca, Arizona and in the 4th Infantry Division at Fort Hood, Texas. He also served as a Balkans intelligence analyst at the EUCOM Joint Analysis Center, RAF Molesworth, in 1999-2000. Rayburn then taught history at West Point from 2002-2005 and served as an advisor to General John Abizaid at U.S. Central Command from 2005 to 2007. In 2007 he served on the Joint Strategic Assessment Team assembled by General David Petraeus and Ambassador Ryan Crocker in Baghdad. From 2007 to 2011 he was a strategic intelligence advisor to General Petraeus in Iraq, Central Command (Tampa), and Afghanistan. From 2011 to 2012, Rayburn was a senior military fellow at the Institute of National Strategic Studies.

From 2013 to 2016 Rayburn directed the Army’s Operation Iraqi Freedom Study Group, where he led the writing of a history of the Iraq war and assembled operational lessons to be drawn from the conflict. In 2018, the group’s work was published in the two-volume study The U.S. Army in the Iraq War, for which Rayburn was co-author and editor.

Rayburn holds an MA in History from Texas A&M University and an MS in Strategic Studies from the National War College.  He hails from Oklahoma and lives in Washington, DC with his family.