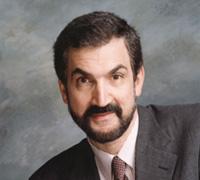 Daniel Pipes was the Taube Distinguished Visiting Fellow at the Hoover Institution until August 31, 2012 and director of the Middle East Forum, a public policy institute that seeks to define and promote American interests in the Middle East.

Pipes’s biweekly column appears regularly in the Jerusalem Post and other newspapers around the globe. He has also published in such magazines as the Atlantic Monthly, Commentary, Foreign Affairs, Harper's, National Review, New Republic, Time, and the Weekly Standard. More than a hundred American newspapers have carried his articles, including the Los Angeles Times, New York Times, Wall Street Journal, and Washington Post. His writings have been translated into thirty-three languages and have appeared in such newspapers as ABC, Corriere della Sera, the Daily Telegraph, Le Figaro, La Razón, Neue Zürcher Zeitung, the Sydney Morning Herald, and Die Welt.

He has taught at the University of Chicago, Harvard University, the US Naval War College, and Pepperdine University. Pipes has served in various capacities in the US government, including two presidentially appointed positions: vice chairman of the Fulbright Board of Foreign Scholarships and board member of the US Institute of Peace. He was director of the Foreign Policy Research Institute in 1986–93. In addition, Pipes sits on five editorial boards.

Pipes received his AB (1971) and PhD (1978) from Harvard University, both in history, and spent six years studying abroad, including three years in Egypt.