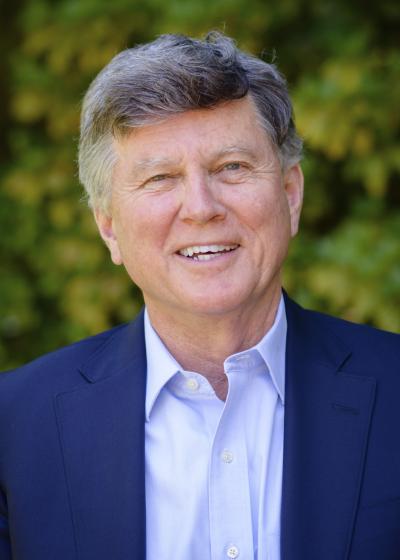 David M. Kennedy, a 1963 Stanford University graduate, is the Donald J. McLachlan Professor of History, Emeritus, and the founding faculty director of the Bill Lane Center for the American West at Stanford. He is a native of Seattle.

Professor Kennedy has long taught courses in the history of the twentieth-century United States, US foreign policy, American literature, and the history of the North American West. Graduating seniors have four times elected him as Class Day speaker. He received the Dean’s Award for Distinguished Teaching in 1988 and the Hoagland Prize for Excellence in Undergraduate Teaching in 2005.

Reflecting his interdisciplinary training in American Studies at Yale University, which combined the fields of history, literature, and economics, Professor Kennedy’s scholarship and teaching are notable for integrating economic and cultural analysis with social and political history, and for engaging with questions of America’s national character as well as its distinctive regional identities. His Pulitzer Prize–winning book Freedom from Fear: The American People in Depression and War, 1929–1945 (1999) recounts the history of the American people in the two great crises of the Great Depression and World War II, both of which episodes deeply shaped the American West. With Lizabeth Cohen, Kennedy is also the co-author of a textbook in American history, The American Pageant, now in its seventeenth edition.

Kennedy has taught and lectured about American history in Italy, Germany, Turkey, Denmark, Finland, Canada, Britain, Ireland, Australia, Russia, and China. He has been featured in several historical documentary films, including American Creed (PBS, 2018), produced jointly with Hoover director Condoleezza Rice. Secretary of Agriculture Tom Vilsack appointed him in 2014 to the Advisory Council for the Pacific Northwest National Scenic Trail.