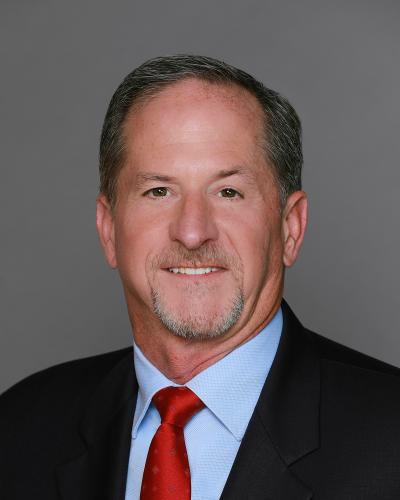 Retired Air Force Gen. David L. Goldfein is a 1983 graduate of the U.S. Air Force Academy who completed a 37-year career as a combat fighter pilot. During his service, he commanded at every level and finished his career as the 21st Chief of Staff, the service’s highest-ranking four-star officer.

As Chief, Goldfein had wide-ranging operational and advisory responsibilities, including oversight of the organization, training, and equipping of more than 693,000 personnel serving in the United States and in over a dozen countries around the world, plus management of a $168-billion operating budget. He developed and championed the Department of Defense’s signature joint warfighting initiative, Joint All Domain Command and Control. Central to his vision was the creation of the Department’s first Information Warfare Command, which brought together the capabilities of cyber, intelligence, electronic warfare, and information operations.

Goldfein has held numerous command positions, including serving as the deployed Air Component Commander for the U.S. Central Command, where he directed all air and space operations across twenty countries spanning the broader Middle East. He successfully envisioned and built the first-ever Gulf Air Operations Center, with representation from all six Gulf Cooperation Council countries inside his headquarters.

He is a graduate of the U.S. Air Force Weapons School and is a command pilot with more than 4,200 flying hours in the F-16, F-117 and other aircraft. He flew combat missions in Operations Desert Shield, Desert Storm, Allied Force, and Enduring Freedom.

Goldfein serves as Senior Advisor to the Blackstone Group, the world’s largest alternate investment firm based in New York City, and is Chairman of the Board of Draken International, LLC. Goldfein also serves on the Advisory Board of Anduril Industries, Inc. He is a Distinguished Visiting Fellow in the Hoover Institute at Stanford University; is a Senior Fellow with Johns Hopkins Applied Physics laboratory; and is a Professor of Practice in the College of Business with the University of Texas in El Paso and San Antonio. Goldfein serves on the Board of the United Services Organizations (USO) and the Air Force Association.

Together with his wife, Dawn, they serve on the Leadership Council of the Bob Woodruff Foundation focused on helping victims of traumatic brain injury. They also serve as mentors for CAPSTONE and KEYSTONE military leadership courses for newly selected general and flag officers and their spouses.