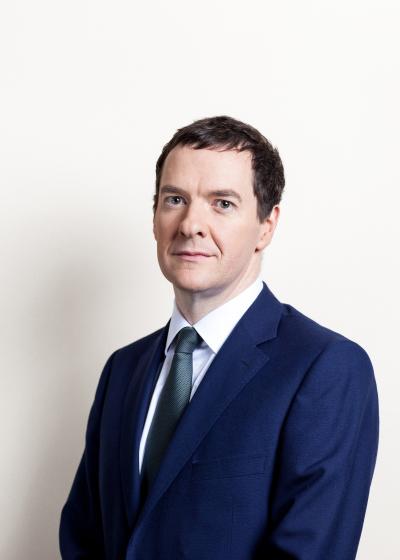 George Osborne is the William C. Edwards Distinguished Visiting Fellow at the Hoover Institution and Dean's Fellow at the Stanford Graduate School for Business. From 2010 to 2016 he served as Britain's Chancellor of the Exchequer - one of the longest periods anyone has held the office. During that time George was a member of the National Security Council, and from 2015 to 2016 he also served as Britain's First Secretary of State. From 2001 to 2016, he was a Conservative Member of Parliament representing the Cheshire constituency of Tatton in the House of Commons.

George is currently the Editor of the Evening Standard, London's daily newspaper. He is also the Chair of the Northern Powerhouse Partnership, a not-for-profit organisation he created  that promotes economic development in the North of England. He is the Kissinger Fellow at the McCain Institute for International Leadership, and an honorary professor of economics at the University of Manchester in the UK. He is an adviser to BlackRock Investment Institute.

In August 2016, George was made a Companion of Honour by Her Majesty the Queen.

He has a Masters Degree from Oxford University in Modern History, and was a Dean Rusk Scholar at Davidson College, North Carolina.

George lives in London, is married to the writer Frances Osborne and they have two teenage children.