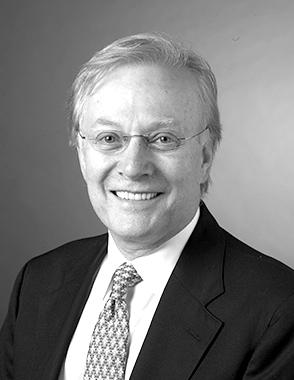 Herbert J. Walberg, a distinguished visiting fellow at the Hoover Institution, is a University Scholar at the University of Illinois at Chicago. Walberg was a member of the Koret Task Force on K–12 Education from 1999 to 2013. His research focuses on educational productivity and human accomplishments.

Walberg, who was confirmed as a member of the National Board for Education Sciences, joined two other Koret Task Force members in overseeing the research arm of the US Department of Education; he also served on the National Assessment Governing Board. Walberg is also chairman of the board of directors of the Heartland Institute, an independent, nonprofit research center headquartered in Chicago that provides policy analysis to national and state governments and journalists. Walberg joined the board of directors in 1993 and has served as its chairman since 1995.

Walberg has written or edited more than seventy books, including Radical Education Reforms with Chester Finn, a Hoover Institution distinguished visiting fellow and Koret Task Force member. Walberg has also written approximately 350 articles on such topics as the causes and effects of learning, teaching and instructional effectiveness, national comparisons of achievement, and educational measurement and evaluation. His articles have appeared in widely circulated journals, including Daedalus, Educational Leadership, Kappan, and Nature, and in such newspapers as the Chicago Tribune, the Wall Street Journal, and the Washington Post. His most recent book is Tests, Testing, and Genuine School Reform (Hoover Institution Press, 2011).

Walberg has held research posts at the Educational Testing Service and the University of Wisconsin and has taught at Harvard University. He has been frequently called to testify before US congressional committees and federal courts on educational matters.

Walberg earned his PhD in educational psychology from the University of Chicago.