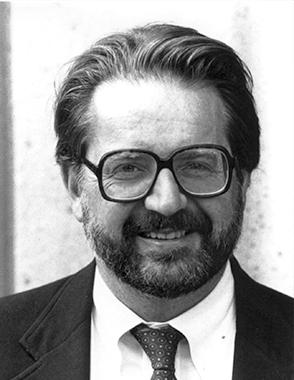 John B. Dunlop is an emeritus senior fellow at the Hoover Institution. He is an expert on Soviet and Russian politics from 1985 to the present, Russia’s two wars in Chechnya, ethnic Russian nationalism, and the politics of religion in Russia. His current research focuses on the origins of the Putin regime in 1998–99.

In testimony before a subcommittee of the Committee on Foreign Affairs of the US House of Representatives in July 1991, Dunlop predicted the collapse of the Soviet Union, which occurred the following December. He chronicled that collapse in his book, which is still in print, The Rise of Russia and the Fall of the Soviet Union (Princeton University Press, 1993, 1995) and in an essay that appeared in the Journal of Cold War Studies (no. 1, 2003).

His publications include The Moscow Bombings of September 1999: Examinations of Russian Terrorist Attacks at the Onset of Vladimir Putin’s Rule (2012), Russia Confronts Chechnya: Roots of a Separatist Conflict (Cambridge University Press, 1998), The 2002 Dubrovka and 2004 Beslan Hostage Crises: a Critique of Russian Counter-Terrorism (Ibidem Verlag, 2006), The New Russian Nationalism (Praeger Publishers, 1985), and The Faces of Contemporary Russian Nationalism (Princeton University Press, 1983).

A professor and department chair at Oberlin College from 1970 to 1983, Dunlop was a national fellow at the Hoover Institution in 1978–79. He has been a visiting professor at Stanford and Princeton Universities, a visiting Olin Senior Fellow at Radio Liberty in Munich, and an academic visitor at the London School of Economics and Political Science.

Dunlop served as acting director of the Center for Russian, East European and Eurasian Studies at Stanford in 2008. From 1997 to 2003, he was a member of the Overseers’ Committee to Visit the Kathryn W. and Shelby Cullom Davis Center for Russian Studies, Harvard University.