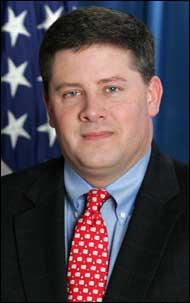 Keith Hennessey was a research fellow at the Hoover Institution. His appointment ended on August 31, 2012. He is a lecturer at the Stanford Graduate School of Business. He served as director of the National Economic Council and assistant to the president for economic policy for President George W. Bush from November 2007 to January 2009. As such, he was involved in analyzing economic issues and coordinating the design of the president's economic policies, including advising President Bush on his administration’s response to the financial crisis of 2008. Before being named director of the National Economic Council, he was deputy assistant to the president and deputy director of the National Economic Council under three directors. Hennessey spent seven years as staff for two senators, most of that time as economic policy adviser to Senate majority leader Trent Lott. He recently served as a member of the Financial Crisis Inquiry Commission. He earned a BAS in mathematics and political science from Stanford and a MPP from Harvard's Kennedy School.