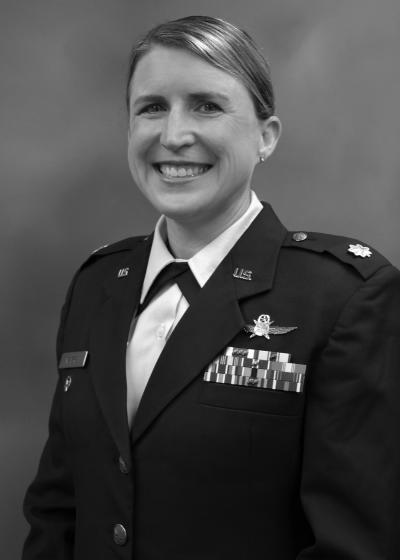 Lieutenant Colonel Angela “pH” Waters, representing the US Air Force, was a National Security Affairs Fellow for the academic year 2019–20 at the Hoover Institution.

She earned undergraduate degrees in electrical and computer engineering from the University of Nebraska–Lincoln in 2003. She holds graduate degrees in electrical engineering from the Air Force Institute of Technology, in computer assurance and information security from Dakota State University, and in military strategy from the School of Advanced Air and Space Studies.

As a fellow at Hoover, her research will focus on cyberspace security and national defense.