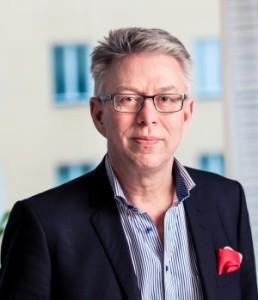 Nils Karlson is the founding president and CEO of the Ratio institute in Stockholm, Sweden. He is an economist, a political scientist, and a professor at Linköping University, working in the fields of institutional economics, political theory, public choice, industrial relations, and constitutional political economy. Prior to founding Ratio he was the president of the City University of Stockholm. After postgraduate studies in economics at George Mason University and in political science at Uppsala University, he worked as a university lecturer, government advisor, and editorial writer. He has led numerous research projects and has published more than 25 books with Swedish and international academic publishers, as well as a large number of academic papers and book chapters. He is a board member of the Mont Pelerin Society and a member of the Royal Swedish Academy of Engineering Sciences.

His research is focused on the interaction between politics, markets, and civil society in Western democracies and welfare states. Major interests in statecraft and liberal, welfare-enhancing reform, constitutional design, and the consequences of welfare state expansion. Special interests in labor market models and collective bargaining, education and skills formation, virtue ethics, entrepreneurship and market processes, and the future of the European Union.