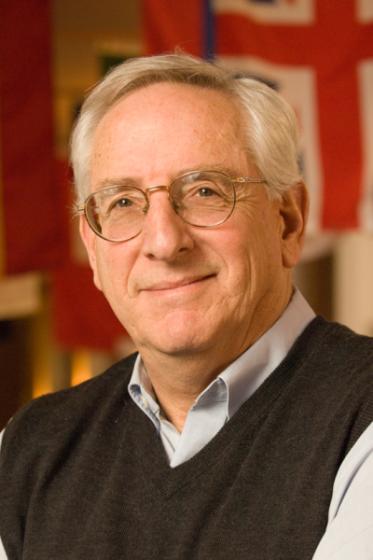 Norman M. Naimark is a senior fellow (courtesy) at the Hoover Institution. He is also the Robert and Florence McDonnell Professor of East European Studies and a senior fellow of Stanford's Freeman-Spogli Institute.

Naimark is an expert in modern East European and Russian history. His current research focuses on Soviet policies and actions in Europe after World War II and on genocide and ethnic cleansing in the twentieth century.

Naimark is the author of the critically acclaimed volumes The Russians in Germany: The History of the Soviet Zone of Occupation, 1945–1949 (Harvard, 1995), Fires of Hatred: Ethnic Cleansing In 20th Century Europe (Harvard, 2001), and Stalin's Genocides (Princeton, 2010). He is also the author of the volumes Terrorists and Social Democrats: The Russian Revolutionary Movement under Alexander III (Harvard, 1983) and The History of the "Proletariat": The Emergence of Marxism in the Kingdom of Poland, 1870–1887 (Columbia, 1979). In his recent book, Genocide: A World History (Oxford University Press, 2016), Naimark examines the main episodes in the history of genocide from the beginning of human history to the present.

He is or has been a member of editorial boards of a number of major professional journals in this country and abroad, including the American Historical Review, the Journal of Contemporary History, the Journal of Cold War Studies, Jahrbuch Fuer Historische Kommunismusforschung, Kritika, the Journal of Modern European History, and East European Politics and Societies.

Naimark was former president and board member of the American Association for the Advancement of Slavic Studies. He served for many years on the Visiting Committee of the Davis Center for Russian Studies at Harvard and was former chair of the Joint Committee on Eastern Europe of the American Council of Learned Societies and Social Science Research Council. He served on the academic advisory board of the Center for Contemporary History Studies in Potsdam, Germany, and presently serves on the academic board of the “Vertreibung” Museum in Berlin. He is recipient of the Officers Cross of the Order of Merit from the Federal Republic of Germany. Most recently, he was elected as a foreign corresponding member of the Austrian Academy of Sciences.

At Stanford, Naimark served two terms on the Academic Senate, as well as on its Steering Committee. Also, he was chair of the Department of History, director of the Center for Russian and East European Studies, and director of the International Relations and International Policy Studies Programs. In 1995, he was awarded the Richard W. Lyman Award (for outstanding faculty volunteer service). He twice was recipient of the Dean's Award for Distinguished Teaching (1991–92, 2002–3).

Naimark earned a BA (1966), MA (1968), and PhD (1972) in history from Stanford University. Before returning to Stanford in 1988, Naimark was a professor of history at Boston University and a fellow at the Russian Research Center at Harvard. He also held the visiting Kathryn Wasserman Davis Chair of Slavic Studies at Wellesley College.

Stalin and the Fate of Europe: The Postwar Struggle for Sovereignty
Learn More