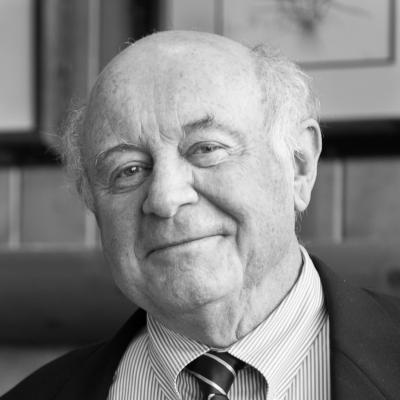 Paul T. Hill is a distinguished visiting fellow at the Hoover Institution and a member of the Koret Task Force on K–12 Education. He is the founder and former director of the Center on Reinventing Public Education at the University of Washington.

Hill is also a nonresident senior fellow of the Brookings Institution’s Governance Studies Program. For Brookings he led a national working commission on educational choice whose report, School Choice: Doing It the Right Way Makes a Difference, was published in November 2003. His most recent books are Learning as We Go: Why School Choice Is Worth the Wait (Hoover Institution Press, 2010) and Strife and Progress: Portfolio Strategies for Managing Urban Schools (Brookings, 2012).

Hill is the coauthor of Charter Schools against the Odds (Education Next Books, 2006) and editor of Choice with Equity (Hoover Institution Press, 2002), both assessments by the Koret Task Force.

His book, Fixing Urban Schools (Brookings Institution) is a primer for city leaders and foundations on strategies for transforming failing urban public school systems. He is also the author (with Lawrence Pierce and James Guthrie) of Reinventing Public Education: How Contracting Can Transform America's Schools, and he contributed a chapter to Private Vouchers, edited by Hoover Institution senior fellow and Koret Task Force member Terry M. Moe.

Hill is the 2007 recipient of the Thomas J. Fordham Prize for Distinguished Scholarship.

Before joining the University of Washington, Hill worked for seventeen years as a senior social scientist in RAND's Washington office. In addition to his work on education policy, he contributed to RAND studies on national defense, military R&D, and acquisition policy. While at RAND he served as director of Washington operations (1981–87) and director of the education and human resources program (1979–80).

As a government employee (1970–77) Hill directed the National Institute of Education's Compensatory Education Study (a congressionally mandated assessment of federal aid to K-12 education) and conducted research on housing and education for the Office of Economic Opportunity. He also served two years as a congressional fellow and congressional staff member.