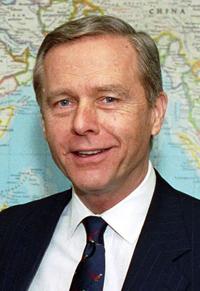 Pete Wilson is a distinguished visiting fellow at the Hoover Institution and was California’s thirty-sixth chief executive, serving as governor from 1991 to 1999. He was first appointed as a distinguished visiting fellow in 1999. Wilson previously served eight years as a United States senator (1983–91), eleven years as mayor of San Diego (1971–83), and five years as a California state assemblyman (1967–71).

His focus at the Hoover Institution includes the reform of primary and secondary education and national security issues. He is on the governing boards of the National D-Day Museum, the Ronald Reagan Presidential Foundation, the Richard M. Nixon Library and Birthplace Foundation, and the Donald Bren Foundation and is a founding director of the California Mentor Foundation.

Since leaving office, Wilson has received the Woodrow Wilson Institute Award for Distinguished Public Service and the Patriots Award from the Congressional Medal of Honor Society.