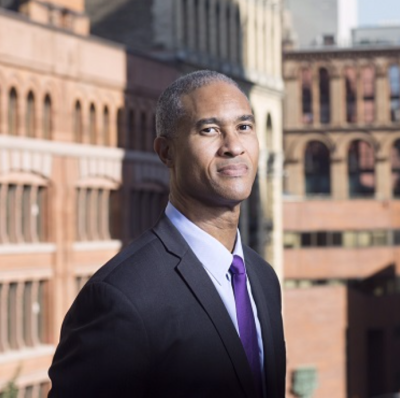 Peter Blair Henry is the Class of 1984 Senior Fellow at Stanford University’s Hoover Institution, senior fellow at Stanford’s Freeman Spogli Institute for International Studies, and dean emeritus of New York University’s Leonard N. Stern School of Business. The youngest person ever named to the Stern Deanship, Peter served as dean from January 2010 through December 2017 and doubled the school’s average annual fundraising. Henry is the former Konosuke Matsushita Professor of International Economics at the Stanford Graduate School of Business (2001–6), where his research was funded by a National Science Foundation CAREER Award, and he has authored numerous peer-reviewed articles in the flagship journals of economics and finance, as well as a book on global economic policy, Turnaround: Third World Lessons for First World Growth (Basic Books).

A vice chair of the boards of the National Bureau of Economic Research and the Economic Club of New York, Henry also serves on the boards of Citigroup and Nike. In 2015, he received the Foreign Policy Association Medal, the highest honor bestowed by the organization, and in 2016 he was honored as one of the Carnegie Foundation’s Great Immigrants.

With financial support from the Hoover Institution and the Alfred P. Sloan Foundation, Henry leads the PhD Excellence Initiative (PhDEI), a postbaccalaureate program designed to address underrepresentation in economics by mentoring exceptional students of color interested in pursuing doctoral studies in the field. For his leadership of the PhDEI, Peter received the 2022 Impactful Mentoring Award from the American Economic Association.

Henry received his PhD in economics from MIT and bachelor’s degrees from Oxford University, where he was a Rhodes Scholar, and the University of North Carolina at Chapel Hill, where he was a Morehead-Cain Scholar, a member of Phi Beta Kappa, a reserve wide receiver on the football team, and a finalist in the 1991 campuswide slam dunk competition.

Born in Kingston, Jamaica, in 1969, Henry became a US citizen in 1986. He lives in Stanford and Düsseldorf with his wife and four sons.