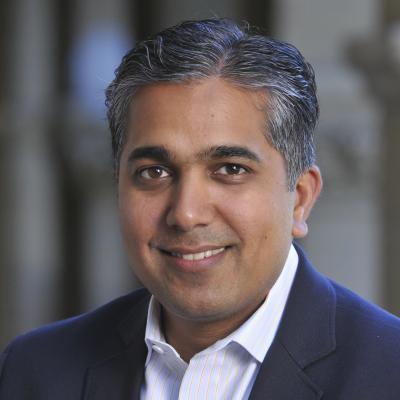 Raj Shah is a visiting fellow at the Hoover Institution. Shah is a technology entrepreneur and investor.  Most recently he was the Managing Partner of the Pentagon's Defense Innovation Unit Experimental (DIUx), reporting directly to the Secretary of Defense.  Raj led DIUx in its efforts to strengthen our Armed Forces through contractual and cultural bridges between Silicon Valley and the Pentagon.  Previously he was senior director of strategy at Palo Alto Networks, which acquired Morta Security, where he was CEO and Co-Founder.  He began his business career as a consultant with McKinsey & Co.  Raj serves as an F-16 pilot in the Air National Guard and has completed multiple combat tours.  He holds an AB from Princeton University and an MBA from The Wharton School.