Historians will remember the Obama administration for its ideological disregard of the rule of law. 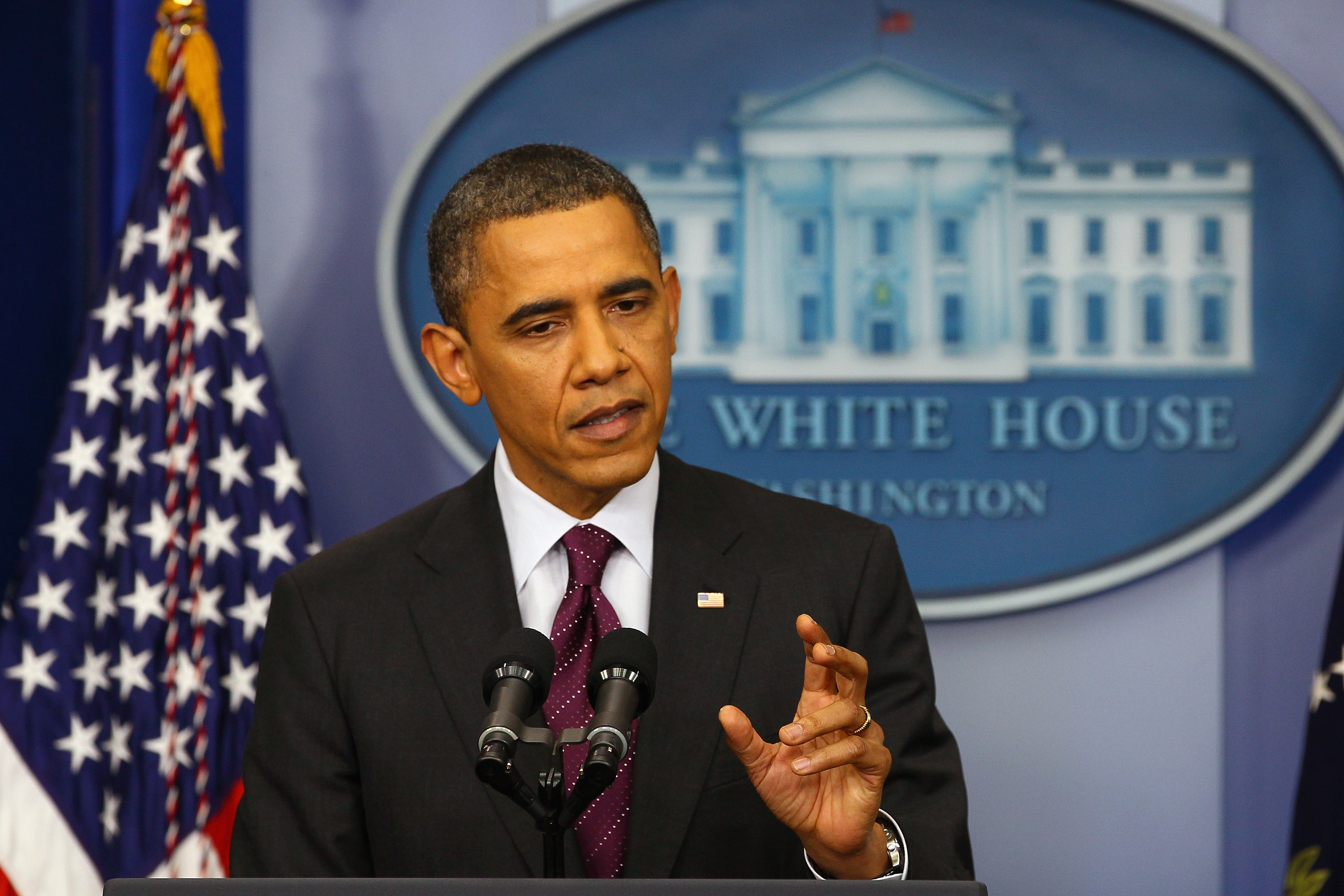 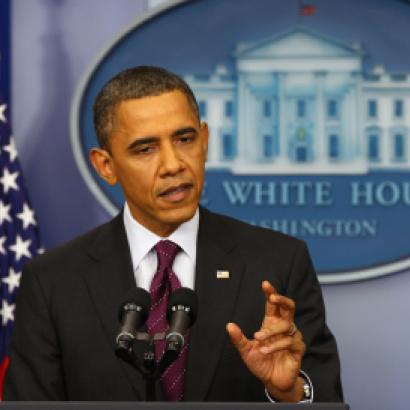 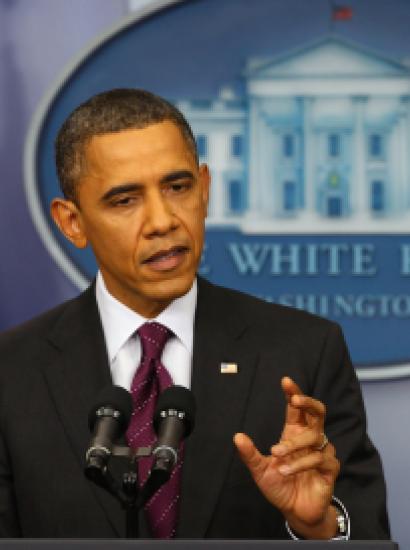 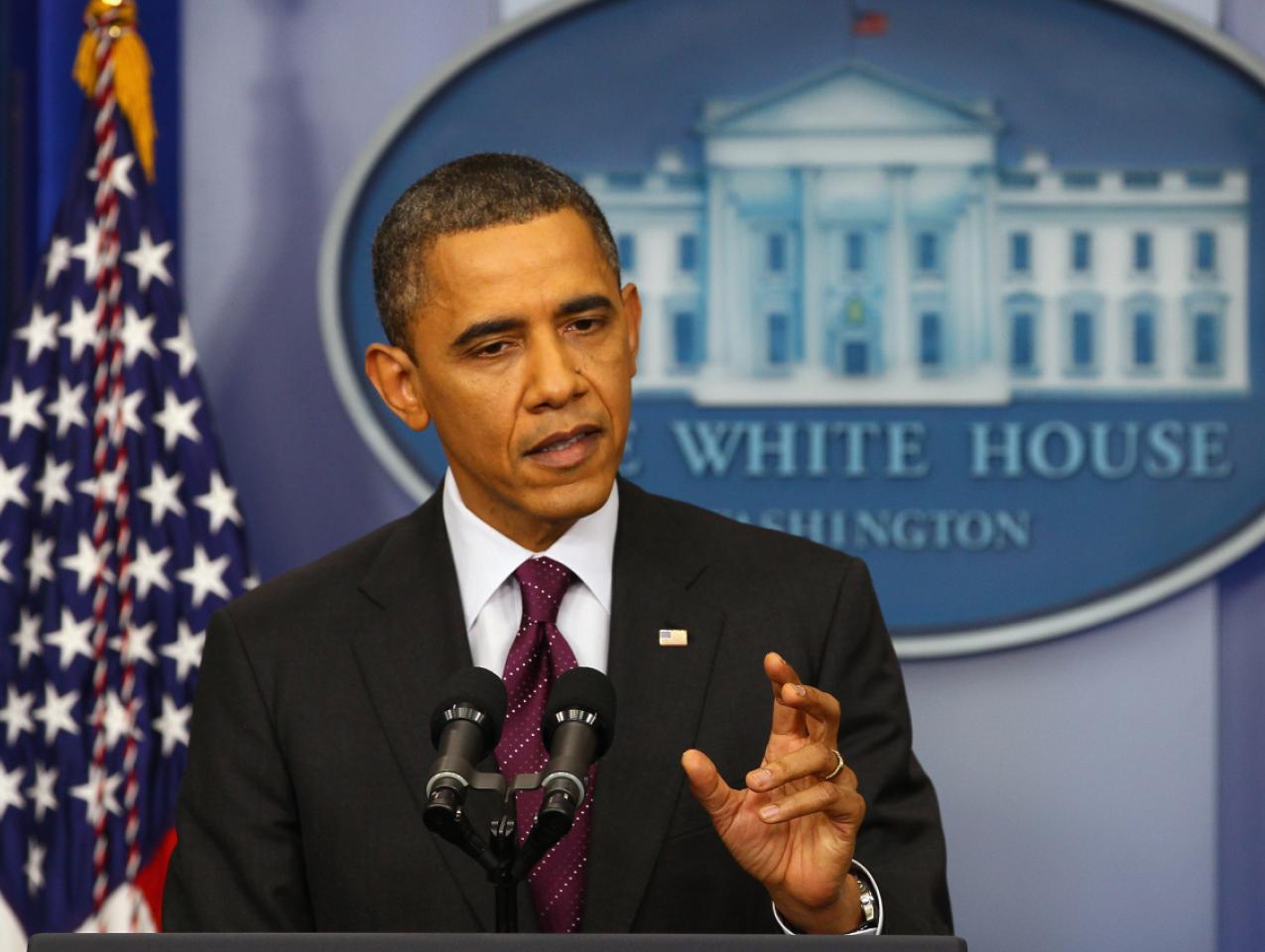 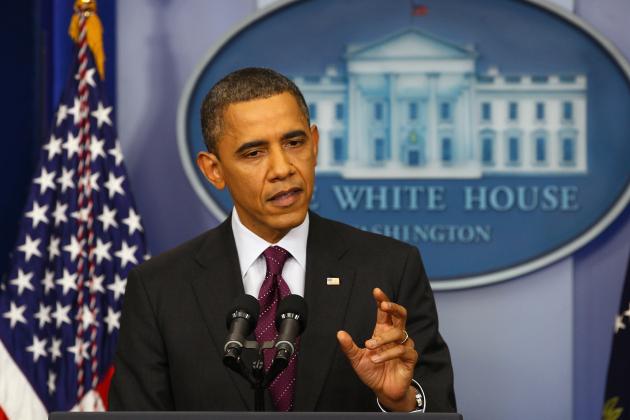 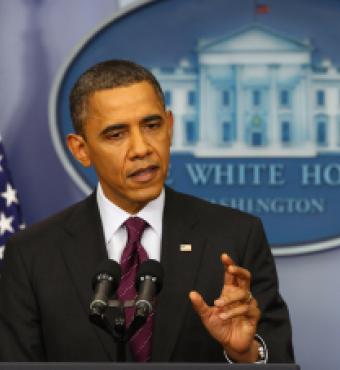 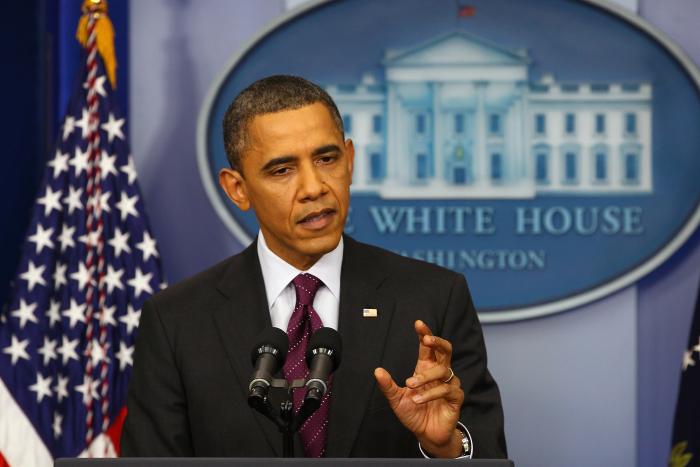 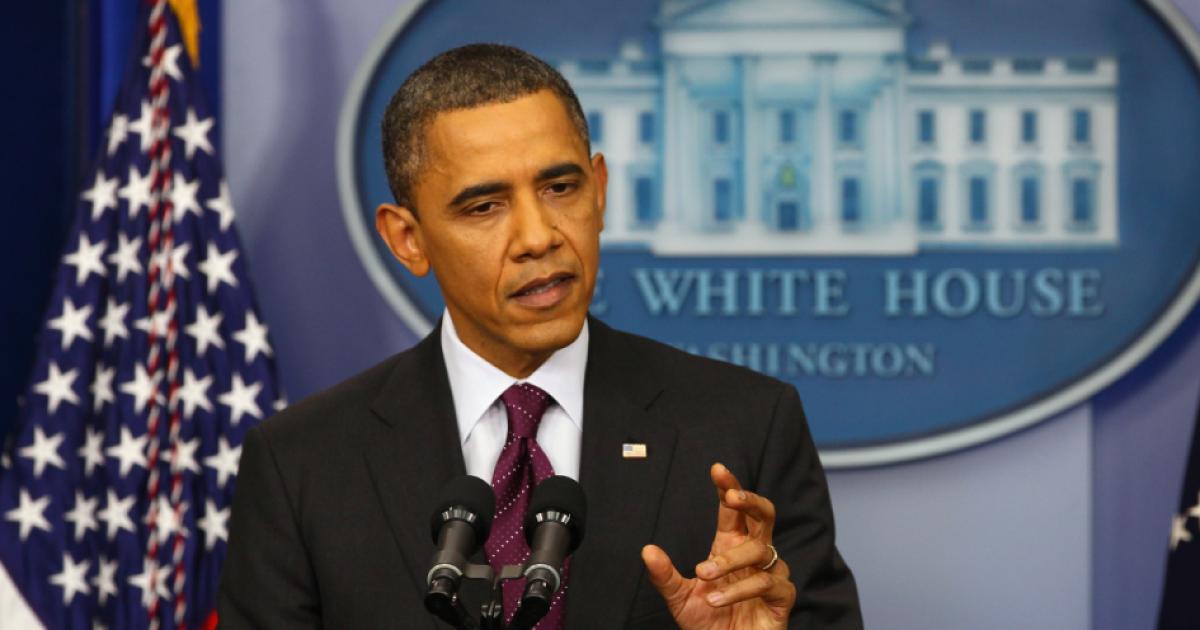 Name a government agency or cabinet, and chances are its reputation has nosedived since 2008.  A Pew poll, which has charted public trust in the federal government over some 57 years, hit a historic low last year, with only 19% expressing confidence in Washington. Despite President Obama’s campaign promises in 2008 to usher in a new era of accountability and transparency, formerly disinterested agencies have either been politicized to the point of corruption or rendered ineffective by the appointment of incompetent and politically driven directors.

The Hillary Clinton email scandal has tarnished the reputation of both the FBI and the Department of Justice for the foreseeable future. FBI Director James Comey concluded that his agency’s investigation of Clinton’s careless use of private emails to transmit confidential and classified communications on a private server likely led to security compromises, but that her actions were not a result of intentional wrongdoing—and thus not in his view prosecutable. However, the statutes in question do not require willful intent to break the law, only negligence (the causes of such dangerous carelessness are irrelevant).

Clinton’s conduct has been described as “extremely careless” and yet neither Comey nor progressive legal gymnasts have been able to explain why that’s not synonymous with the statute’s standard of “gross negligence” for indictments—as if the adverb “extremely” is not a synonym for the adjective “gross,” or the adjective “careless” is not equivalent to the noun “negligence.”

In other words, Comey laid out a case for wrongdoing but then erroneously reinterpreted the law to largely exonerate Clinton, the all but certain Democratic nominee for president. His conclusions followed the bizarre meeting on the Phoenix airport tarmac between the private jets of Attorney General Loretta Lynch and former President Bill Clinton. The two allegedly serendipitously met and yet ordered the private meeting to be kept from the media. Surely two Ivy League trained lawyers know that the spouse of someone under investigation does not consult privately with the principle prosecuting attorney in an ongoing case.

On the day of Comey’s announcement, Clinton was scheduled to campaign with President Obama, Lynch’s boss. And earlier, unnamed Clinton advisors had reported to The New York Times that Lynch would be welcome to stay on as Attorney General in Hillary Clinton’s envisioned administration—purportedly to “prioritize diversity.” The resulting incoherence of the FBI and numerous angles of conflict of interest in the Obama Department of Justice have nearly tarnished the reputations of both agencies. After all, ordinary Americans do not get away with having their spouses meet off the record with the principal district attorney about their ongoing exposure to tax evasion charges, or find exemptions on the grounds that their serial violations of statutes were supposedly without ill-intent, or, if in a possible position of superiority, promise to retain the prosecuting attorney at a future date.

Lynch, remember, replaced Attorney General Eric Holder, the first and only AG to be held in contempt by Congress. Holder was at the center of scandals, both personal and professional, ranging from the failed Fast and Furious gun-running sting operation to the unlawful use of a private government jet to junket family and friends to the Belmont Stakes horse race. He also dropped a voter intimidation case by the New Black Panther Party and made inflammatory statements such as referring to African-Americans as “my people” and deriding America as a “nation of cowards” for not framing racial issues in the manner Holder would have wished. To top it all off, toward the end of his time in DOJ, he was accused of improper and stealthy surveillance of Associated Press journalists. For her part, Lynch, when called to testify before Congress, on 74 occasions refused to answer questions concerning the administration decision not to pursue an indictment for Clinton’s likely violations of the Espionage Act.

The Internal Revenue Service is likewise now a tainted agency, having lost the public trust. In similar fashion to the Clinton email scandal, the FBI found that the IRS had mismanaged taxpayer accounts, but argued that the agency had no deliberate intent to break the law. Yet Lois Lerner, an IRS director of tax-exempt organizations, publicly confessed to targeting Tea Party groups and others deemed inordinately conservative. Lerner, who pled the Fifth Amendment before Congress and was held in contempt, was allowed to retire with full pension, after ensuring that several conservative grassroots organizations were denied tax-exempt status in the critical months before the 2012 presidential campaign.

It doesn’t stop there. The director of the EPA, Lisa Jackson, stepped down shortly after Obama’s reelection, given that she belatedly admitted to using a false email alias “Richard Windsor” to conduct official EPA correspondence in a fashion that was not subject to public transparency. After pressure from congressional committees and the EPA’s own inspector general’s requirement for Jackson to produce some 12,000 “Richard Windsor” alias emails, Jackson resigned—and was almost immediately hired as an environmental consultant by Apple Inc.

The United States may not any longer have the capability to launch a rocket capable of sending men into space, but the National Aeronautical and Space Administration administrator Charles Bolden, shortly after assuming office, assured the public that among the agency’s foremost priorities would be “to reach out to the Muslim world . . . to help them feel good about their historic contribution to science . . . and math and engineering.” Bolden is a decorated military officer, but he might have worried more about the underfunded and sclerotic NASA building rockets before he assured Al Jazeera that it will find ways to emphasize the historical scientific contributions of the Islamic world.

Gen. Eric Shinseki, who became a hero to the progressive anti-war movement for his congressional testimony during the Bush administration questioning troop levels, became Obama’s Secretary of Veterans Affairs. But the agency was quickly mired in scandals at the Veteran Health Administration, where critically ill veterans were not given prompt care, lives were needlessly lost, and records were doctored to cover up such incompetence. Like the IRS and the EPA, the VA also remains under a cloud of suspicion, well after Shinseki’s resignation.

Perhaps no agency has been rendered more suspect that the U.S. Immigration and Customs Enforcement, or ICE, largely because U.S. immigration enforcement for all practical purposes has been rendered null and void, and no longer can or will stop illegal immigration from crossing the southern border. The old reputations of the “Border Patrol” as a no-nonsense law enforcement agency that ensured foreign nationals entered the United States legally has been redefined by ICE as a sort of politicized facilitator of executive amnesties. Over 300 municipalities in multiple states have now declared themselves exempt from enforcement of federal immigration law, and ICE has agreed that it will allow such nullification of federal law and will not deport over one million illegal aliens who have been arrested and charged with or convicted of crimes.

The Department of Homeland Security under Secretary Janet Napolitano admonished Americans that “terrorism” should be redefined as a “man-caused disaster” and counter-terrorism as an “overseas contingency operation,” while issuing a report warning that among our chief terrorist threats was not radical Islam, but right-wing extremism, especially among supposedly suspect returning war veterans. The agency proved inept in articulating and assessing the threat of Islamic terrorism following the Fort Hood, San Bernardino, and Orlando terrorist attacks. Just as the IRS seems more interested in pursuing conservative groups than tax-cheaters, so too does DHS seem more concerned with finding euphemisms for terrorist attacks to deflect responsibility away from radical Islamic terrorism. Certainly under the current Secretary Jeh Johnson, DHS does not see serious existential security challenges from either illegal immigration or radical Islamists, but rather seems more worried about the undue reactions of Americans to such perceived violations of the law and threats to their national security.

To the above alphabet scandals could be added the a number of scandals involving the Secret Service; the General Service Administration debacle of lavish conferences and unauthorized government junkets; the abrupt post-election resignation of CIA Director Gen. David Petraeus under mysterious circumstances; the likely forced resignation of Secretary of Health and Human Services Kathleen Sibelius after the promises of the Affordable Care Act proved fantasies and its website unworkable; and the diminution of National Security Advisor Susan Rice, who falsely assured the public on five Sunday morning news outlets that the Benghazi terrorist attacks were the fallout from an obscure video maker (subsequently jailed)—when both she and Secretary of State Clinton already knew that an al Qaeda affiliate was responsible for the killings and that such terrorism proved inconvenient to the pre-election narrative of an “al Qaeda on the run.”

What do all these scandal and embarrassments have in common? Aside from the fact that many appointees were selected based on their progressive bona fides and that they saw their missions to promote liberal causes, sometimes even at the cost of overriding their own agencies’ mandates, there was a widespread sense that the law simply did not apply to them. The President set the tone with a series of executive orders that overrode federal immigration law. He arbitrarily suspended some elements of the Affordable Care Act for fear that they would prove unpopular in the months before the 2012 election, and has bypassed congressional oversight and jurisdiction, whether by sidestepping the Senate’s ratification of treaties with the Iran deal or allowing the EPA to create new laws regulating coal plants and water standards that were never ratified by Congress.

The ensuing message was that social awareness, fairness, and egalitarianism trumped the rule of law. And the result was that an IRS director, a Secretary of State, an Attorney General, and a Department of Homeland Security Director were assessed not by whether they executed the law but by whether they promoted a progressive agenda.

The Obama administration in this regard was largely successful in warning conservatives that the government was not neutral, but now a force for social justice, led by a “pen and phone” president who was quite willing to reward friends and punish enemies, without much worries over the legal niceties involved. Given a largely obsequious media, it will take years to assess the full legacy of the Obama administration. But, eventually, historians will find that it marked one of the more politically driven, corrupt, and unconstitutional eras in the history of American governance.