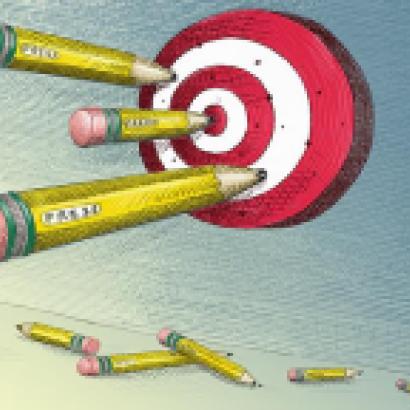 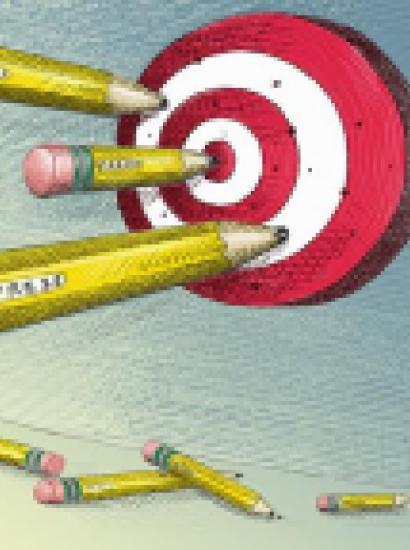 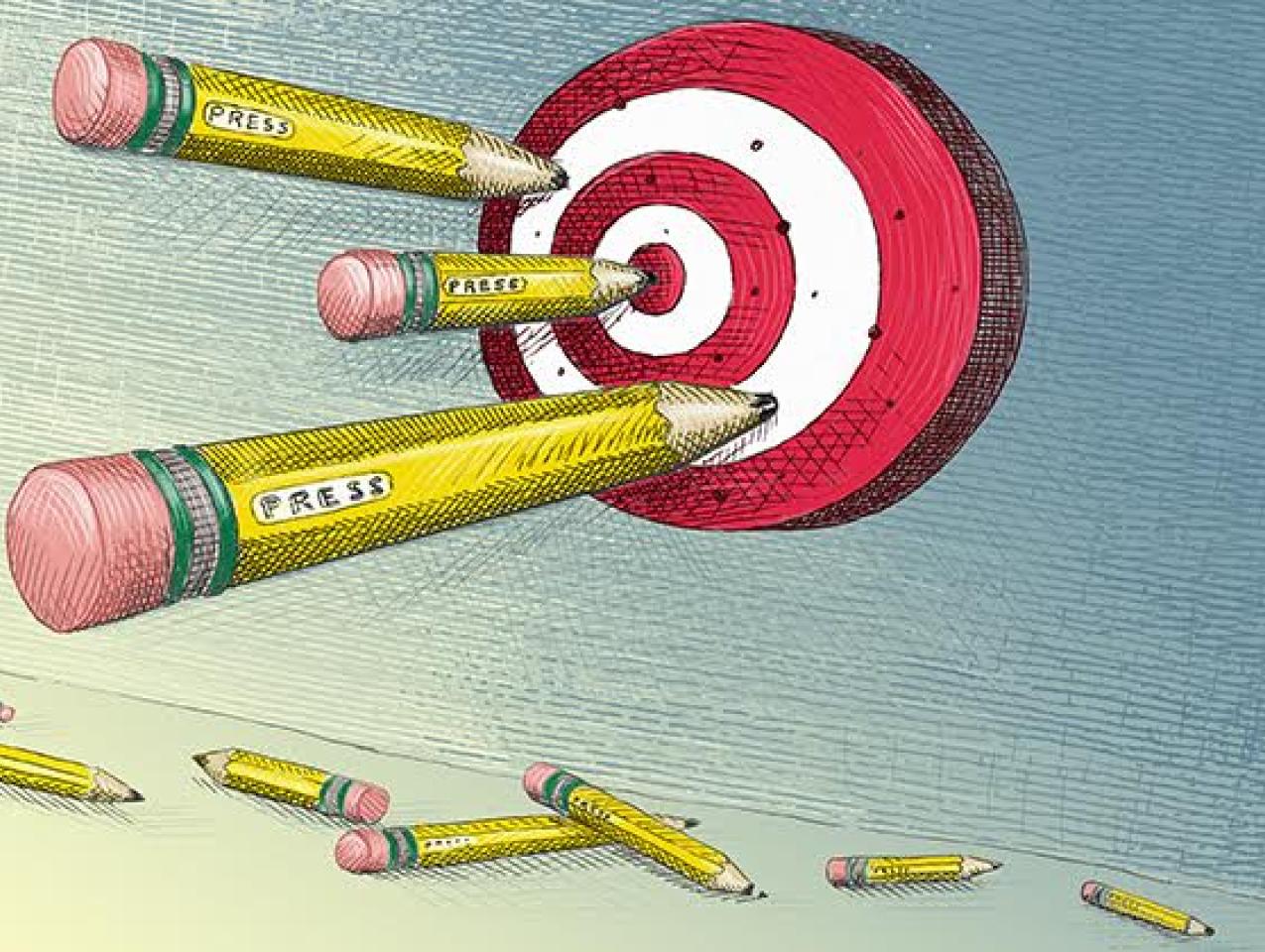 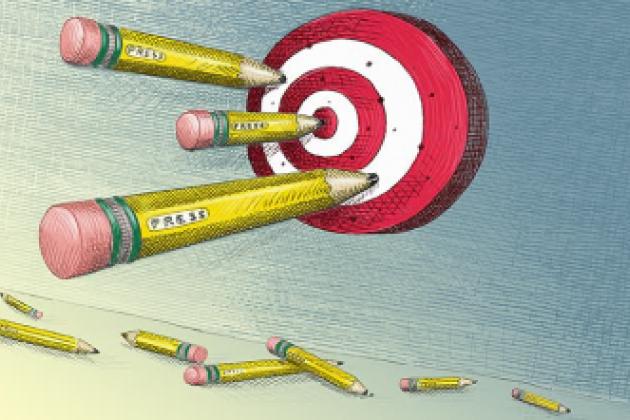 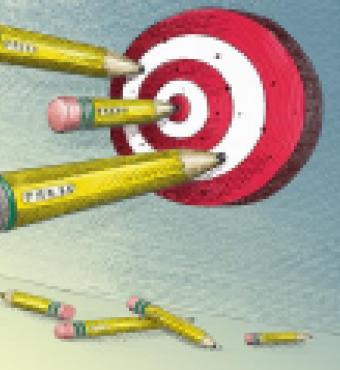 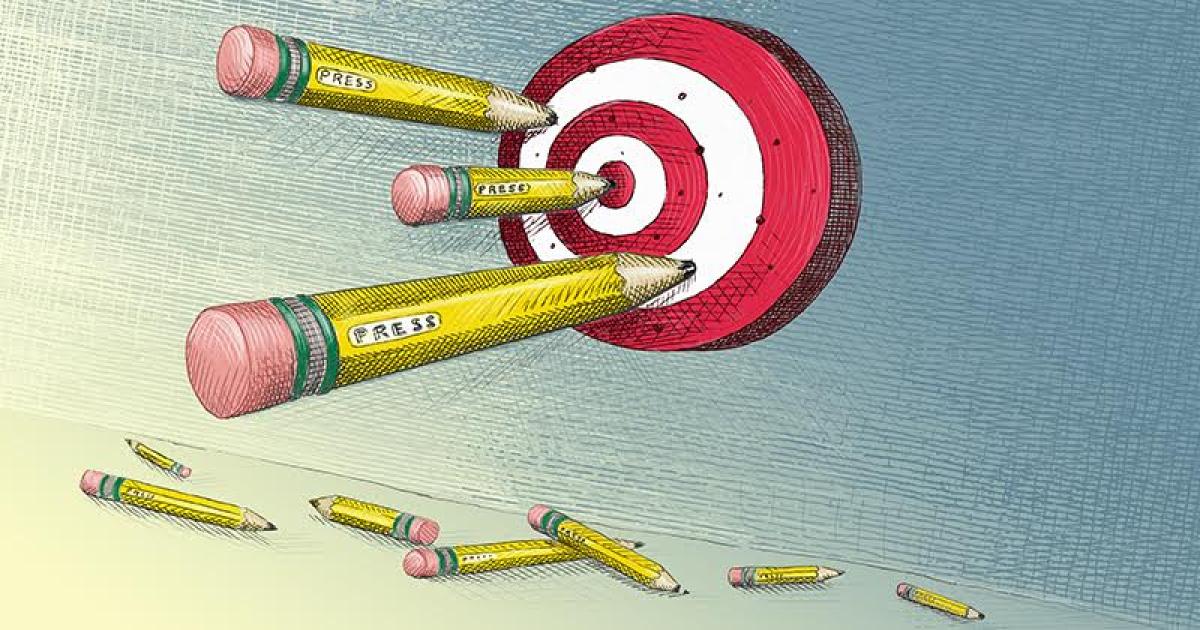 Between 2008 and 2016, the media were unapologetic about their adoration of President Barack Obama. Now, they are energized by their thorough loathing of President Donald Trump. In tragic fashion, the hubris of deifying Obama has now come full circle to the nemesis of demonizing Trump. The common denominator of the two extremes is the abandonment of disinterested reporting.

When Obama announced his candidacy for president in 2007, the media relinquished pretenses of objectivity. The progressive Obama, who had the most partisan record in the U.S. Senate after less than four years in office, appeared to progressive journalists to have come from central casting: glib and charismatic, an Ivy-League pedigree, mixed racial ancestry, a power marriage to a Harvard-trained black lawyer, and an exotic name resonant of multicultural fides.

By comparison, even the would-be first female president Hillary Clinton seemed staid. In the 2008 general election, moderate Republican John McCain—once the darling of the liberal press during his bid to sidetrack George W. Bush in the 2000 Republican primaries—was reduced to a cranky spoiler of the nation’s rare chance to be saved by the messianic Obama from the Bush era’s legacy of war, economic crisis, and callousness.

In the 2008 campaign, reporters ignored the close and disturbing relationships between the mostly unknown Obama and a cast of unsavory characters: his racist and anti-Semitic pastor Rev. Jeremiah Wright, the neighborhood confidant and former terrorist Bill Ayers, and the wheeler-dealer and soon-to-be felon Tony Rezko.

Instead, journalists quickly started worshipping candidate Obama in a manner never quite seen before, not even in the days of the iconic liberal presidents like Franklin Delano Roosevelt and John F. Kennedy. Newsweek editor Evan Thomas declared Obama to be a deity (“Obama's standing above the country, above the world, he’s sort of God.”) His very words were able to make the leg of MSNBC’s Chris Matthews “tingle.” His pants’ crease proved for David Brooks a talisman of his future greatness, along with the fact that the mellifluent Obama “talks like us.”

While a few journalists were aware of their cult-like worship, most were hooked and competed to outdo one another with embarrassing hagiographic praise. Upon election, Obama was summarily declared by one presidential historian and television pundit to the smartest man with the highest IQ ever to have been president.

Obama himself channeled the veneration, variously promising in god-like fashion to cool the planet and lower the seas, remarking that his own multifaceted expertise was greater than that of all of the various specialists who ran his campaign. For the next eight years, the media largely ignored what might charitably be called an historic overextension of presidential power and scandal not seen since the days of Richard Nixon’s presidency. A clique of journalists set up a private chat group, JournoList, through which they could channel ideas to promote the Obama progressive agenda.

Freed from most press scrutiny, the Obama administration surveilled Associated Press reporters accused of leaks and monitored the communications of Fox News’s White House Correspondent James Rosen. In a variety of scandals, UN Ambassador and National Security Advisor Susan Rice lied repeatedly about the Benghazi catastrophe, the Bowe Bergdahl prisoner swap, the Iran deal, and the supposed destruction of weapons of mass destruction by the Assad government in Syria. Meanwhile, Obama’s Attorney General Loretta Lynch faced inquiries about massaging the investigation of Hillary Clinton’s private email server. Close advisors such as Rice and UN Ambassador Samantha Power faced congressional inquiries into whether some in the administration had requested improper surveillance reports of political opponents, unmasked their names, and illegally leaked them to the press—a story that the media overlooked.

Most Obama foreign policy initiatives proved disappointments: reset with Vladimir Putin’s Russia, the bombing of Libya resulting in postwar chaos, the withdrawal of all U.S. peacekeepers from Iraq, the faux redlines with Syria, failed “strategic patience” with North Korea, writing off the ISIS terrorist caliphate as “Jayvees,” and the expansion of Chinese bases into the South China Sea.

At home, Obama was the first president in recent history never to have achieved three percent economic growth, as labor non-participation rose and median family incomes fell. The media largely ignored a series of scandals, as if investigating them might endanger the Obama progressive moment: the politicization of the IRS, FBI, and Justice Department; ICE reduced to de facto irrelevance; fraud at the VA; overreach at EPA; and incompetence at the Secret Service and GSA.

Rather than appreciate such media obsequiousness, Obama sometimes showed near contempt for toadyish reporters, joking about his positive press coverage and joshing how he got the Nobel Peace Prize without much accomplishment. His deputy National Security Advisor and would-be novelist Ben Rhodes contemptuously manipulated and then wrote off young foreign correspondents as know-nothings—despite the fact they had helped the administration obfuscate the dangerous implications of Obama’s Iran deal through what Rhodes called an “echo chamber” of administration-fed talking points.

Former speech writers Jon Favreau and Jon Lovett joked on television how they had easily deluded the public on the downsides of Obamacare. Special advisor Jonathan Gruber laughed at the “stupidity of the American voter” who was easily deceived by the administration and media about the nature of Obamacare. Again, the common denominator was an expectation that the press was not a public watchdog but an enabler of the Obama agenda.

By the time of 2016 presidential race, the media had lost their credibility as disinterested guardians of objective truth. And while Hillary Clinton in 2016 was no Barack Obama in 2008, reporters still gave her special privileges. CNN talking-head Donna Brazile fed debate questions to the Clinton campaign prior to a Clinton-Sanders televised debate. And the John Podesta Wikileaks trove revealed that a number of marquee reporters were openly colluding with Clinton to defeat Trump.

Once the media crossed the Rubicon of partisanship, there was no turning back. The unchecked ebullience that they had showed for Obama has now been replaced by an undisguised hatred for Donald Trump. Just as journalists saw no negative repercussions in their adoration of Obama, they are now able to denigrate the conservative populist Trump without consequences. Arrogance plays a role: the media feel that they displayed power in getting Obama elected and now they wager that they can also ensure Trump’s defeat, or at least derail his presidency

The liberal Harvard Kennedy School and Shorenstein Center on Media, Politics and Public Policy issued a report recently showing how the media has established a “new standard” of negativity in presidential reporting. It noted that the aggregate news stories from the first 100 days of the Trump administration were about 80% critical. Some networks such as CNN aired 93% negative coverage of the president.

CNN was forced to fire three reporters for creating fictional news about the Trump administration. Some of its anchors and hosts used scatology to denigrate the president. CNN's New Year’s host Kathy Griffin was fired at the end of May 2017, for holding up a facsimile of the decapitated head of Trump. Some producers were caught on tape bragging about CNN’s biases against Trump and the stupidity of the voters who elected him.

Media hosts and commentators have been lavish in their coverage of progressive efforts to subvert Trump—whether it was getting the Electoral College to deny Trump the presidency; the attempts to overturn the voting results in three states Trump won; the move to impeach him or remove him by the 25th Amendment; or to find him guilty of obstruction of justice or collusion with the Russians.

Some exasperated journalists have been at least intellectually honest enough to admit that the profession should no longer adhere to traditional norms of disinterested presidential reporting in the post-Obama age. According to Christiane Amanpour, Carl Bernstein, Jorge Ramos, and Jim Rutenberg, the singular menace of the Trump presidency demands open anti-Trump advocacy, without the veneer of unbiased reporting.

What caused the media’s Trump meltdown? There were a variety reasons.

The nexus between beltway politics and the media, often cemented through marriages and familial relationships, recoiled that an outsider like Trump sought not just to overturn the Obama agenda but to do so unapologetically and with the same executive orders that Obama himself had bragged about in his “pen and phone” ultimata to make laws without the help of the Congress.

Moreover, Trump campaigned on an us/them, red-state/blue-state dichotomy. He smashed the proverbial Democratic blue wall—a fact that caused great unease to liberal journalists who sensed that half the country found their coastal progressive culture not just foreign but apparently hypocritical and elitist.

In addition, the current generation of marquee reporters was schooled at the major journalism schools by veterans of the 1960s, when the “new” journalism saw progressive political activism—opposition to the Vietnam War and the promotion of civil rights, feminism, and environmentalism—as the proper counterweight to traditional and supposedly regressive American values.

Postmodernism—the theory that there are no absolute facts or eternal truths, only interpretations based on power machinations—seeped out from university English departments into the larger elite culture. Such relativism may explain the epidemic of fake news accounts and plagiarism as alternative “narratives” rather than simple untruths. Buzzfeed, for example, published the infamous fake Steele file, a lurid dossier of oppositional research against the Trump campaign, even though it admitted it could not confirm the veracity of the salacious accusations against Trump. But who was to say that the accusations were any more true or false than any other? In such anything-goes fashion, Politico’s Julia Joffe channeled the vulgarity of television celebrities like Steven Colbert and Bill Maher in suggesting an incestuous relationship between the president and his daughter.

Trump was neither shy nor decorous in punching back, ridiculing the appearance of on-air talking heads, relegating them to back of the room slots at press conferences, and going over the head of the media through often crude ad hominem tweets. Although polls (whose reliability remains questionable after the 2016 election) rarely showed figures higher than forty percent for Trump, the media is held in even less regard, with about two-thirds of those polled expressing their disapproval of journalists.

If the media became unhinged in the adulatory Obama years through hubris, it might have earned back its respect and professionalism by covering Trump in even-handed fashion. But Nemesis does not work that way: those it destroys, it first makes mad.