We should not let his character flaws distract from his policy wins. 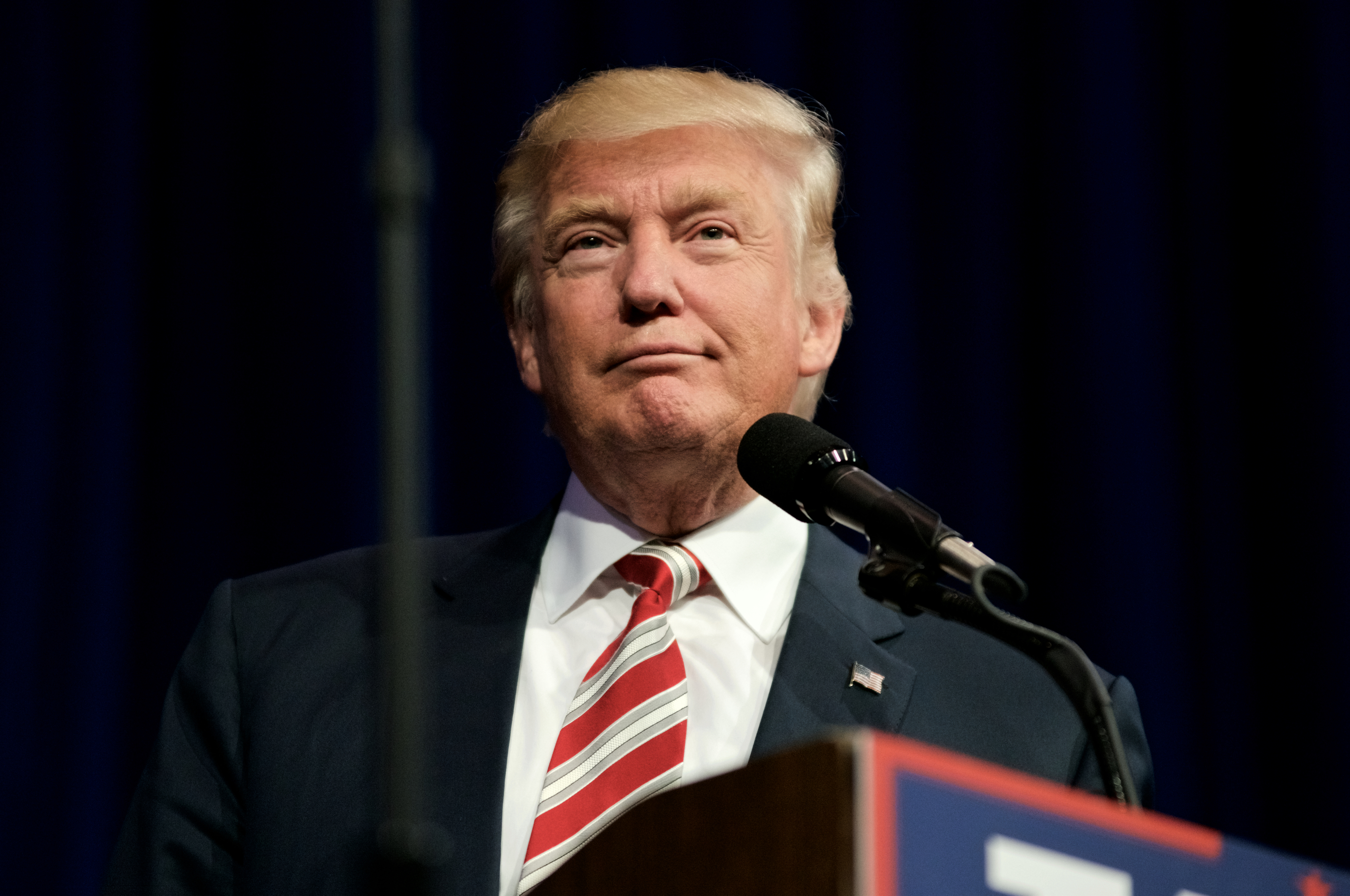 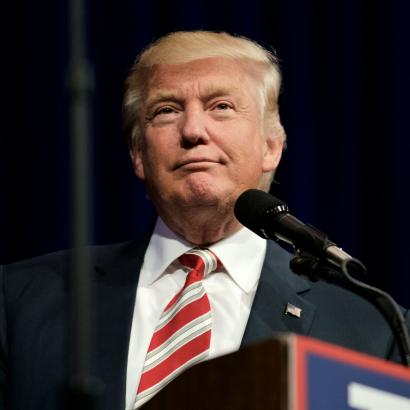 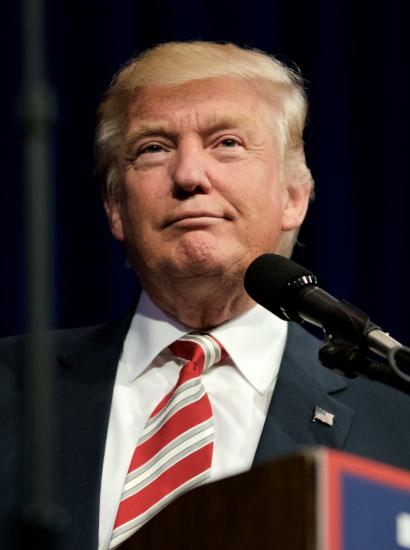 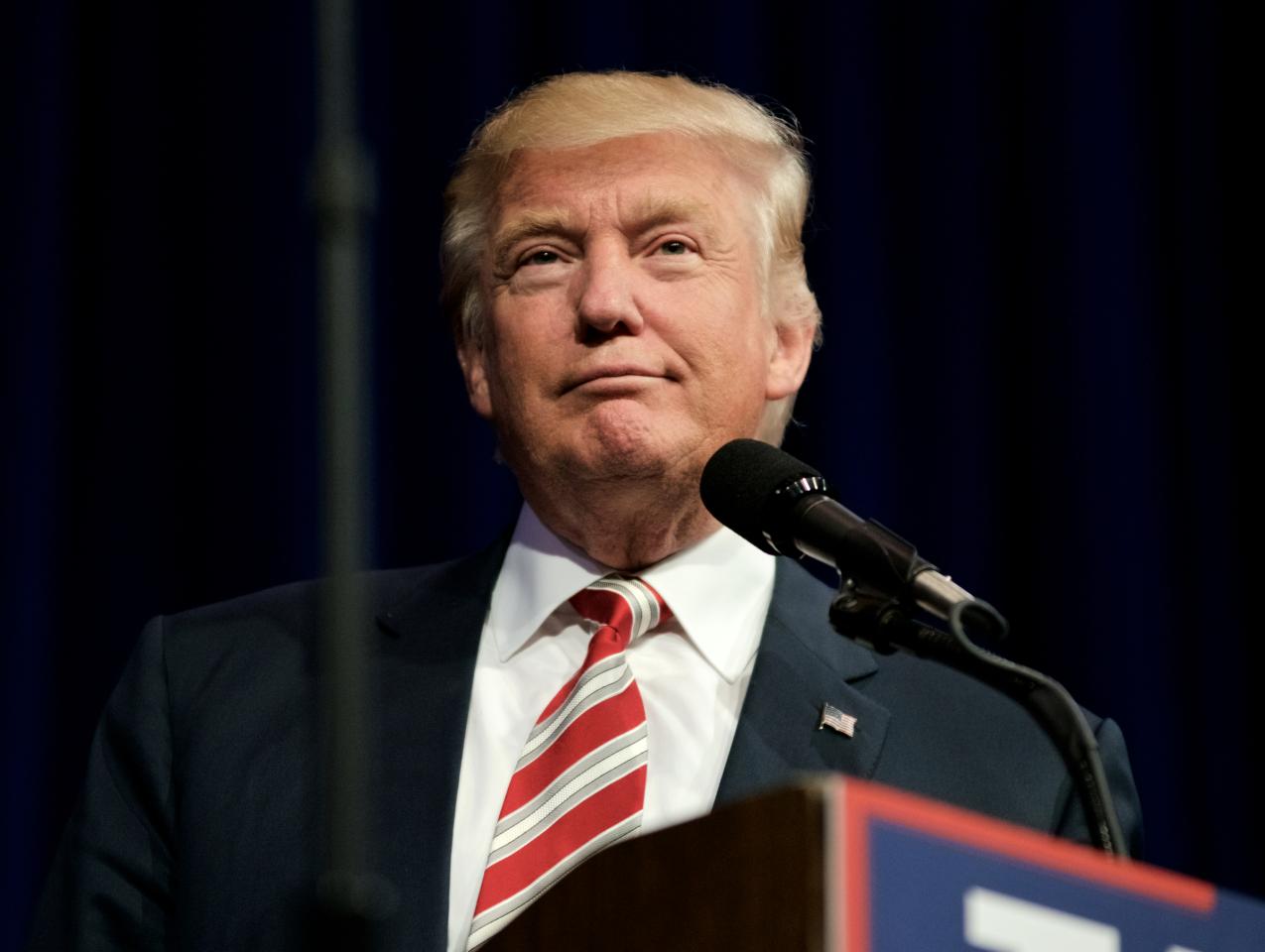 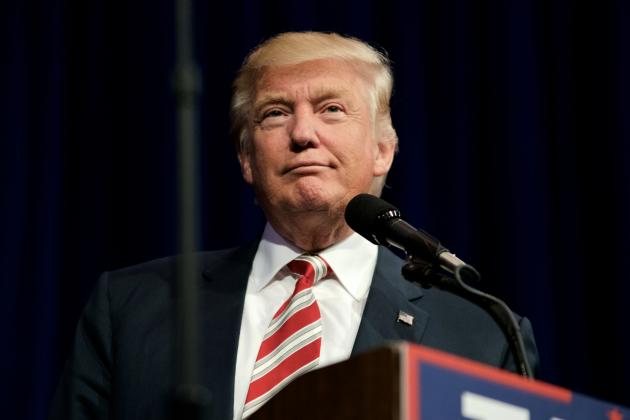 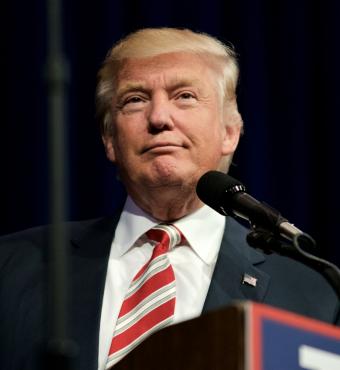 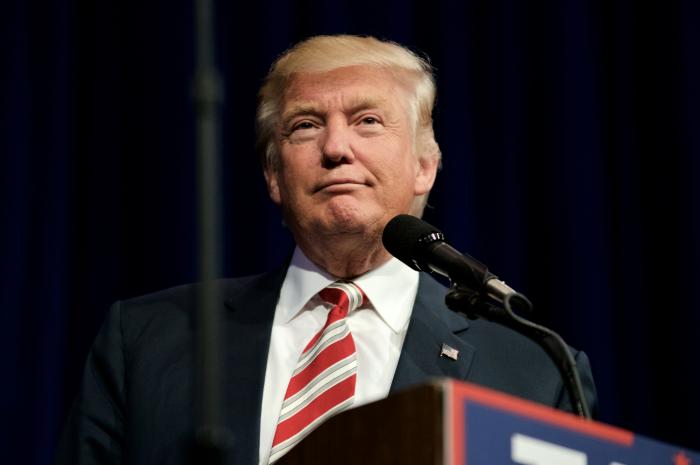 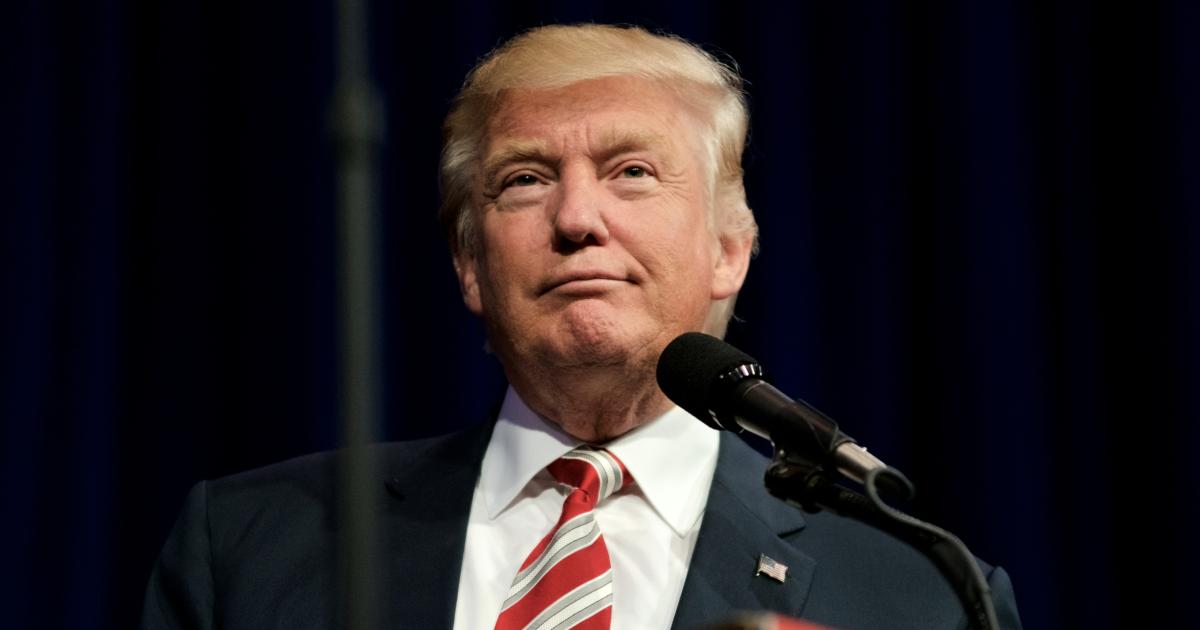 Choosing a president often requires voters to resolve a tension between two factors—the personal traits of the candidate and the policies that he and his administration will implement. How do Joe Biden and Donald Trump stack up on these measures?

The Democrats present Biden as a sensible, experienced administrator who will remedy the social divisions of the Trump era—now wracked with looting and violence—by restoring calm and order. But Biden is not without his weaknesses.  Lingering concerns regarding his mental fitness will not go away. His penchant for gaffes and outbursts on the campaign trail is likely to persist. A sympathetic press has largely refrained from scrutinizing his son Hunter’s involvement as a board member of the corrupt Ukrainian gas company Burisma, and likewise has ignored charges of Biden’s alleged sexual improprieties, most notably those tied to Tara Reade..

Putting Biden’s character issues to the side, the inquiry then shifts to his substantive policies. A classical liberal such as myself insists that government should restrict itself to a limited menu of topics, and staunchly resists excesses in regulation and taxation. In my opinion, there is not a single issue on which he and his party take the correct position. Neither Biden nor his party’s platform recognize the limits and inevitable pitfalls of aggressive government action. Given Biden’s platform, taxes, especially of the rich, will dramatically increase to fund massive programs of redistribution intended to underwrite a long list of positive rights—education, health care, union representation, and equal pay.

In one breath, Biden promises that he can create “millions of new jobs” while simultaneously endorsing a massive set of efficiency-reducing restrictions on the labor market, including a $15 minimum wage, vigorous enforcement of wage and hour laws, the repeal of right-to-work laws, and a return of the secondary boycott, which would give unions the power to target the suppliers and customers of any firm with whom they have a labor dispute. This program suffers the incurable vice of increasing monopoly power for some workers at enormous administrative costs that will raise prices, stifle innovation, and pose the risk of yet another “strike wave” that could cripple the economy.

Biden insists that his proposals will promote gender and racial equity, but it is just those labor protections that keep vulnerable groups out of the marketplace. The constant Democratic trope that the economy is “rigged” for the rich ignores the benefits of deregulation and lower tax rates. This helps to explain why employment levels and wage growth for disadvantaged groups did better under Trump than under Obama. Biden’s regulation of labor markets, along with his higher taxes on both ordinary income and capital gains, and a  possible unadministrable wealth tax, will produce a deep economic slowdown that will only compound the losses from the COVID-19 pandemic.

Covid-19 deaths are still concentrated in those progressive Northeast strongholds where governors forced COVID-19 patients into nursing homes, shut down all elective medical treatments, and engaged in excessive lockdowns and quarantines. And Biden’s misguided commitment to tackle the problem of global warming by his modified version of the Green New Deal will only make matters worse.  Right now California sustains rolling blackouts in part because of its need to buy electricity at huge costs in the spot market whenever the sun goes down. Similarly, his “Environmental Justice and Equitable Economic Opportunity” plan either ignores or exacerbates the underlying causes of the fires currently burning out of control in California, which are attributable to poor land management and excessive reliance on wind and solar energy.

Nonetheless, the Democrats appear to hold a commanding lead in both national and battleground state polls—and, as ever, Donald Trump is his own worst enemy. On the issue of character, his record is damning. His personal business dealings prior to taking office were dodgy at best. His refusal to disclose his tax returns is suspect, even if that withholding ultimately turns out to be constitutionally protected. Even his sister, Judge Maryanne Trump Barry, and niece, Mary Trump, have publicly stated that he is a person utterly without principles.  His obnoxious and hyperbolic tweets have always been an Achilles’ heel and a continuing source of gratuitous conflict His willingness to denounce “Sleepy Joe” and “Phony Kamala” may stir the blood of the faithful, but the tactic is a tired rerun of earlier attacks on “Crooked Hillary,” “Low Energy Jeb,” and “Lyin’ Ted,” all of which were beneath the dignity of the office. It is not possible to defend his comments about and alleged conduct towards women. The company he keeps is likewise disheartening. Many of his former cabinet members have advised against his leadership and character. People who know little about substantive issues are likely to be turned off by his inflammatory rhetoric.

The hard question is how much weight should be given to those faults. In 2017, I gave them greater weight than I do today, and for two reasons. First, his inexcusable string of tasteless denunciations, laced with racist slurs and gratuitous insults, are less common now. But the converse is not true—the vituperative attacks on Trump since the 2016 election, both with the Mueller investigation and the impeachment hearings, are far worse than anything that Trump has done. Unlike the President’s immature temper tantrums, these were conscious and sustained efforts to improperly drive him from elected office. It is hard to credit any claim that Democrats will bring a new gravitas to public office after their own excesses in dealing with Michael Flynn and Brett Kavanaugh. Indeed, under Biden it is likely that these unprincipled attacks will intensify.

Trump’s record reveals that his reckless rhetoric has not translated into reckless policies. Many principled conservatives, libertarians, and originalists thought that Trump would politicize the system of judicial appointments by putting second-rate hacks into key positions. But the Trump judges are by and large excellent and principled, with a substantial number being former Supreme Court clerks and noted academics. While Democrats will surely disagree with their politics, liberal lawmakers cannot question their qualifications.

There are many other areas where Trump’s performance has excelled. He may have said hyperbolically that “when the looting starts, the shooting starts.” But in dealing with the unrest in Portland, Oregon, his administration struck a sensible deal with Governor Kate Brown for an orderly, if partial, transfer of power from federal to state officers in safeguarding federal buildings. That the riots have continued unabated in Portland—and that unrest roiled cities like Seattle, Chicago, and Minneapolis—says more about the policies of their progressive governors and mayors, especially with respect to their latent hostility to the police, than about the Trump presidency. It is fair to ask whether such disorder will continue if a Biden administration takes the same weak stance against violence and unrest.

Trump’s conduct in foreign affairs also has its high points. It has often been said that Trump is a warmonger with no grasp of foreign policy. Nowhere would those tendencies be more dangerous than in the Middle East tinderbox. Yet he deserves top marks for brokering the treaty between Israel and the United Arab Emirates, whereby the Israelis gave up their risky plans for annexing parts of the West Bank in exchange for the normalization of its relations with the UAE—with prospects that the Saudis, too, may yet sign on. The deal weakens Palestine’s ability to dictate Middle East peace negotiations, leaves room for a two-state solution, and strengthens the Middle Eastern opponents of Iran, which received an all-too favorable deal from the Obama administration. This last round of negotiations contrasts favorably with the futile efforts of Obama’s Secretary of State, John Kerry, to broker an Israeli-Palestinian deal, which led the United Nations Security Council to denounce Israeli settlements after a last-minute abstention by the United States. Past Democratic efforts hardened divisions in the Middle East. In contrast, Trump’s ability to find and use leverage in negotiations may have brought the region closer to lasting peace.

Speaking more generally, the Trump administration has taken sensible steps in the areas where the Democratic program is weakest. It has sought to remove crippling regulations under the National Environmental Policy Act. The administration also withdrew from the Paris Climate Accord over three years ago, and its policies have encouraged fracking and authorized the creation of new pipelines. Moreover, it has employed a generally light hand on labor regulations. Trump still remains suspect on free trade—as do the Democrats—and his positions on immigration are often offensively jingoistic.

But 2020 is not 2016. All in all, Trump is currently the sounder candidate with the stronger record.