Propaganda is older than the medieval printing press, and every communications innovation increases the propagandists’ reach. Westerners most often think of propaganda coming from its two ardent twentieth-century practitioners: the German Nazis and the Soviet communists. 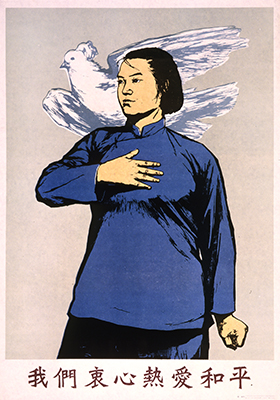 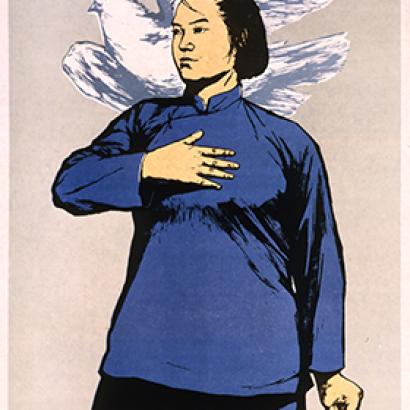 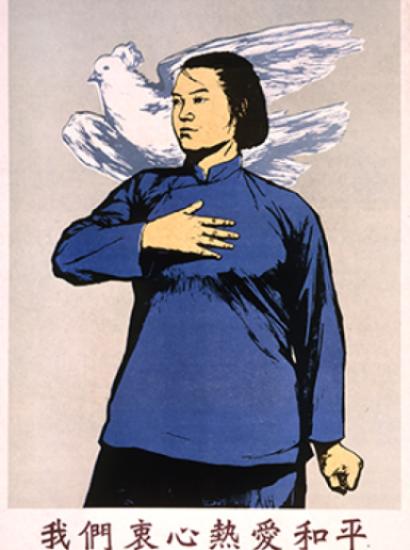 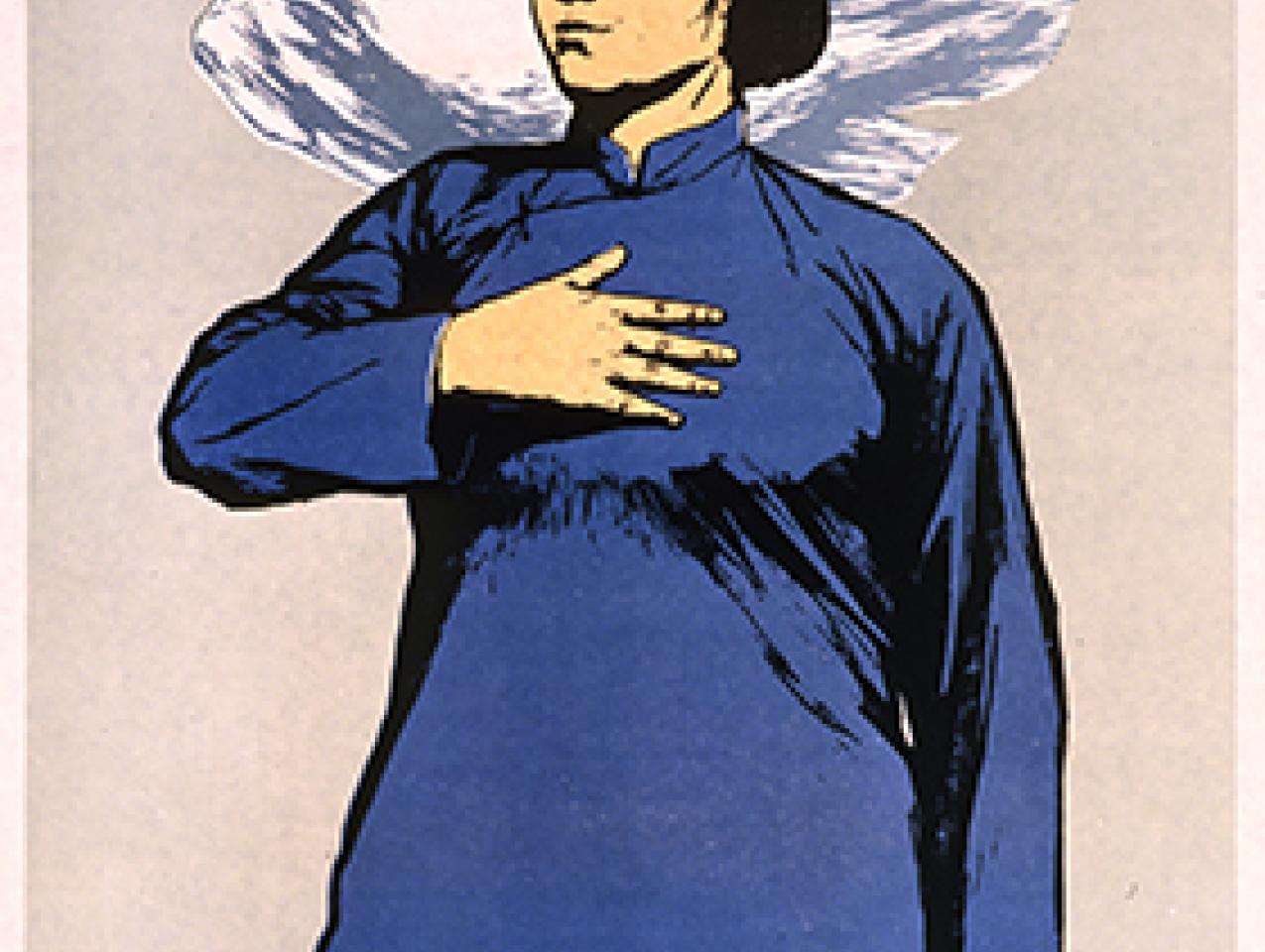 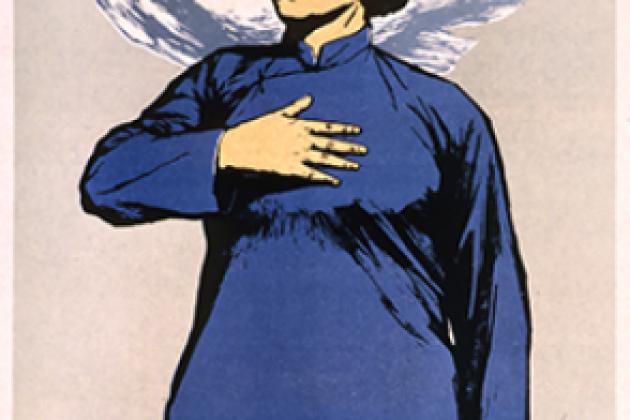 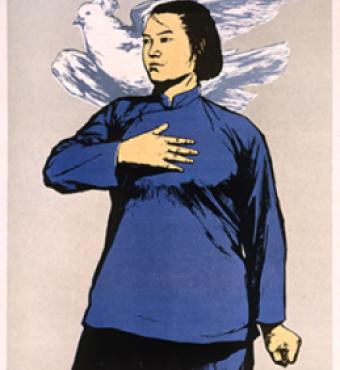 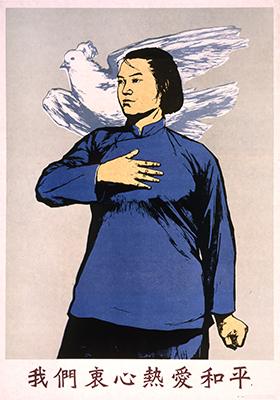 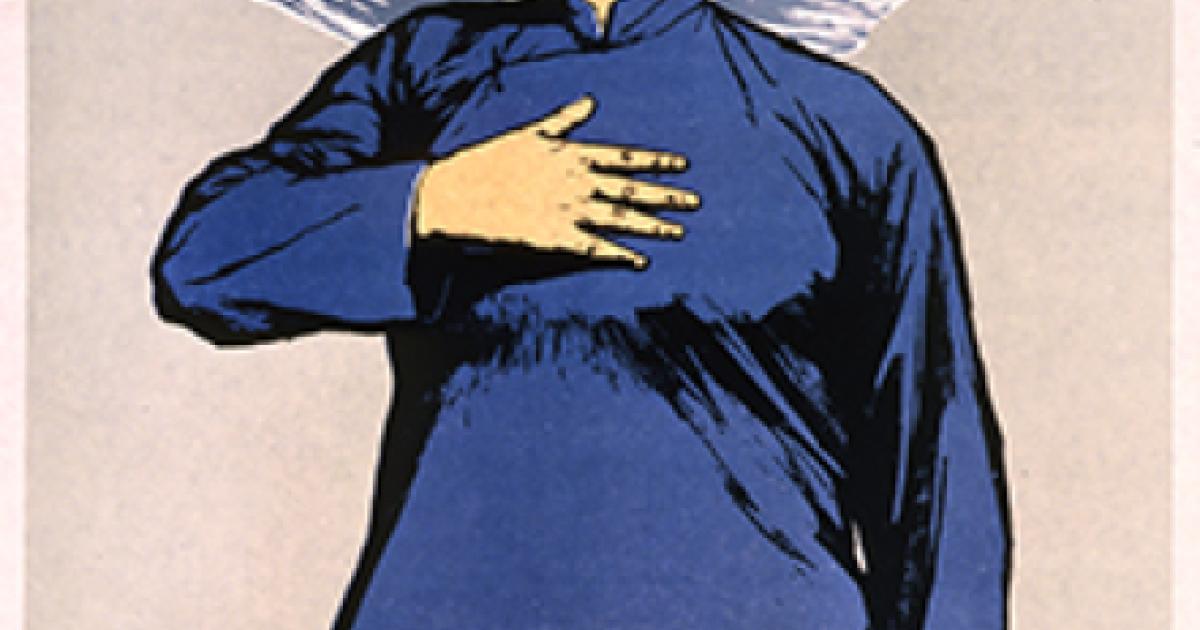 Propaganda is older than the medieval printing press, and every communications innovation increases the propagandists’ reach. Westerners most often think of propaganda coming from its two ardent twentieth-century practitioners: the German Nazis and the Soviet communists. Joseph Goebbels, Hitler’s Minister of Propaganda, laid out plainly the role of propaganda in a totalitarian regime: “It is the absolute right of the State to supervise the formation of public opinion…not every piece of news should be published, but instead those who control news policies must make every piece of news serve a certain purpose.”

Today’s totalitarians hold the same view. Like the Nazis and the Soviets, twenty-first-century communists in Beijing also place a premium on propaganda as the most crucial regime support mechanism. And in comparison to their predecessors’ propaganda, the Chinese Communist Party (CCP)’s efforts have been greatly enabled by advanced technologies, becoming much more systemic, sophisticated, and dangerously effective. In today’s China, the Central Propaganda Department of the CCP Central Committee commands enormous authority and resources, employing tens of millions of communist “propaganda workers” at all levels of the communist state, with an unlimited budget.

Closely following the guidelines on propaganda laid out in classic Marxist-Leninist writings, the CCP has conducted a century-long propaganda campaign against two targets: its own people, and the world’s democracies. For communists, propaganda is not a morally reprehensible act characterized by false representation of truth. Rather, propaganda is a virtue, a necessarily positive and crucial practice of governance.

The CCP’s domestic propaganda campaign against its own people is blunt and direct. It is achieved through absolute monopoly and total control of all news and information platforms, complete censorship, and coerced, and systemic indoctrination. Outside information is kept out behind a Great Firewall.

First, the CCP’s disinformation campaign in the U.S. has been massive. And the propagandists determined to undermine America’s confidence are aided and abetted by our country’s growing self-denunciation, from opinion-setting editorial boards to opinion-forming classrooms that see only vice in the world’s oldest democracy, but ignore the systemic goodness at its core.

The scale of this effort is hard to fathom. In 2020 alone, Twitter—a social media platform banned inside China, along with all other western social media apps—was forced to shut down close to 200,000 accounts linked to the CCP’s state-sponsored disinformation campaign. One since-removed tweet, from the Chinese embassy in Washington, described Xinjiang as a place of “emancipated women” who are no longer “baby-making machines,” a nauseating euphemism for genocide.

While the CCP conducts whole-sale racist genocide against its ethnic and religious minorities, Beijing denounces America’s so-called “systemic racism” using those same tools. The government of the People’s Republic of China (PRC)’s spokesperson, Hua Chunying, on more than one occasion led her anti-American Twitter tweets with “I can’t breathe” in the aftermath of the tragic death of George Floyd. Tens of millions of Chinese citizens, especially ethnic Tibetans, Uyghurs, and Kazakhs in the regime’s massive indoctrination and labor camp systems, are unavailable to comment, on Twitter or any other platform.

Today’s technologies have emboldened propagandists further. With Twitter, Facebook, and YouTube, the CCP spreads false information that the PRC is an ordinary democracy with guaranteed individual freedoms. The most breathtaking example in this regard is the recent episode of top Chinese diplomats lecturing their American counterparts, Secretary of State Antony Blinken and National Security Advisor Jake Sullivan, in a meeting in March in Alaska. In a long, uninterrupted disinformation diatribe they expounded the advantages of “the Chinese democracy” over American democracy.

Second, elite capture, often euphemistically referred to as the United Front Work, has been a seasoned practice of the CCP in conducting propaganda in the United States.

On July 13, 1990, the Vice-Consul of Culture, Propaganda, and Exchange in the PRC’s San Francisco Consulate General, who defected to the U.S. in the aftermath of the Tiananmen Massacre, told a Berkeley, California audience about how easy it was for the CCP propagandists like himself to capture American intellectual and social elites to function as the CCP’s proxies in the U.S.:

“The tactic Chinese propagandists use is not really very complicated. It is simple. It is always to work on your ego, on your business interests, on your curiosity, and especially with the Chinese students (in the U.S.), on your patriotism.”

“In the early 1970s when Nixon visited China, his visit was followed by a swarm of China experts from Hong Kong and the West. Surprisingly, these people were the easiest targets of all because they were self-important. They thought they knew everything about China.”

Indeed, since Nixon’s visit to China in 1972, the American elite’s ego, business interests, and curiosity about Chinese culture have supplied fertile ground and ample opportunities for the CCP to create a permanent class of the CCP propaganda proxies in the United States.

But elite capture goes further. Former senior government officials, including cabinet-level figures, routinely defend the CCP’s murderous acts, including the Tiananmen Massacre and other egregious human rights violations. Some of these former officials have even become registered agents for the Beijing regime and its CCP-controlled business interests in the U.S. Many of our leading universities and their talented professors often are coopted by the CCP to voice Beijing’s views in the U.S., masqueraded as research and objective surveys.

Not every captured elite is a hapless useful idiot. Yet, a significant portion of America’s intellectual and political elites share the responsibility for perpetrating key CCP propaganda agendas, including misleading the American public to minimize the degree to which the PRC is still a country ruled by a Marxist-Leninist communist party.

The manipulation of language is a prime example of this endeavor. Few people in the United States refer to the Chinese supreme leader by his real title, and the only one that matters: General Secretary of the Chinese Communist Party, who is without an exception a die-hard communist ideologue in command of a ruthless Leninist Dictatorship of the Proletariat. Instead, most Americans have almost universally, and falsely, rebranded him as “president” of China, a much more democratic-sounding but meaningless honorific.

The CCP uses such doublespeak to sell the American people a false ethos of modern China as a justly aggrieved nation, with its 1.4 billion diligent, party-loving people, being led by enlightened leaders working toward a historic comeback after a “century of humiliation.” Too many of our own intellectual and political elites have helped perpetrate this falsehood, and too often they hold a paternalistic view of the Chinese people as a monolithic block burdened by its 5,000 years of history.

The real history of the last century is very different from the Party’s lies. The fact is, ever since the 1919 May 4th Movement, the real guiding ethos of modern China has been one of striving toward universal values such as democracy and constitutional rule, and fighting against tyranny and dictatorship; and the CCP does not represent the 1.4 Chinese people—if it did, it would allow them to vote and stop gagging them.

Third, beyond disinformation and elite capture, the CCP’s propaganda is effective in the U.S. because of our key cultural institutions’ systemic self-censorship out of fear of the CCP.

Hollywood and the National Basketball Association are the most obvious examples. Maverick’s jacket in the upcoming Top Gun sequel will be missing a patch with the flag of Taiwan. The villains in the Red Dawn sequel were to be Chinese military officers, but the insignias were swapped with the North Korean flag—it doesn’t matter much to the bottom line if Pyongyang bans a studio’s film. The Houston Rockets—a basketball team close to Chinese citizens’ hearts because of Yao Ming—also got into hot water when the general manager retweeted in support of Hong Kong pro-democracy protests. He was forced to apologize, and few figures from the NBA have spoken up since.

The fourth, and most severe, form of communist propaganda today is brainwashing.

The CCP-controlled Confucius Institutes and the affiliated Confucius Classrooms have penetrated hundreds of college campuses and K-12 school classrooms in the United States. Rather than being centers for the competition of ideas focused on the teaching of Chinese language and culture, they have introduced to American youths the principle and practice of unanimity of opinions and self-censorship on topics considered ideologically incorrect by a communist dictatorship thousands of miles away, such as the Tiananmen Massacre, the Dalai Lama, and Falun Gong. They potentially make learning environments on free soil the same as on CCP-controlled territories.

The effects of this brainwashing are shown in the American Left’s adoption of the CCP’s key concepts and nomenclature. The Black Panthers got its initial ideological grounding and many of its political slogans from Chairman Mao’s Quotations, given to them for free in Oakland, California, by the Revolutionary Communist Party, USA. Today’s common use of the word “progressive” by the radical Left traces its intellectual origin straight to the Marxist-Leninist “dialectical” categorization of people into reactionaries and progressives. It is not from the modern legacy of the American Progressive Movement represented by William Jennings Bryan, Theodore Roosevelt, Robert M. La Follette, and Henry A. Wallace.

Beijing’s new-found power in the twenty-first century and the new technologies at its disposal make the problem of communist propaganda in our time urgent. But the most brutal and disturbing brainwashing campaign in modern history took place in the early 1940s in the CCP enclave of Yenan in North China, and was known as the Yenan Rectification. The primary method of Mao’s brainwashing in Yenan was “consciousness raising,” which has become since the 1960s the main strategy of the American Left, especially the radical American feminist movement.

The true meaning of “consciousness raising” was perhaps best described in the 1978 book In Search of History by Theodore White, the wartime China correspondent of Time magazine. He wrote about his 1941 interview with one of Mao’s right-hand men, a senior CCP military commander, and detailed how Mao’s “consciousness raising” percolated into American political life:

“The men who came in from the field, he said…had to have their minds washed out, had to be remolded in ideology…a full year was necessary to ‘remold the brain’ before they could go on to study military matters, or economics, or heal, or administration. His interpreter and I searched for a word better than ‘brain remolding’ and finally the interpreter came up with the phrase ‘raising the level of consciousness.’ This was the first time I heard that phrase, which, over the years, moved out of China and on to the streets and fashions of America in the 1960s.”

Such has been the tale of much of the history of the Chinese Communist Party’s propaganda. Theodore White is dead, but the CCP is not. America is ever more vulnerable to the CCP’s propaganda today than ever before.